The Catford Hill climb is the ‘oldest continuing cycle race in the world’, with a history dating back to 1886. It takes place annually on York’s Hill these days, on a Sunday in October. Last year I was disappointed to have missed this event because of really wet conditions. This time we were very lucky to have a slot of dry weather amid some very wet days.

Seven or eight of us met in the car park in Marden as usual at 9 AM. In fact the rest were just leaving as I arrived, so that was lucky. It was a misty morning, much colder than of late and most of us were in longs, long sleeves and gloves. I guess the wonderful extended Summer we have been having is finally over! We rode 22 fairly uneventful miles to the top of York’s Hill. 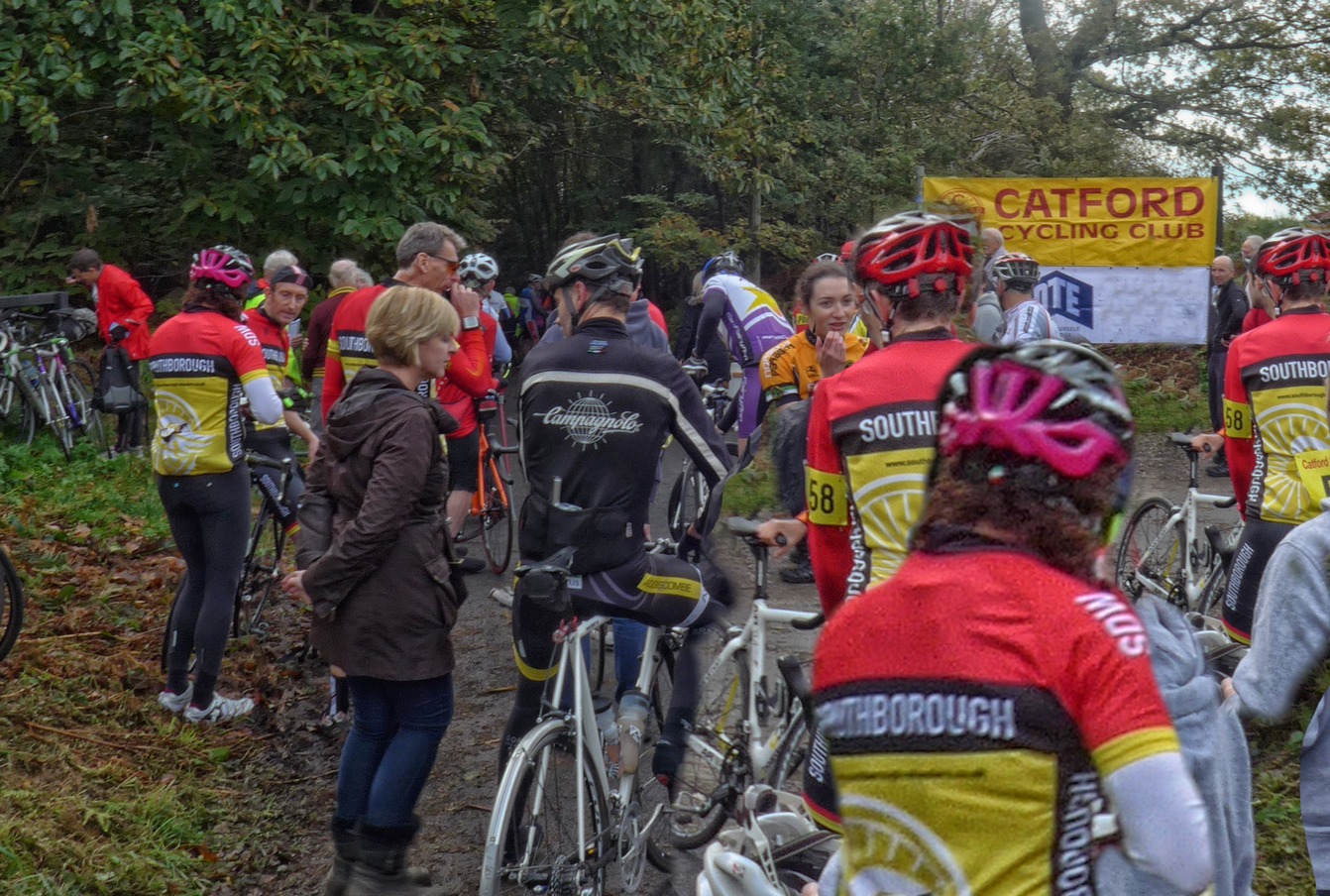 The first twenty minutes or so were spent queueing for an egg burger! The we made our way to various positions along the last 100 metres of the route. 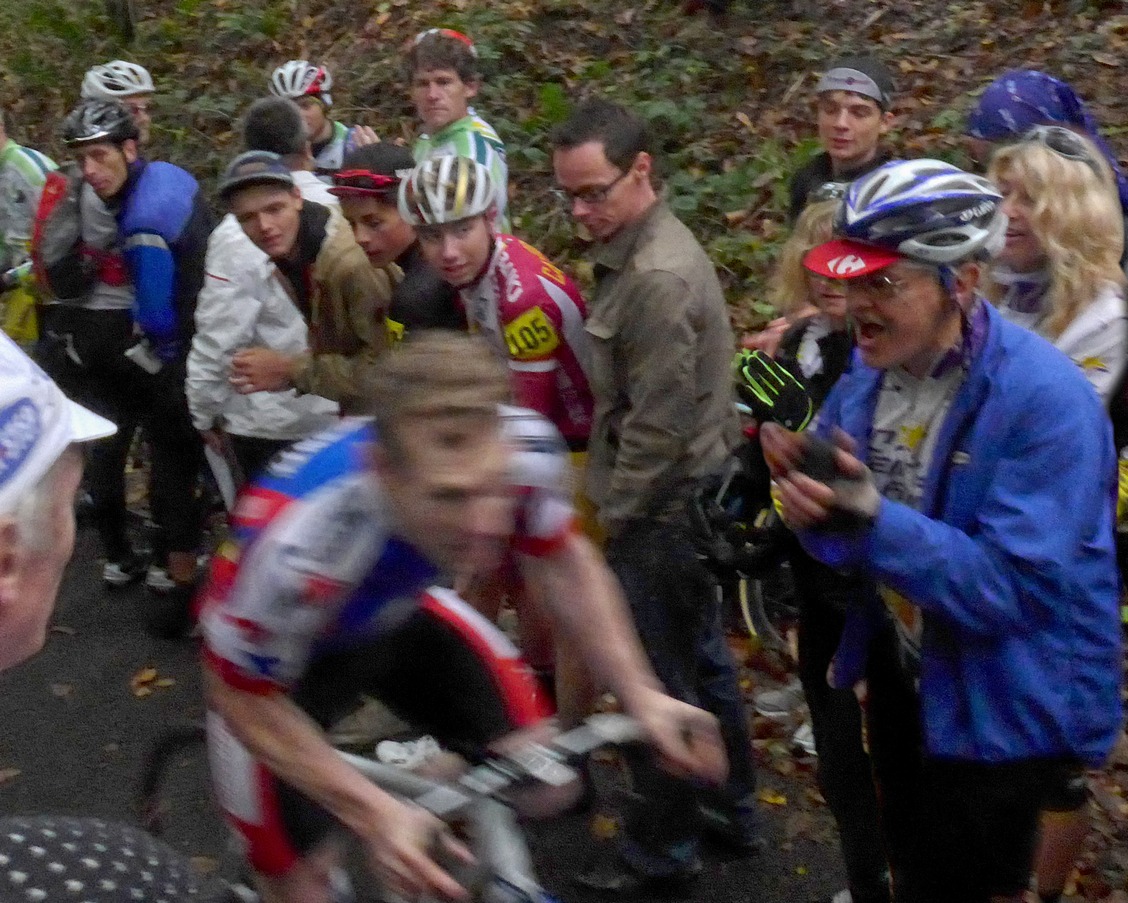 It was a great atmosphere. We watched as the competitors carved their way through the crowd in a bid for glory. 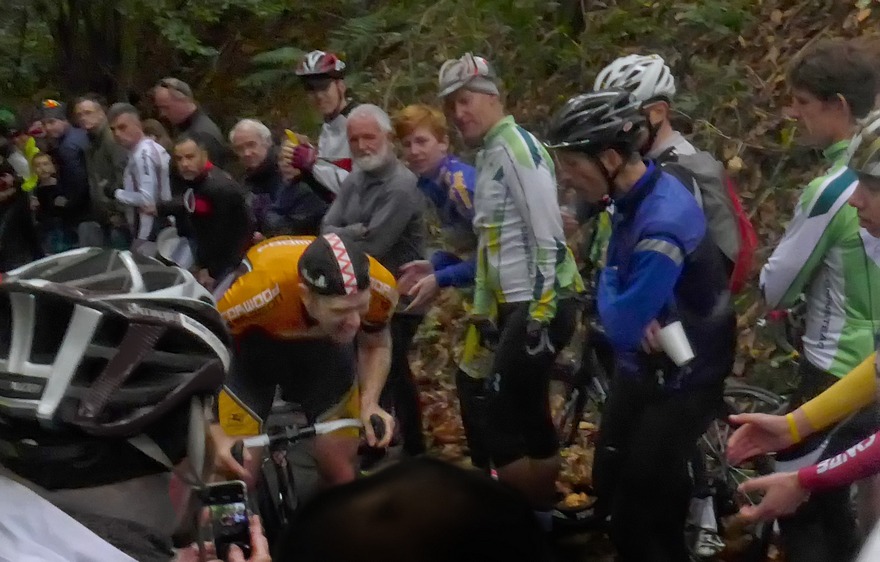 We were there for about 1hr 40 mins until the last competitor had finished. The winner’s time was 1min 55.6 seconds, faster than last year’s fairly slow times, no doubt due to the weather, but still the old record from 1983 stands. Will it ever be beaten? Full results here.

By the time we left I was pretty cold. It didn’t help that the first thing we encountered on the ride home was a fast descent of Ide Hill, which didn’t exactly warm me up! On the way back various riders peeled off leaving just three of us by the time we arrived back in Marden. I could have gone straight home but thought I’d get some extra miles in. I’m glad I finally got to see this historic event.