York’s Hill is one of the most famous hills around here, cycling-wise, by virtue of the fact that it is the scene of the oldest continuing bike race in the World, The Catford Hill Climb, first run in 1887. The current fastest time was achieved way back in 1983 by Phil Mason of the San Fairy Ann CC.

My first encounter with York’s Hill was on this ride. The gradient increases so gradually that it’s difficult to know where it starts. When you first turn the corner to head North up the hill, the road drops slightly, then climbs a bit, then almost levels out again, followed by 200 yds or so of 10%. Then it eases again before the good bit kicks in, starting off at about 14% and getting progressively steeper over the final third of a mile. Two short ‘blips’ in an otherwise constant increase hit 23%+, the second one of these being right at the end, before it levels off as it reaches the main road at the top.

For most of the steep bit you can’t see round the bend ahead to see where the end might be. Then eventually you do see light through the tree cover and that spurs you on to finish the job. 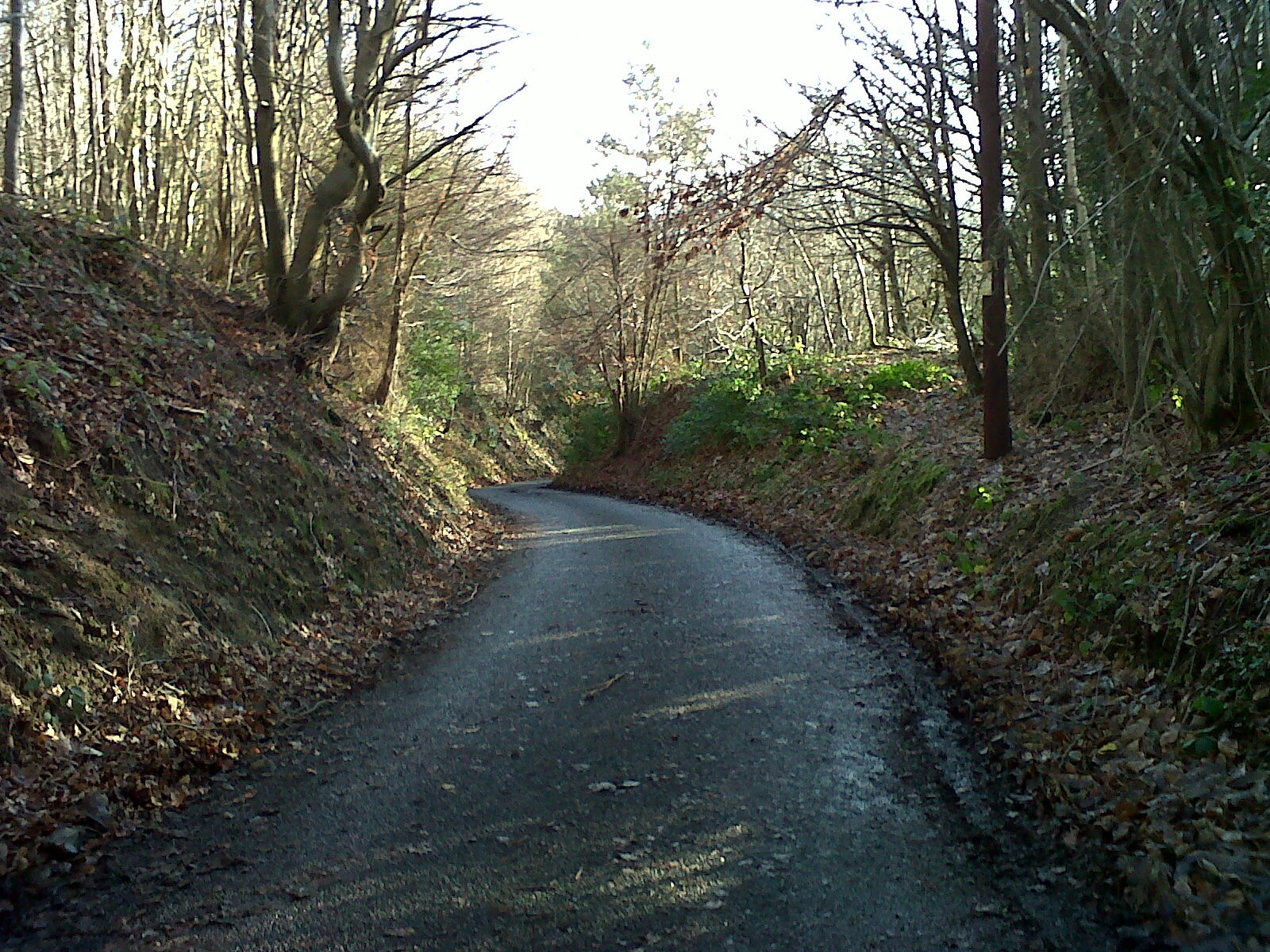 When I climbed it on this ride I was using 34T-front, 30T rear gearing. It’s certainly the steepest hill I have climbed with a 30T rear. When I was almost at the top a car came up from behind and passed. I thought at the time that if anyone looked out the car window they would see a man impersonating a fish gasping for air! My mouth was open as wide as it would go – I couldn’t get any more air in my lungs. I was totally at my limit.

Bearing in mind the higher gearing I had on the day I would say that York’s Hill is not quite as tough as Cob Lane. I’ll have to ride up it again with a 32T rear sprocket to see what difference it makes.