Last year I changed the tyres on my Colnago from 23mm, the accepted ‘standard’ width, to 25mm. Most research seems to suggest the wider tyres offer lower rolling resistance. And they are more comfortable. I have been very happy with them and wouldn’t go back to 23mm. More recently I read another article saying the 28mm tyres have even less rolling resistance and are even more comfortable. So I bought a pair of 28mm Continental Grand Prix 4000 S II 28-622 , not really knowing if they would even fit on my bike. I fitted them to the Giant Defy. I fitted them to the wheels and realised they would not fit between the brake blocks when inflated, so I had to deflate them, squeeze them between the blocks to get the wheel on and then inflate them once fitted. When I saw how little room there was left between the frame and tyre I realised there’s no way they would fit the Colnago. Also, annoyingly, I don’t think there would be room for mudguards on the Defy with them.

On the rear it was even closer between tyre and frame.

I first used them on a club ride to Rye Harbour. Wow! Comfort-wise it felt like I could ride over anything. They were very smooth. I had them inflated to 80psi, as recommended on the web.

As for the ride, six of us enjoyed a lovely sunny ride to Rye Harbour. 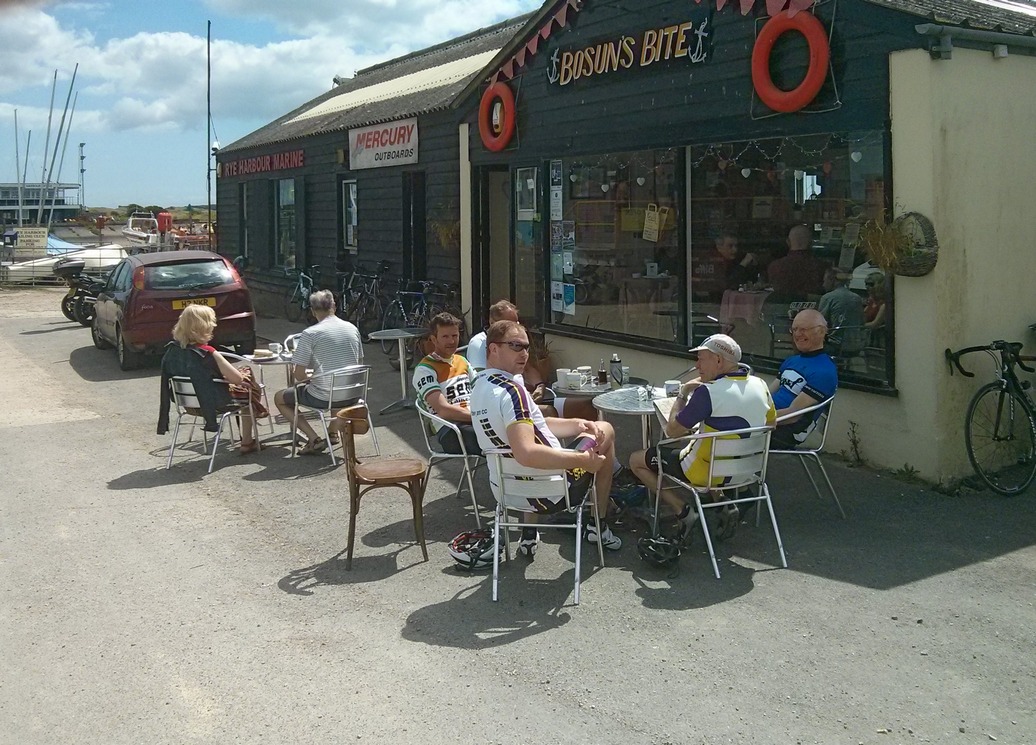