7:20 AM. The alarm wakes me. As I’m lying in bed I listen to the sound of the cars going by outside, and it’s bad news. I can tell by the swish of their tyres that the road is quite wet. I drag myself out of bed and look out of the window to see this: 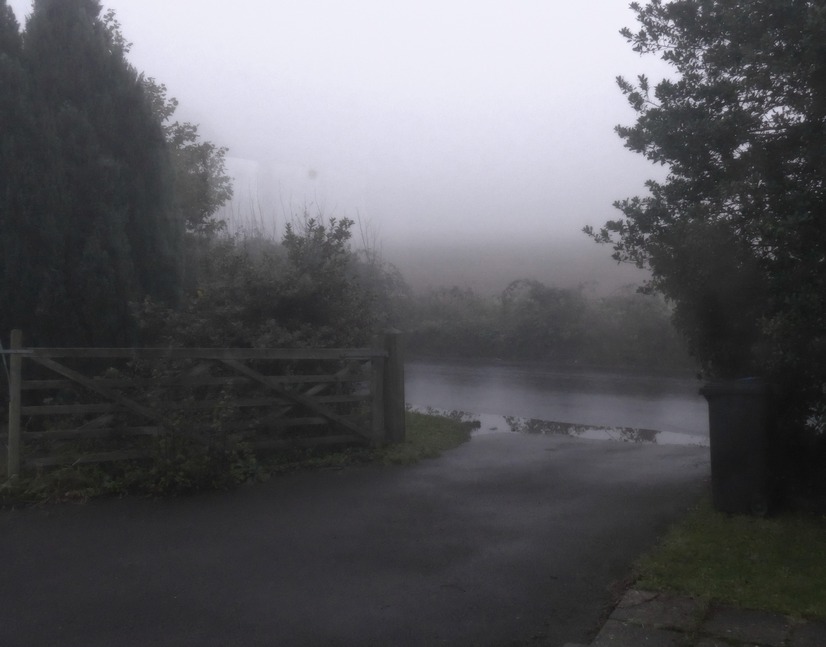 It’s a murky, misty wet morning. Not a very good start to a day when I’m to do my first time trial, or at least the first one since about 1973! Time to ruminate on Rule #9:

Rule #9 - If you are out riding in bad weather, it means you are a badass. Period.

Fair-weather riding is a luxury reserved for Sunday afternoons and wide boulevards. Those who ride in foul weather – be it cold, wet, or inordinately hot – are members of a special club of riders who, on the morning of a big ride, pull back the curtain to check the weather and, upon seeing rain falling from the skies, allow a wry smile to spread across their face. This is a rider who loves the work.

Maybe it will be less misty down in the Weald, I think to myself. Fifty minutes later I set off into the murk, wearing shorts + leg-warmers and a rain jacket.

On the first part of the ride my Garmin was freaking out. It kept displaying “Off course”, and then a few seconds later “Course Found”, then a few seconds later “Off course”, and so on. It was starting to get annoying because each of these messages was accompanied with a series of nagging beeps. Maybe it didn’t like being out in the inclement weather! A couple of miles further on it seemed to sort itself out. As is normal in misty conditions my glasses fogged up, so I took them off and hooked them in the neck of my jacket. I was heading towards Tenterden. As the journey progressed, the weather improved; the roads dried out, the mist cleared somewhat, and a hazy sun even tried to make its presence felt.

I made the twenty miles to Tenterden in about one hour and twenty minutes. I was greeted with the sight of several cars parked on the grass verge and a handful of cyclists preparing themselves and their machines for the challenge ahead. I paid my £3 entry fee and gave my details – I was competitor number 5. The thing I was immediately aware of was that I was the only one there with a road bike. All the other riders had a TT bike of some description and they all had aero kit such as aero helmets, skin suits and even aero shoe covers! One rider I got talking to explained that he had only recently started doing time trials and had become hooked on it. He gave me lots of advice, saying that the single most important thing to get is aero bars. I already knew that aerodynamics have a massive effect on performance and that I was at a complete disadvantage with my ‘normal’ bike.

The first rider was off at ten and we left at one minute intervals from a push start. I left my rain jacket and other non-essential items in a bag and got ready for the off. 5 – 4 – 3 – 2 – 1 and then I was away. I accelerated up to 20+ mph and tried to keep a steady push. The weird thing was that I seemed to be pushing pretty hard without trying. What I mean is that my body seemed to be in some sort of auto-pilot, like it knew that it was in a time trial and I didn’t really have to ‘think’ about making an effort – it just seemed to happen. All advice I had received told me to not overdo it at the start.

Just over a mile into the event I realised I had not started my Garmin. Damn! I quickly started it, but now I wouldn’t know what my average speed was, nor how far I had to go. It turned out that there wasn’t much time to look at it anyway. In fact there was little time for anything other than breathing and riding as hard as I could. I was trying to keep my body as low as I could by riding in the drops and keeping my elbows tucked in. But it was difficult to find a comfortable position so I was alternating between several.

Unlike a normal ride where I might be thinking of various unrelated things in my head, here I was focused purely on the job at hand. Am I low enough? Is my cadence right? Am I breathing properly? Can I push a bit more? etc

I began to wonder how long it would be before rider number 6 would catch up with me. Inevitably it wasn’t long before I heard the unmistakeable whir of a disc wheel approaching from behind and then passing by as he overtook me. There wasn’t exactly a doppler shift in tone, but he was going significantly faster than me. About ten minutes later, a second rider passed. That meant I was two minutes down, roughly. I periodically looked at my Garmin to try to estimate how long there was to the finish. At one point there was 5 miles on the Garmin, on to which I had to add an unknown mileage (because of forgetting to start it) which I guessed at two miles. So I calculated I had done about seven miles, with three to go. Somewhere near the end I looked up the road and in the distance I could see someone standing by the side of the road. I assumed that was the finish so I made more of an effort, but as I approached I realised that it was an old lady standing in her driveway wearing a hi-viz jacket! About another mile further on I saw another person, and this time I recognised the grass triangle that I had seen on Google Streetview when I had reconnoitred the route last night on my computer. Another push to the finish and it was over.

I rode about another half a mile up the road getting my breathing back to normal, then I turned around and headed back to the start. My time was 28:02. I didn’t have a clue how good this was. I know that some of the others got 24 and 25 minutes, but I was the only one with a normal bike. I was pleased to get better than 30 minutes which is 20 mph. My average was about 21.5 mph. One of the guys said that this course is “quite technical” compared to others, so I’ll use that as another .

I had given it a steady effort without exactly killing myself. I mean there is more potential there I think if I really make it hurt. One of the few things I remember about doing a 10-mile TT when I was younger is that I collapsed on the ground afterwards and nearly passed out trying to get my breath back. In hindsight I should have warmed down, of course! I’d love to know what my time was back then. There was no such thing as aero bikes in those days so everyone was on a pretty level playing field. In a way, I wish it was still like that. If I were to go out and buy a TT bike and all the aero kit, I could well shave a couple of minutes off my time for the same effort, but it doesn’t mean that I have performed any better. Having said that, I’m now thinking of getting some aero bars!

I rode the 20 miles home at a reasonable 17.2 mph. The time trial season is pretty much finished for this year but I have a feeling that this won’t have been my last TT… 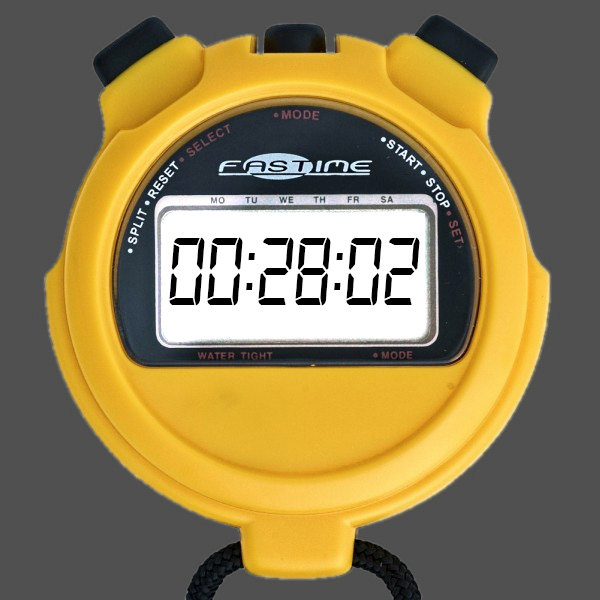 An extenuating circumstance is some reason why you were hindered from performing at your very best.

… inferring that “… I could have done better under ideal conditions”

ECs allow you scope to improve next time, even if you put the same effort in!