Last time out on my Giant Defy Composite 2, something went wrong, resulting in a bent front mech, as described here. Viewed from above you could see that it was twisted way out of alignment. At the time and afterwards, I couldn’t work out which bit was actually twisted.

Today I decided to bite the bullet and fix it. Again, careful close-up inspection did not reveal which bit was bent so I decided to remove the mech and check it out off the bike. As I undid the bolt that clamps it to the derailleur hanger, the mech came loose and there was enough play for it to swivel around in the slot in the hanger. I immediately realised that it hadn’t in fact bent, it had just twisted out of alignment where it was bolted to the bracket, even though the bolt had still been tight. So all I had to do was twist it back to the correct position and tighten the bolt. Simple! 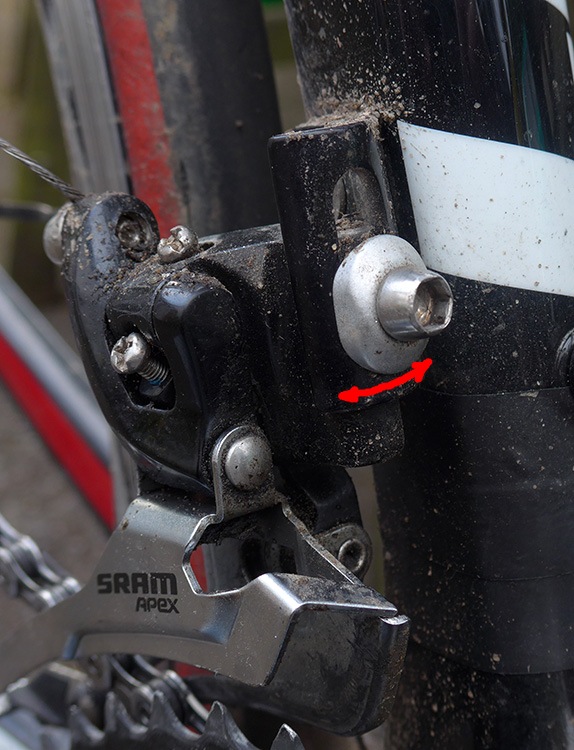 After fixing that, I started to investigate a grungy feeling coming from the drive-train. As I rotated the pedals slowly there was a regular clunky sound coming from the front rings. I looked carefully to try to eliminate as many things as possible. I even took the chain off the front ring to see if was coming from the bottom bracket bearing, but that rotated smoothly. In the end, I decided to measure the chain for wear. I inserted the chain wear indicator and “Jeez!” It showed that the chain was totally knackered.

I didn’t have a spare SRAM PC1051 chain but I did have a Shimano CN-6701. A quick search online indicated that they were compatible, so I decided to fit the Shimano chain. When I lined-up the old and new chains next to each other I could see that the old one had ‘stretched’ by about 6-7mm. Once I had fitted the new chain (using the same Wippermann link that came off the old one) I went out for a test ride. Wow! I couldn’t believe the difference. The transmission and gear changes were as smooth as silk – amazing. Maybe it was the worn chain that had caused the original problem I’d had on that last ride that caused the front mech to twist? 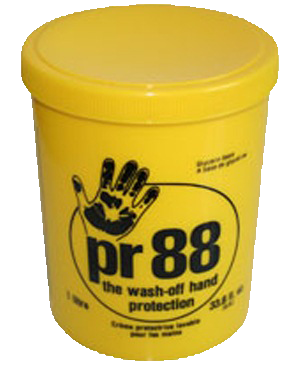 Messing about with chains is about the grimiest job you can do on a bike and once again I used PR88 Barrier Cream.

I can’t recommend this stuff enough. You just rub it into your hands before you start work, and then afterwards, when your hands are covered in dirty grease, you simply wash it off with water. It’s amazing!