As is often the case, this ride was planned based around the weather forecast. Conditions were predicted to be changing for the worse over the next few days so I thought I’d get a ride in while the weather was nice. Yesterday had been nice and sunny, and this morning was as well. I caught a forecast on TV this morning that said it would be sunny with temperatures in the mid-teens, or maybe 20°C further west. The wind was north-easterly.

I decided to ride to Whitstable, so I would have the wind behind me on the way back. I imagined myself getting to Whitstable and sitting in the sunshine by the sea. Then when I got back I could wash my bike in the sunshine. I even wondered if I should use sun-block for the ride.

I decided to wear shorts and a short-sleeved top, but thought I’d wear my rain jacket to keep the wind off for the first few miles and then maybe take it off. When I stepped outside the house it felt colder than I was expecting so I put on leg-warmers too. It was 10°C when I left.

Immediately I realised it was windier than I had expected and, being a northerly wind, it was cold. But worse than that, by the time I reached Lenham the sky had turned a quite dark grey. Even by that early stage, about ten miles in, I was finding the ride a chore. The strong wind was directly in my face, and cold. And noisy! The constant sound of the wind rushing past my head and the noisy flapping of my rain jacket made for a less-than-enjoyable journey.

I didn’t stop for any photos, nor for any food. I just wanted to get there as fast as I could so I could turn around and have this dreaded wind behind me. All I could think about was turning round.

Inevitably, when I reached the flat area north-east of Faversham the wind was stronger. Flags were flying fully-stretched, and I saw several instances of people’s recycling bins that had been blown over and were in danger of drifting into the road.

I finally reached Whitstable and still there was no sun. All thoughts of sitting on or near the beach went out of my mind and I headed straight for a shelter to get out of the wind. 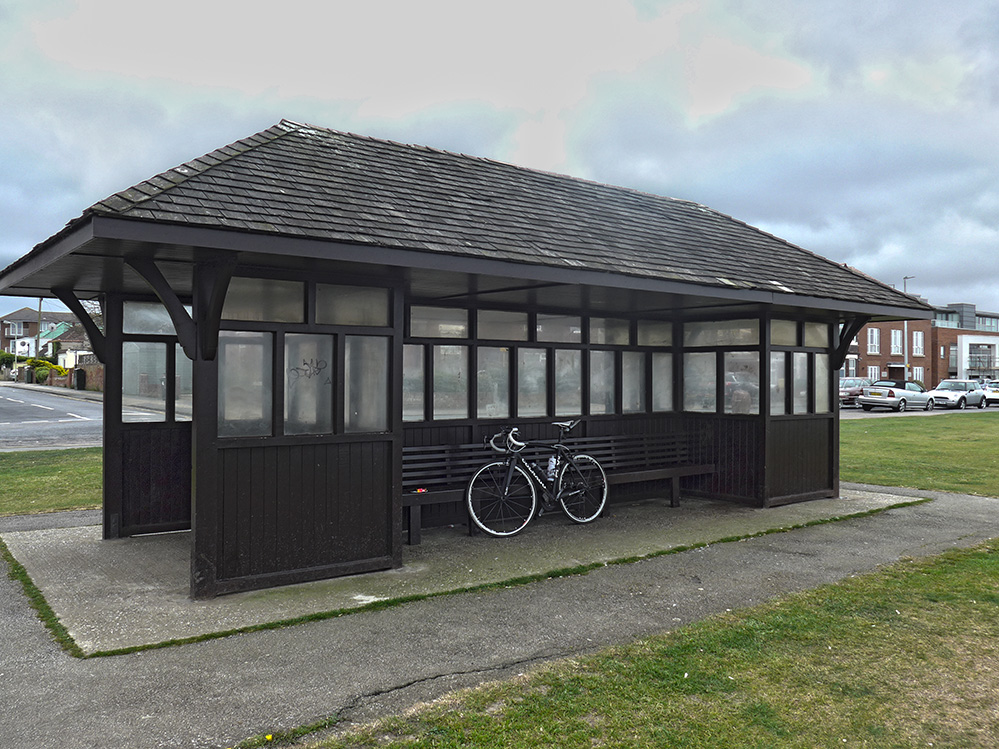 I ate a banana and a Ride bar together (nice!), and then started back. As predicted, the wind was pretty much directly behind me for most of the way back. And it did offer significant help in my making good progress. Even so, it was still too cold for me to enjoy the ride, and I just wanted to get back as quickly as possible. When I got home it was 13°C, but considering the significant wind-chill factor, that probably equated to only 8° or so.

The plan to wash my bike also went out of the window as I rushed to get inside into the warm. Really I was under-dressed for the ride. At least the return journey would have been bearable had I been warmer. Roll-on Summer!

One Reply to “Windy Whitstable”