It was a cold grey day. With a NNW’ly wind, I decided to head in that direction. This gave me the chance to cross another place off my to-go list, The Hoo Peninsular. I planned a route that took in a climb up the side of Bluebell Hill (the easy way) and some off-road sections to get me to the Medway Bridge which would lead to The Hoo Peninsular. This would be followed by a 35-mile tour of the area including The Isle of Grain, and then home from Rochester via a route I had done once before. I could have chosen a shorter route home but I deliberately added a few extra miles on to bring the total distance to 70 miles.

It was one of those days where the sun threatened to break through the clouds but never managed it. My route took me first through Barming, off-road through the woods, and then on to Aylesford. After that I took a new route over the (scary) footbridge over the A229 and then up the side of the dual-carriageway up Bluebell Hill. That was a whole lot easier than Warren Road! At the top I cut across the motorway to a picnic area which would probably have an amazing view on a sunny day. Today, it was too misty/hazy.

There followed a convoluted sequence of bike paths to get me to the other side of the complex A229/M2 intersection. A mile further on I crossed the M2 again to enter an off-road section between the motorway and the Channel Rail Link. 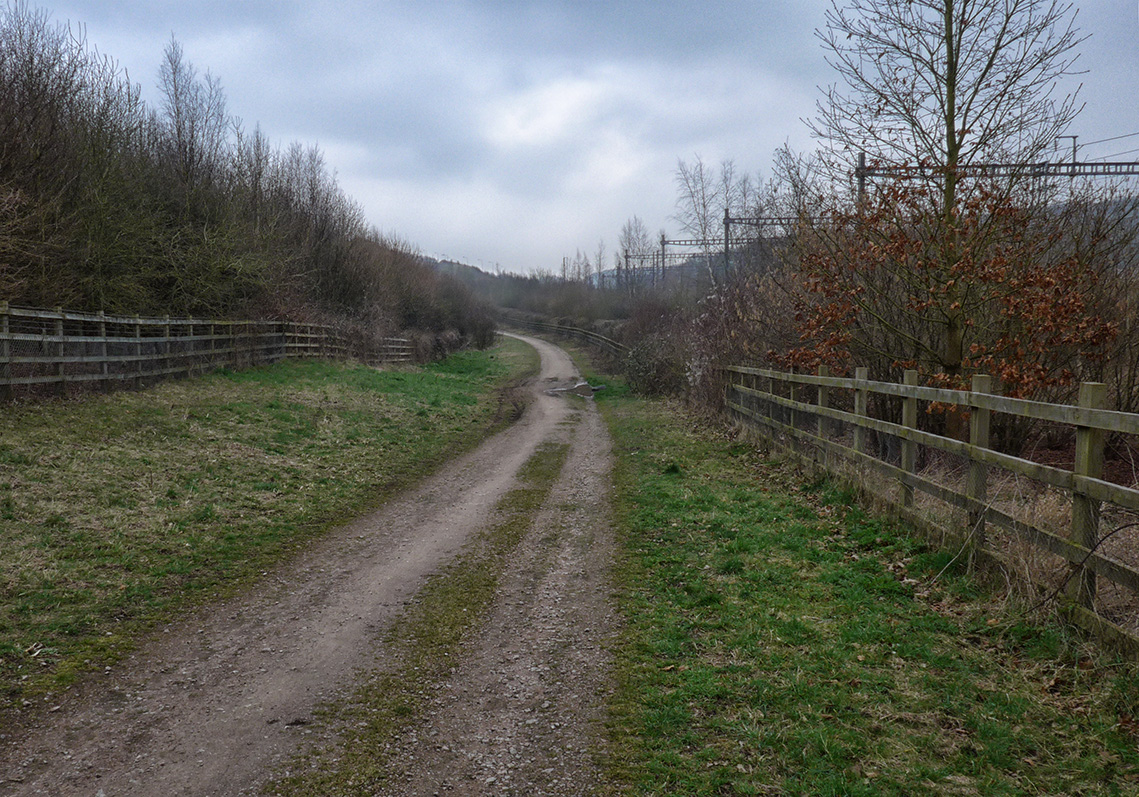 Then over the Medway Bridge. 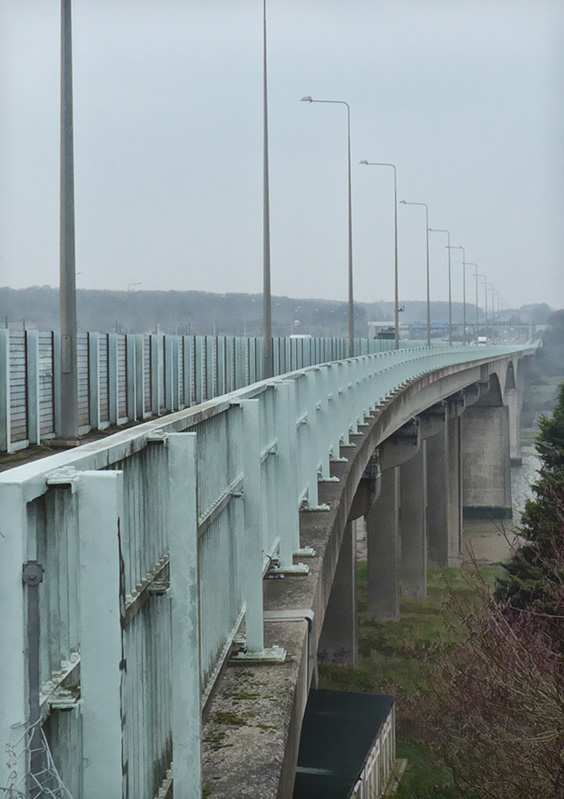 Then through the relatively built-up area of Strood and through Higham onto the Hoo Peninsular proper, past Buckland Lakes,

I had been expecting the Hoo Peninsular to be flat, marshy and industrial, but it did have quite a bit of old character in some of the villages, and even some hills! The roads were smooth and fast with little traffic for the most part. 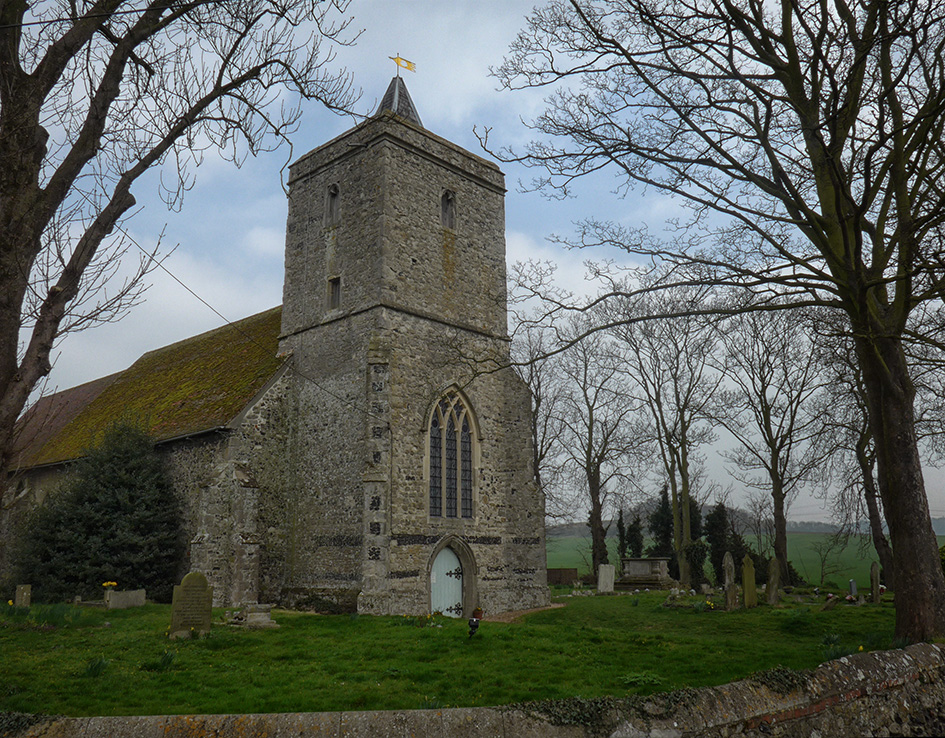 Through High Halstow, St. Mary Hoo and Allhallows, onto Lower Stoke, after which the terrain did start resembling more of what I had expected as I headed towards the north-east corner and the Isle of Grain. 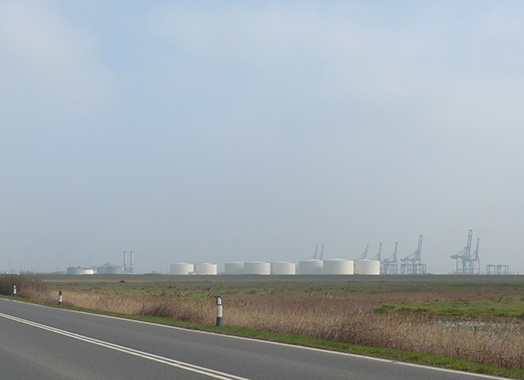 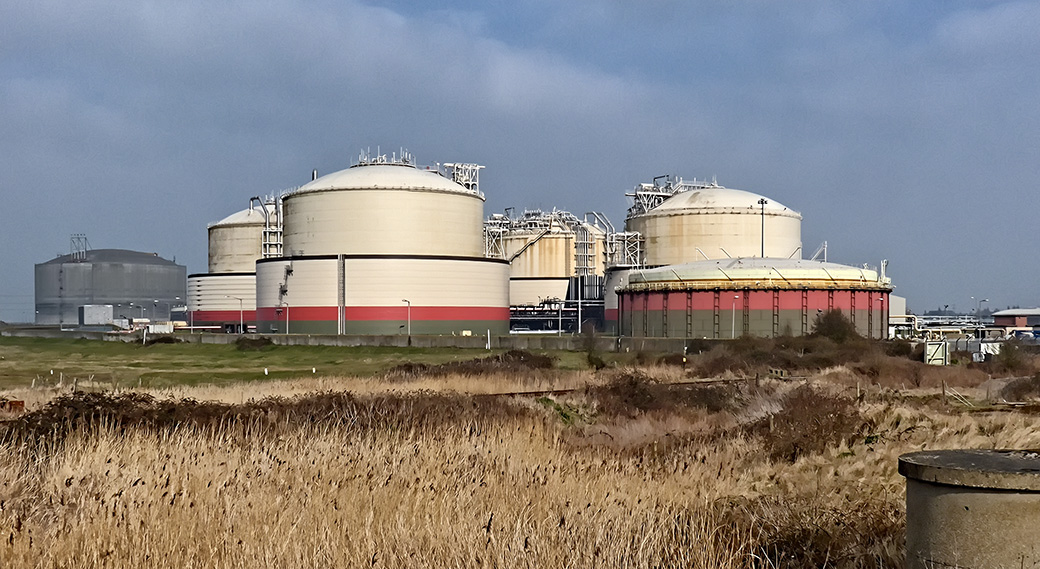 A main road led the way past power stations and other installations to the village known as The Isle of Grain at the extremity of the Hoo Peninsular. 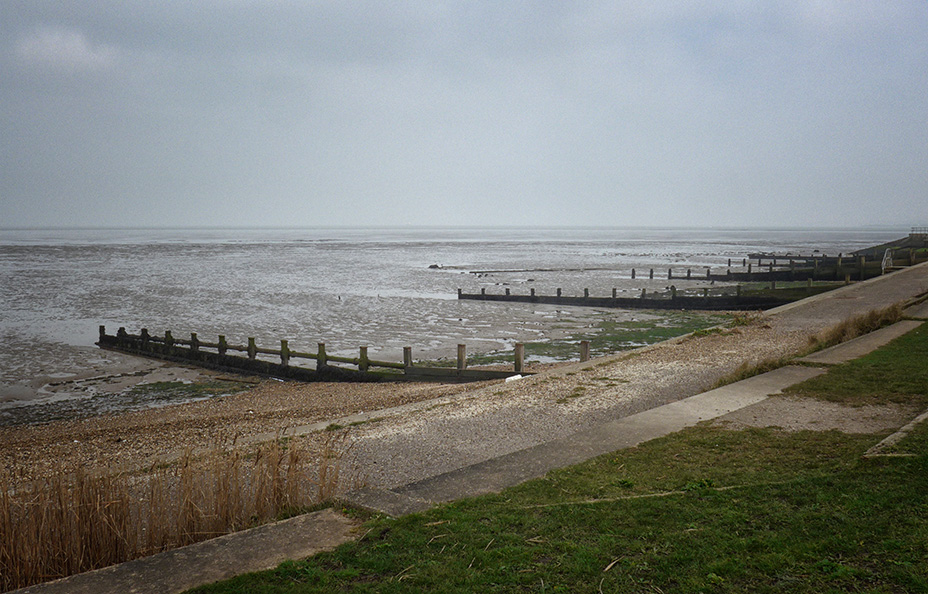 I stopped for seven minutes to have something to eat, then I headed back. Through Hoo, Chattenden and Wainscott to Rochester where I crossed the old bridge and made my way through Chatham and Waldeslade and up onto the Downs. Then I plunged down the 17% Lidsing Road into Boxley where traffic started hampering my progress. A fairly round-about route around the edge of Maidstone brought my eventual mileage to 70.

I’ll probably do this route again when it’s sunnier.

Two days later I went for a ride with a friend and used the first 15 miles of this route to base it on, this time coming back via Birling for a total of 37 miles:

2 Replies to “The Hoo Peninsular”