While browsing the specs of my newly-acquired GT Grade, I noticed that the front chainrings were listed as 52/36T. That surprised me, even more than the fact that it had a 28T cassette. In fact I assumed it was a mistake. Why would you have such high gearing on a gravel bike? The common standard for a compact chainset is 50/34T. I went to take a look at the actual bike, expecting to find the smaller size. 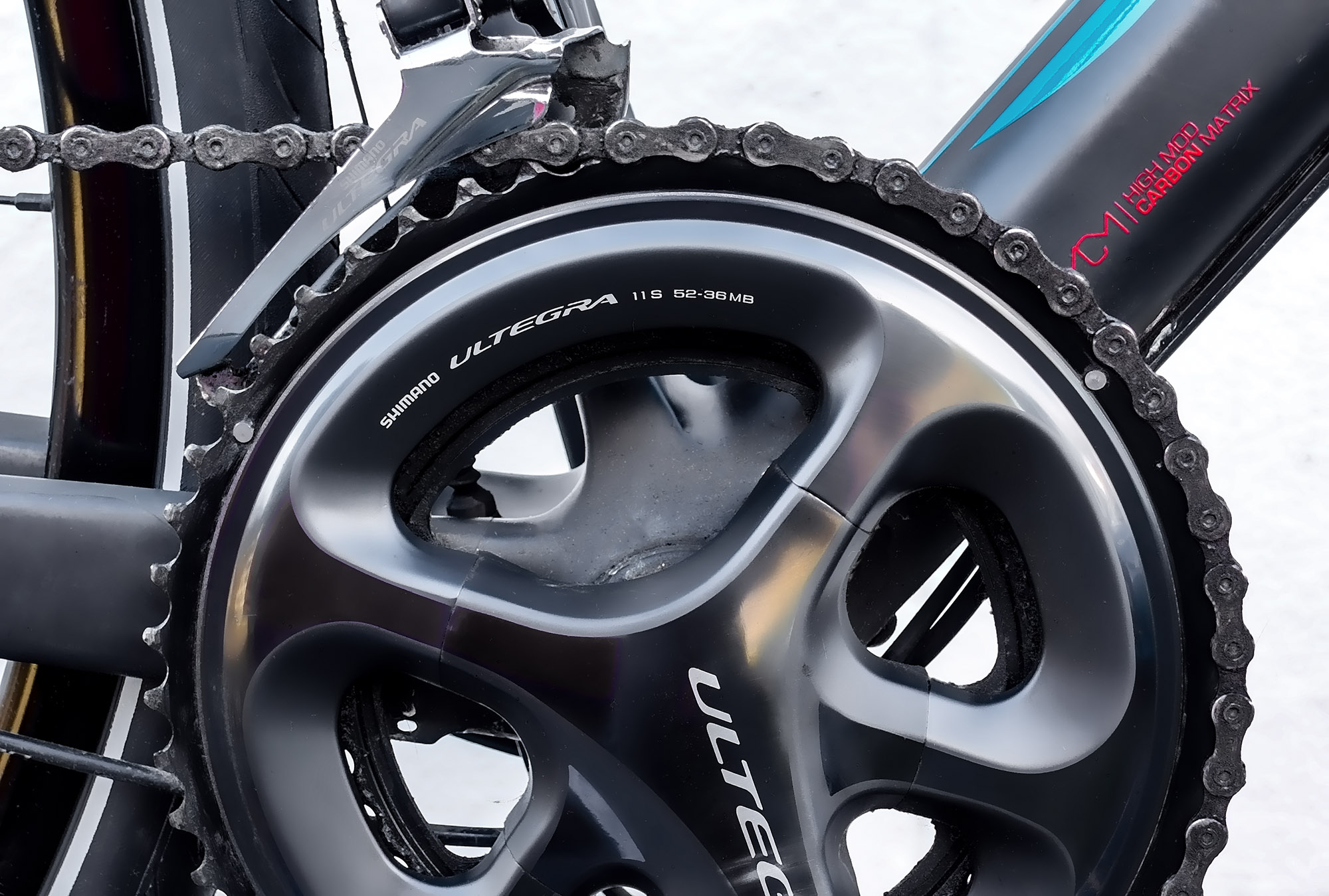 Nope. There it was in black and white, or rather white and dark grey:

What the hell!? How I am supposed to climb steep gravelly tracks with 36T front and 28T rear? Time to do a bit of research.

Years ago, I fitted a ridiculously small 26T inner ring on the Campag Veloce triple fitted to my old Giant TCR (see here for details). A year or so later, on my Colnago, I swapped out the 11-25T cassette for a 12-30T on the Ultegra di2. I also tested an 11-32T SRAM cassette with the di2 and it worked fine. That was over five years ago. Since then I haven’t had anything to do with gears, other than maintenance. A quick look online taught me that the world has moved on since then. It seems that the 52-36T (mid or semi compact) has gained popularity over the old ‘standard’ 50-34T compact. [More info here]. Unless everyone has got fitter, I don’t see the reason, especially on a gravel bike. On the flip side, it appears that it is now much easier to get larger cassettes, and derailleurs that can handle them. 34T is common (with reports of it being used with Ultegra 11-sp) and even 36T (SRAM) and higher being available.

I plugged the GT Grade ratios into my trusty spreadsheet that I designed years ago, and compared it with my existing bikes.

This shows each of the gears in ‘gear-inches’. The lower the figure the lower the gear. [The yellow sections are where the ranges from the large and small chainrings overlap]. The Giant has the lowest 1st gear of the three bikes at 28 gi. Then comes the Colnago. In addition to the smaller cassette and larger chainset on the Grade, the bigger tyres make for a larger rolling circumference which helps push the ratios even further away from the other two bikes and so it has a first gear of only 35, which is not much better than third gear on the other two bikes.

Numbers are all very well, but  almost meaningless without graphical representation. I’m not interested in the numbers per se, but what the differences are and how much pain I’ll be suffering on a hill! This chart better shows the comparison between the gearing on the three bikes. [Ignore the lower bar for now – see later]

The numbers are gear inches, but even without them the graphic tells a story.

A gravel bike is for riding on surfaces which are less than ideal. Which means you are hardly likely (or at least I’m hardly likely) to be travelling at 40 mph. Also, when it comes to going up steep hills on loose surfaces, the last thing you want is to have to get out of the saddle due to your gears being too high. You will almost immediately lose traction as your weight is lifted off the rear wheel. I’ll never forget a particularly muddy/steep hill that Alan and I encountered on a hilly audax (the Mid-Sussex Hillier) – any attempt to get out of the saddle would have resulted in instant slippage, forcing us to stop and walk (too steep/slippy to get going again) – we made it, by choosing our line and staying seated, however low our cadence went!

So what can I do? Well, I’m certainly not going to leave it as is. My idea is to switch the cassette to an 11-34T and the chainset to a compact 50-34T. In the graphic above, see the fourth, light grey bar, marked Grade+. That would be the result of my idea. It would have a lower gear than the other two, yet still have the highest top gear (not that I’ll need it).

Last year, less than a few hundred miles ago, I fitted new Ultegra chainrings to the Colnago (50/34). So I could swap those onto the Grade for a start off. I’ll order an 11-34T cassette and see what happens with that. In fact I may go bigger. Here’s an excellent article that shows it’s possible.

Anything else? Yep – looking at the brake pads, I saw that the rear set were very worn – probably down to about 1mm, if that. 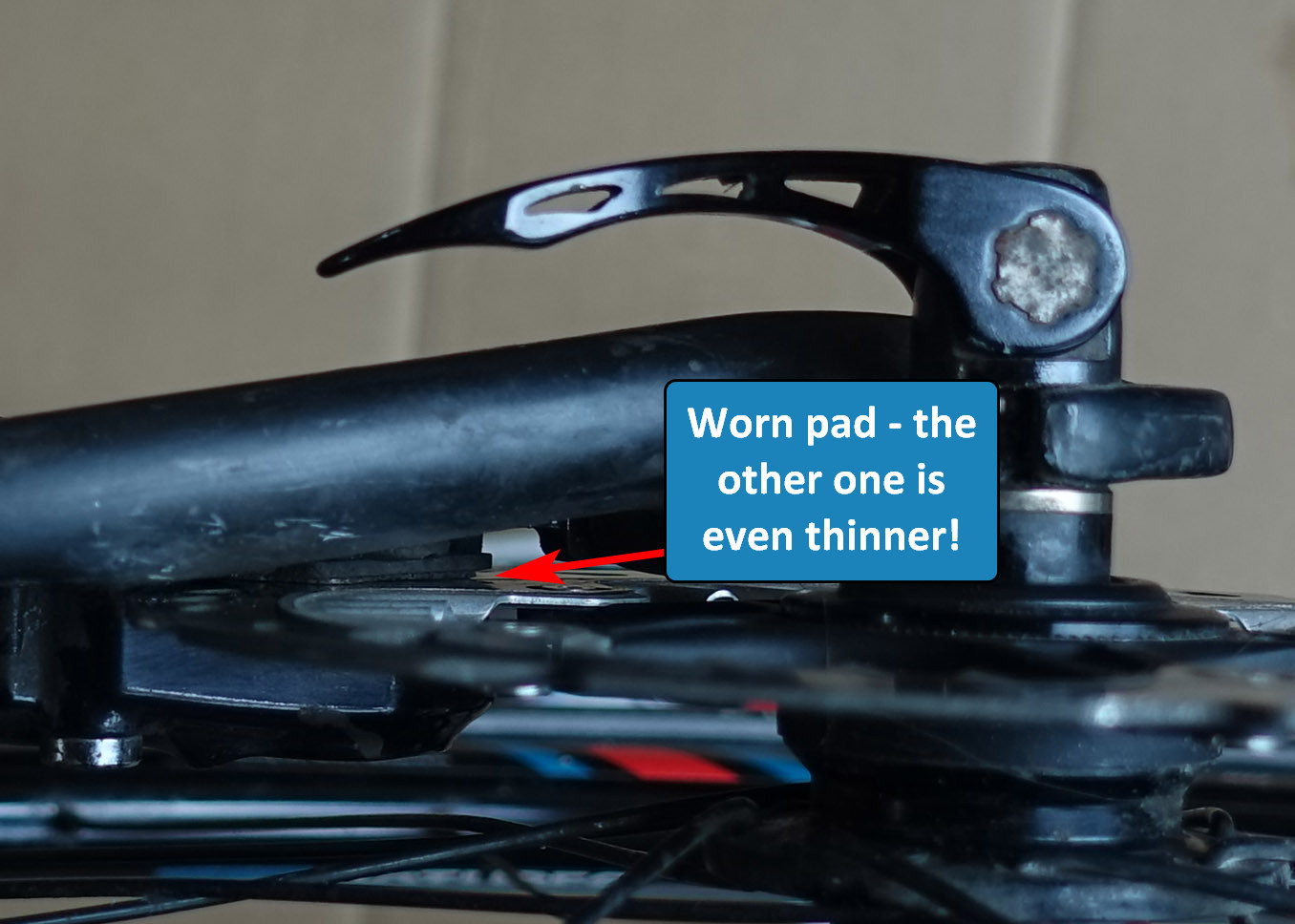 So, to avoid messing about trying to fix the screechy brakes, I’ll fit a new set of pads first and sort them out after that. I got some off ebay for a good price of £15 for four. 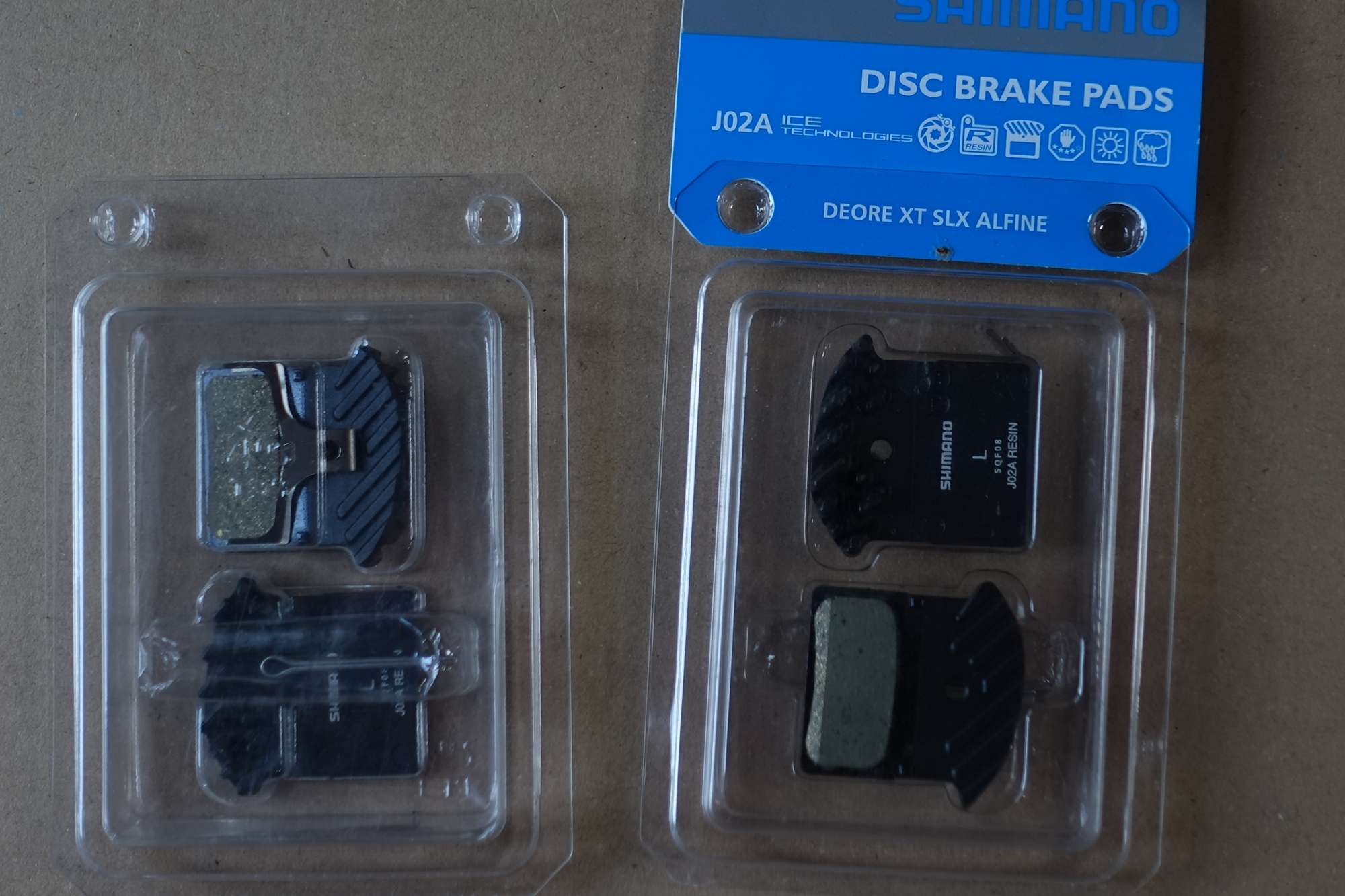 I promise I will ride it soon!

I decided to go larger on the cassette and I have just ordered a SunRace MS8 11-36T Cassette (11-Speed) in black! Also I found out you can get derailleur extenders to save having to get a long-reach rear mech. I’ll wait to see if I need one.

The new Grade+ gearing will now look like this:

That new low gear of 26 gear-inches is now very close to the ‘ridiculously’ low gear I have on my old Giant TCR with the 26T front chainring. And yet it will still have the highest top gear!

Just waiting on the postperson now…..