After yesterday’s almost embarassing experience with my ridiculously-noisy-disc-brakes episode, I was keen to get the new pads fitted. I don’t know how people with really loud motorbikes can be happy blasting through an otherwise peaceful village. It may not be as horrible a sound as screechy disc brakes but it’s still a disturbance of the peace.

Before fitting the new pads, I needed to clean the discs with some sort of alcohol. So, being in France, I bought some Alcool à brûler, the French equivalent of meths. Back at my van, I started with the front wheel. This was the brake that squealed the loudest, and when it came to cleaning the disc, it turned out to be the one with the most ingrained dirt. 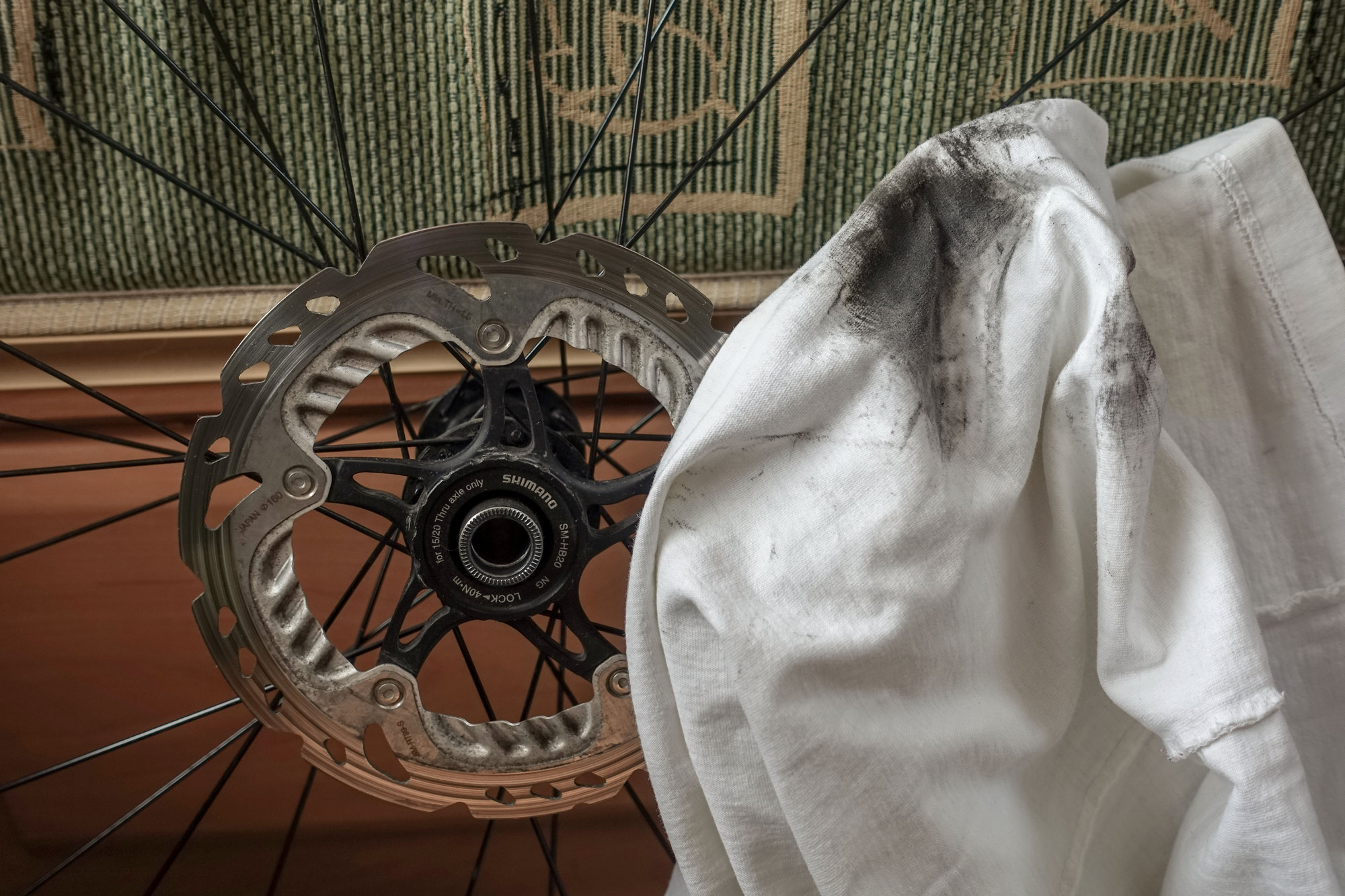 Getting the pads out entailed removing a pin retainer clip (easily done by hand), and then unscrewing the pin. I had expecteed this to be an allen bolt, but it was a flathead screw. It was quite tight but came out OK. Then it was easy to wiggle the pads out, complete with spring. 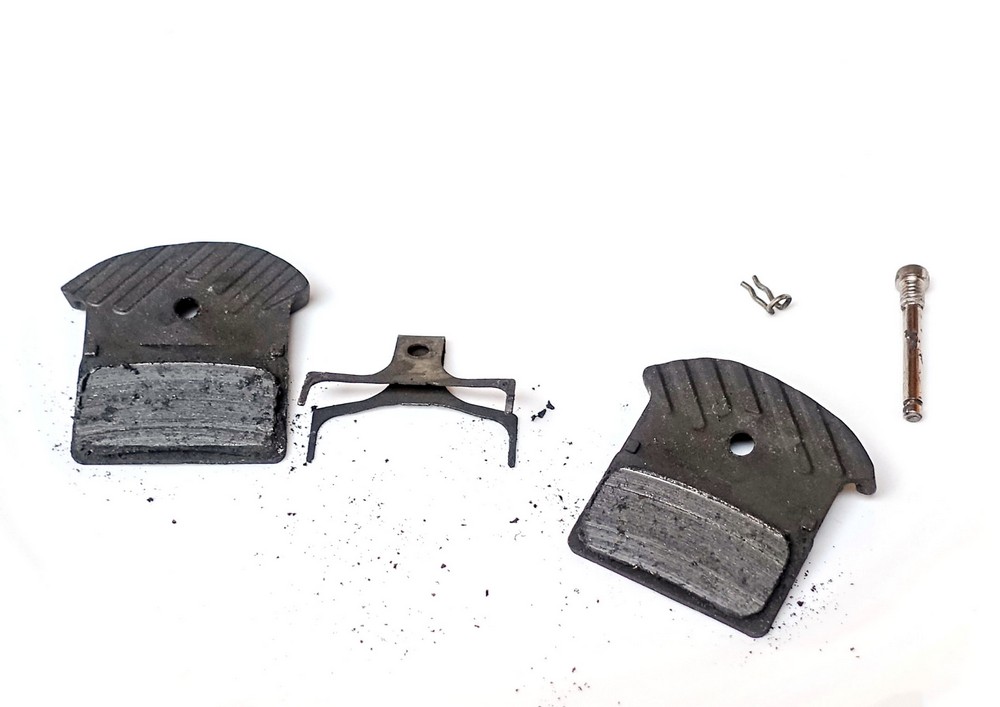 They were quite worn. I cleaned up the screw, inserted the new pads and spring (after pushing the calliper pistons back in), inserted the screw and clipped the pin retainer back on. Very straightforward.

Now it was time for the rear wheel. I cleaned the disc as before and there was noticeably less grime. Maybe that’s why it squealed less. When I came to undo the screw, it was tight. I exerted more force and it still wouldn’t move – very tight. I didn’t want to risk usng any more torque on the average screwdriver I was using. This was a job for the best screwdriver I could lay my hands on, which turned out to be an ex-BT Screwdriver Instrument No 5a, by Paramo, 1989 vintage. 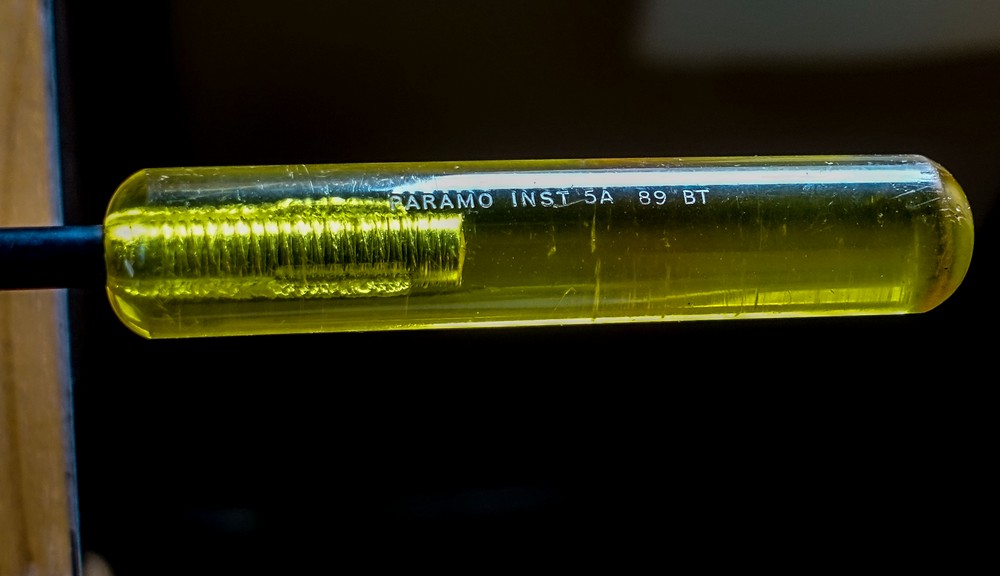 As with all BT tools from back in the day, it was an excellent, high quality screwdriver. I was able to confidently exert enough force to free the screw. Good old BT tools – you certainly get what you pay for, or in this case what you book out of stores! 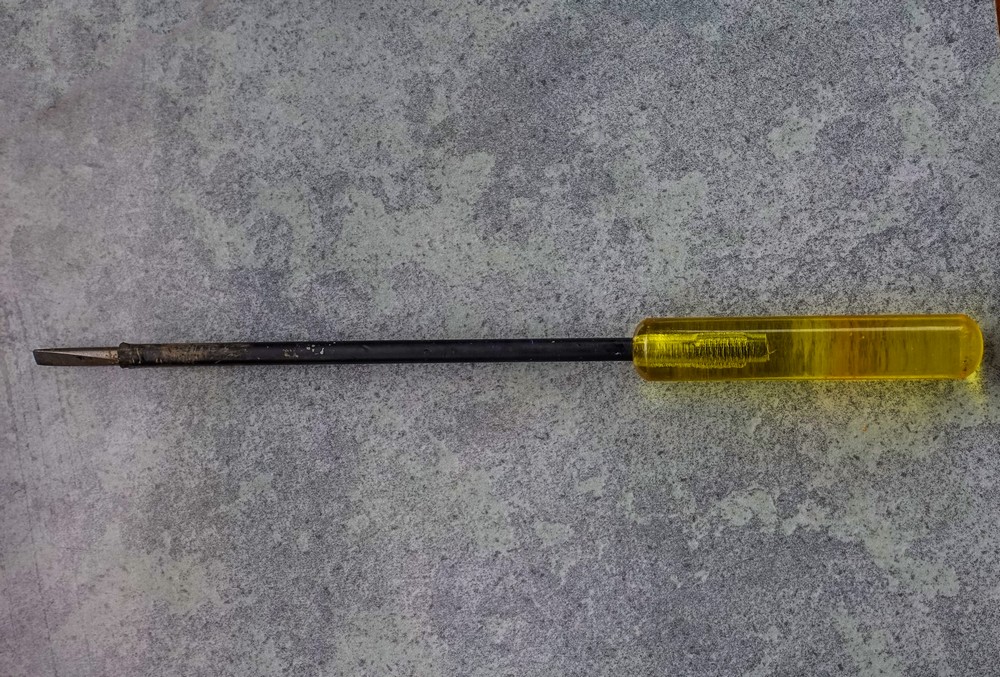 The rest of the rear pad change went smoothly. The rear pads were almost worn down to the metal.

I then took the bike out for the ‘bedding-in’ procedure. This is well documented on YouTube (e.g. Park Tools video) and involves riding up to speed and progressively and smoothly braking until almost a standstill, then repeat this for 20 times or so. It was interesting for me to note that, at no point in this procedure did the brakes even think about squealing.

So I have now addressed all of the ‘shortcomings’ I’d identified when I bought the GT Grade 6 weeks ago. Namely:

There is only one slight issue left, and that’s that the rear wheel doesn’t spin as freely as I would like. I’m going to look into it. I’m sure it’s disc-related as it spins ok when off the bike. Other than that, the bike is done, and I’m very pleased with it. Taking the cost of the new tyres/cassette, etc into account and the bike itself, I’ve probably spent about a grand in all, and I’m well happy with that.

As I came to throw out the old pads, I noticed that they have L (left) and R (right) printed on them. Damn, I had not noticed that on the new ones, but a photo I had confirmed it (below). I can’t see any difference between them other than the direction of the cooling fins, so maybe it just relates to air-flow. I’ll have to google it. Maybe I’ll remove them to see if I’ve been lucky again, like I was with the tyres. DOH! 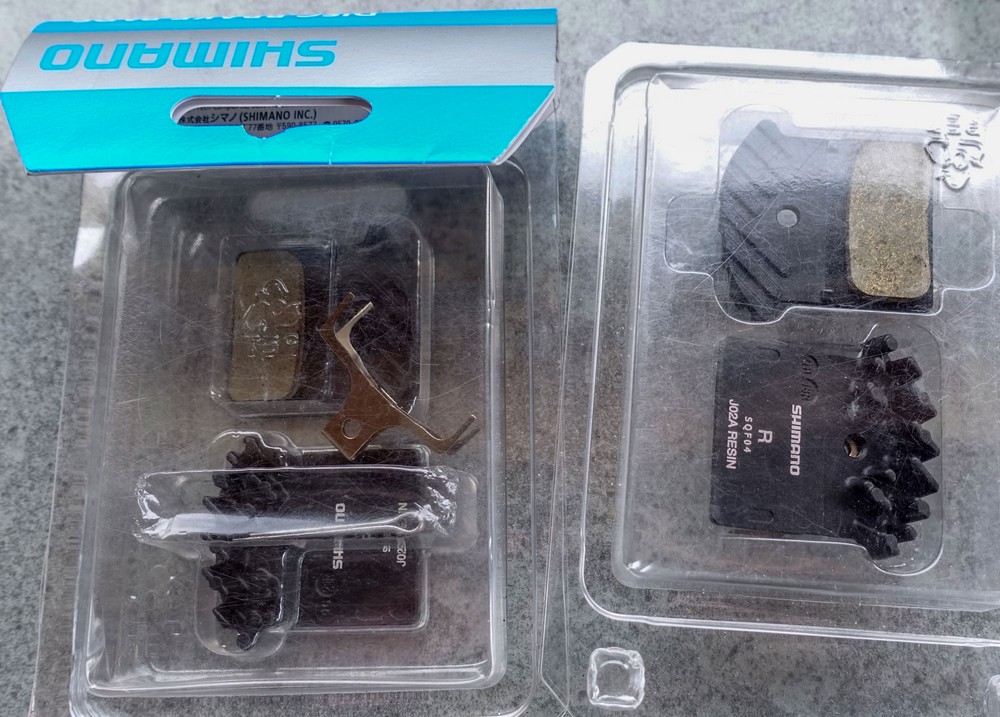 There was some wear left on the old front ones so I cleaned them up to keep as spares. In fact I might even re-fit them to see if the cleaning has cured the screeching. 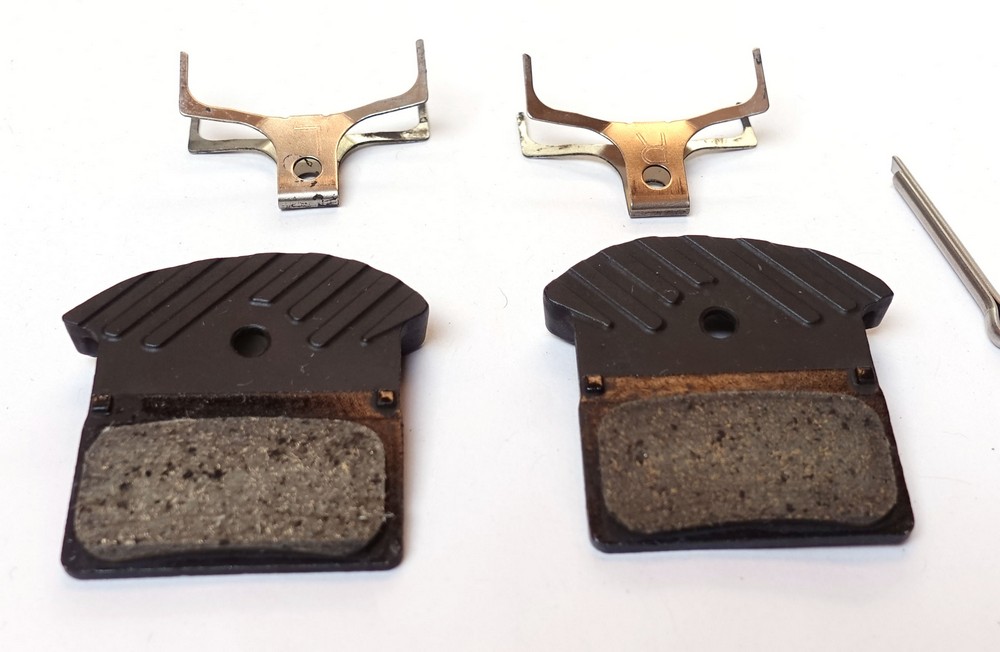 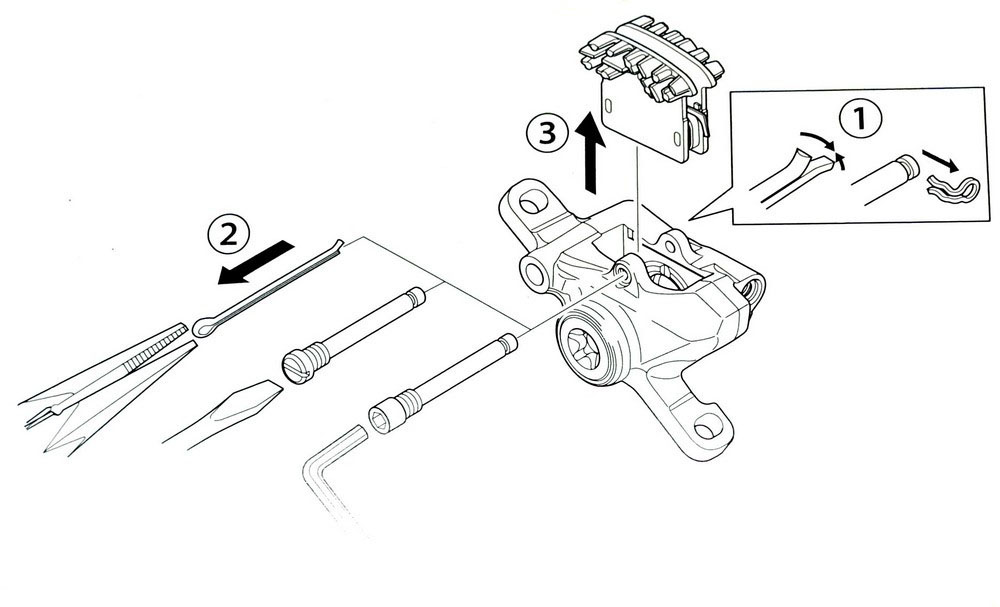 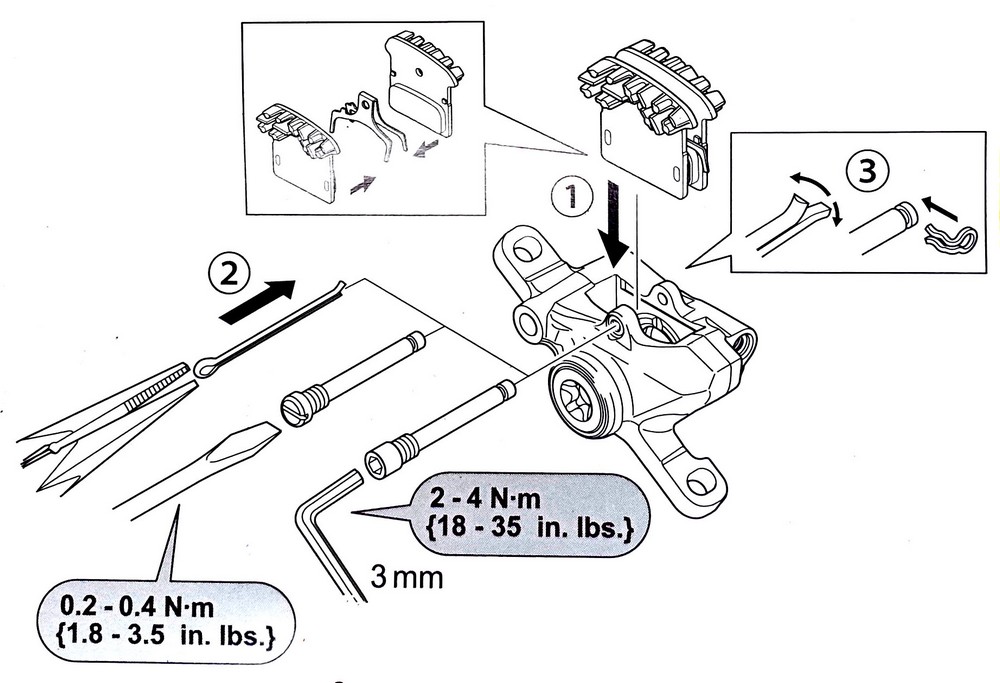