It was a damp and misty morning. There had been very heavy rain during the night. With the roads being so wet, and in the absence of mudguards, I fashioned an from a cut-up drinks carton that I dug out of the recycling bin and wedged under my saddle. It’s job was to stop the water from the rear tyre spraying up my back. Unfortunately I didn’t get a photo, but trust me, it looked as good as you’re imagining!

Just over one mile into the ride I was faced with a completely flooded road.

“Hmmm”, I thought; “I might get some water in my rims riding through this”, assuming it was 2 or 3 inches deep. For some reason I thought it might be shallower on the right so I took that line. A couple of metres in, I felt my feet go cold. I looked down and saw that my shoes were completely submerged at the bottom of the pedal stroke and even my chain was under water. “Damn”, I thought, as I reached the other side. All possible permutations of how I might dry my feet flashed through my mind, but none were realistic so I resigned myself to the fact that it would be an uncomfortable ride. So much for the ass-saver; it was a shame I didn’t have a foot saver!

When I met the rest of the group at Marden, one of the other riders had taken the same route and he said that he had stuck to the middle of the road through the flood and it was shallow enough to keep your feet dry! Double drat!

There were seven of us out today. The weather got even worse and was cold damp and misty. This exacerbated my discomfort due to having wet and cold feet. Riding along chatting about tyres, I mentioned to another rider that I’d had very few punctures the whole year. DOH! Less than thirteen miles from Marden I got a puncture! That will teach me to keep my mouth shut! I fixed it beside the road and now I had wet gloves and wet knees to add to my joy!

It was raining by the time we stopped at the cafe at Bodiam Castle. 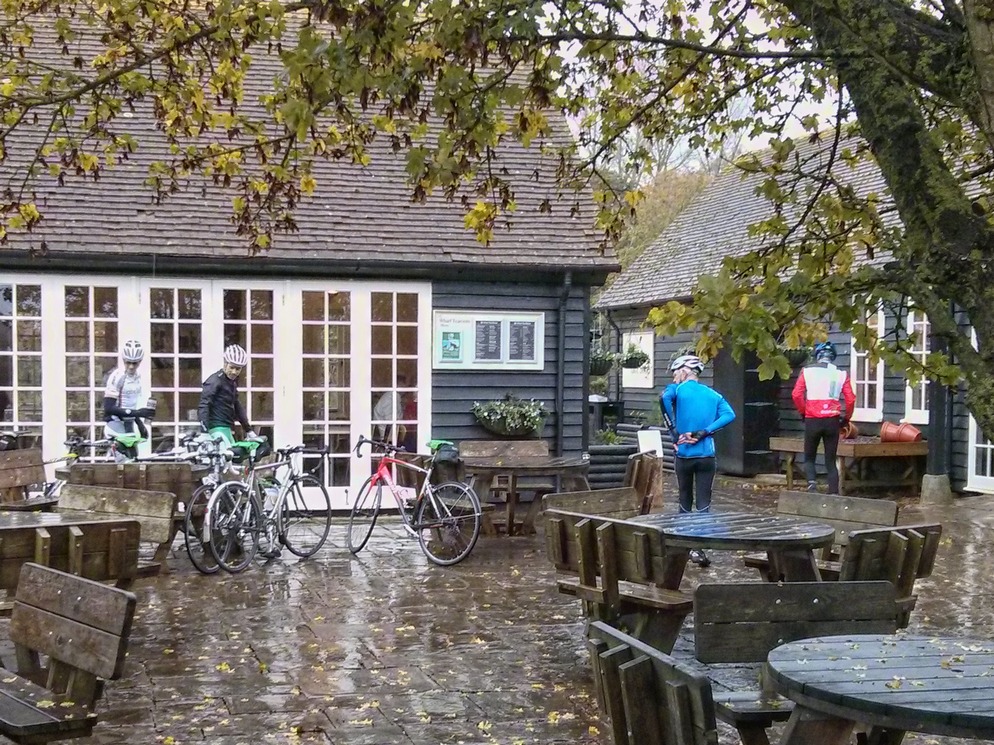 They weren’t serving hot food until midday, so I had a cream tea! 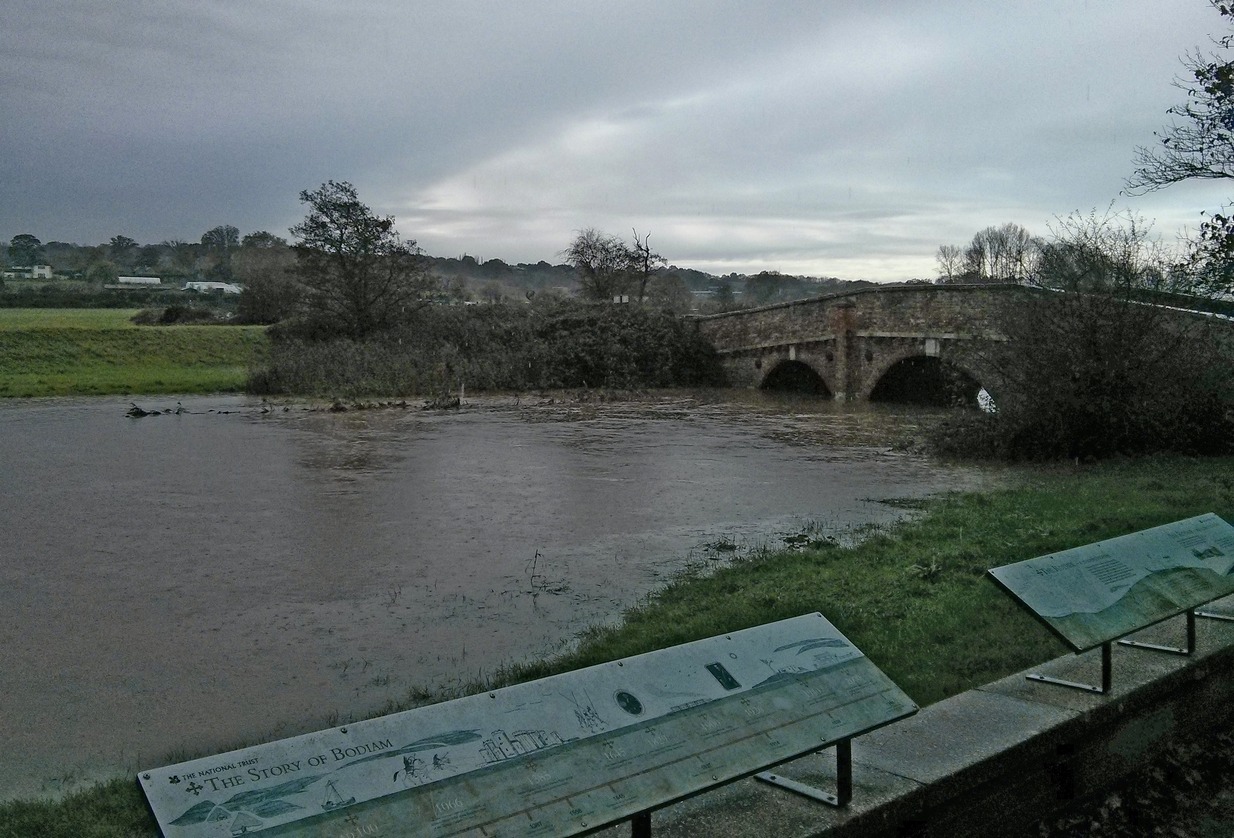 Suitably caked-up we set off again. The rain had stopped and the skies were clearing to blue. The route home continued the hilly theme of the ride so far. By the time we reached Marden the sun was out. Also we had somehow lost a rider, and my ass-saver had fallen off somewhere. Still it had done its job well!

I took a slightly longer route home from Marden in order to break the 70-mile barrier. The really good thing about today’s ride was that, despite the wet feet, I thoroughly enjoyed it and felt really strong, which was a relief after last Thursday’s inexplicable lack of fitness.

It only remained for me to clean my bike, which I did after having something to eat. 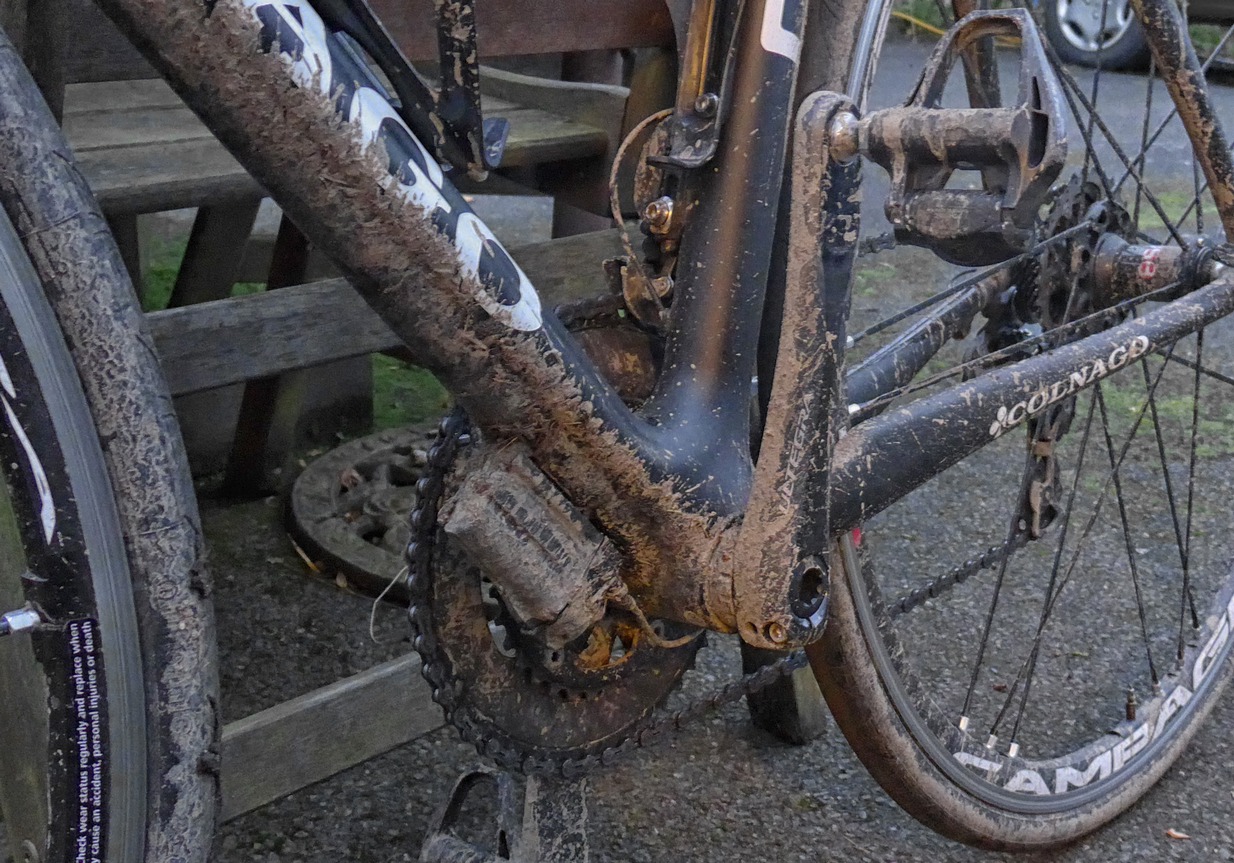 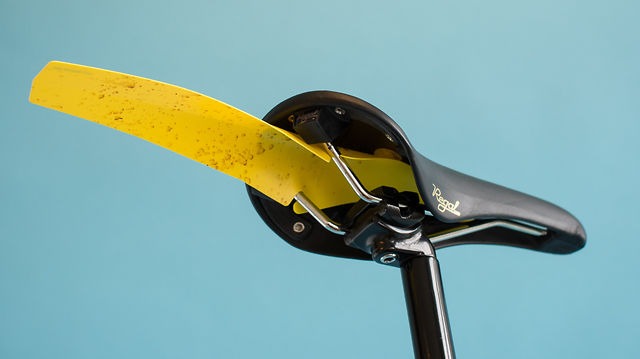