I decided to head out again to the Isle of Sheppey on an easier version of last year’s ride.

It was a cold, but sunny and calm start to the day. It had been frosty earlier but was about 8ºC when I left. Consequently I wore warm gear – in fact I was like an advert for Wiggle with DHB longs, DHB top and even a lightweight Wiggle bag on my back containing some ‘real’ food in the shape of an egg mayo sandwich. I also wore my Giro Air Attack helmet which seemed to do a decent job of keeping my head warm without the aid of a skull cap. The roads were fairly dry even though we’d had quite a bit of rain lately. But it was only two miles into the journey before I found myself ploughing through very deep and wet mud in the woods near Barming. When you see that sort of very deep mud you just have to keep on pedalling through it at a constant speed with absolutely no change of direction – you do not have the option of steering – just keep your balance and commit to getting to the other side, hoping that there are no rocks or other hidden surprises beneath the surface!

So, already, my nice clean bike was covered in mud! The major ascent on today’s ride was Warren Road, which climbs up the side of the main road up to Bluebell Hill. It was steeper and longer than I had remembered, mainly about 15% with a couple of bends, one at 19%, the other about 17%. I managed to get up it 43 seconds quicker than I had last year. Down through Bredhurst, Hartlip and Lower Halstow I found myself on Raspberry Hill Lane with the sprawling Medway estuary to my left. 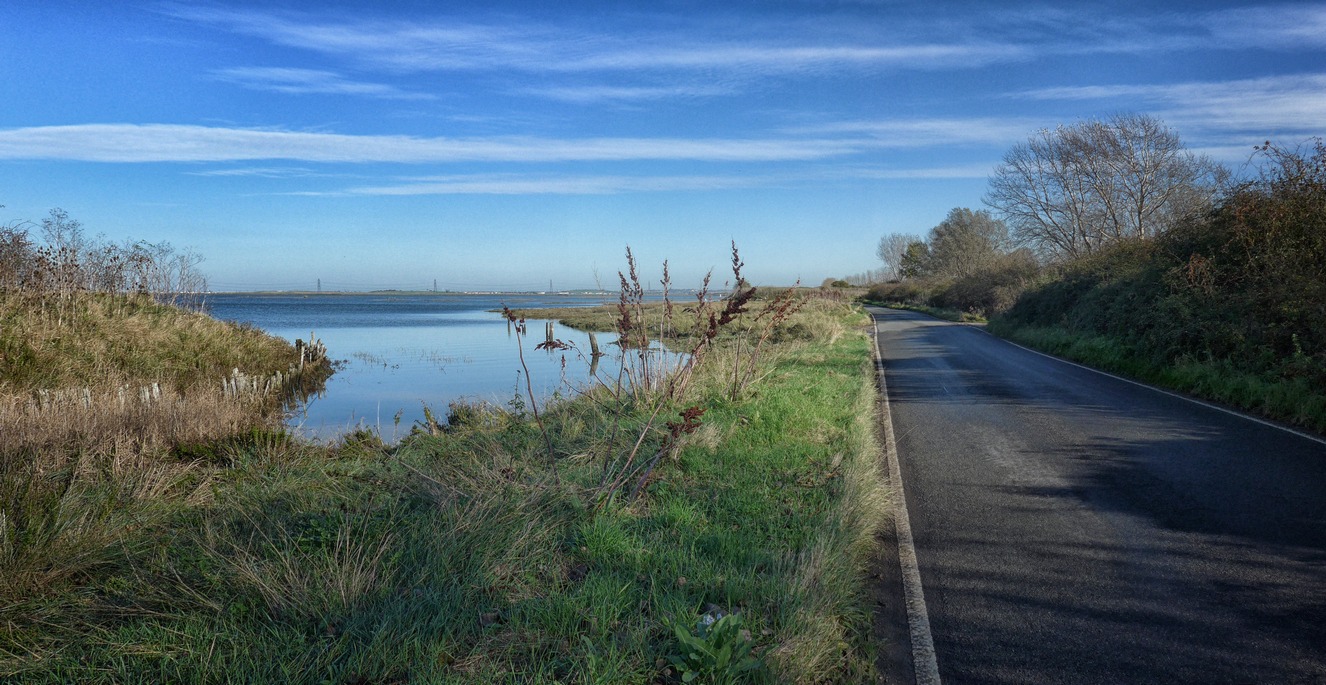 Further along, a pile of boxes in a field seemed worthy of a photo: 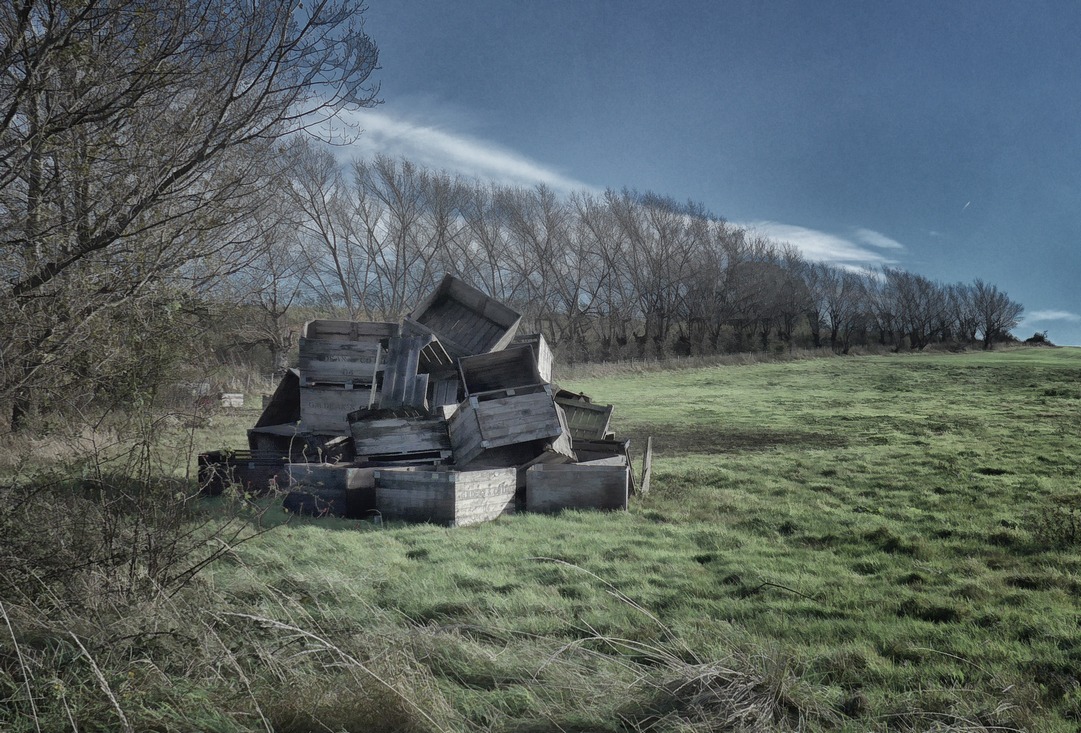 Then I was at the bridge, crossing over to Sheppey

On Sheppey the once clear blue sky was getting cloudier and the wind picked up. I headed towards the east side of the Island, sometimes taking rough farm tracks and other muddy/stony/sandy paths. The roads here were much wetter, indicating there had been some recent rain. It was at the end of a particularly pot-holed gravel track that I stopped to eat my sandwich at Shellness, at the eastern-most point of the island. 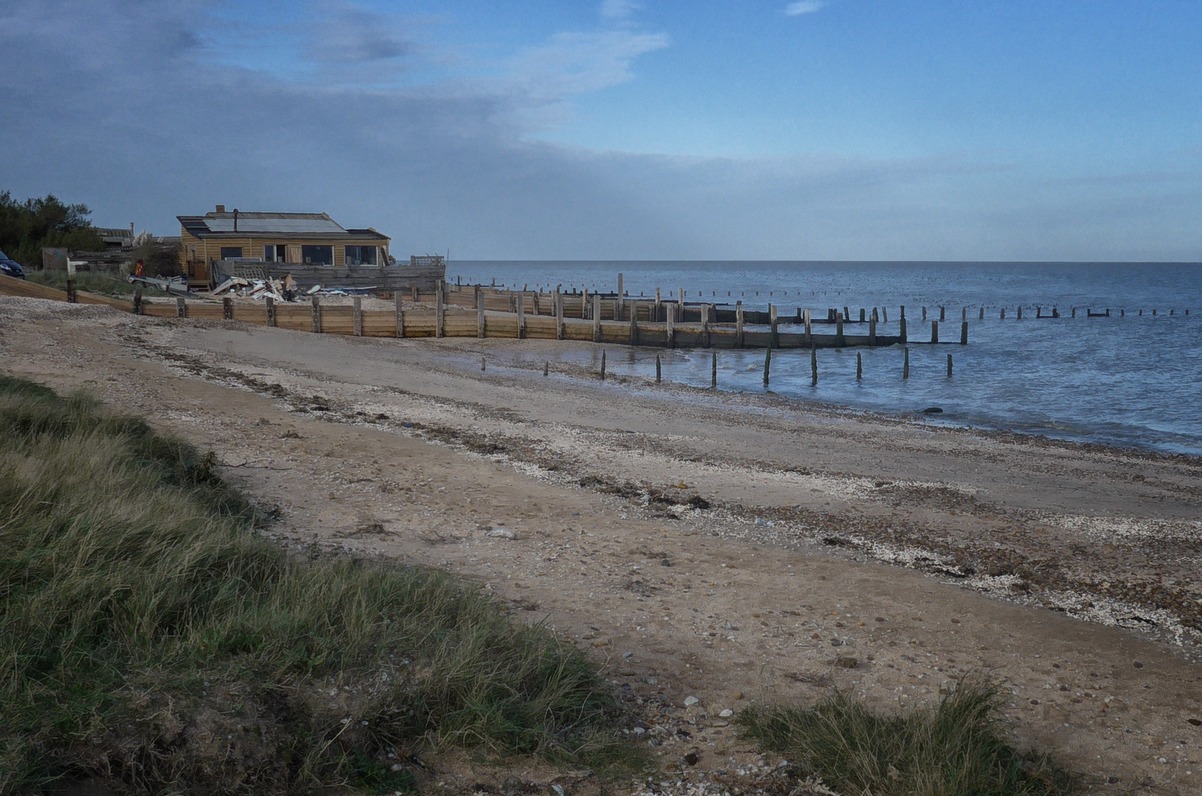 I was fascinated as I watched flocks of Brent Geese gathering on the water and swarming above me, honking loudly. 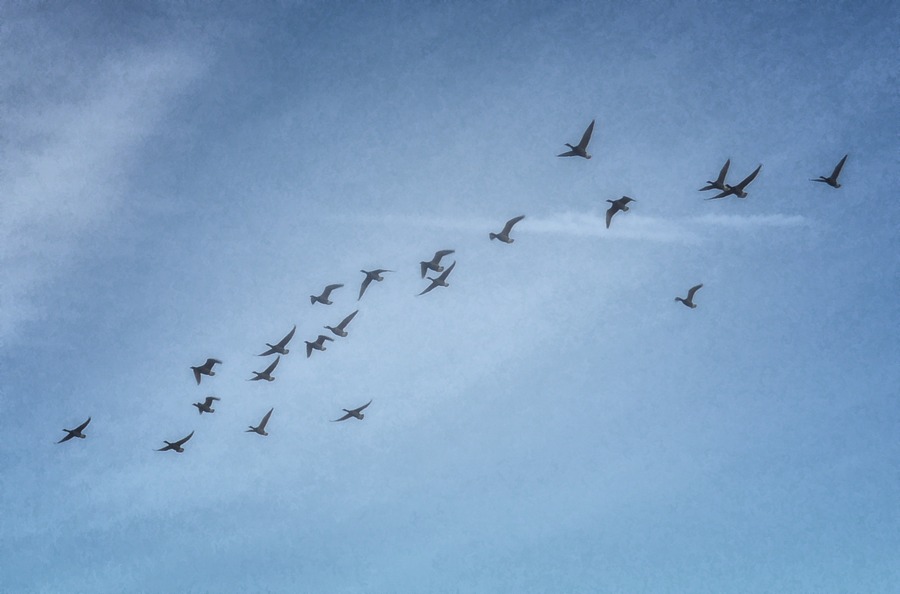 On my way again, there followed another 3 miles of unmade muddy road. The weather had turned much greyer now and there was a hint of rain in the air. This helped with my decision not to take another off-road diversion that I had planned. Instead I rode the most direct route to the bridge.

Back on the mainland and with over thirty miles still to go I was feeling tired. The rest of the ride was quite a slog, mentally and physically. Both knees began to ache. My route took me back over The North Downs and down some the hills that had featured in the Hengist’s Hills Audax. I was sure glad not to be climbing them. Lots of the lanes on the way back were muddy and covered in debris. It began to get dark as I headed into Maidstone through Bearsted and Otham, thereafter taking quite a convoluted route along back lanes and private roads until I reached Loose. From there it was a short distance to Coxheath and then home. 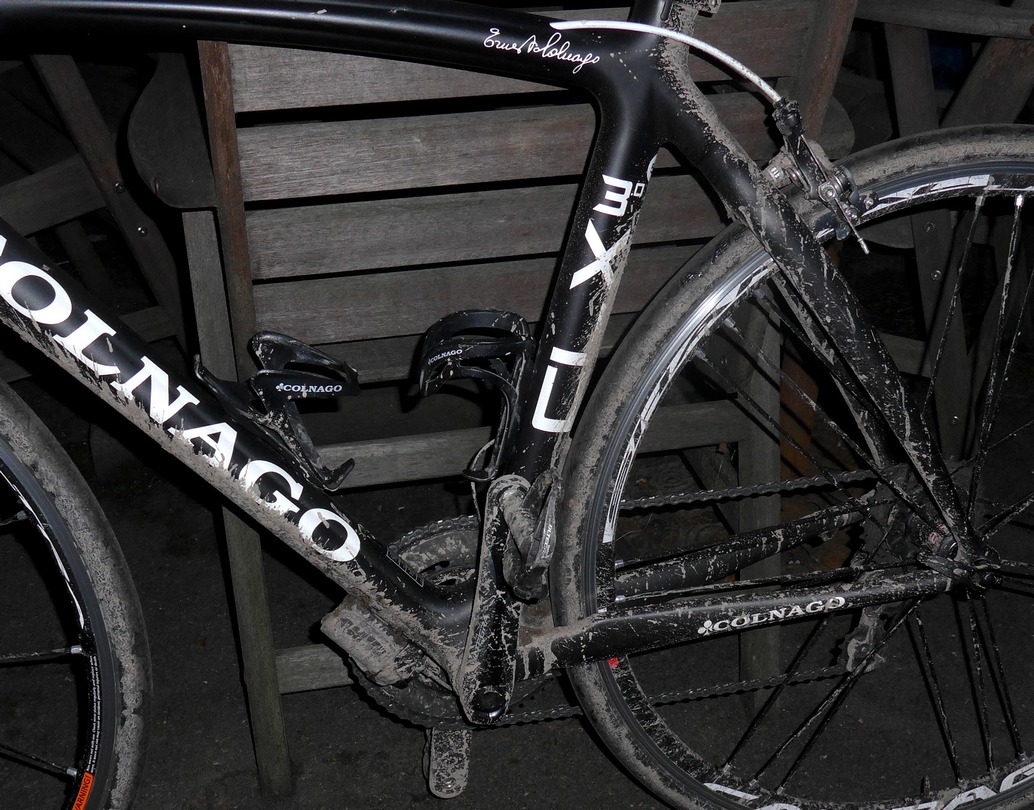 Me and the bike got pretty muddy. The thing I can’t fathom out about today’s ride is why I was so totally knackered by the end. Statistically there was nothing too challenging about the route. True, I hadn’t ridden for 11 days, but surely that couldn’t account for it. Afterwards, my legs were aching so much that I could barely walk downstairs; every step was painful and felt like my legs would seize up. One theory I have is that the longs I wore were too tight around the legs. The only way I could verify this would be to do another long ride in them and see what happens. Weird!