It wasn’t a Dry Blackthorn day, meaning that this day did not start off well. Various things conspired to rile me as I was preparing to go out, and then I couldn’t find my small bag that I keep under the saddle containing spare inner tube, multi-tool, etc. After looking in my car twice, and various other places, I remembered that it had come off at the end of the last ride, and I wondered if I had put it down on the ground when Al took my photo outside the parish hall. I looked back at the photo but couldn’t see anything on the grass around me. But then I looked at the photo of Alan and in 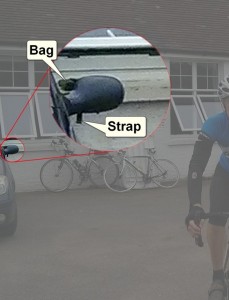 the background I could see my bag still on the window ledge outside the hall! Damn. At least I knew where it was now. I quickly searched online and realised it would cost about £50 to replace the bag and its contents – bloody hell! So I emailed the event organiser to ask if anyone had found my bag.

In the meantime I quickly cobbled together another emergency kit from another bag, another multi-tool and some other bits. Finally I was ready to start my ride.

It was a beautiful sunny and windy day, but not exactly hot at 16ºC. I wore my leg-warmers and long-sleeved top and, crucially, for the first time, my new Giro Air Attack Shield Helmet. The start of the ride continued the theme of annoyances. I kept getting stuck behind tractors and vans and there was loads of traffic on usually empty lanes. But as usual, after several miles, things started to pan out and all my troubles floated away as I enjoyed the beautiful day. 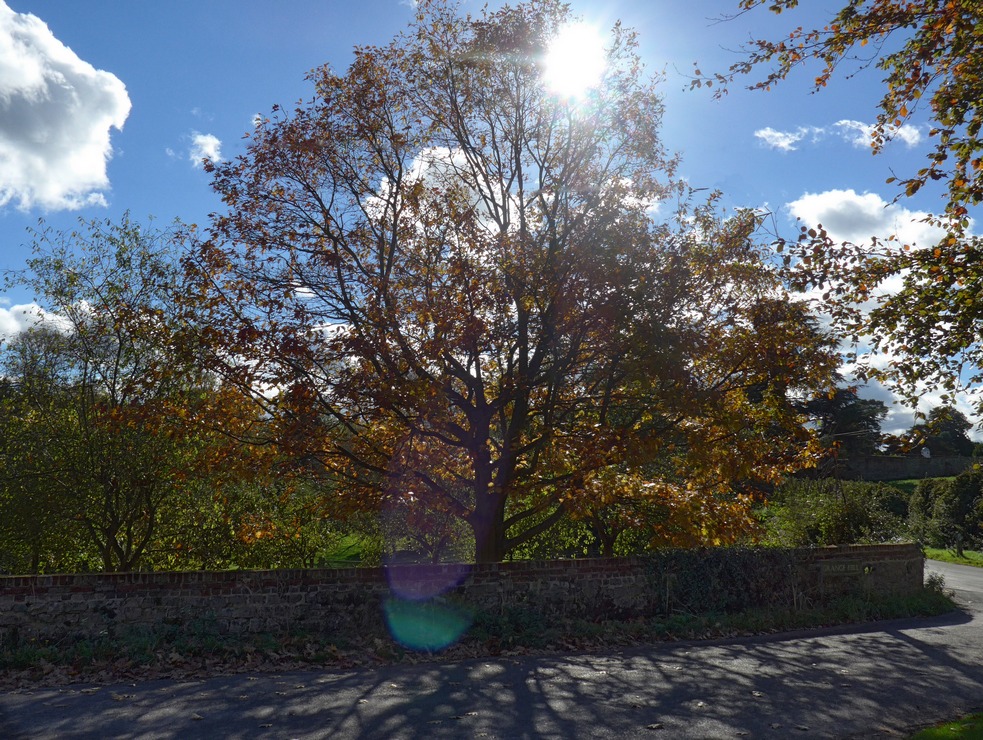 When I stopped to take this picture I switched from my sunglasses to the visor that comes with the new helmet. Until this point the visor had been clipped to the helmet upside-down, out of use. As I started riding again two things struck me. The first was that there seemed to be much more field of view with the visor than there is with glasses; there is no frame to get in the way so you have unrestricted view to the left and right and up. The second was that there was much more airflow over my eyes coming in from the side. This didn’t seem like a good thing as I started to blink much more than normal.

The initial thoughts about the helmet were that it felt like it cut through the air better. This could have been purely because I had been swayed by marketing! On a fast stretch where I averaged over 30 mph for a mile the constant stream of air across my eyes caused them to start watering. I also noticed that if I put my head right down, the wind noise from the helmet dropped to virtually nothing – now that must be a good sign and seems to endorse its aero-dynamic claims. Unfortunately in that position you can’t see where you are going! 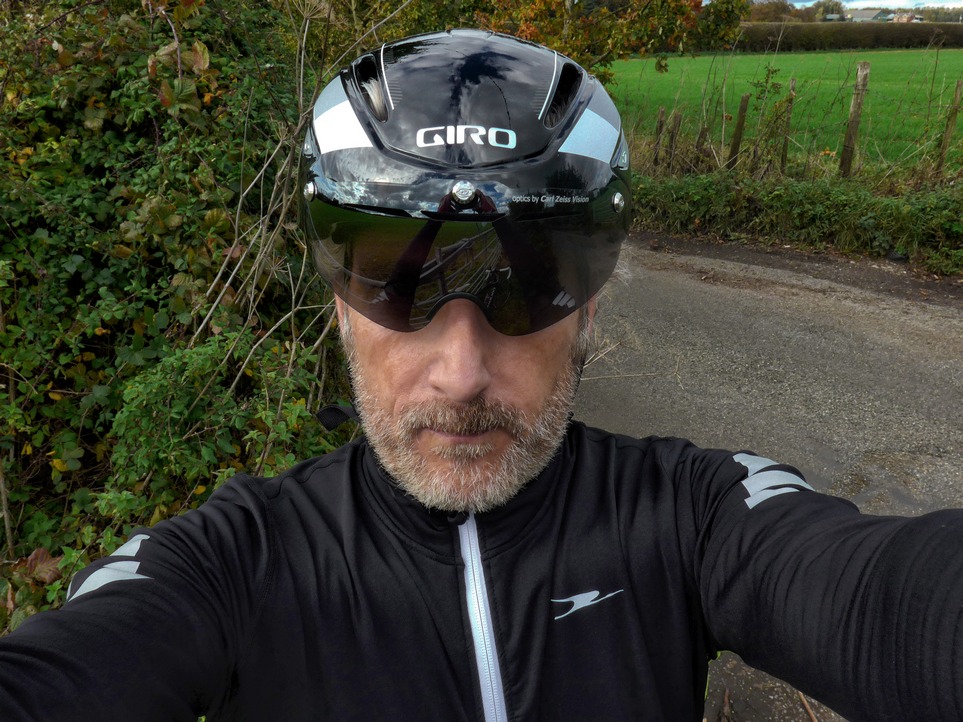 Thirty miles into the ride I passed another cyclist and noticed he was on a fixed wheel. That incident had no relevance whatsoever until I got home, which I did about an hour later after riding through a particular muddy section of the woods near Barming. Climbing St. Helens Lane near the end I really pushed it to the point of pain and was convinced that I would have beat my previous best. Alas, when I got home I found that I was three seconds slower than my best. 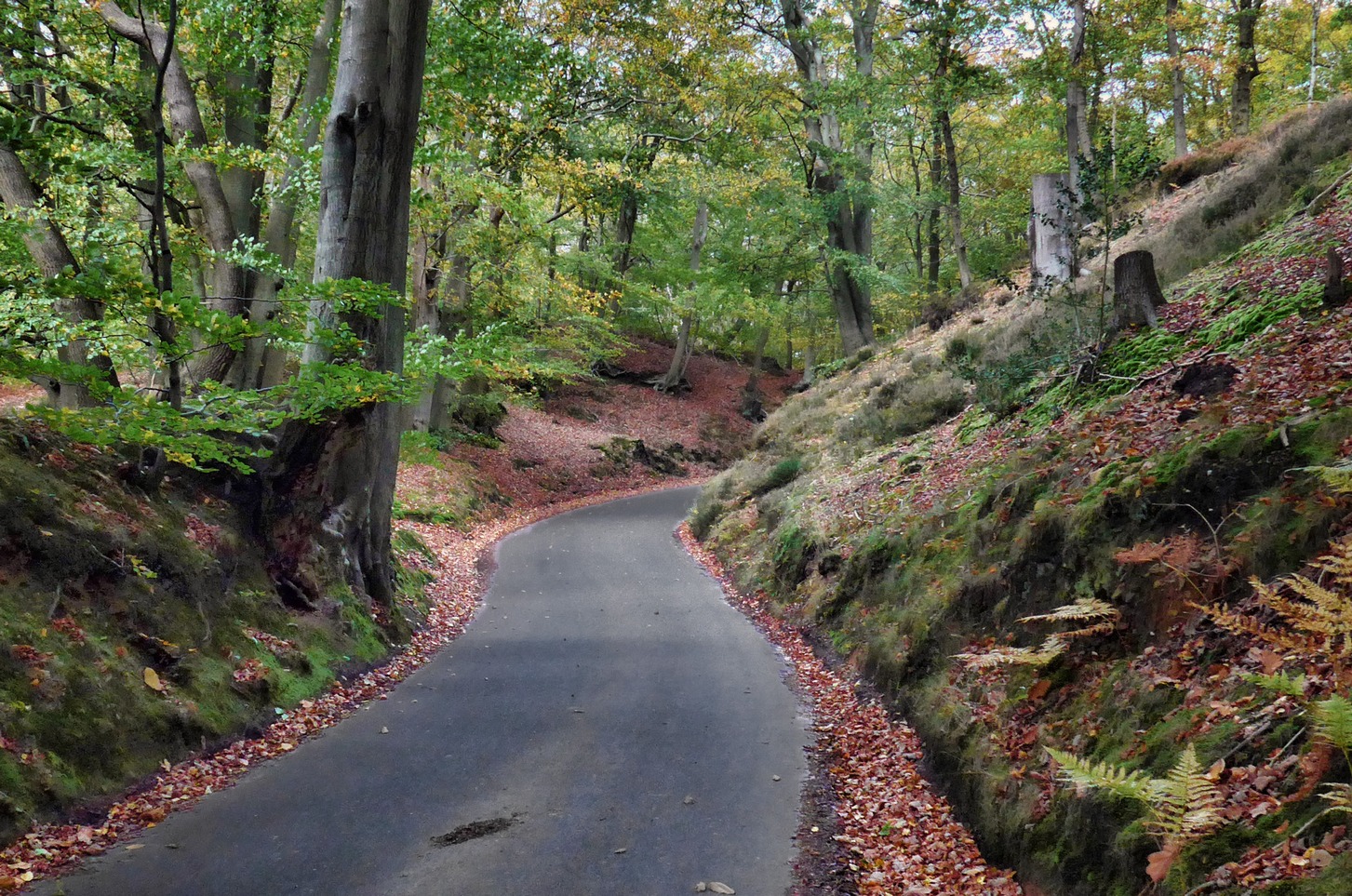 But, on a plus note, I achieved 22 PBs over the ride as a whole. Looking at other rides on Strava I noticed there was another cyclist who had done a similar route to mine, or at least some sections of it. Then I wondered if we had passed each other. Then it suddenly dawned on me that it was the rider that I had passed 10 miles from the end. I sent him a comment on Strava and he confirmed that it was him. Small world! 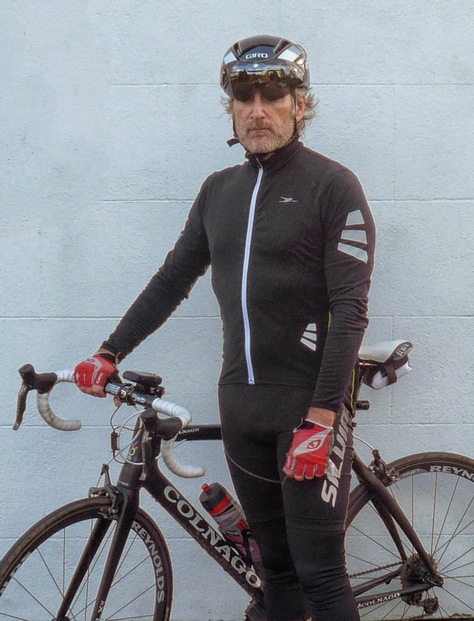 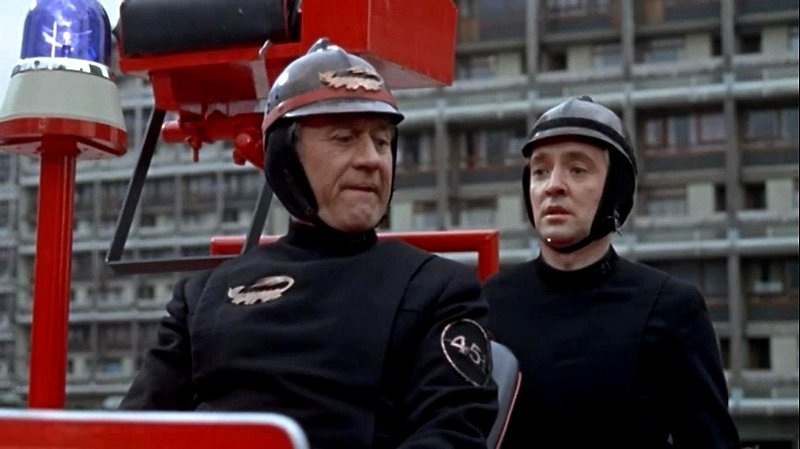 By the way, they did find my bag and are going to post it to me.