This, my second audax, is part of a series of events, completion of which contribute towards gaining the . Unfortunately for me I have only just discovered this challenge and I don’t know if there will be time to complete enough events before the end of the year. It may have to be a project for next year.

Today’s ride was one such qualifying event and took the form of three loops, returning to ‘base’ at the end of each part. I was already familiar with some of the hills on the route, Stede Hill and Hollingbourne Hill for example and there were a couple of other steep-looking bits in there, such as Coldblow Lane. We were extremely lucky with the weather. Sandwiched between 2 days of very wet weather, today was dry and sunny with virtually no wind. It had been a cold night though so I wore longs and a long-sleeved warm top and a base layer.

Normally I would ride to an event this close, but I hadn’t had much cycling in the past few weeks and didn’t really feel on top form so I decided to drive to the start. For various reasons, I was running late and arrived at the event HQ just as they were all leaving. I quickly got my bike and myself sorted and set off to chase the group, who were by this time 4 or 5 minutes ahead.

In an attempt to catch everyone I put in more of an effort than I normally would have done. After several miles I started to catch and pass some tail-enders. I was looking for my friend Alan who was supposed to be taking part in the event but I wasn’t sure if he was here. This being an audax, we were tasked with completing our by collecting bits of roadside information to prove we had been round the whole course. The information point on this leg was “the phone number of Boxley Sawmills” which could be found at the bottom of Lydsing Road. Three miles after that came Coldblow Lane, the most significant climb on this first section, at about 15% gradient. I didn’t find it too much of a challenge and I was still passing lots of riders.

A couple of miles further along, I was climbing the very steep but short Church Road (according to Strava the gradient is anywhere between 23% and 30%!) when I had a bit of an ‘incident’. I’ll try to describe it here as best I can: I was in my lowest gear and out of the saddle climbing this steep road when something ‘gave’ in the drivechain. It was like the chain had snapped; the pedals just spun forward without any drive so I landed back in the saddle, but as I put pressure on the pedals again I could feel resistance so it seemed to have ‘reconnected’. This all happened in a couple of seconds and I was still on the bike. By now I was virtually stationary so I got out of the saddle and made an effort to regain momentum. But the front wheel lifted off the ground and I started to lose balance so I immediately unclipped one pedal and stopped, astride my bike. Hmm, I thought, it’s going to be very difficult to get going on this hill again. In my head I could hear voices from a previous ride on Lockyers Hill – “If you stop, it’s too steep to get going again”. Nevertheless, I clipped my right pedal in and with a massive push forward attempted to get going, but the front wheel came right off the ground wheelie-style and as the bike reared up almost vertical I fell sideways and landed heavily, but squarely, on my right side. It was just like I had been thrown from a horse! 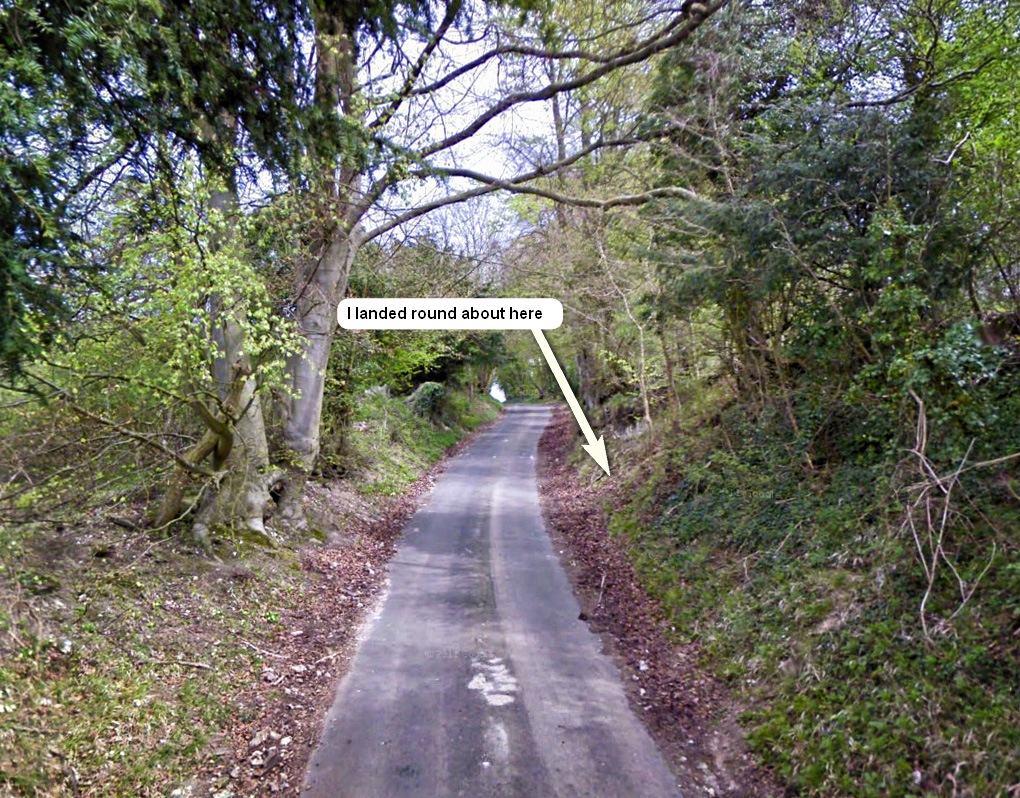 I immediately picked my bike up and realised that there was no option but to walk the short distance to where the gradient eased. I looked back down the hill aware that there were other cyclists not far behind, but luckily they were not in view yet. I reached a point where I could get going again and off I went. Luckily no one had seen me walking up the hill! What had caused this I don’t know – it felt like the chain had slipped, but it had never happened before so maybe it was some loose gravel on the road. Whatever the reason, I wish the incident could have been somehow caught on video so that I could see this ridiculous spectacle!

Four miles later I was back at HQ, and that’s when I saw Alan and another guy he’d been riding with. I grabbed a coffee and cake. The weather was warmer than I expected so I took the opportunity of removing my base-layer and leaving it in my car. We didn’t hang about long before the three of us set off on the second leg. I was still feeling good at this point. This section took us out to Charing and back via Stede Hill, a climb that I had done before and which wasn’t too bad. I waited for the other two at the top. Six miles later, most of which were downhill, we were back at HQ again.

Fifteen minutes later we three set off for the final leg. Now I was beginning to feel tired and I struggled to keep up with the other two riders, even on the hills. But I did hang on and, several hills later, we were nearly there. We just had the worst hill of the day left to climb – Hollingbourne Hill. I dragged myself up it, wondering at one point if I was going to make it. The other two were waiting at the top for me this time! It had taken me two minutes more than it had when I climbed it two weeks before! Once at the top, I somehow found reserves of energy to really push it and, setting a fairly hectic pace, I led us back to the finish at Bredgar at an average of 24 mph. We were among the first riders back, with just a couple of others already there.

I was really glad that I was driving back home. I found this event tough. 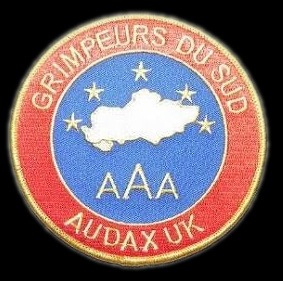 An award for anybody who completes 5 rides of 100km or over eligible for AAA points starting in the counties of Essex, Herts, Bucks, Surrey, Hampshire, Isle of Wight, West Sussex, East Sussex, Kent and Greater London within the same calendar year. More info 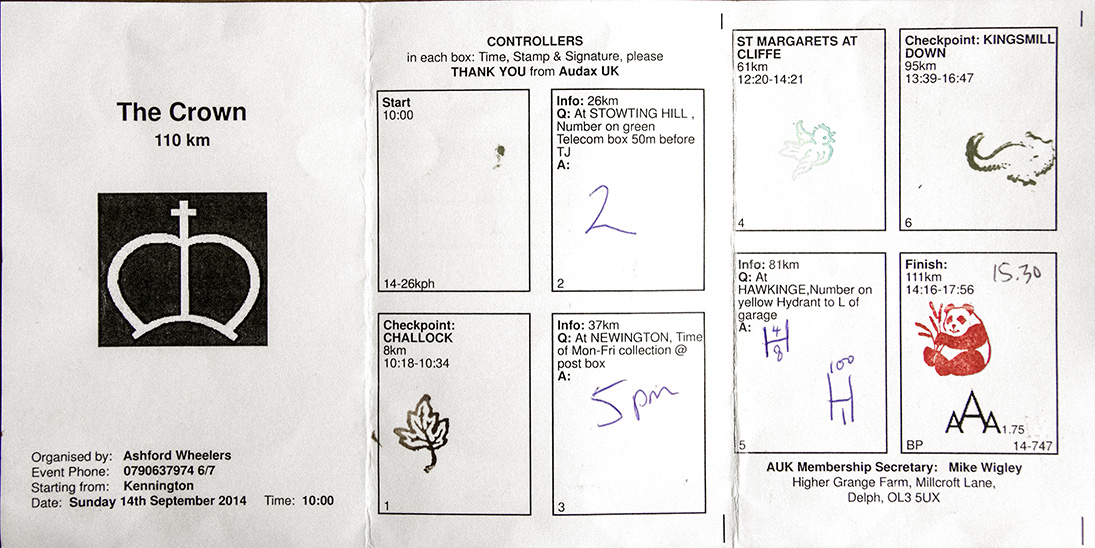 One Reply to “Hengist’s Hills”