This route was a modification of an existing one but made to be even hillier. I included a couple of hills that have been on my wanted list for a while: Strawberry Hill and the intriguingly-named Rowdow Lane. While I was planning the route I noticed another hill called Knatts Lane so I threw that in for good measure.

It was a windy day, about 10ºC. Quite sunny. I was going to take the Defy but I remembered it had a crunchy headset that I need to look at, so I used the Colnago. 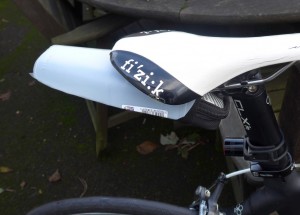 Because of the wet roads, I once again fabricated a makeshift ‘ass-saver’ from an old plastic milk carton.

I used my Giro Air Attack helmet again, this time with the visor and, again, as soon as I set off I could feel the airflow across my eyes making me blink quite a lot. But, same as last time, I got used to it.

Rowdow Lane starts off fairly reasonably at about 11-12%, then it eases slightly. That can’t be all there is to it, I thought to myself. Then it starts to get steeper again. I looked up ahead, and wondered whether what I was seeing in the distance between the trees was the sky or the road rising up at what looked like an impossible gradient. It turned out to be the latter, but as is often the case, it looked worse than it was. It did kick up at the end to a steep, but manageable, 16%.

About two miles later the route turned right onto a bridle-path. It didn’t look too bad. 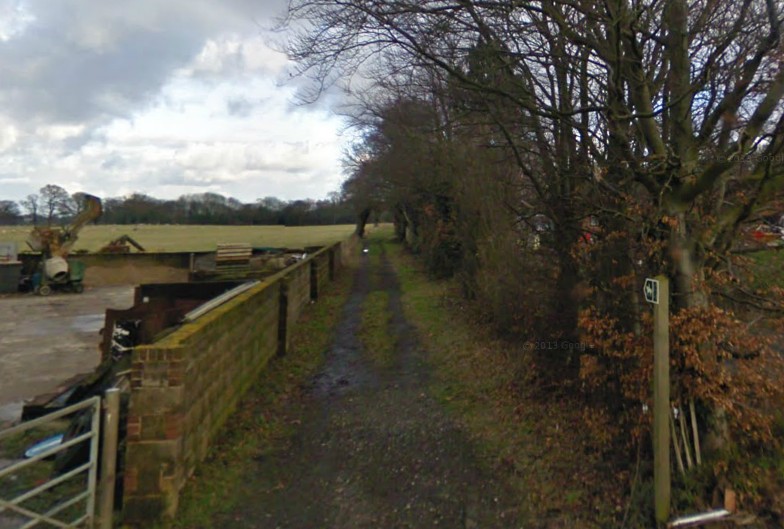 A bit further on it narrowed to a single track with quite deep mud  along the centre. I rode along the edges, the grass giving me just enough grip to keep going through the underlying squelch.

And then conditions worsened further as the path plummeted down the side of the hill into Knatts Valley below:

By the time I got to the bottom my brakes and shoes were totally clogged with mud. I stopped and tried to get most of it out with various twigs I found lying around. I eventually got to the road and then it was straight up the other side of the valley courtesy of Knatts Lane which starts off easy and then rears up to 17-18% towards the end. 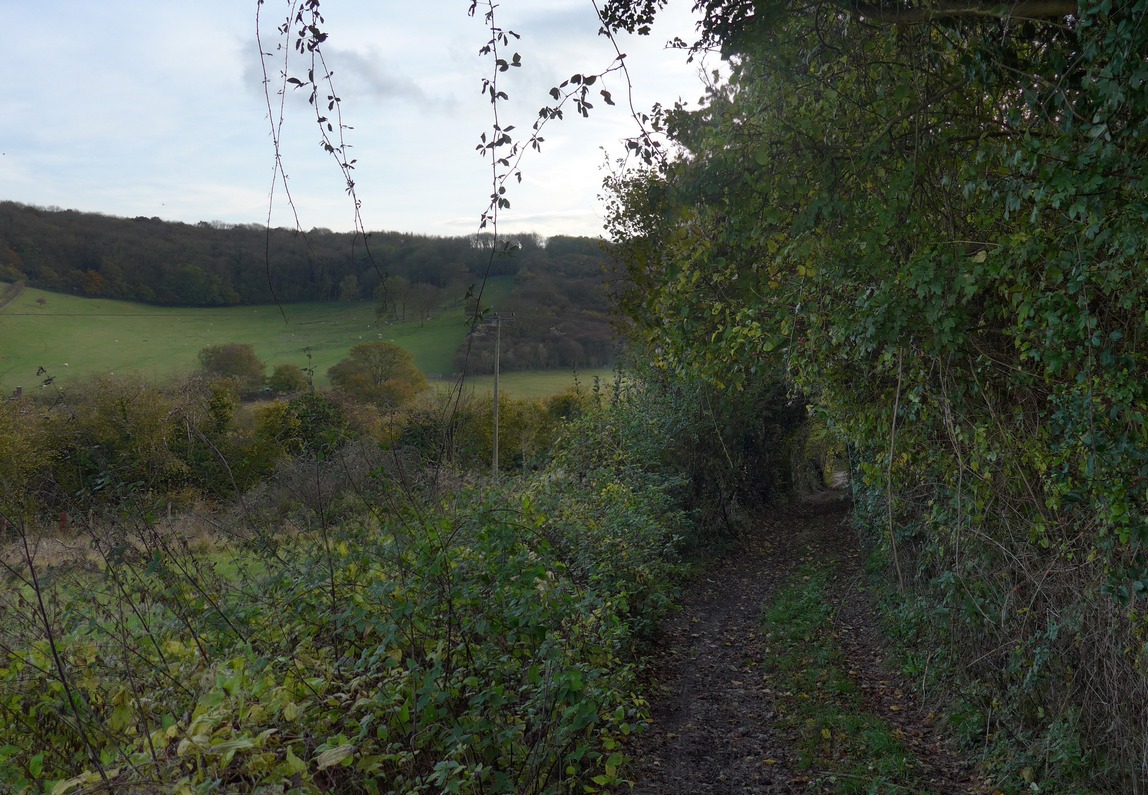 Then it was on to Strawberry Hill, another new one on me. It rises 230ft through Ashmer Wood at a constant 11%. The lanes around this area were really muddy and cruddy! Sometimes I could barely see the road surface. Descending Birling Hill a few miles later I again experienced watery eyes due to to wind rushing in round the side of the helmet visor. It’s awkward because it limits your ability to see clearly, and that’s not a good thing when you’re haring down a hill!

About five miles from home I got a puncture. Luckily it was in the front tyre. Eight minutes later I was on my way again. There was one further off-road section of about 1.5 miles through Oaken Wood to the north of Barming. This time, when I reached the really muddy bit I decided to ride straight through the woods, i.e. where there was no path – a road bike is not ideal for that sort of terrain but I made it OK. I got home about 15 minutes later. It was getting dark, but I had to completely wash the bike yet again although I didn’t really feel like it. This was the third ride in succession where I had arrived home covered in mud! Roll-on next Summer!