The forecast today was for rain later, but I hoped I would get back before it started. I designed a fairly hilly route to try and increase the accumulated elevation that I am building up as part of a challenge to climb the height of Mount Everest in 20 days, although my work schedule means that I will only have about 14 days to do it. Compared with my last couple of rides this route had lovely roads, without mud. I wore my rain jacket and shoe covers and fashioned another ass-saver, this time from a clear fabric conditioner bottle: 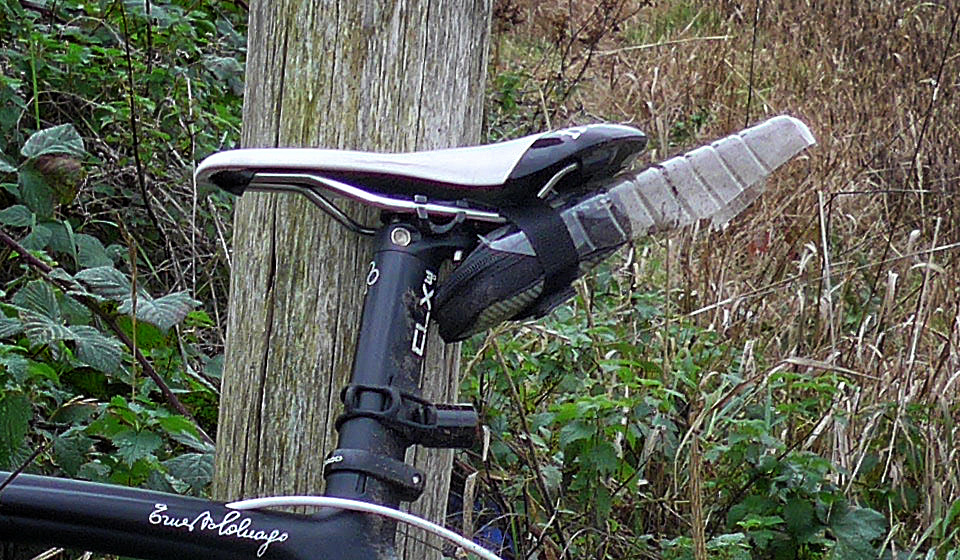 I included some extra features in the design of this one such as more accurate slots to fit over the saddle rails and a hole that hooked over the saddle-clamp bolt. Also it was more securely attached by the straps on my tool bag.

It was an overcast day and windy. I was riding into the wind for the first part but still I enjoyed the autumn colours and smooth roads.

It started raining at the 31-mile mark, much earlier than I had predicted. Within a few miles I was soaked. The visor on the Giro Air Attack helmet became very difficult to see through. Additionally, on fast descents the rain was getting blown into my eyes from the air rushing round the side of the visor. I’ll try to remember not to use the visor again if rain looks likely. Ten miles further on, a pain in my right knee had developed to a point where it was becoming difficult to ride. My legs were soaking wet and cold – I don’t know if that was the cause. I could feel that the rain had soaked down my legs, under my shoe covers and into my socks. The last 15 miles of this ride were in extreme discomfort from the knee pain. It hurt just going round even without any pressure on it. Long before I had reached the end I had removed my helmet visor as it had become impossible to see through.

Where I was able to I did some one-legged pedalling and unclipped my right foot and just dangled it in mid air. It may have looked stupid but the pain went away totally. My pace slowed almost to a crawl as I struggled back with a permanent grimace on my face. I didn’t think I was going to make it up Barn Hill at the end. But somehow I did (don’t mention Rule #5 – I wasn’t in the mood!).

When I got back I had to rinse my bike off in the rain. My new-fangled ass-protector had worked well, and had actually stayed attached for the whole ride. So that was an improvement. 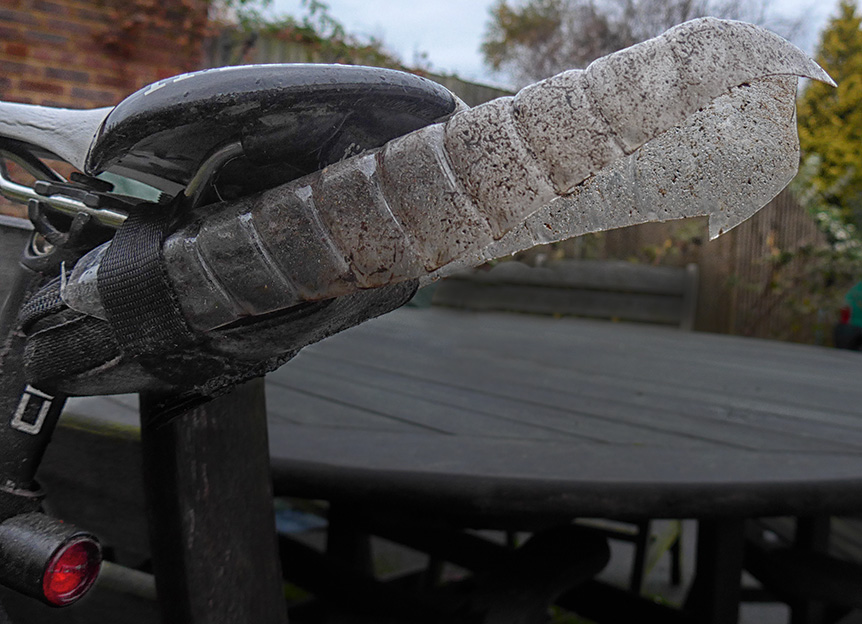 Giro Air Attack visor no good in rain
OK, so nothing is really any good in the rain, but this had the additional problem of rain blowing in from the side into my eyes
Use ice pack immediately after an injury
I should have known this. I should have ice-packed my knee as soon as I got home. I should have paid the PRICE and avoided HARM! See here for more info. 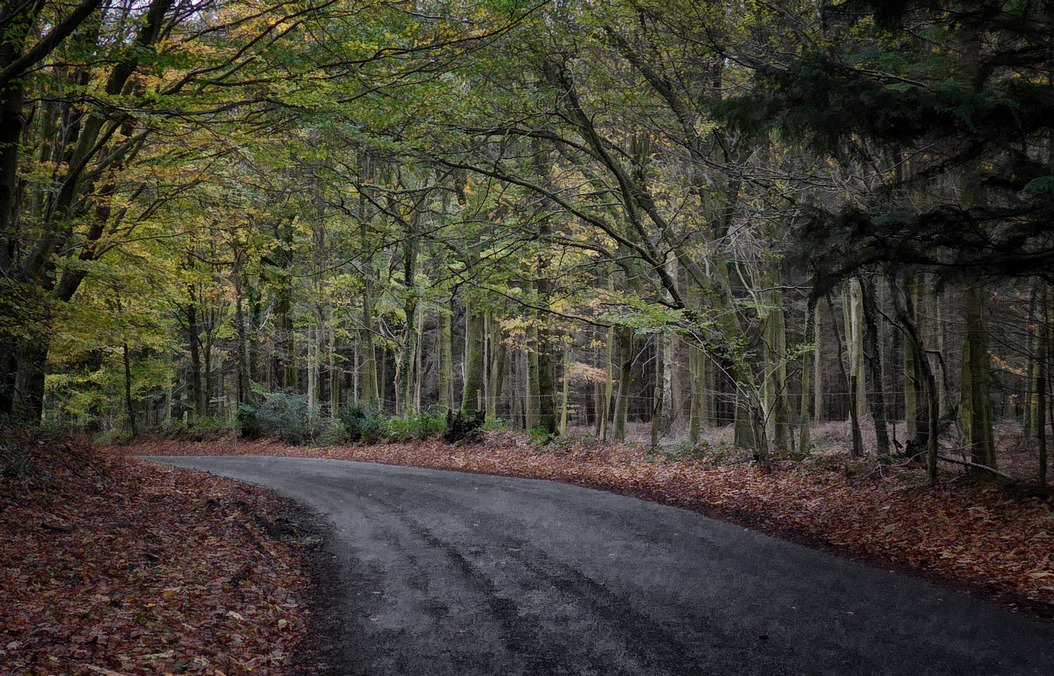