My third sportive. This time I had decided to go a bit further still – 75 miles.

It was an early start for me, getting up at 6 AM,  after less than five hours sleep! A large bowl of porridge and a ninety-minute drive later I found myself in the increasingly familiar surroundings of a car park full of MAMILs, YMILs, MAWILs and YWILs (my favourite) unloading their bikes from cars, adjusting, pumping, checking, chatting. The weather was gloriously sunny but not too warm – ideal conditions. After a painless registration process I made my way to the starting pen and started with about 20 other riders.

Quite a bit of the first 50 miles were spent riding with others, keeping my pace higher than it would otherwise have been. I was bracing myself for a hill at 11 miles (the huge spike on the elevation data above). It had a rise of 265 feet in half a mile which is steeper than my guideline threshold of 500 feet per mile, which I know is quite steep. I need not have worried – I went up it in second gear, and managed to chat a bit as well! I don’t know if it’s the adrenalin or what that makes that happen!

I had made a mental note that there were feed stations about every 25 miles. I stopped at the first one and had a piece of flapjack, topped up my juice with some isotonic, stretched my legs and was on my way again. This sportive didn’t quite have the atmosphere or the dramatic scenery of the Jurassic Beast but was nevertheless a nice experience cycling through pretty villages and quiet lanes on a sunny day. Around about the 32 mile mark my average had dropped from over 17 mph before that hill to 15.6 mph. That meant I was slipping into Silver medal territory! 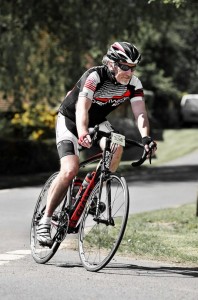 At the second and last feed station I topped-up my drink, grabbed a fig roll and jaffa cake, and stuffed an energy gel in my pocket, all without even getting off my bike. In just over a minute I was on my way, hastily scoffing the jaffa cake down. Over the next 25 miles I pushed my pace quite hard, mainly riding solo. I kept looking at my Garmin checking the average speed – I managed to get it up from about 15.7 to over 16. Someone was following me for quite a bit of that section but they eventually got dropped on one of the last hills. Towards the end the pace was not comfortable but I kept pushing, helped in part by that energy gel I had bagged. I constantly checked the distance left – 20 miles, 15 miles, 7 miles, 2 miles, less than 1 mile, and then…..DISASTER! I heard a familiar 2-tone alarm; I looked up and saw a level-crossing barrier coming down a couple of hundred yards ahead. Expletives flowed spontaneously. I couldn’t believe it had happened again; I checked the Garmin – there was just 0.7 miles to the finish! My immediate thought was that it would cost me my 16 mph average. For a split second I considered going between the barriers – then I wondered if there might be a footbridge that I could carry my bike over. In the end it didn’t matter; the train went through almost immediately, the barriers lifted and I was on my way without even having fully stopped.

I virtually sprinted the rest of the way to the finish and was pleased to find that I still had 16.1 mph average showing on the Garmin. I had beaten the 15.5 mph average required for gold – yay! I collected my medal and goody bag and went back to the car. I had my now customary chocolate milkshake protein recovery drink and did a few stretches, hoping I wouldn’t get cramp while driving back. In the end the drive back was fine.

This was the first ride I had done since ‘flipping’ my stem. I felt totally comfortable. The Selle Italia was great too – still felt fine after 75 miles. 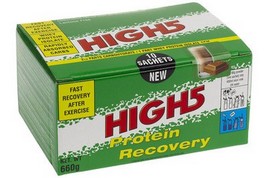