The main features of this saddle are: 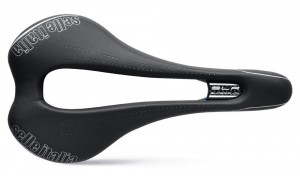 I bought this back in Oct 2013, when I was considering a new saddle. I saw this going for £86 in a sale, so even though it was the wrong colour, I bought it to see how I got on with it. If it turned out good, then I’d get a white one to match my bike better.

I didn’t get around to trying it out until this ride. My first impression was that it feels like it sticks up in the middle as you sit on it. I guess that it might need wearing-in, as others have commented. The other thing I noticed on that first ride is that there was a slight discomfort just where the cut-out is.

I thought that was a bit strange, but maybe the pad in my shorts was bunching up in the ultra-large cut-out – just a theory! After the ride I felt better than I normally would have, so that was a sign that the design was working as intended. 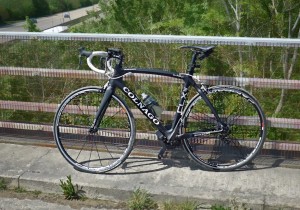 As I’m writing this I have just completed a 73-mile ride using this saddle. There were some moments of saddle discomfort, but that’s fairly normal for this length of ride – riding out of the saddle for a while usually eases the problem. Also it may be possible that this saddle is rubbing on other parts, compared to my previous one, so I might take a while getting used to it. I’ll persevere for now.

Update 6th May 2014: Just done another 25 miles. It seems OK so I have ordered a white one now out of respect of 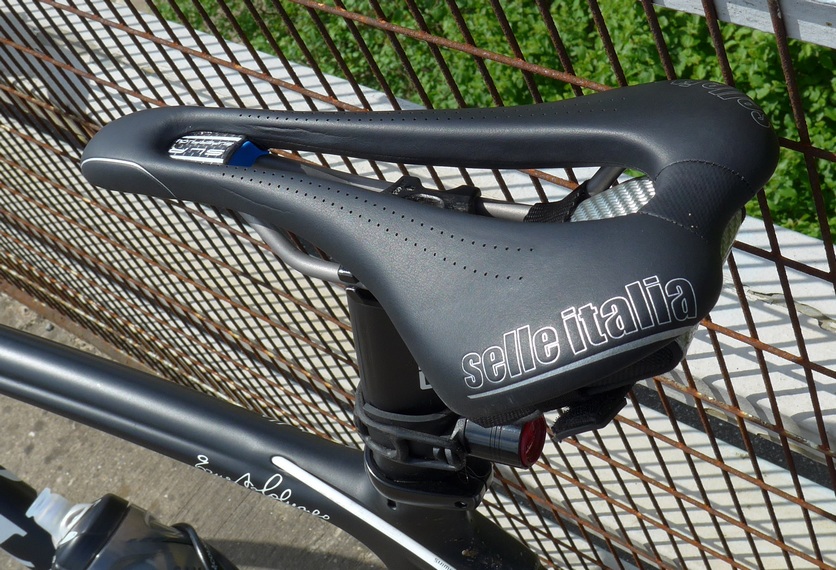 #8: Saddles, bars, and tires shall be carefully matched

Match the saddle and the bars to the frame decals