It was a lovely warm day (17-19°C), mainly sunny and quite hazy, with a light NW’ly wind. I planned the route, as usual, to head into the wind for the first part of the ride. I tried to keep the climbing to a minimum to go easy on my knee.

This time I had deliberately included a small section of rough off-road track in the route. I had looked at it from above using Google satellite images and it looked OK. Well, what I mean is that I was at least able to establish that the track went where I wanted it to! I took my Giant Defy, which still had mudguards on.

No heroics today; just an easy ride, purely for the pleasure of being out there. All the signs of Spring were in abundance; fields of bright yellow rape; bluebells in the hedgerows and woods. 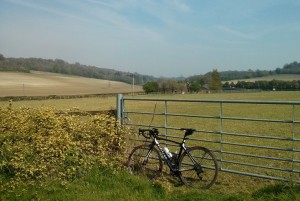 Orchards were full of blossom and the air was full of insects. Lambs bravely grazing near the roadside would become wary and run off away from the road towards their elders who were bleating about the danger that was me, approaching the fence trying to get a photo. 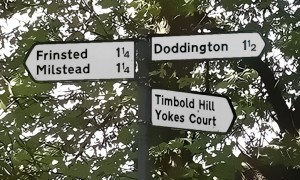 The large number of photos I took on this ride is an indication of how leisurely I was taking it. I seemed to be stopping every few miles. But that also gave me a chance to take in the ambience of the peaceful countryside – a luxury I rarely afford myself.

The short ‘off road’ section was, thankfully only half a mile long. The track was much rockier than I had predicted and was very difficult to ride on. 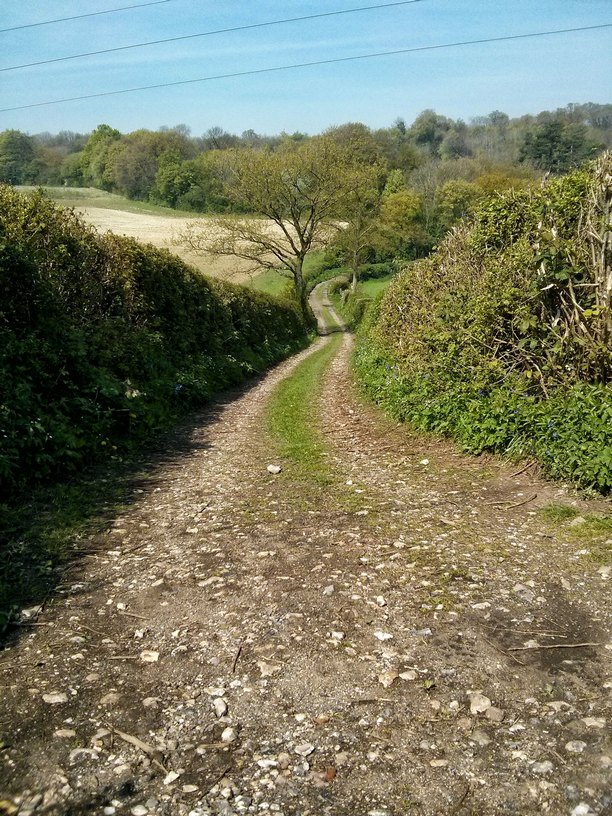 About 36 miles into the ride, while enjoying that trailing wind of the return leg, I heard the unmistakeable sound of a blow-out, accompanied by a rhythmic blast of cold air onto my leg as the punctured tyre turned. The fact that I could feel it on my leg meant that the damage was in the side of the tyre. Damn! Not again. That tyre had only done a few hundred miles since I bought it to replace one that had been damaged in exactly the same way! Luckily I had been riding down a quiet lane when it happened which made for pleasant surroundings in which to fix it. I changed the tube and inflated the tyre. As I was unscrewing the pump from the valve, more and more air started escaping until, with a sudden rush of air, the pump came away and the tyre completely deflated. I had unscrewed the valve insert! That’s the second tube I’ve had lately where the valve hasn’t been screwed-in properly. I re-inserted the valve and again, this time successfully, inflated the tyre.

I started speeding up towards the end of the ride. In Marden I knew that Pattenden Lane was a Strava segment so I gave it some welly and, despite the fact that I was struggling into a headwind, I achieved a personal best, which really surprised me. 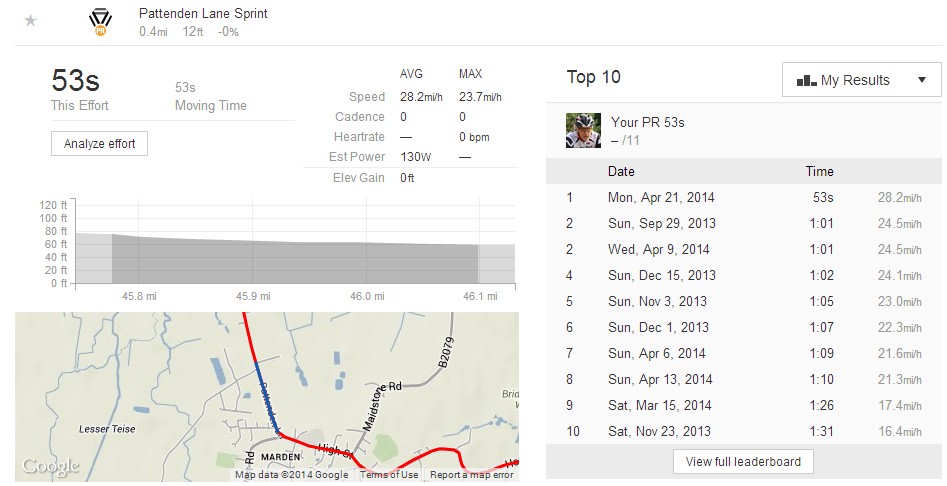 I was also surprised to get my third fastest time up Barn Hill, especially as I was wary of my still painful knee. 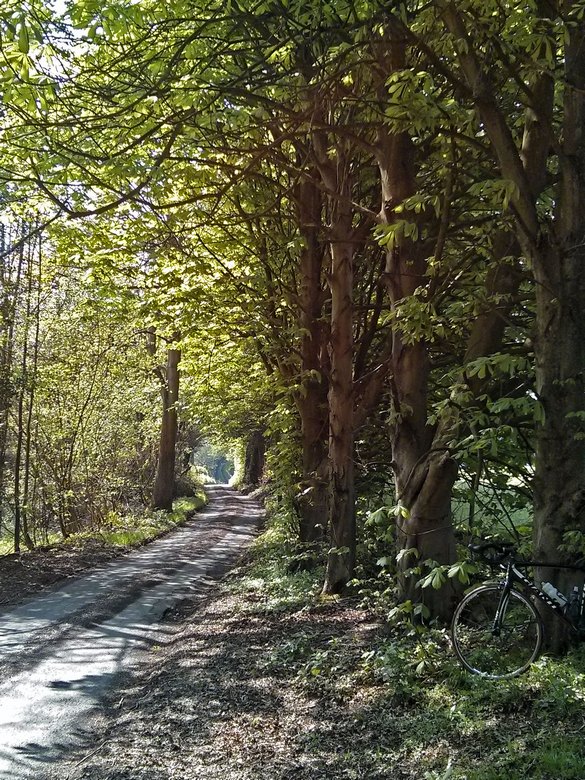 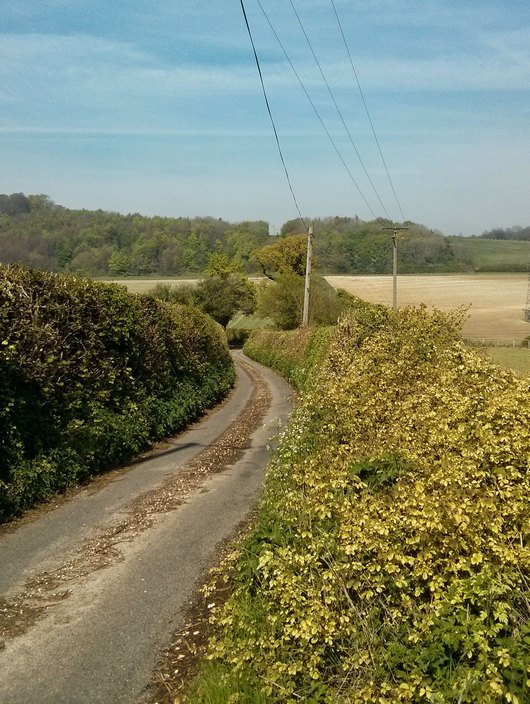 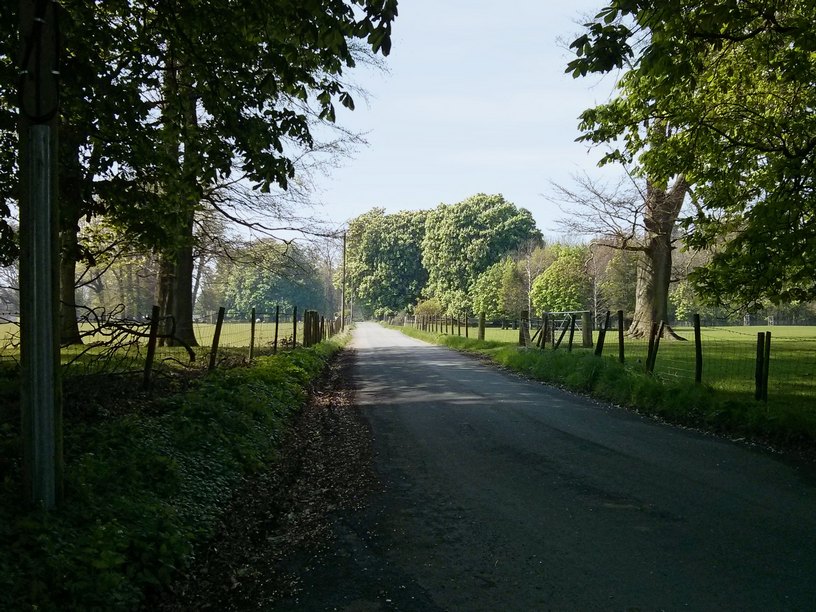 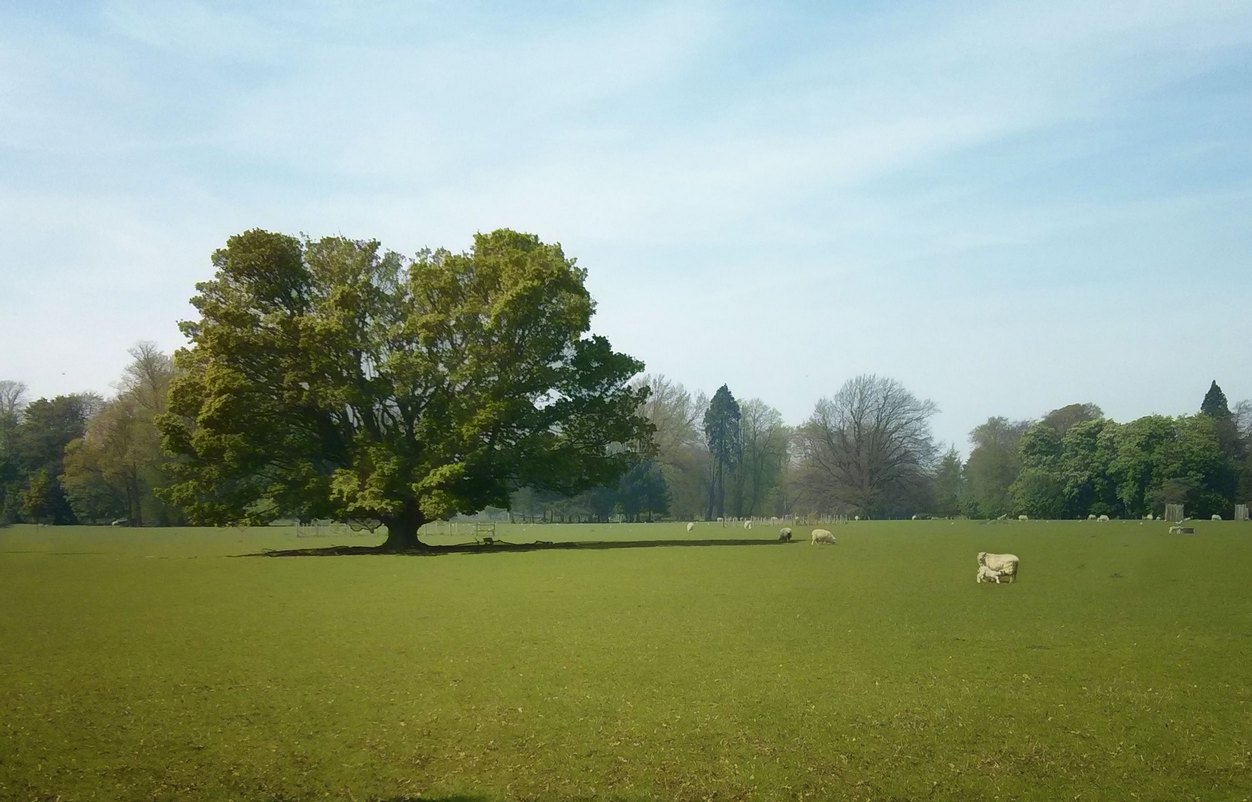