It was a beautiful sunny day (hottest of the year so far). The wind direction suggested that I should ride NE so I decided on Whistable, using one of my old routes from last year.

I took my Colnago, after having first fitted the white version of the Selle Italia SLR SuperFlow saddle. There’s not much to say about this ride other than: 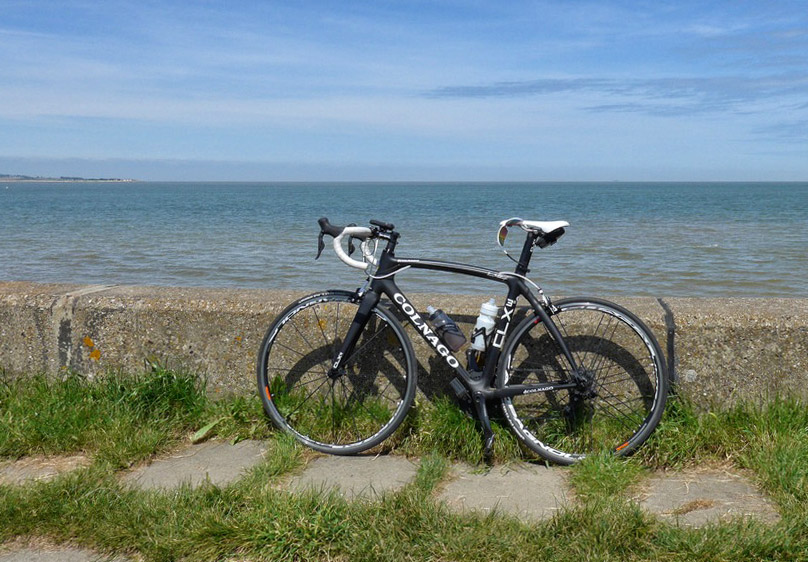