I had designed this route before leaving the UK, but didn’t know if I would necessarily be stopping in this area. Inspired by someone’s description of the Vosges, I thought I’d stop over on my way south in a town called Cornimont, in the ‘Parc naturel régional des
Ballons des Vosges’

When I came to look at the route before uploading it to my Garmin, it looked like it would be a very steep start, so I reversed the route to make sure all the steep inclines were on the (downward) return.

It wasn’t that warm, maybe 20°C or so. I wore a base layer, thinking of the fast descent. I set off around 1:30, rode 100 metres up the road and turned around and went back to get my arm-warmers!

The first part of this ride was a gradual descent over 4 miles, taking me through villages similar to Cornimont. 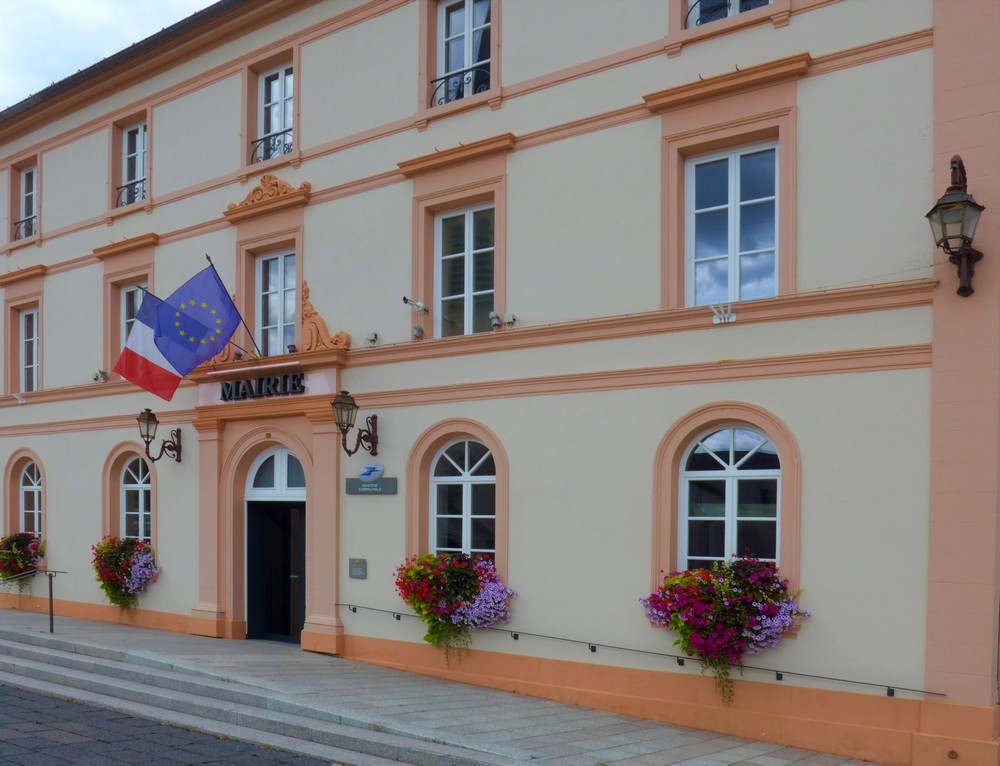 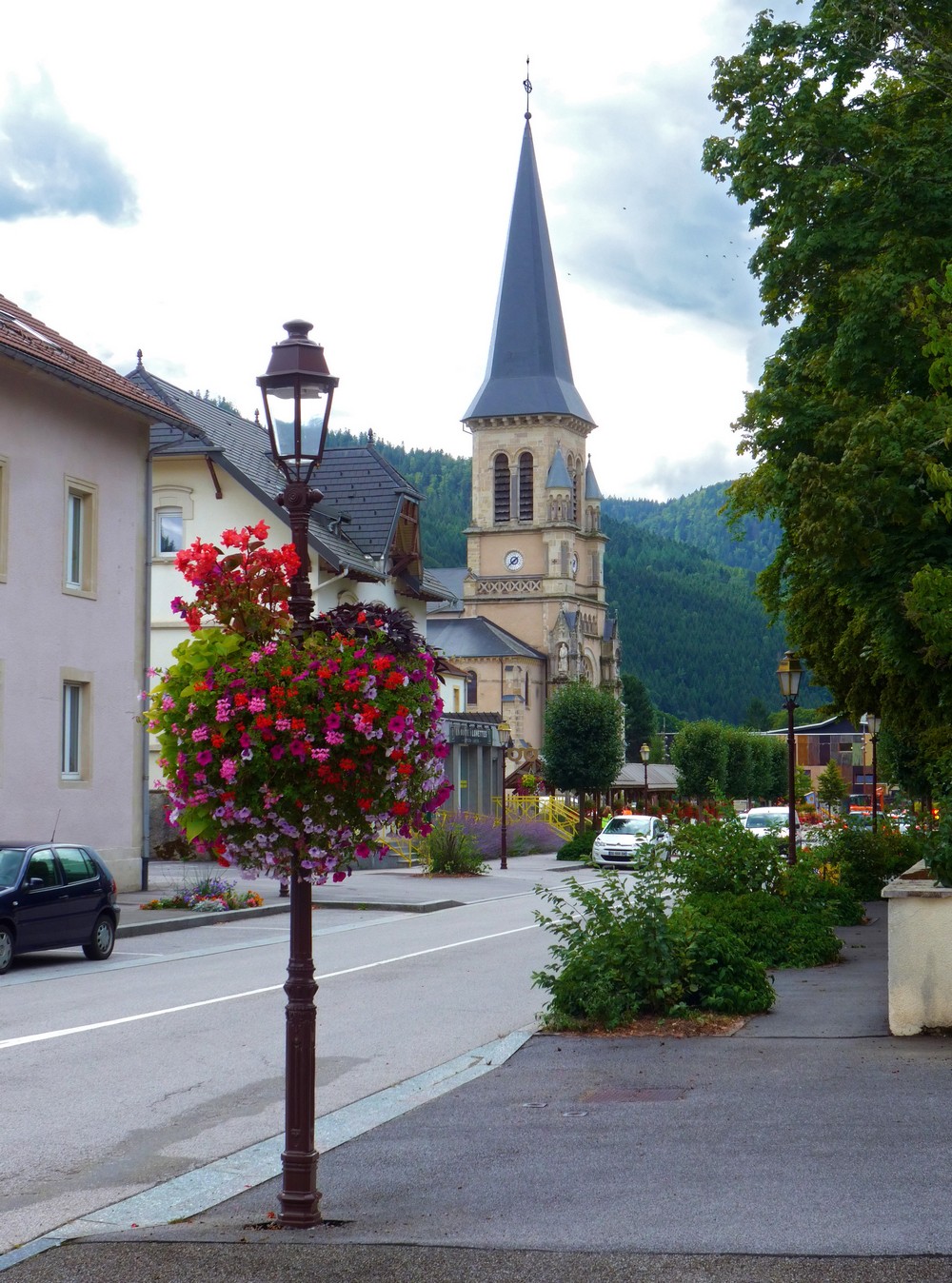 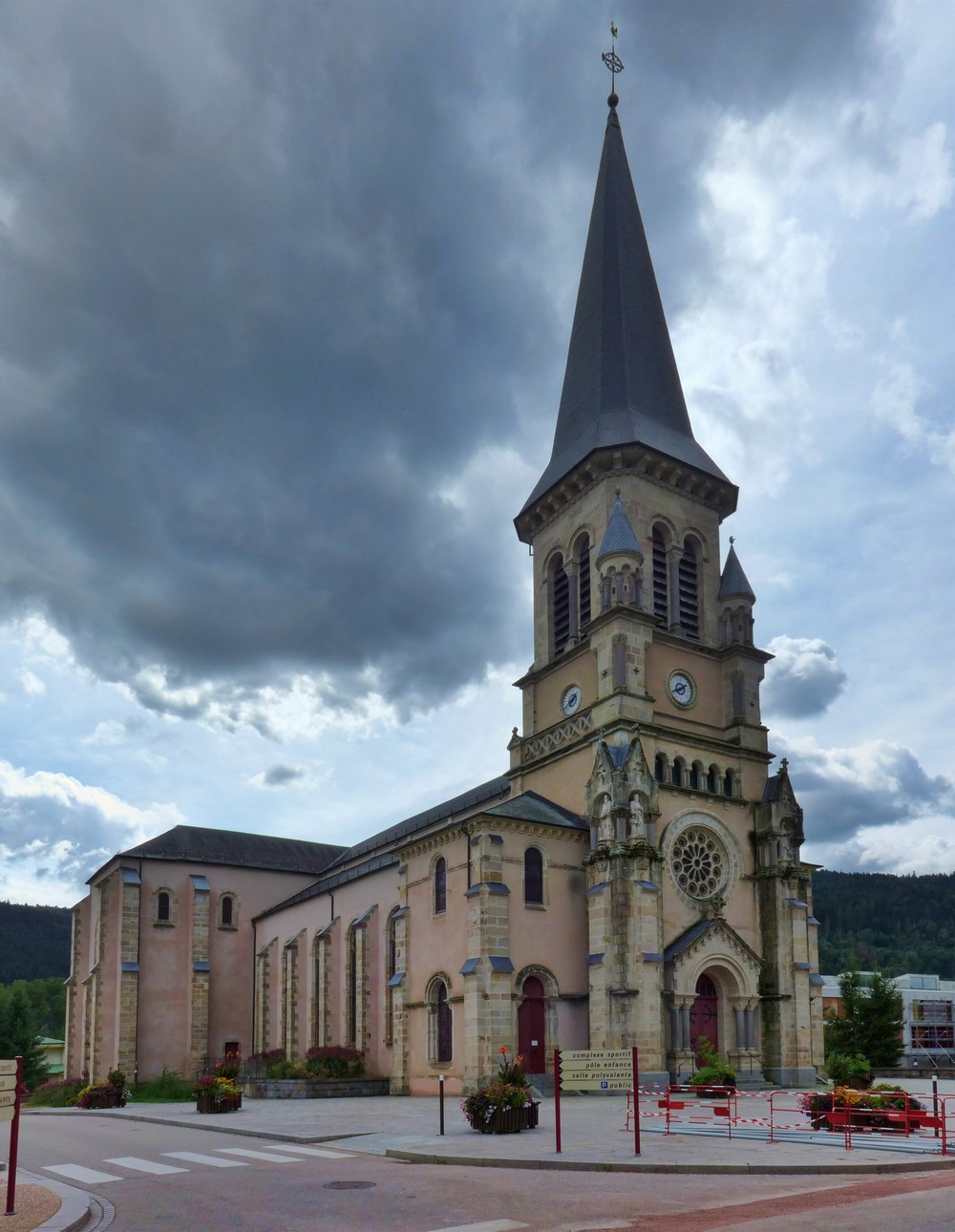 Through the town of Saulxures-sur-Moselotte, the route turned right and up into the hills. For 2½ miles at 8%, the road wound its way up the hillside through numerous switchbacks, offering wonderful views over the surrounding hills, and passing a seemingly never-ending series of farms. 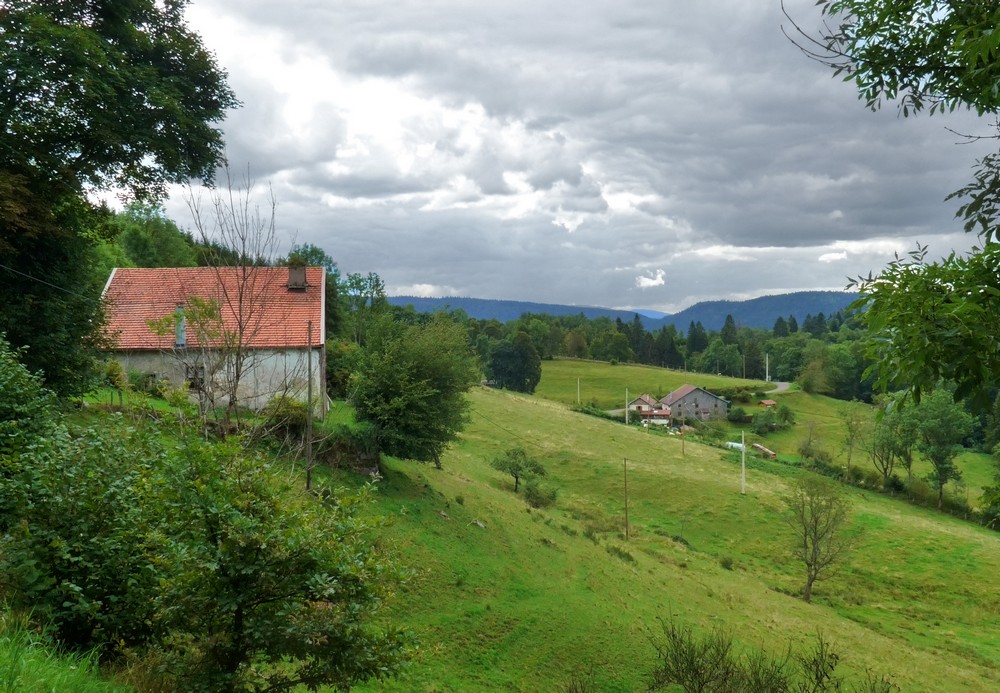 Nearly every house was a small-holding of sorts. All perched on the steep hillside. 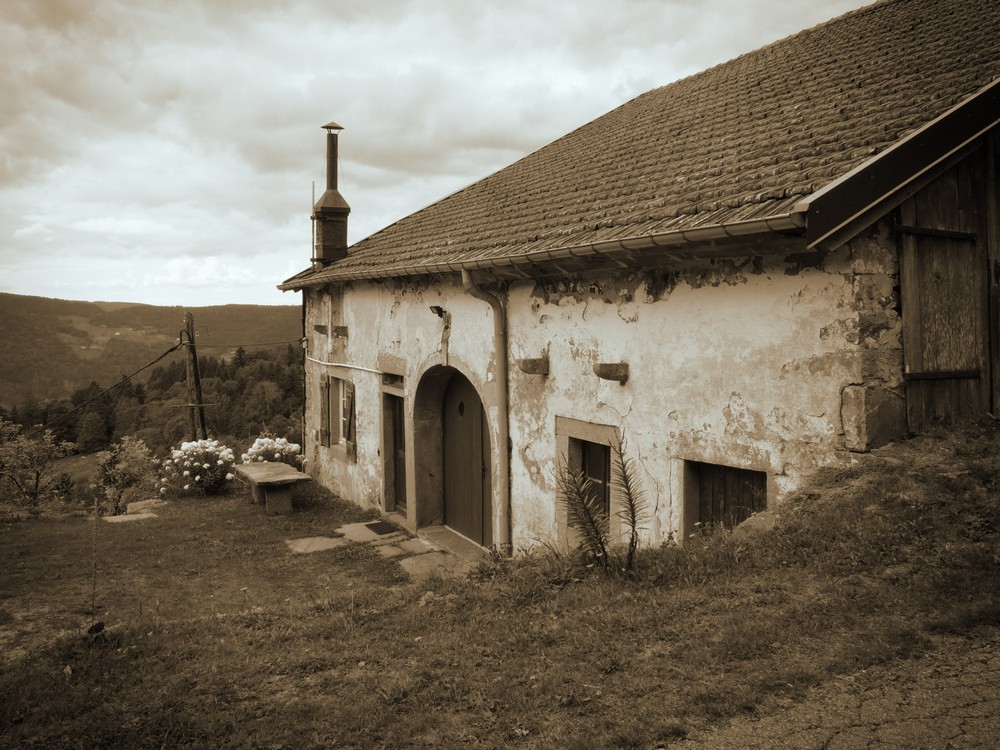 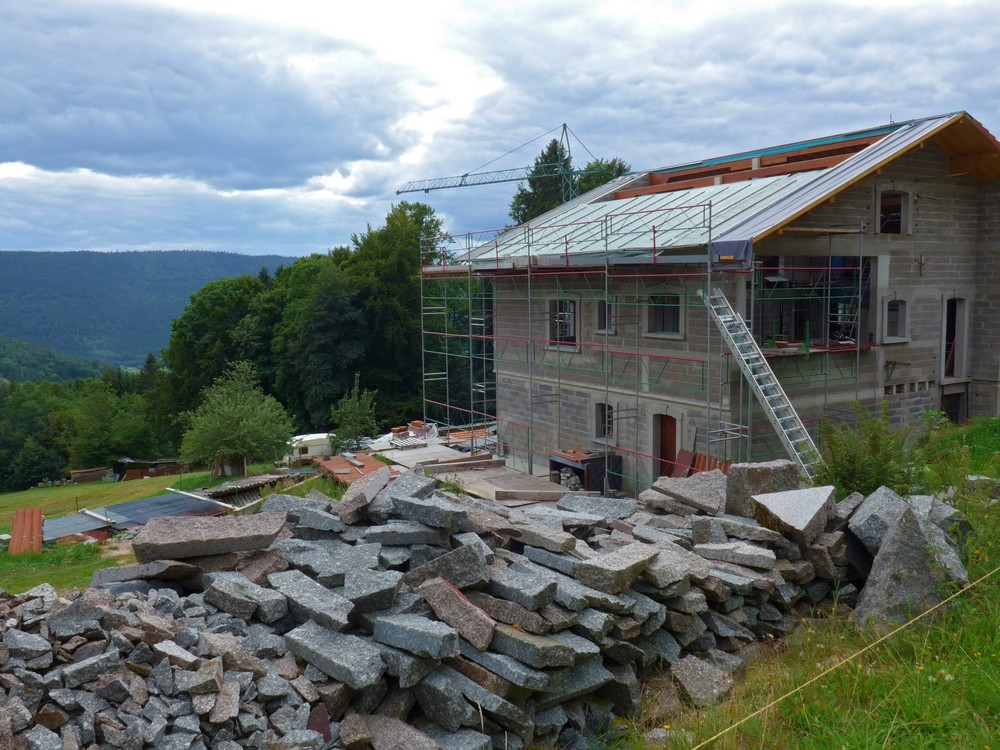 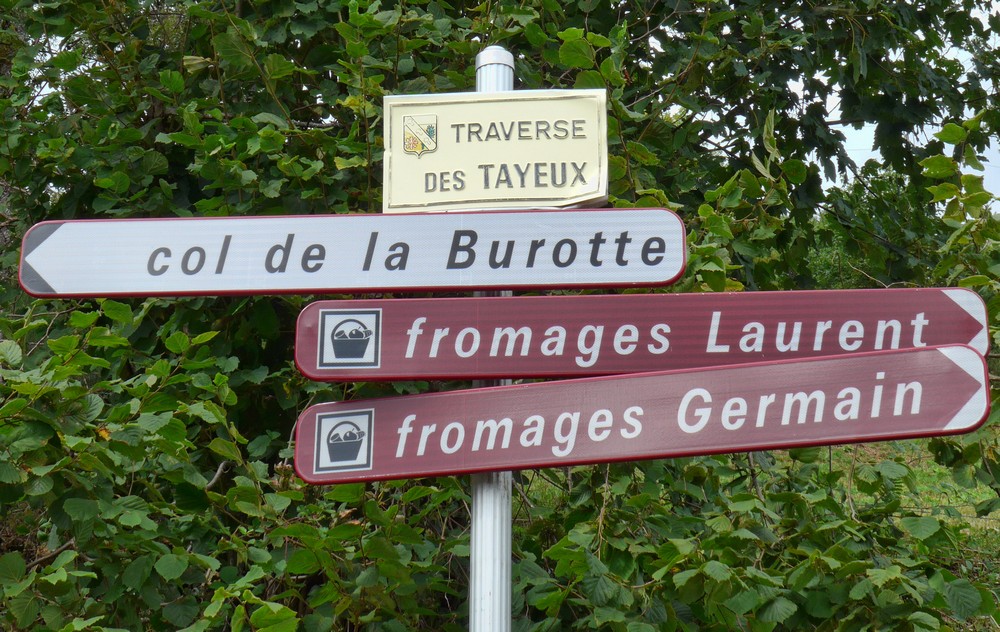 My planned route was to the right, apparently in the direction of cheese, but I thought I might be able to ‘bag’ another col, so I turned left in search of col de la Burotte. I didn’t know how far or steep it would be. But I soon found out. 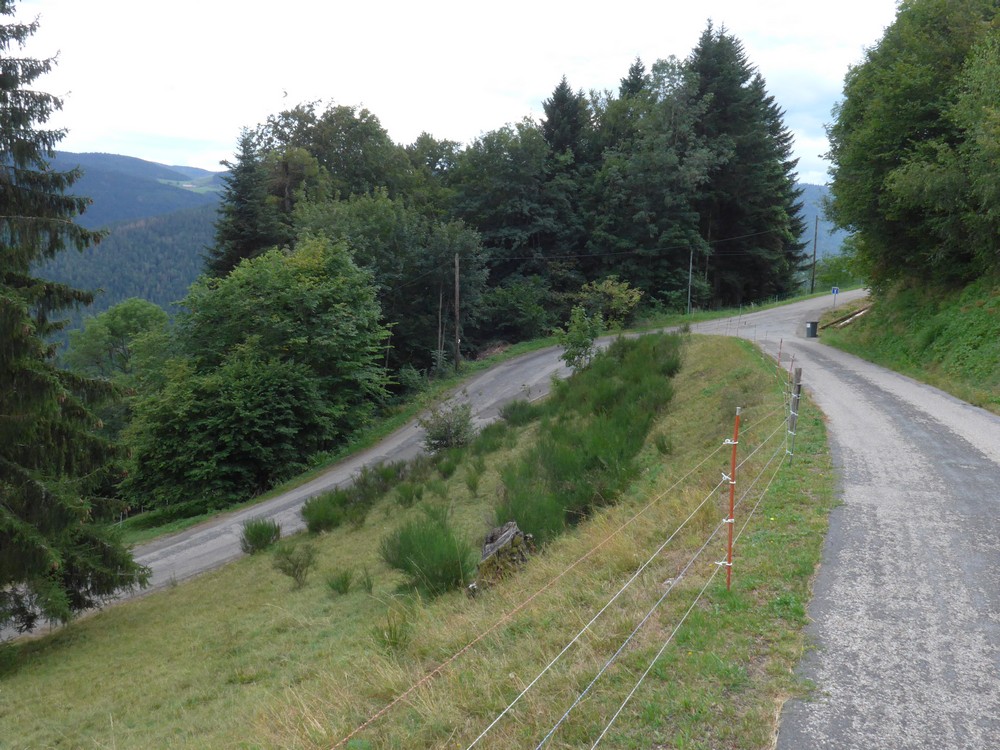 I climbed for a mile, sometimes out of the saddle, until I came to this sign.

I assumed the col was up there. It looked steep but I had come this far. But the road surface quickly turned into a gravel track 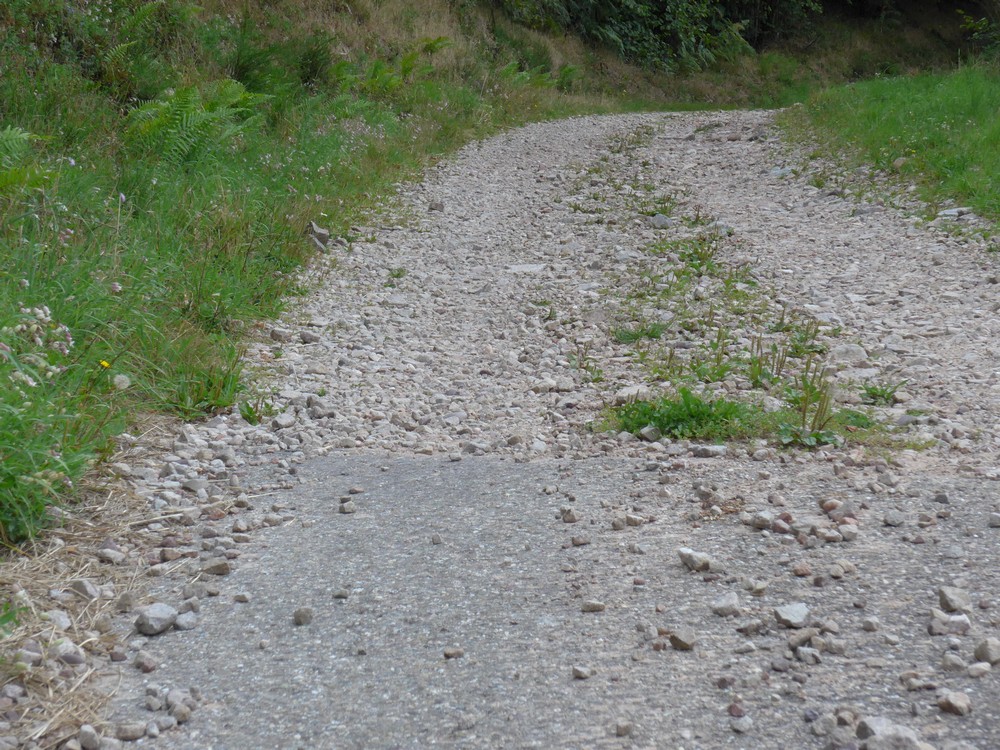 No, I’m not going to struggle up that, I thought, especially after my recent experience in the Ardennes. So I turned round and headed back down to join my original route. (Looking at the map later, I discovered that I hadn’t needed to go up that track – the col was just another half a mile up the road – DOH!)

Once back on the cheese route, the road climbed quite easily for 2½ miles to my quest, The Col de Lauvy (or Lauwy, depending on whether you believe the map or the sign). 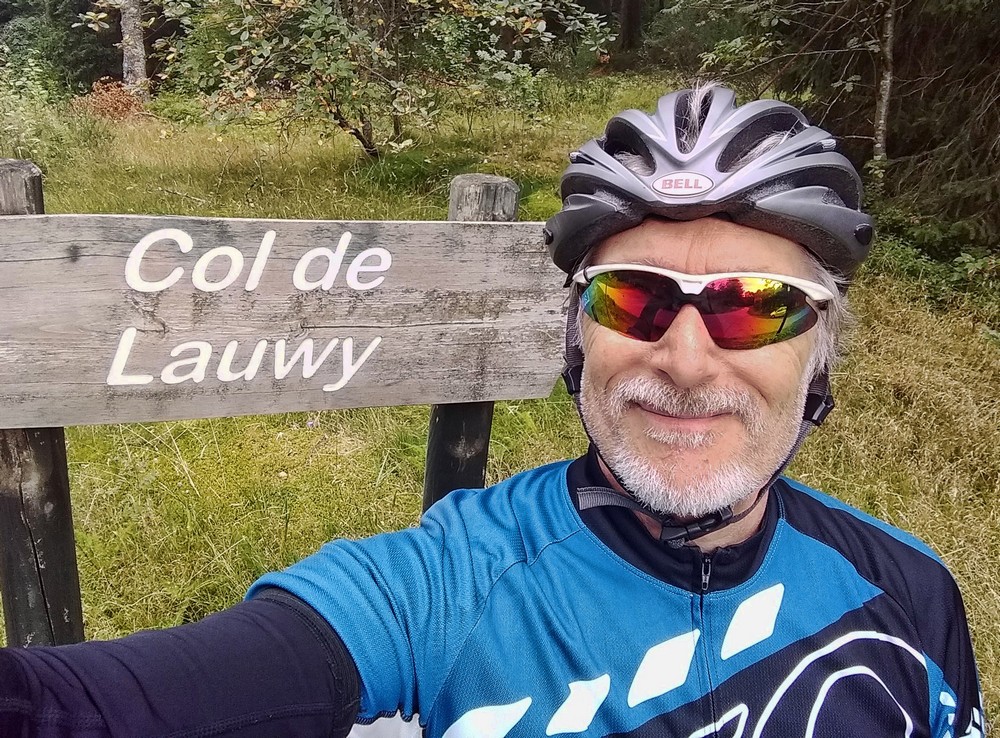 I knew the rest of the ride was downhill. And that’s where the fun really began. 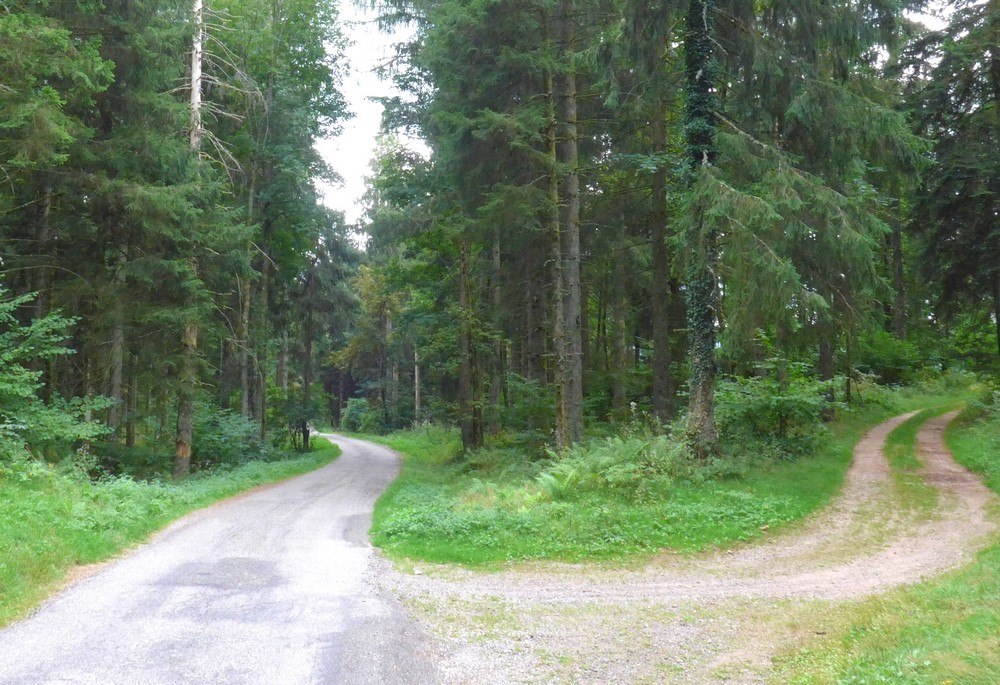 It started off steep… 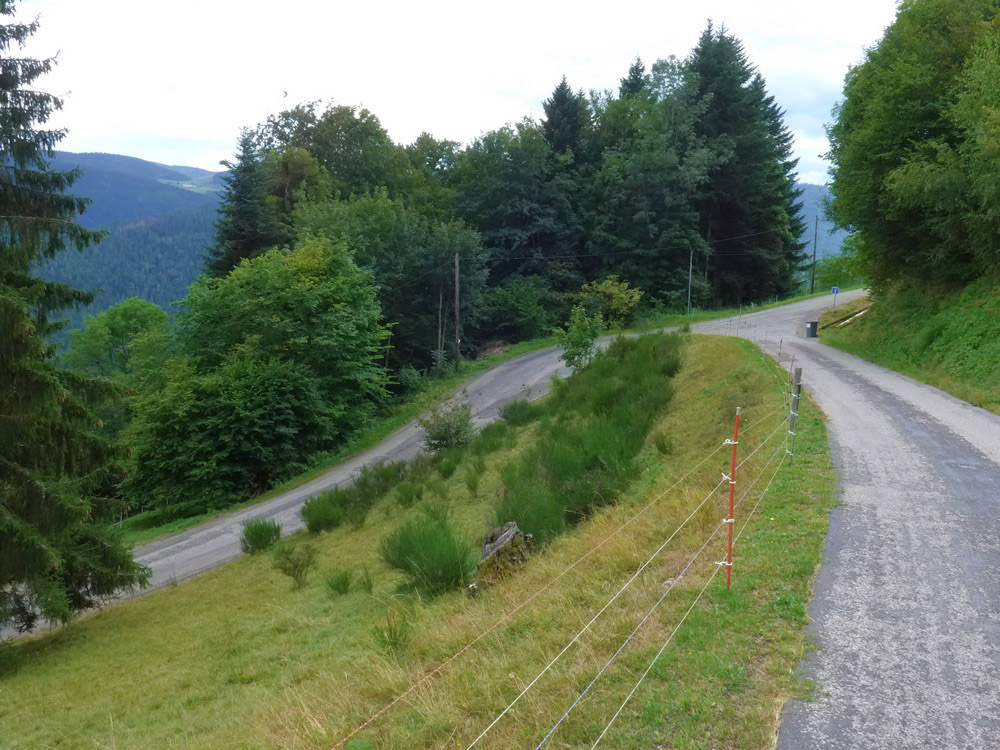 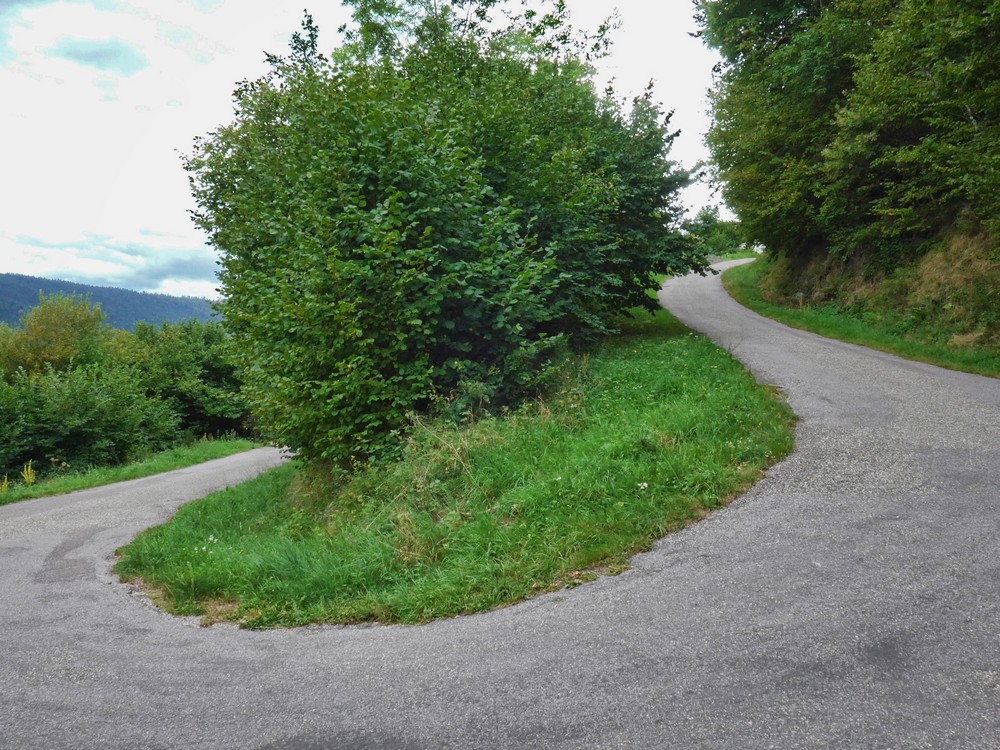 I kept stopping for photos and also to check the temperature of my wheels, I still had those worn brake blocks on the front so I wasn’t confident with them. The wheels were always warm, but not dangerously so. 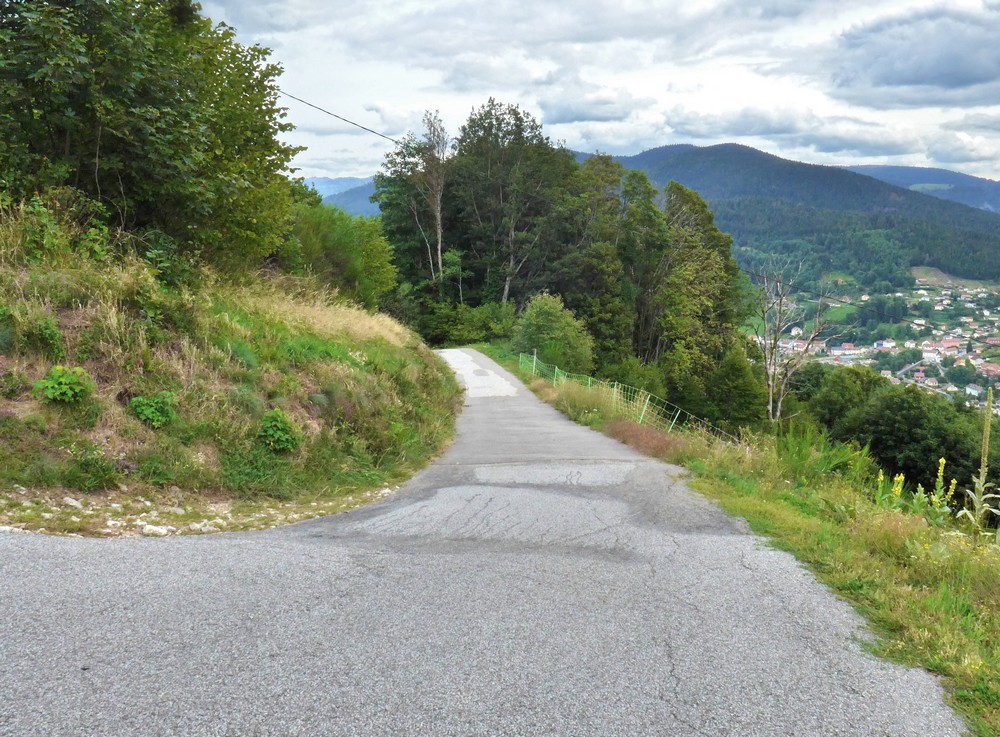 A small section of uphill then lead to the ridiculously steep last mile of descent. The photos can’t really give a true representation, but at one point I couldn’t even get back on my bike it was so steep. I had to pull over to a level section, get on my bike and then plunge down the ramp, both brakes hard on.

The right side of the photo above was 25% according to Strava and could have been more for all I know. Just round that bend, the inevitable happened; I felt metal-on-metal from my front brakes. Oh, no – the block must have worn right down! I tried to shift even more effort to my rear brake and ease off the front but it was impossible to let go of it completely because of the slope. Eventually I managed to stop, and proceeded to half-ride-half-walk my bike down the rest of the steep bit. When it levelled out I could ride normally again for the mile back to my van.

I was so glad that I had reversed this route. That last bit would have been a monstrously steep beginning to a ride! I must learn to pay more attention when planning routes! And obviously I must change my brake blocks!