From here in Ghent, the first port of call on my latest European tour, I realised that I’m within riding distance of The Netherlands border. So I planned a route to Sas van Gent. Having not ridden my bike for five months (again!), this would be a nice flat ride to get my legs working.

The route-planning was trickier than usual as I wanted to use bike lanes/paths wherever possible, yet it’s not always obvious where they are on the map. As usual I used my favourite mapping website, RideWithGPS, to design the route. Using a combination of satelllite view, streetview (where available), and various different maps (Google, OSM Cycle, etc)  I was able to get an overall picture of where the bike paths are. Suffice to say that it’s a lot easier planning a ride up a mountain when there’s only one road available!

The weather was sunny, about 16°C, slightly too cold for bare arms. I wore shorts, base layer, short-sleeved jersey with arm warmers and wore my new ‘overglasses’.

I set off just after 1 pm. One mile into the ride I realised I had forgotten my bidon so returned for that and started again. DOH!

I weaved my way through the outskirts of Ghent, the bike path tracing the edge of a nature reserve and then through parkland behind houses. 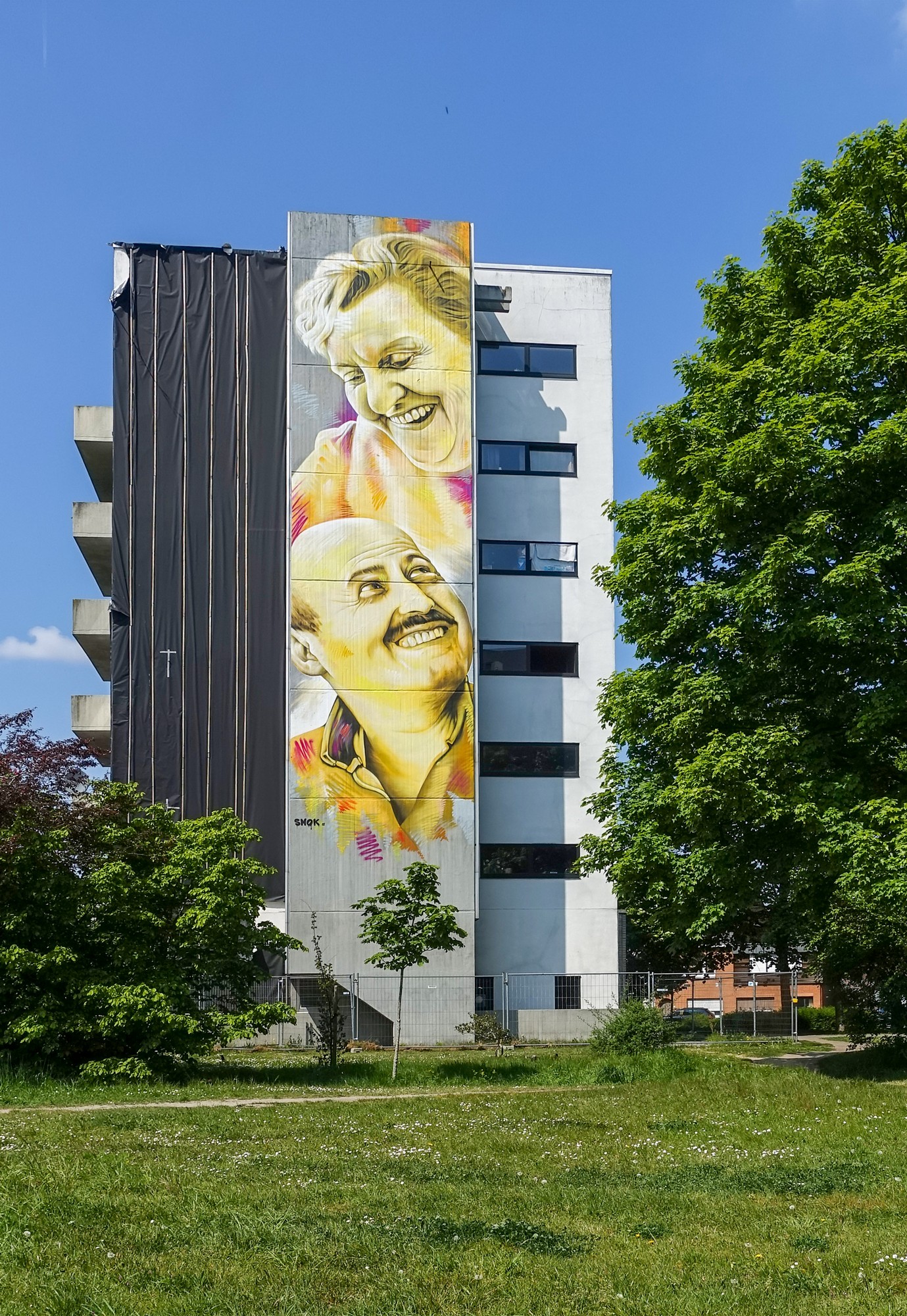 Then through a residential area. Again, bike lanes or areas are marked on the road. There is hardlly a road in Ghent that’s not bike-friendly. At five miles I found myself riding along a fairly busy 3-lane dual carriageway. But the right-hand lane was prohibited to traffic and the bike lane was marked on the right of that lane, so I was quite a way away from the passing lorries. It wasn’t that pleasant but better than many main roads I’ve been on.

Two and a half miles of noise later, I crossed over to the other side of the dual carriageway and joined a dedicated cycle path that ran alongside it. (In fact, as I discovered on the return journey, I could have crossed over to this path 2 miles earlier). 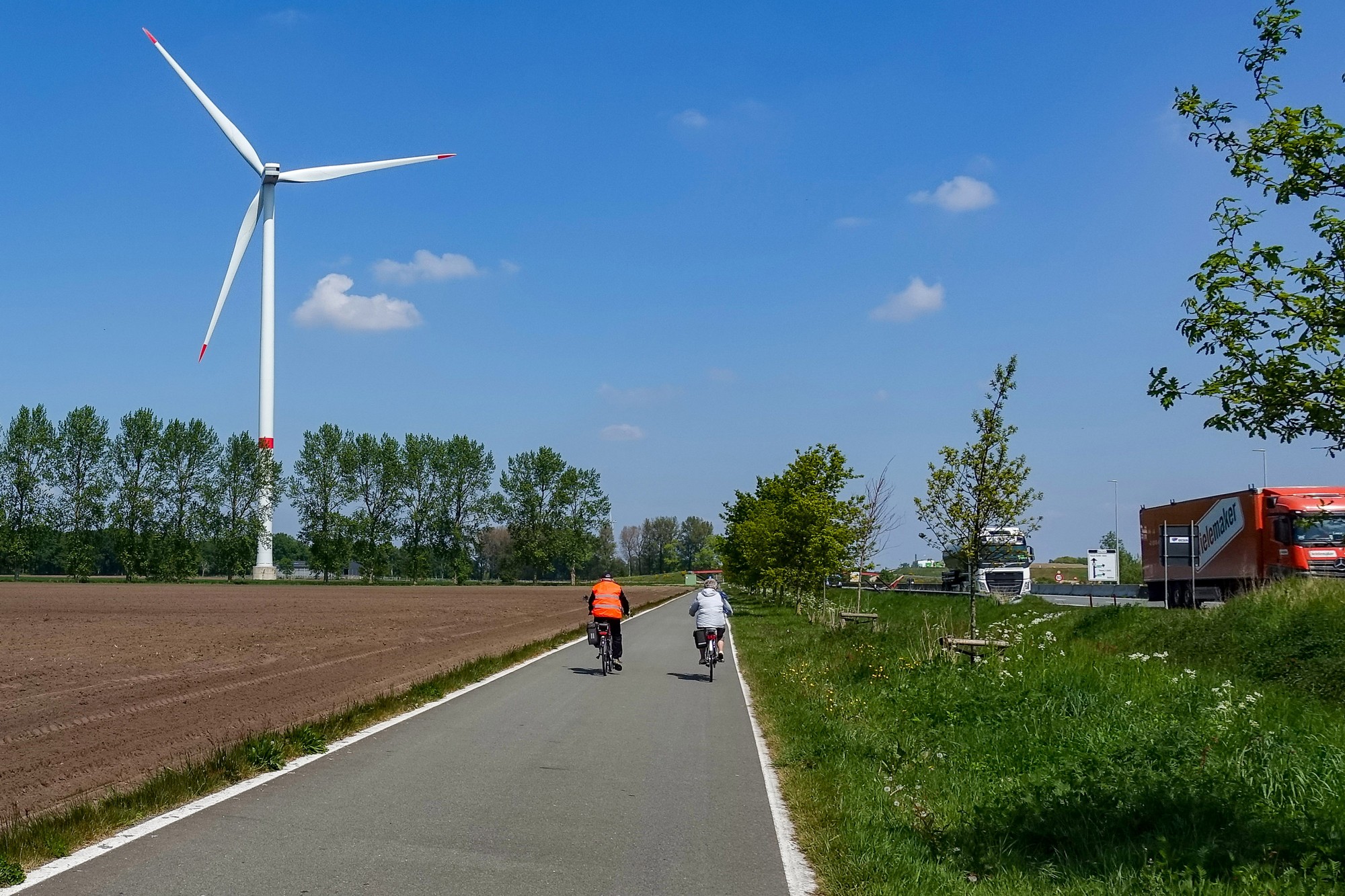 After a while, a high grass verge separated the road from the bike path. The traffic was now out of sight (and hearing, to a large extent), making for a more pleasant experience. All the while there were fields to the left. 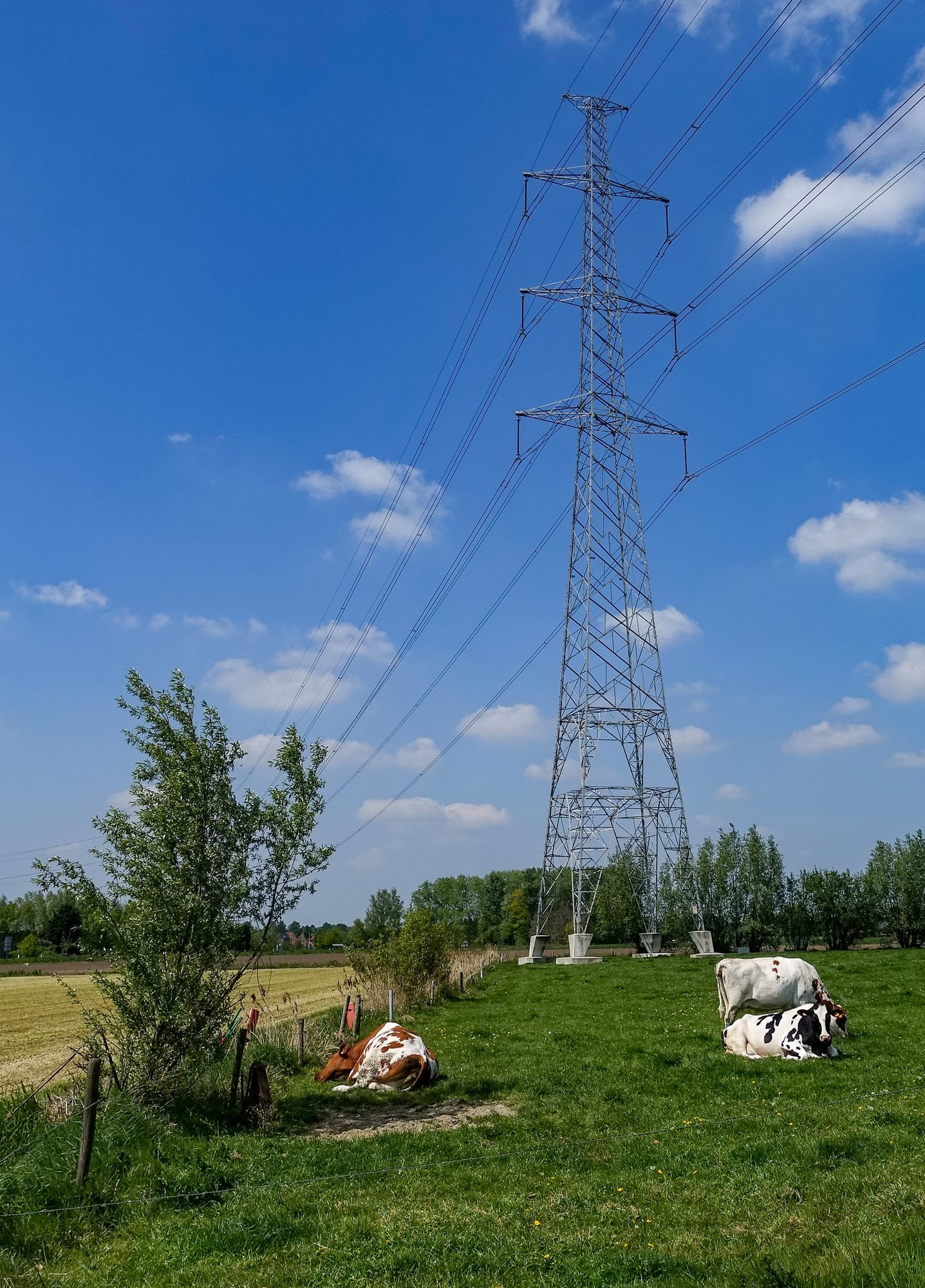 Seven miles of straight, dead-flat cycling later, the route skirted the edges of Zelzate as it approached the Ghent–Terneuzen Canal at the Nederland border.

A mile further along the canal, I rode into the town square of Sas van Gent, where everything was quiet and peaceful.

I spotted a sort of grassy knoll behind the church so I rode up there and sat in the sunshine by a disused windmill, where I ate my blueberry jam sandwich. The church bell chimed 3 o’clock as I sat down. 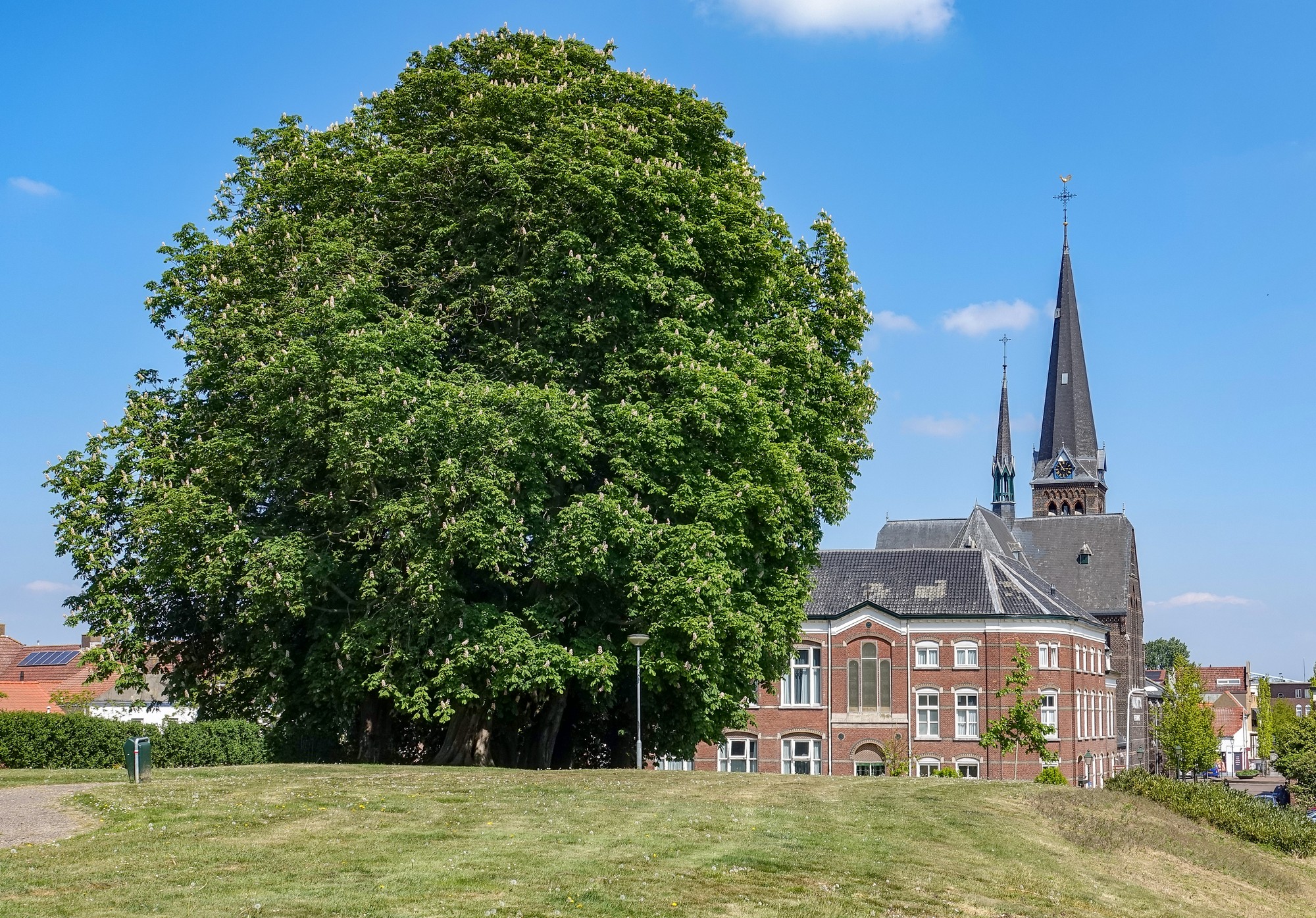 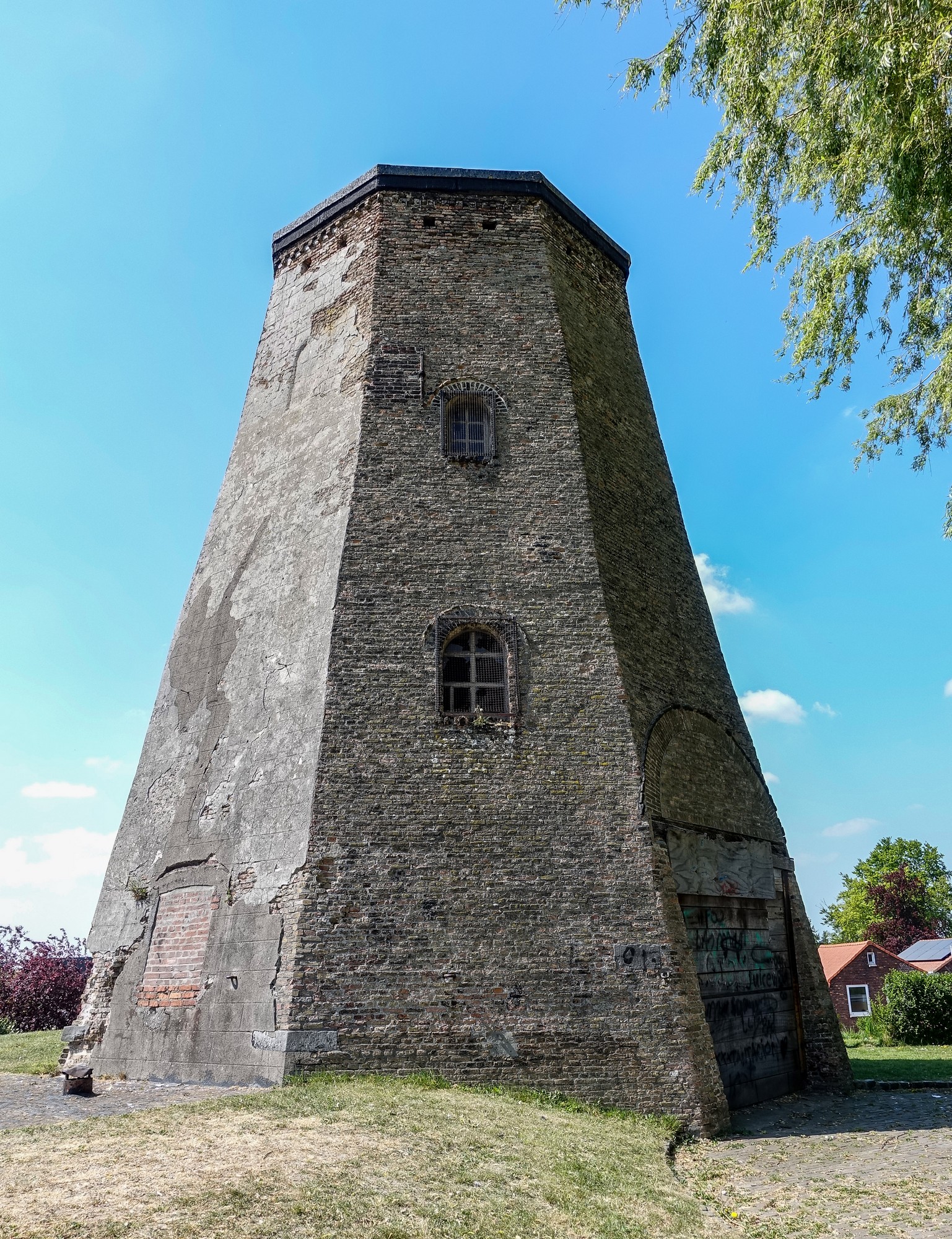 Before heading back I explored around the waterways. It’s quite industrialised around here. At one point there was a spicy smell in the air that took me back to my childhood, growing up near the warehouses and docks by the River Thames.

A steady stream of laden barges showed the canal being put to good use. Unfortunately I just missed the bridge being raised. 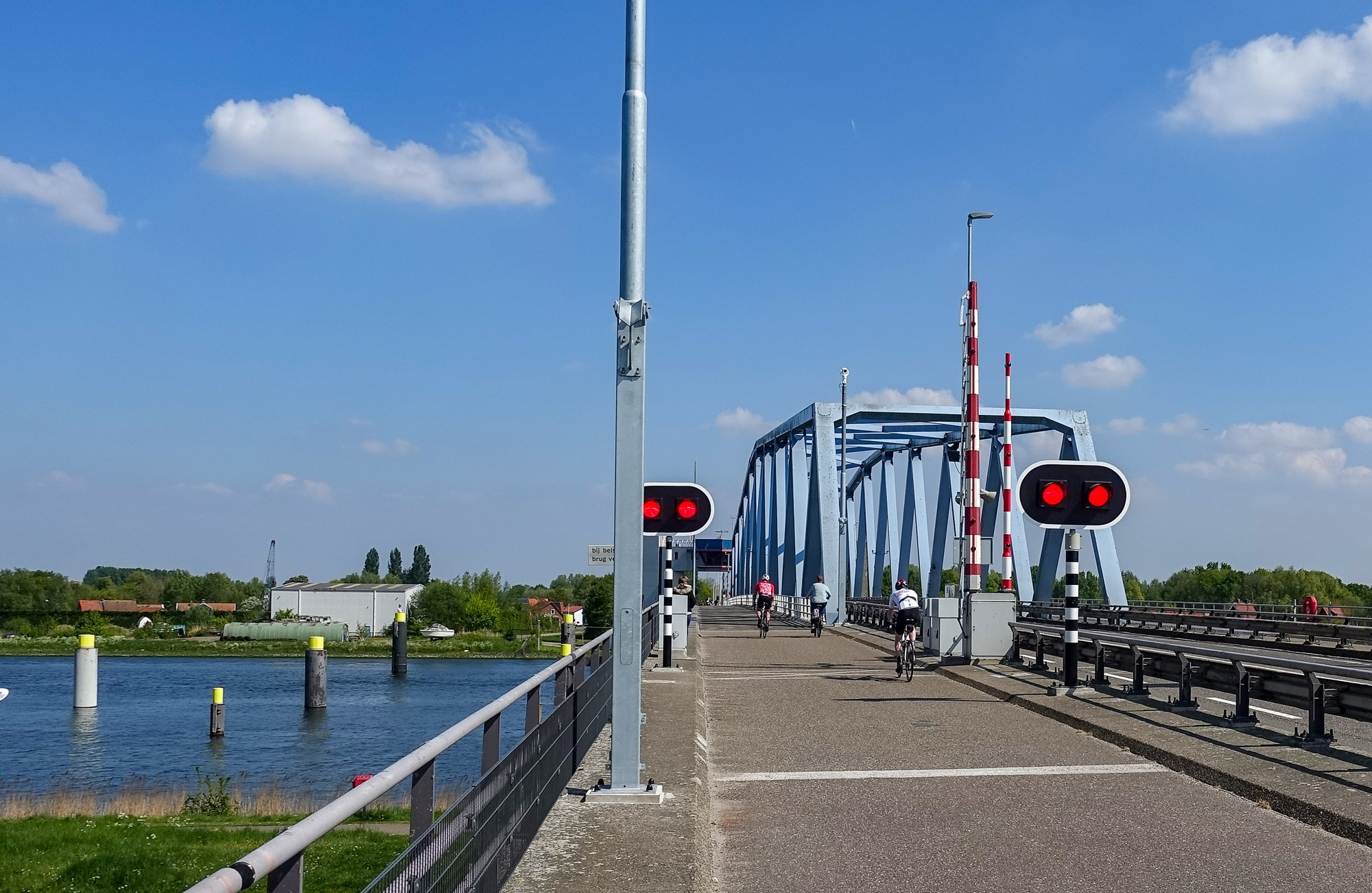 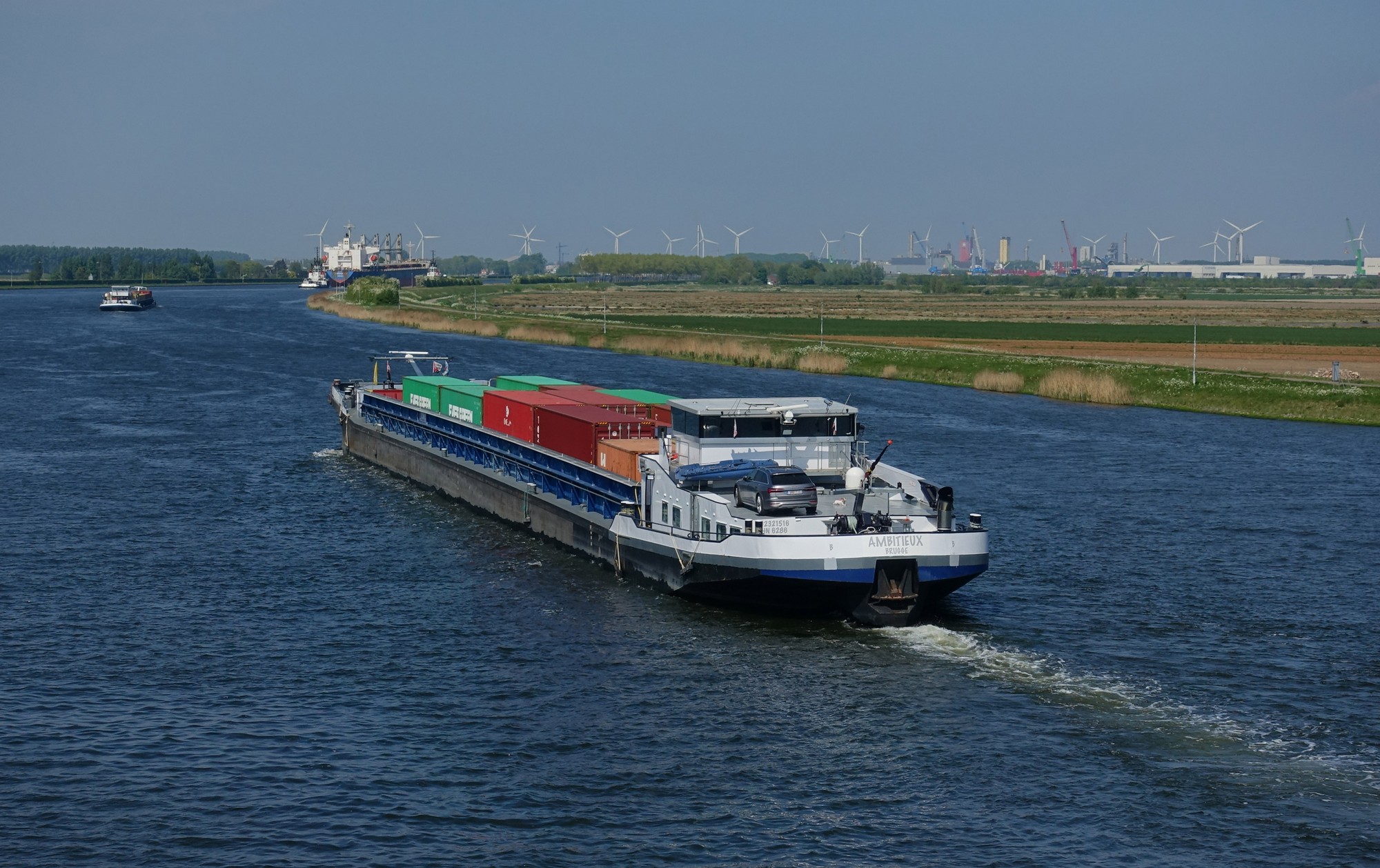 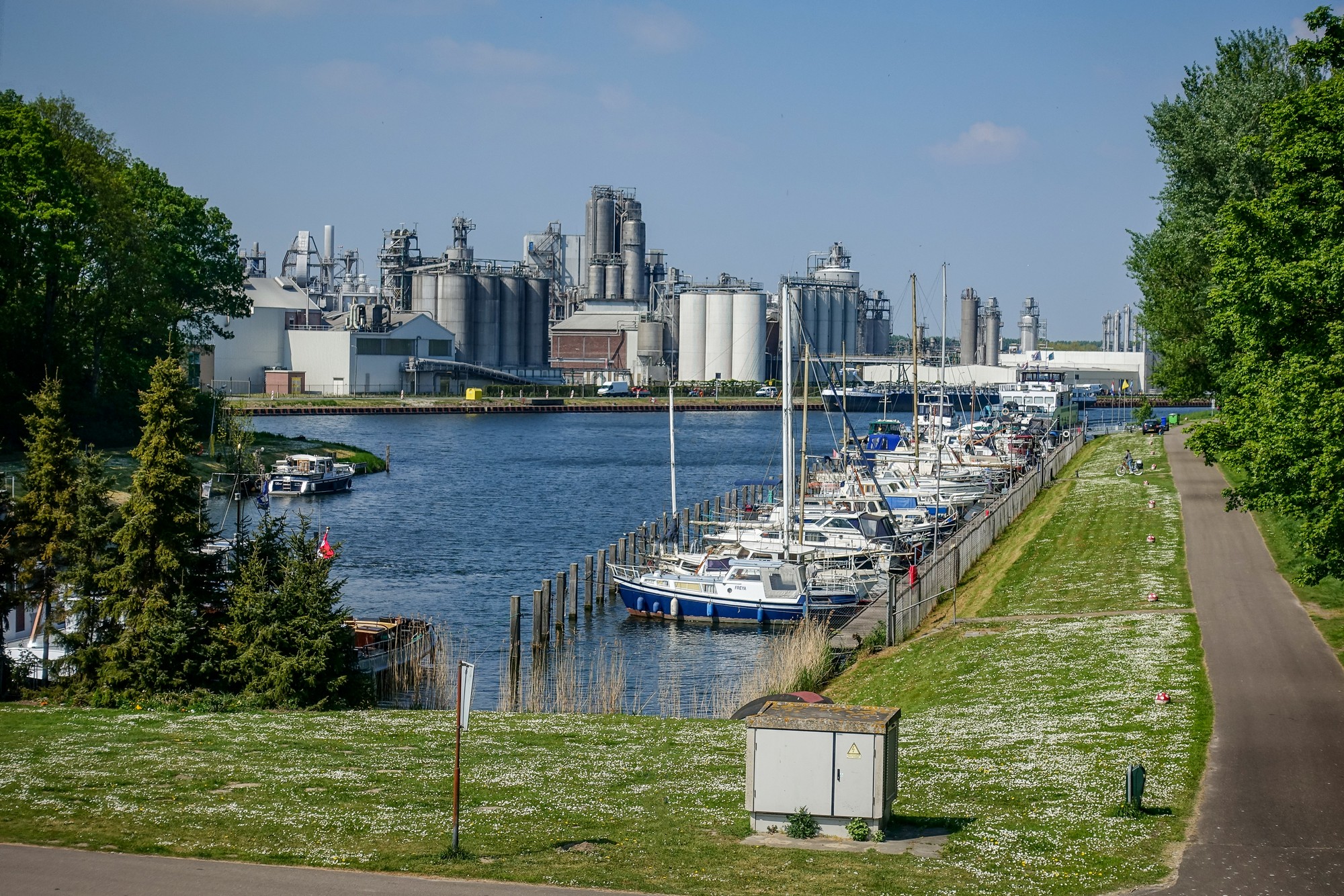 The landscape is completely flat in all directions, with only wind turbines breaking the line of the horizon.  On the way out of town there was a more attractive waterside area. 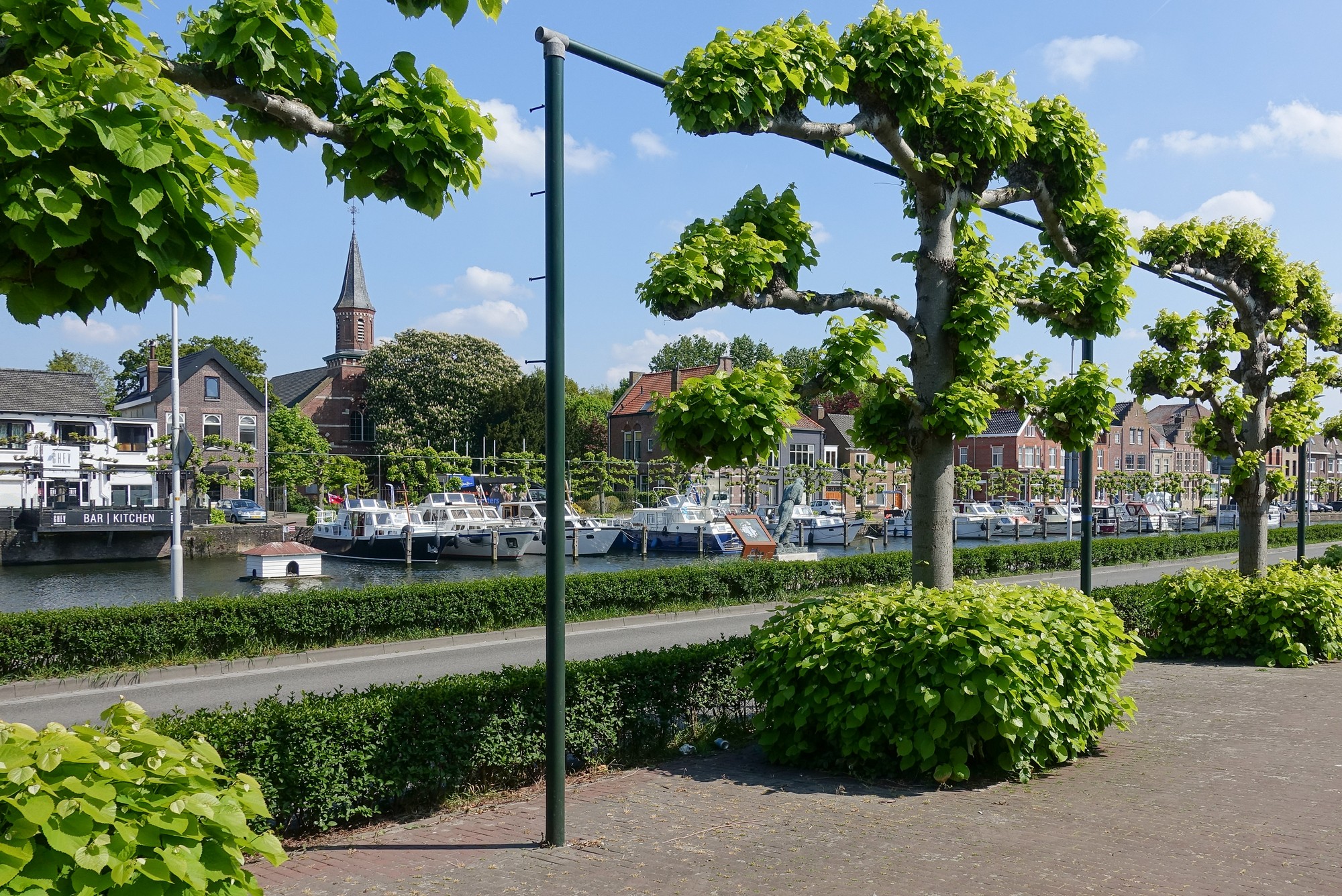 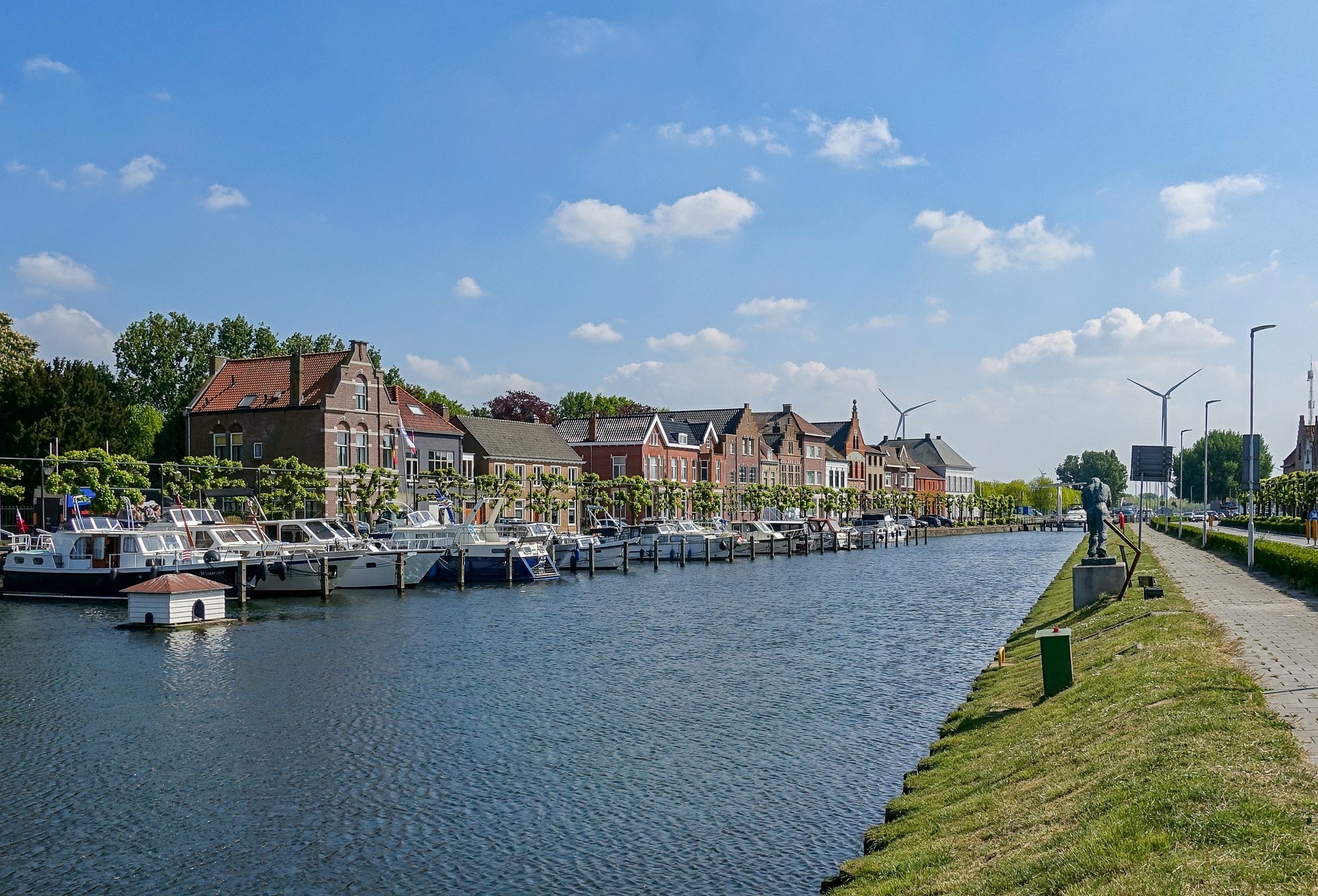 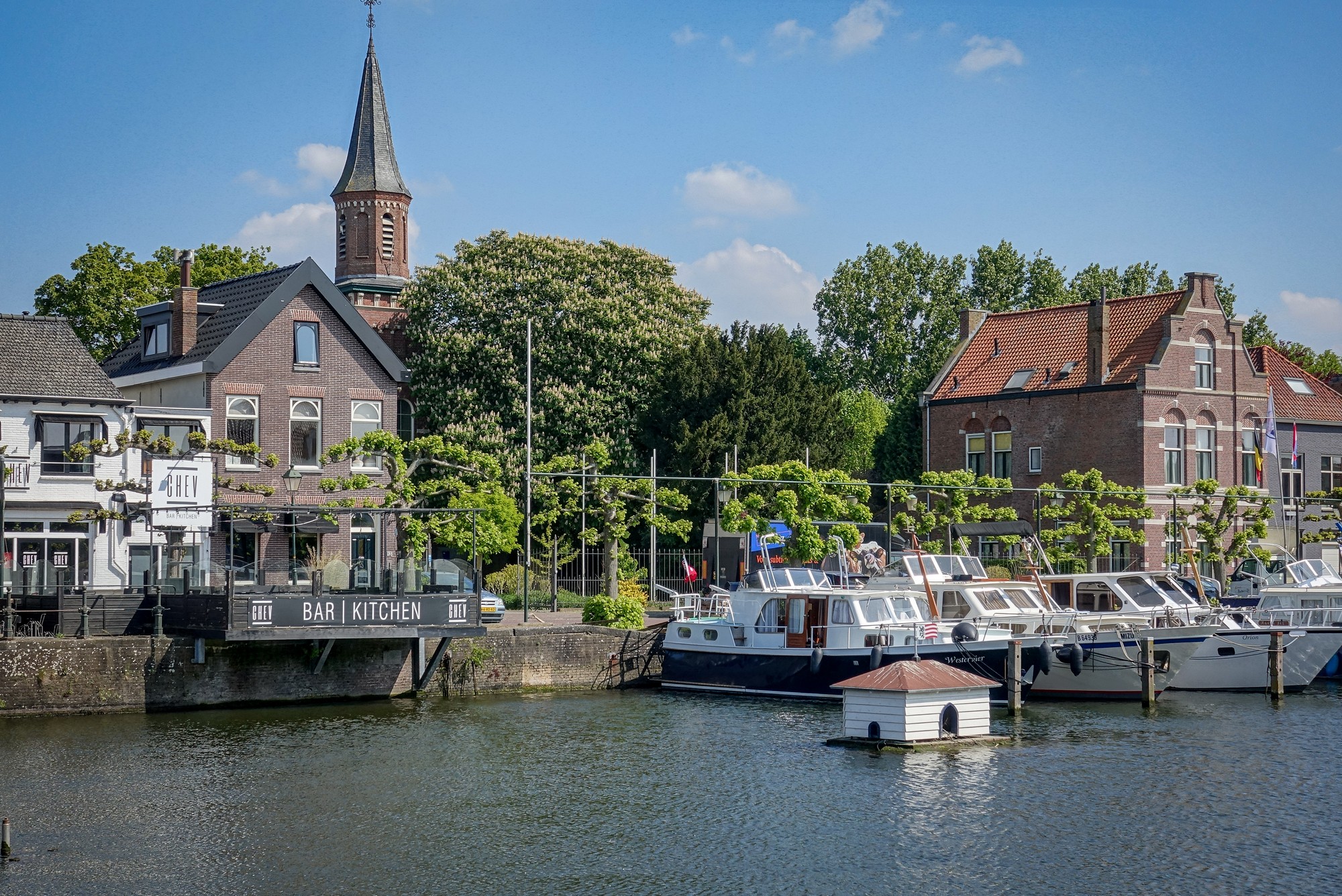 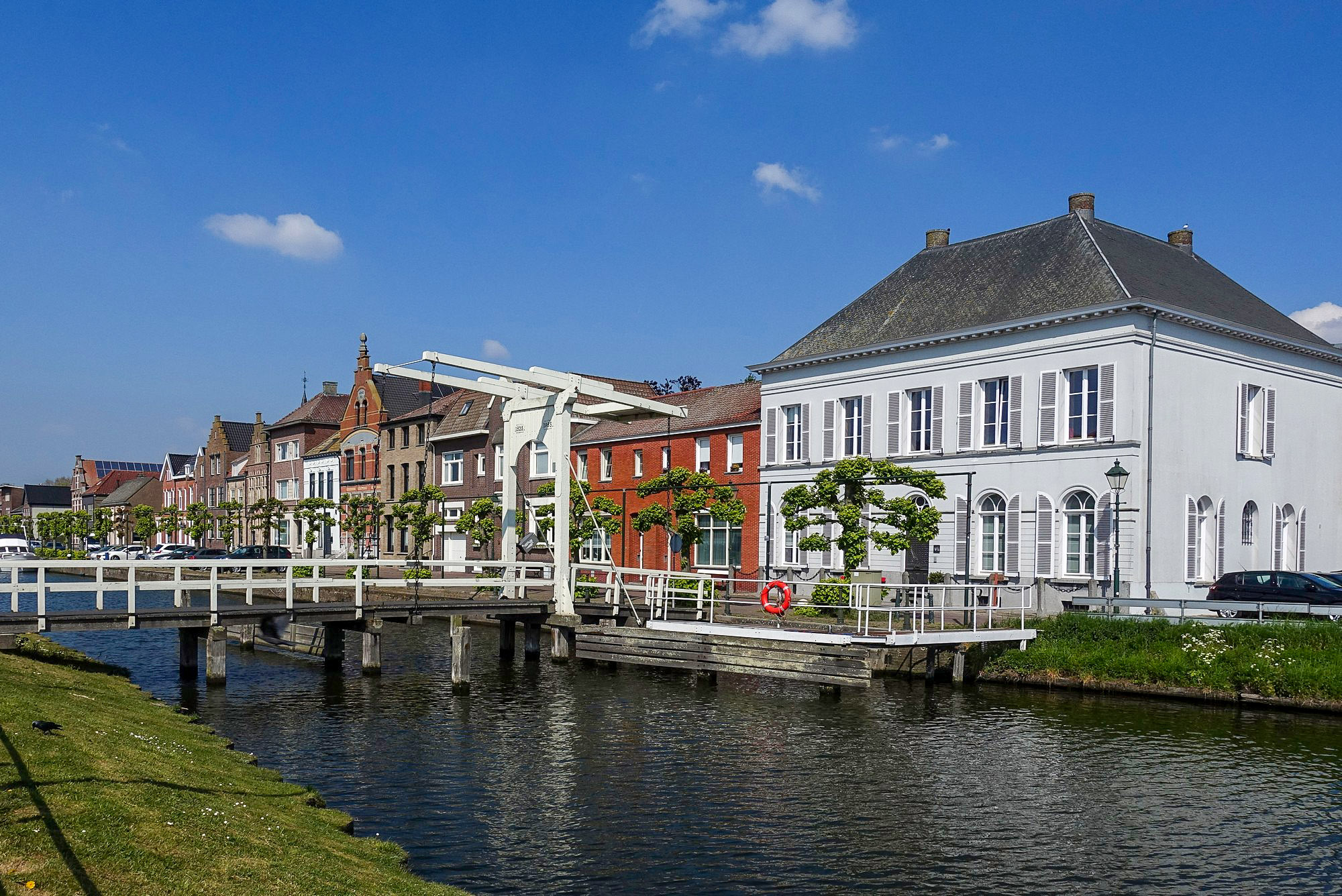 Just before leaving the town, I spotted a motorhome aire, or ‘camperplaats’ as they’re known here. I asked a couple staying there how much it costs. They didn’t speak English and only a smattering of French, yet we managed to communicate and I learned that it was €13.50 per night plus €1.50 for electric hookup. One to bear in mind for the future.

I rode back to Ghent in one go, the NNW breeze that had been in my face on the way out, now helping me as a tailwind. And with the flat terrain, it was effortless.

This must surely have been the flattest 30 miles I’ve ever ridden. I suppose it was not that interesting a ride, scenery-wise, but it’s great to pedal along in the sunshine and revel at the excellent cycling infrastructure here. While riding next to a motorway is not that pleasant at least it allows you to get places quickly.

Polarised lenses
I wore my overglasses again and noticed another side effect: If I turn my camera sideways for a portrait-orientated shot, the screen goes so dark I can’t see the subject. After this had happened a couple of times I realised that it’s the polarised lens in the sunglasses filtering out some of the light. One way to overcome this is to turn my head sideways to match! Or just take them off..
Di2 shifters
During this ride the left shifter on my di2 was intermittent when changing to the small ring. I already know that only 1 of the 2 micro-switches is functional but I’ve been working round it all these years I’ve had the bike. But I’m now worried that it will stop working one day and I won’t be able to switch to a lower gear, which could ruin a ride that involved climbing. I should take a look at this.