This ride was again narrated at various points as I did it. A ride to get a simple climb in with no shinanigans! Weather at start was cool, with low cloud over the hills, sun trying to break through. Fresh northerly breeze.

I’ve stopped at the 13 mile mark again. but this time I’m in a different place because I turned right and I’m now in a suburb of Sassenage I think. 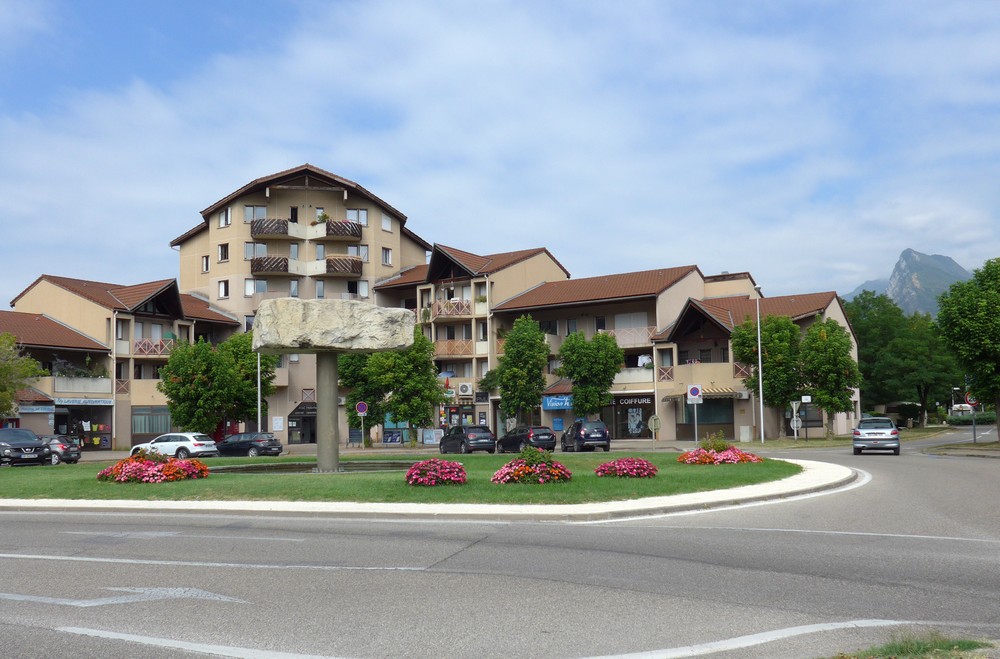 The wonderful 12-mile descent through the Gorges du Furon was marred by the fact there was a very strong northerly wind in my face, which made the whole descent extremely noisy in my ears, which, apart from being bloody annoying, made it difficult to hear traffic approaching from behind. Also very cold. At the exposed first part, the wind was making it difficult to keep in a straight line, so I was eager to get to the gorge bit where I hoped it would just be a head wind without sideways gusts. And it was. I came out with arm warmers and a base layer today. It was quite sunny at the top. Midway down the descent I could see what look like possibly rain over Grenoble. but as I got further down I realised it was just a cloudy day with lots of blue sky struggling to get through. It’s warmer down here. I’ve got pins and needles in my hands – must have been where I was gripping the bars for the last 12 miles. I’m hoping that the northerly wind will be behind me when I do the climb, which is quite a long one. It’s a shame that the only time I could have done that descent without stopping was the day when it was cold and windy, but there you go.

Just up to the 15 mile mark. The last 2 miles have been through suburbs of Grenoble. It feels weird being in a city again. I’m now very warm in my arm warmers and base layer but the climb starts in just about 2 miles so I won’t take them off just yet. Even walnut whip mountain was up in the clouds. 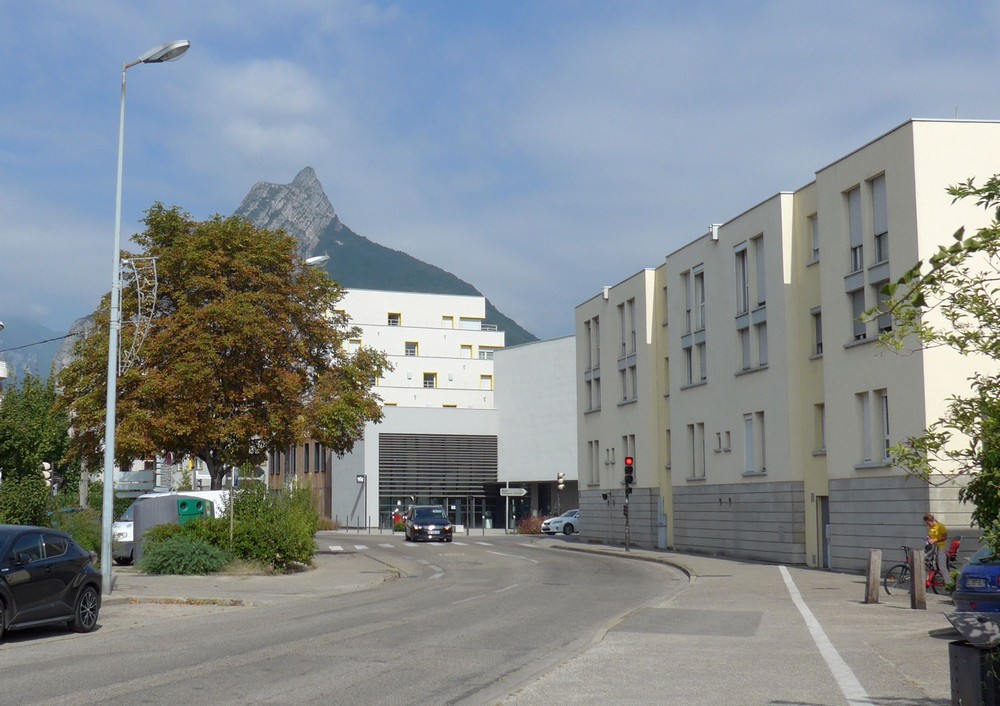 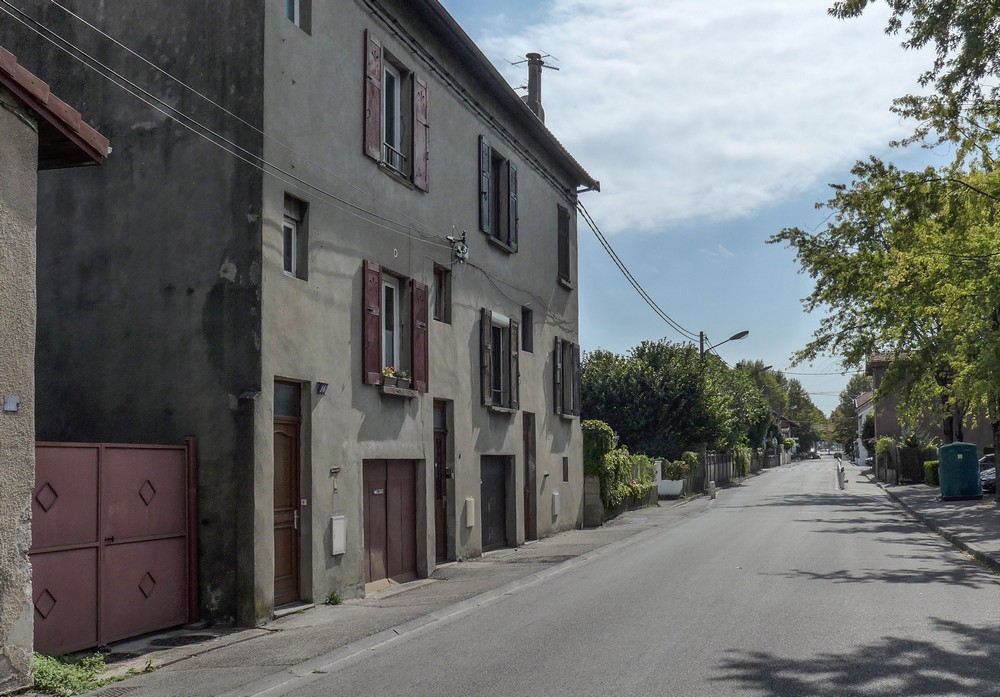 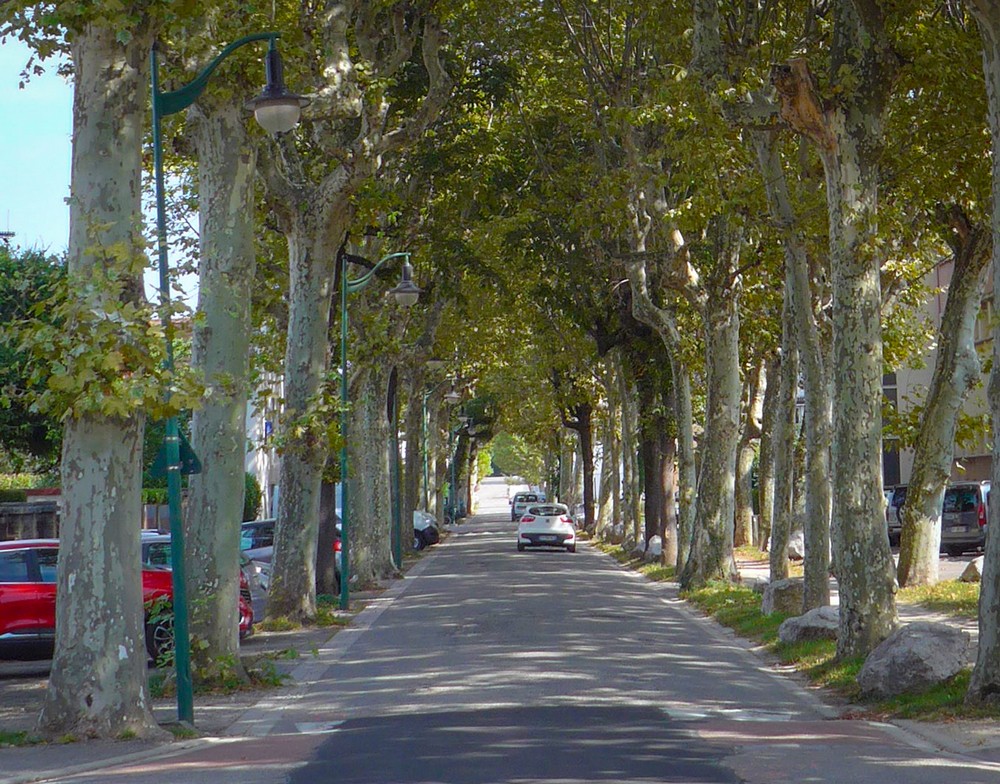 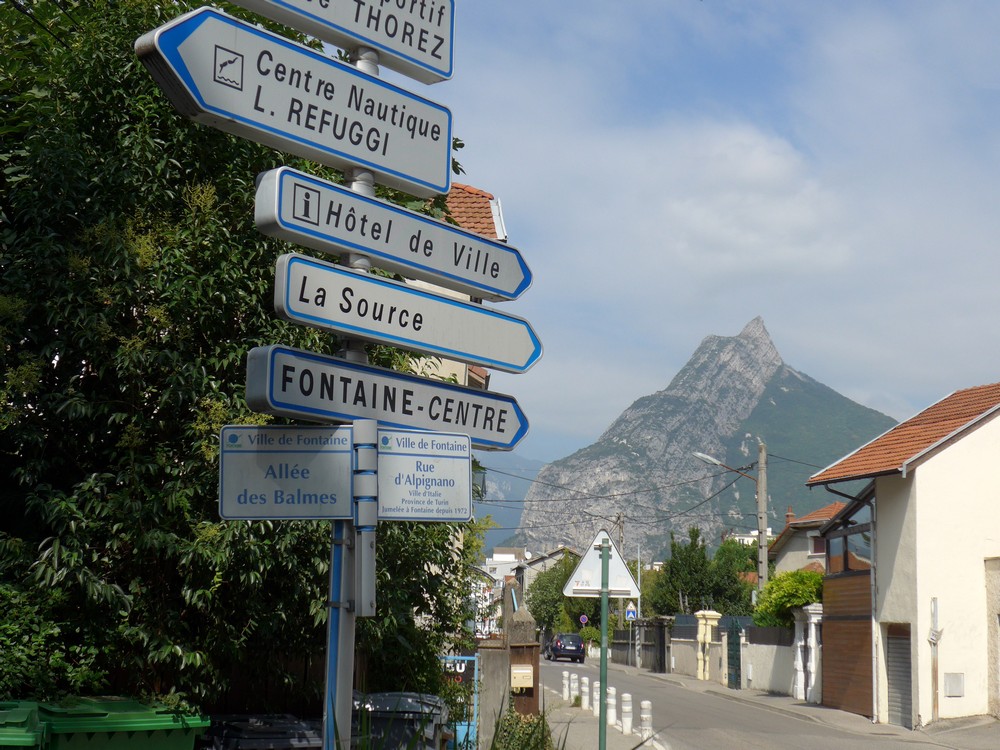 OK, I’m just at the 16½ mile mark – looks like this is where the climb starts – just seen a cyclist go up there so I’m going to have an energy gel and see how I get on with my arm warmers as I might need to take them off because the sun is blazing down once again. 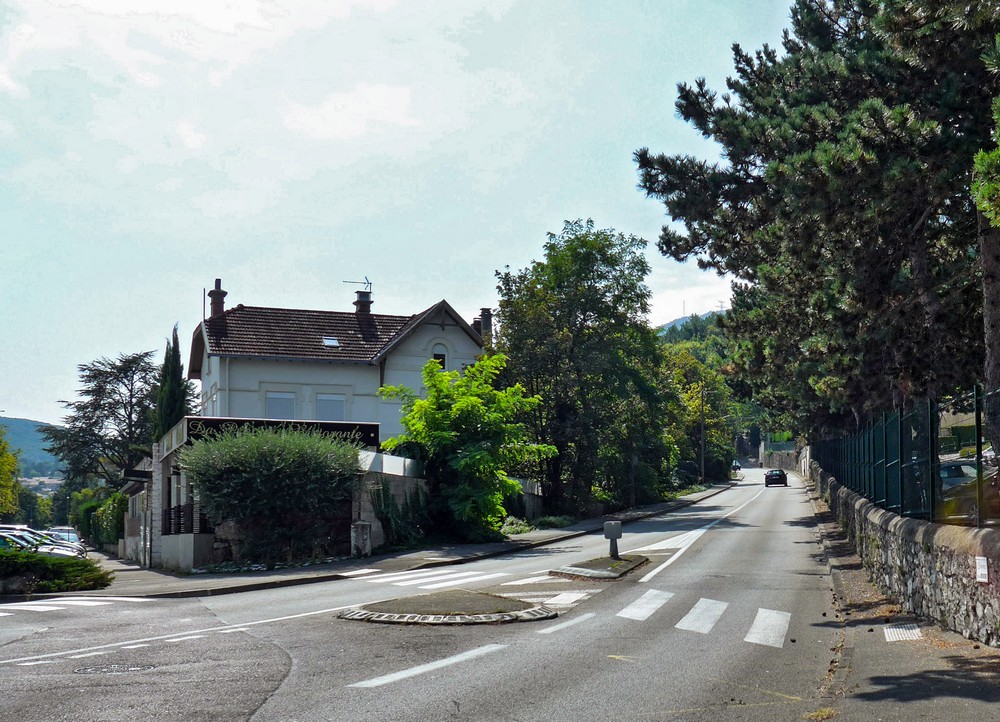 I’ve reached Saint Nizier and that’s the top of the climb as far as I know. Inevitably it’s much cooler up here than down there so I’m going to put my arm warmers back up my sleeves and zip-up ready for the descent. The clouds have all cleared away up here and the ascent was very straightforward, in fact I was quite often in second and third gears. Very agreeable climb with beautiful views over Grenoble. I kept stopping to get pictures of the three maidens or whatever they’re called in case there wasn’t another view of them but I kept seeing better views of them so I kept stopping. 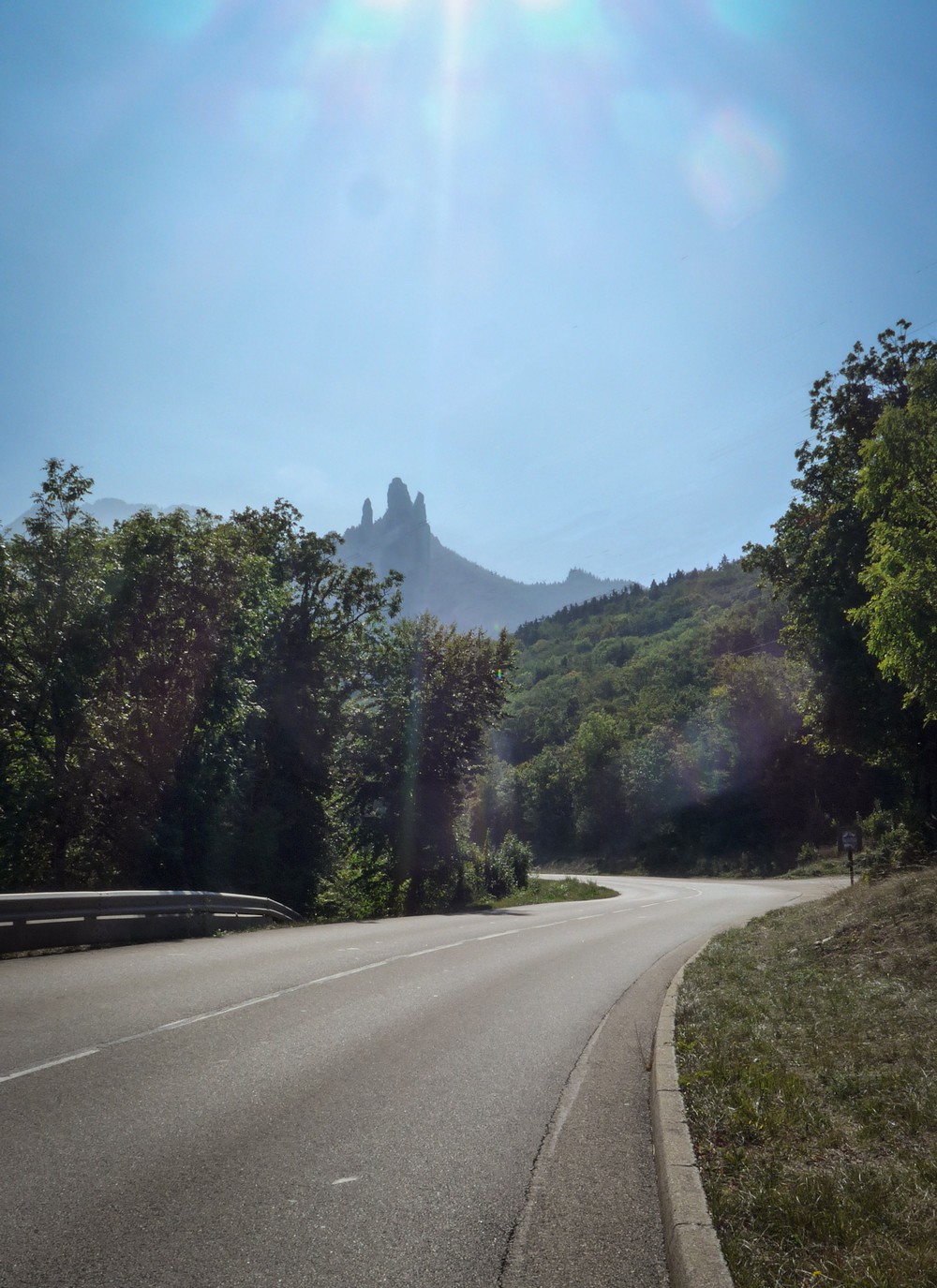 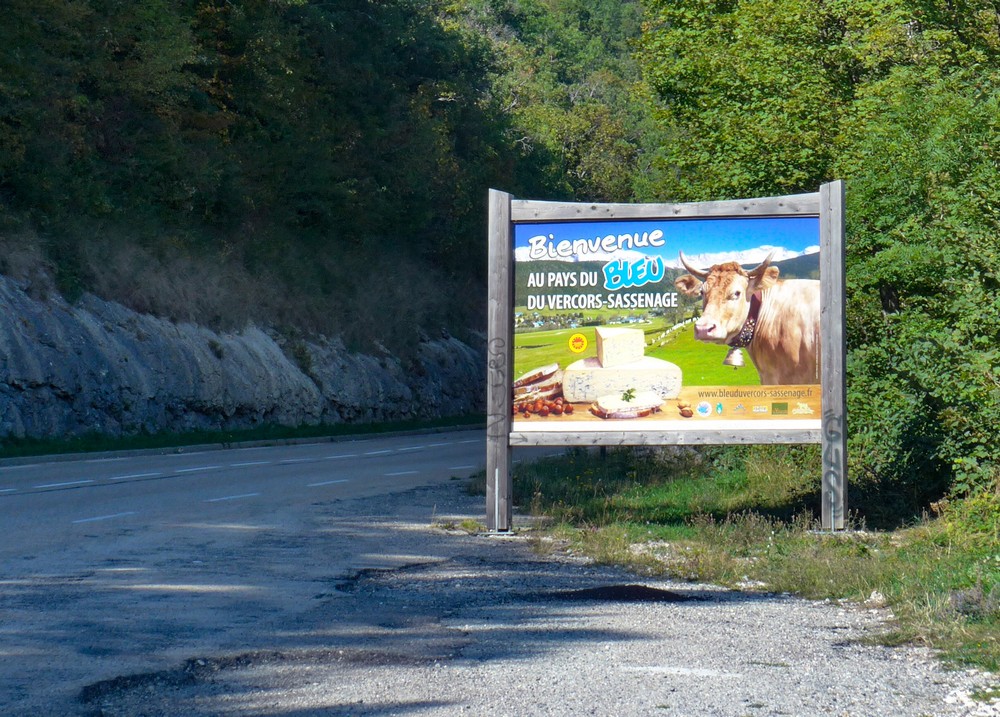 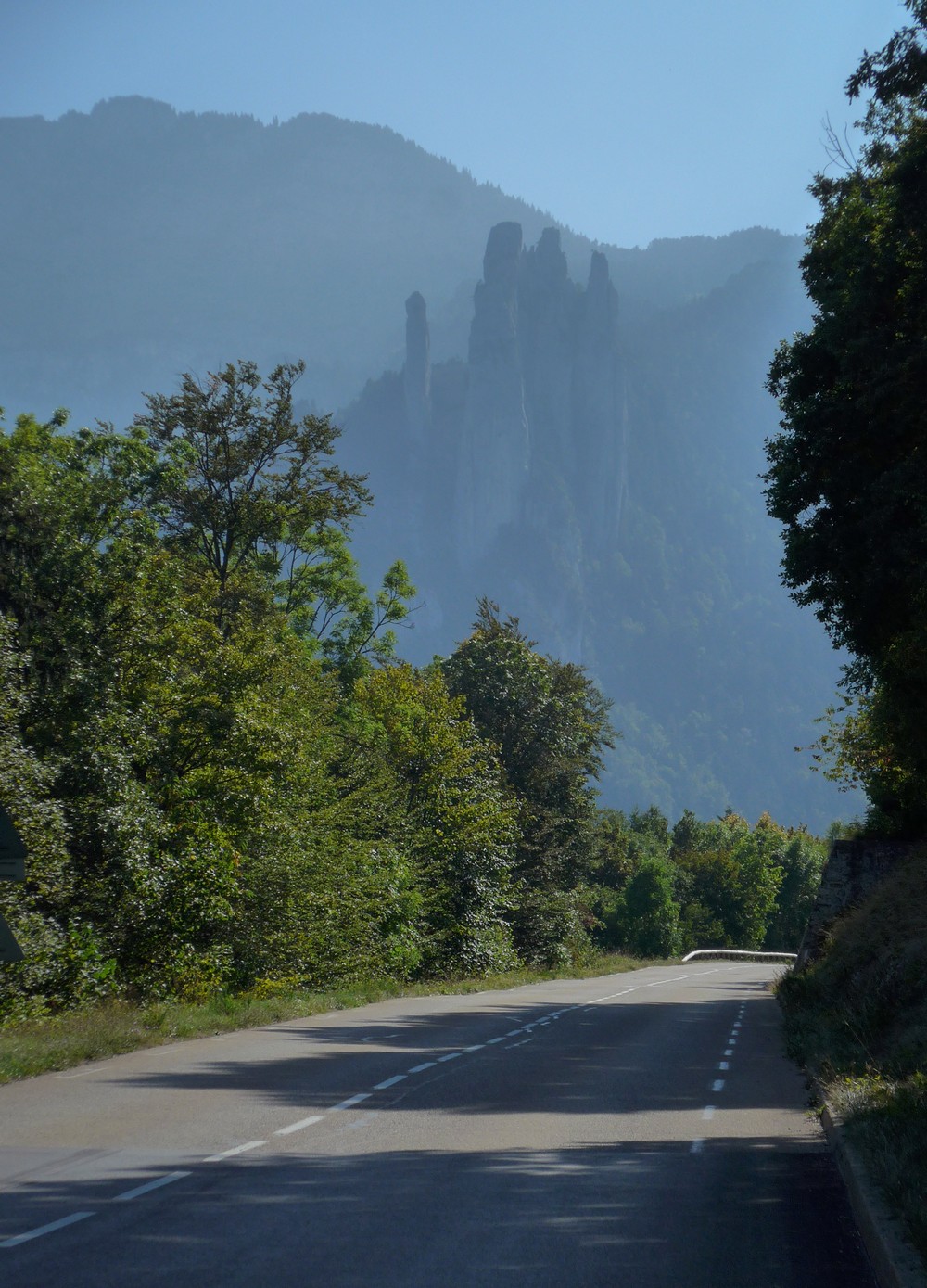 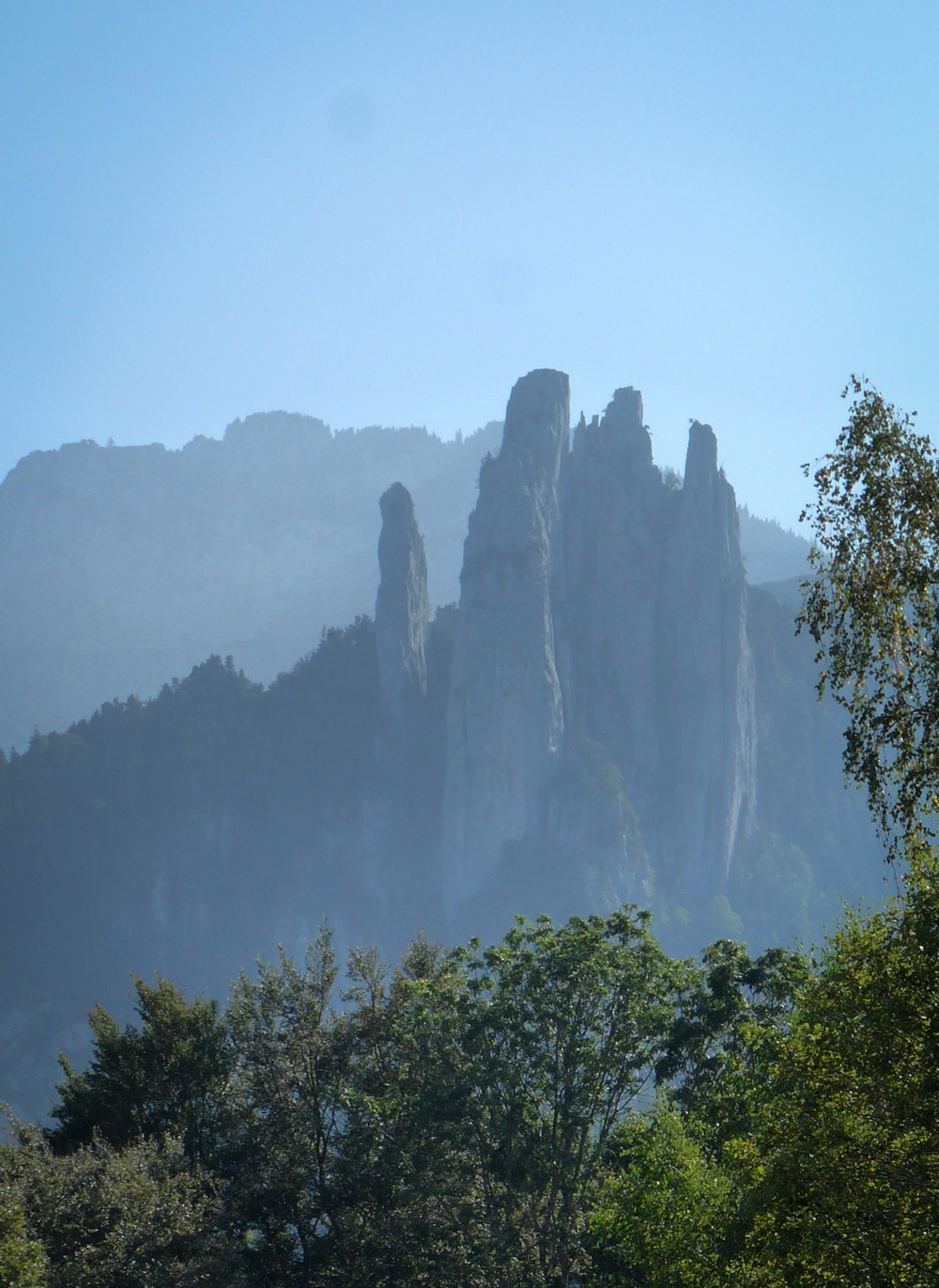 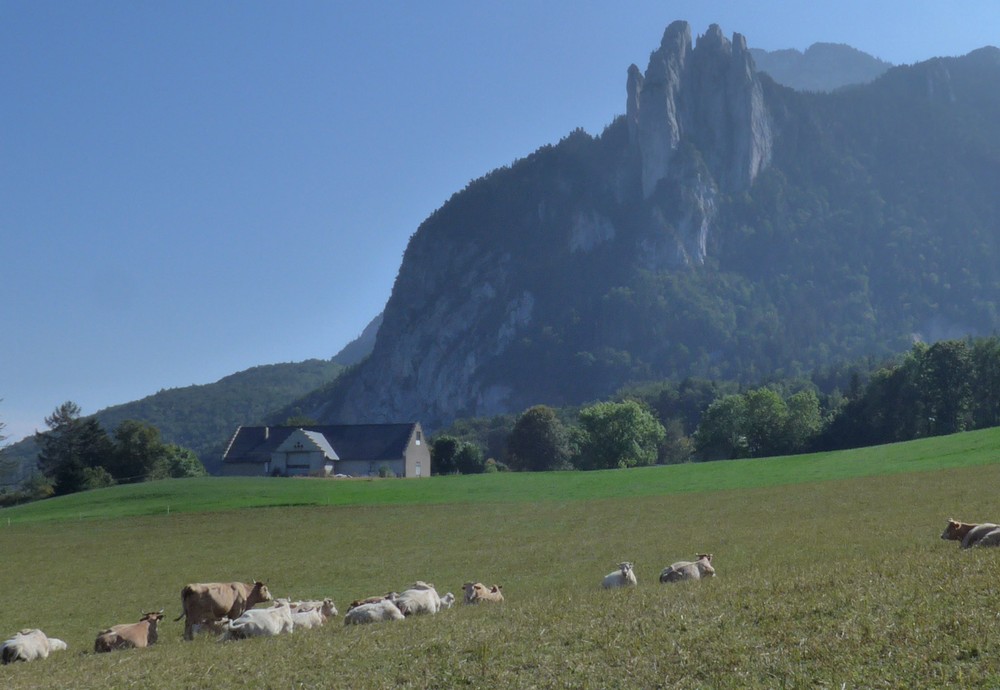 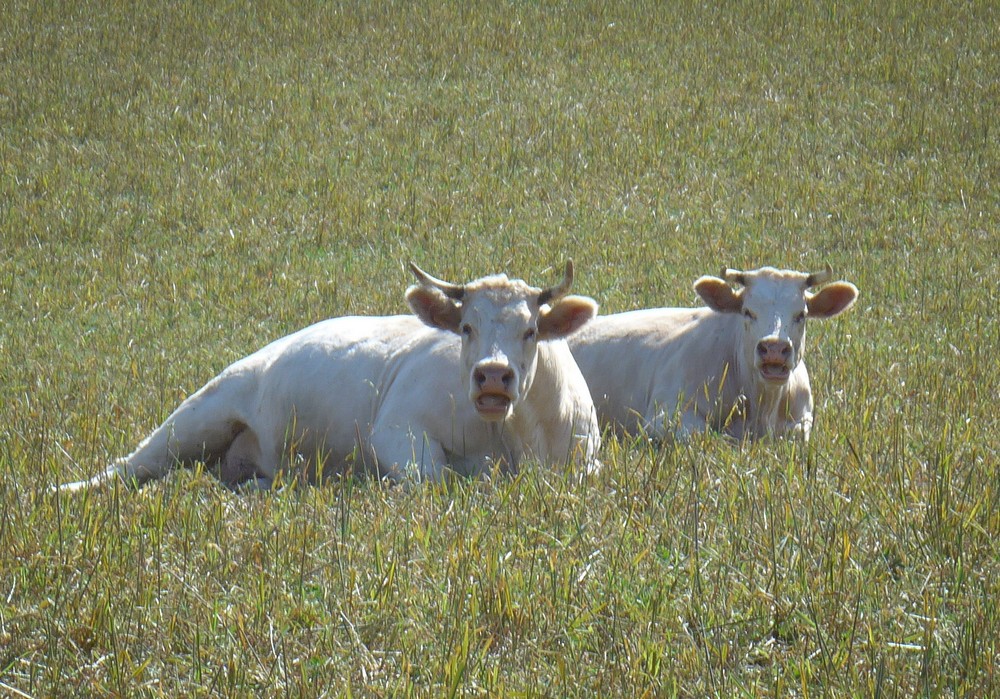 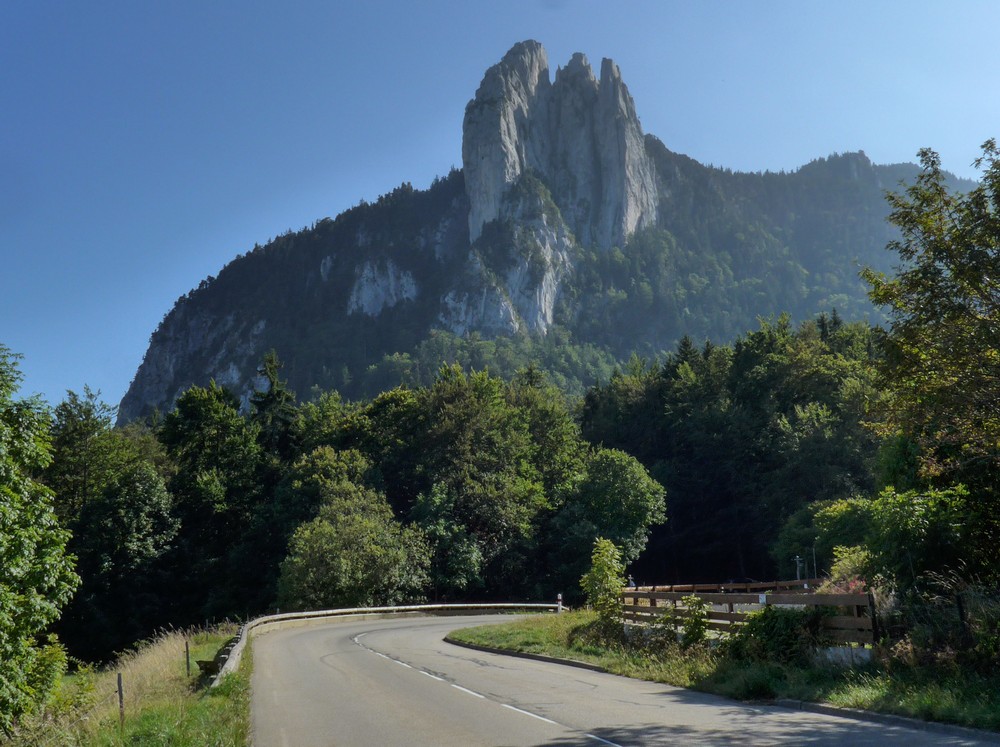 Les Trois Pucelles (The Three Maidens) are three rocky needles that dominate Grenoble at the entrance to the Vercors. According to legend, these are the three daughters of the Lord of Naves who were turned into stone by Charlemagne.

I didn’t need to stop on that climb at all. It doesn’t feel like it but it took nearly 2 hours of solid slog to climb over 3000 feet. When I looked out over the spectacular view, at the mountains on the other side of Grenoble, I was surprised to find that I was now level with the tops of some of the mountains that tower over the city. 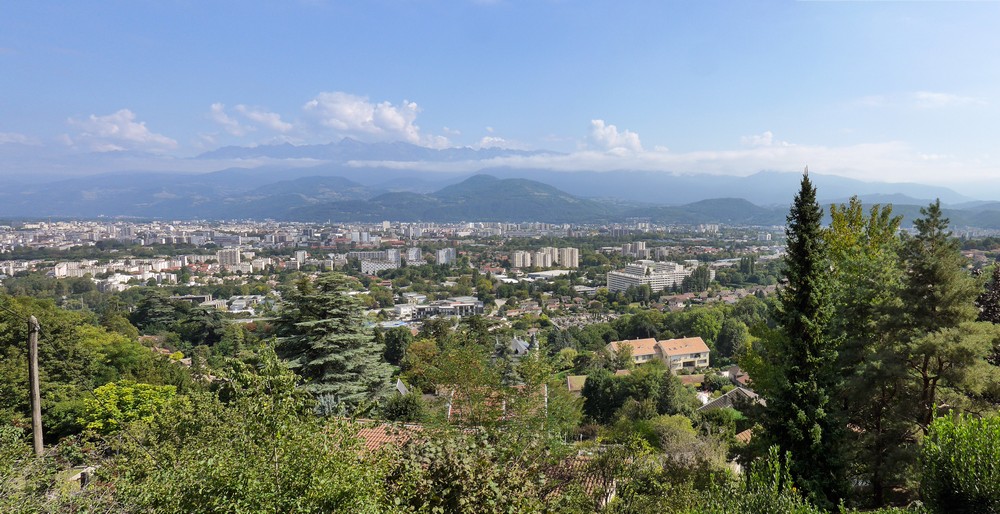 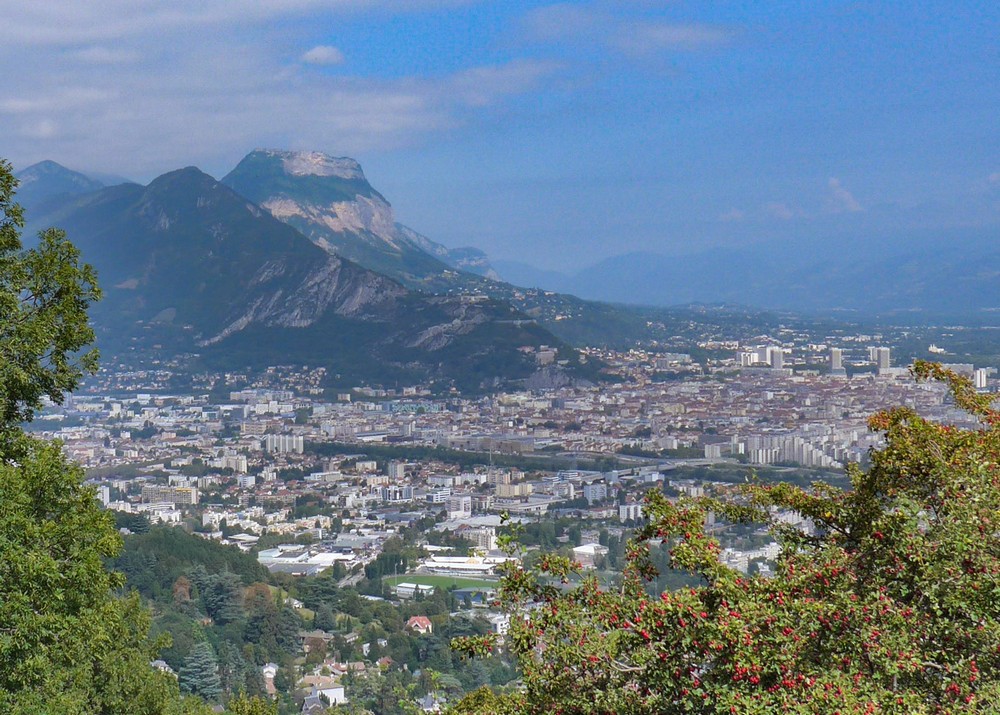 Just got back feeling absolutely brilliant for a change. I normally feel wiped out or aching or whatever. The descent was cold. In fact, contrary to Tuesday’s ride, I was seeking out the sunny parts of the road and not the shady parts. Nothing much else to report about the descent – just the usual amazing, magnificent, stunning, breathtaking scenery. 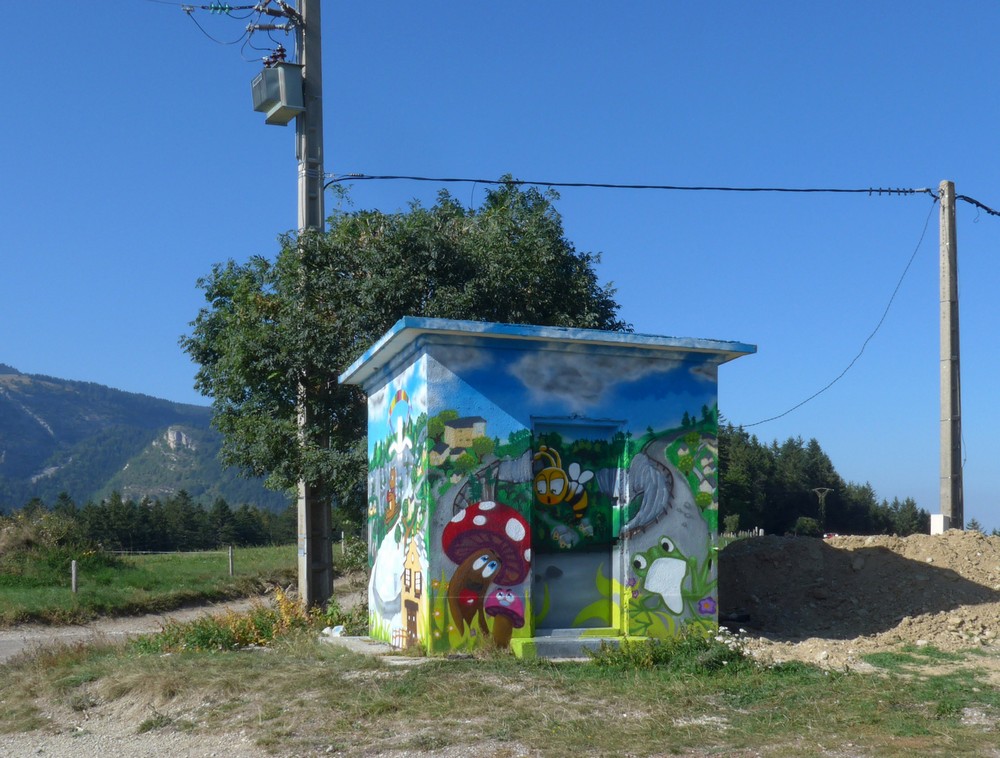 … I forgot to mention that on the ascent, when I stopped once to get a photo, I had an energy gel and got some gel over my hands so rinsed off with my bottle that just had water in it. I started off again then realised there was some on my brake hoods so stopped again, squirted water all over my brake hoods. Horrible sticky stuff!

In the end, all the clouds have burned away and we’re back to a cloudless blue sky. Not as warm as it has been though. Halfway down the small descent at the end I decided to reward myself with a cheese sandwich and a cup of tea when I got back.