During my ride in the Gorges de Daluis, six days ago, I came across the Pont de la Mariée, an impressive bridge that seemed to go nowhere. There was a tunnel on the other side and a further short tunnel I spotted through the trees. 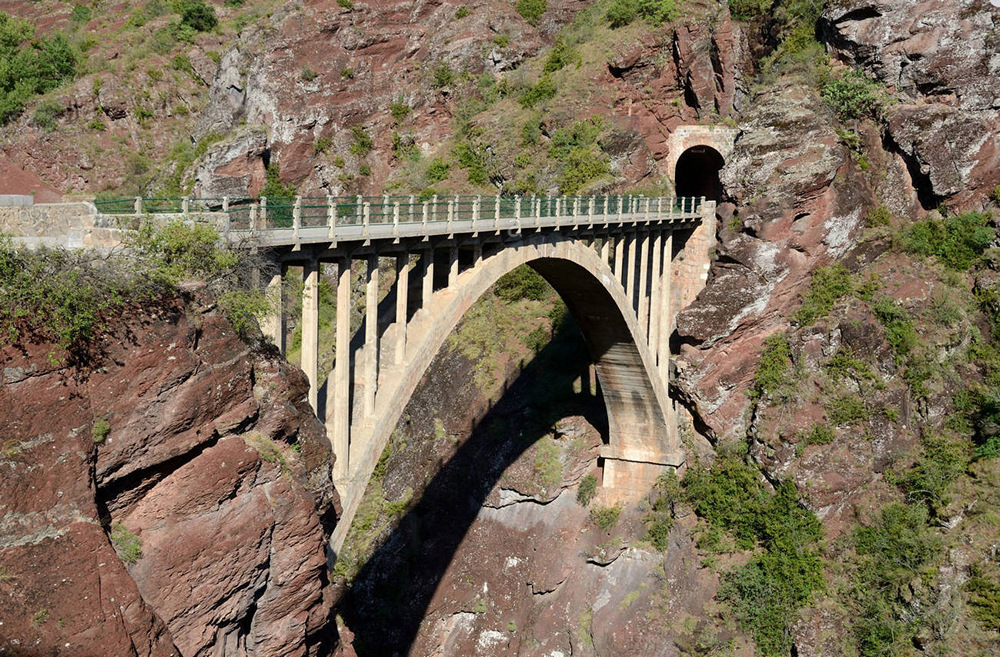 So I planned today’s ride to investigate where that tunnel went. The map indicated that there was a path between the tunnel and the town of Guillaumes.

So I designed a route from Puget Théniers to Guillaumes, the same as I did before, but this time to return via the road/path on the east side of the river, to emerge at the tunnel at the Pont de la Mariée.

The Gorges de Daluis has been covered in that previous post, but a few more photos shouldn’t go amiss. I’ll let the photos tell the story 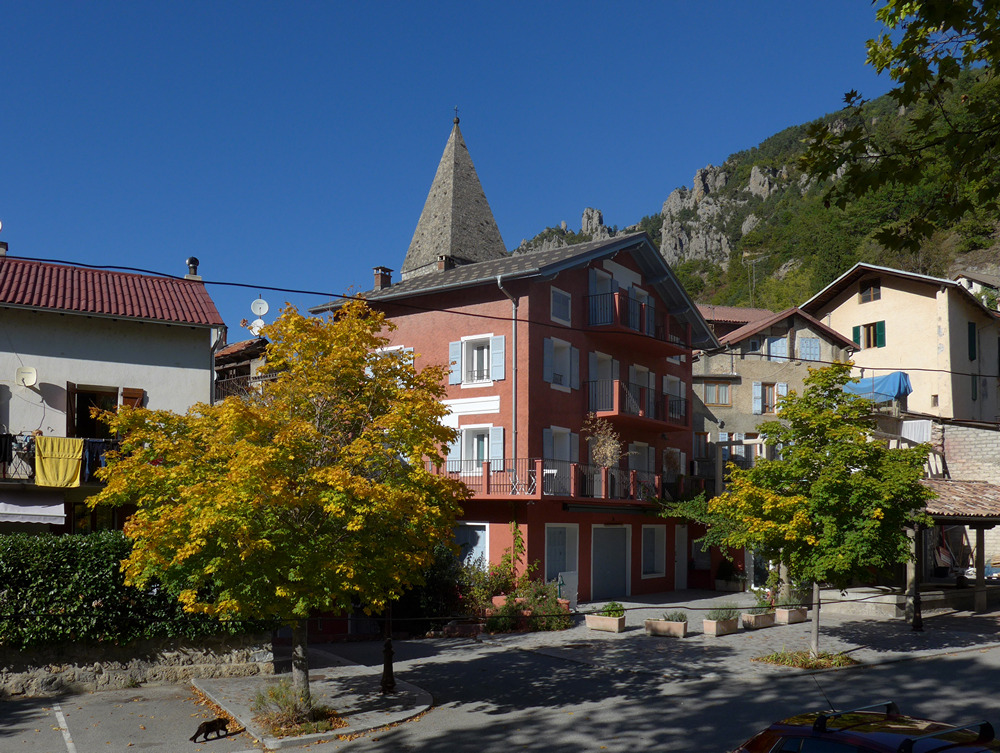 On the return, after leaving Guillaumes, I took that path to the east of the river. It was once a tramway. Hence the shape of the tunnels.

So that was another bit of exploration for me. The bridge was built for the tramway that ran the length of this valley from pont de Gueydan to Guillaumes, built in the 1920s. It followed the path I’d just taken, and then once over the bridge it had tracks in the road for the rest of the journey to pont de Gueydan. The tramway was only in use for six years!

I rode back along the same road I came on, alongside le Var, the road the tramway used to use.

Once over the Pont-de-Gueydan, and then the Pont Noir, I once again saw these odd structures 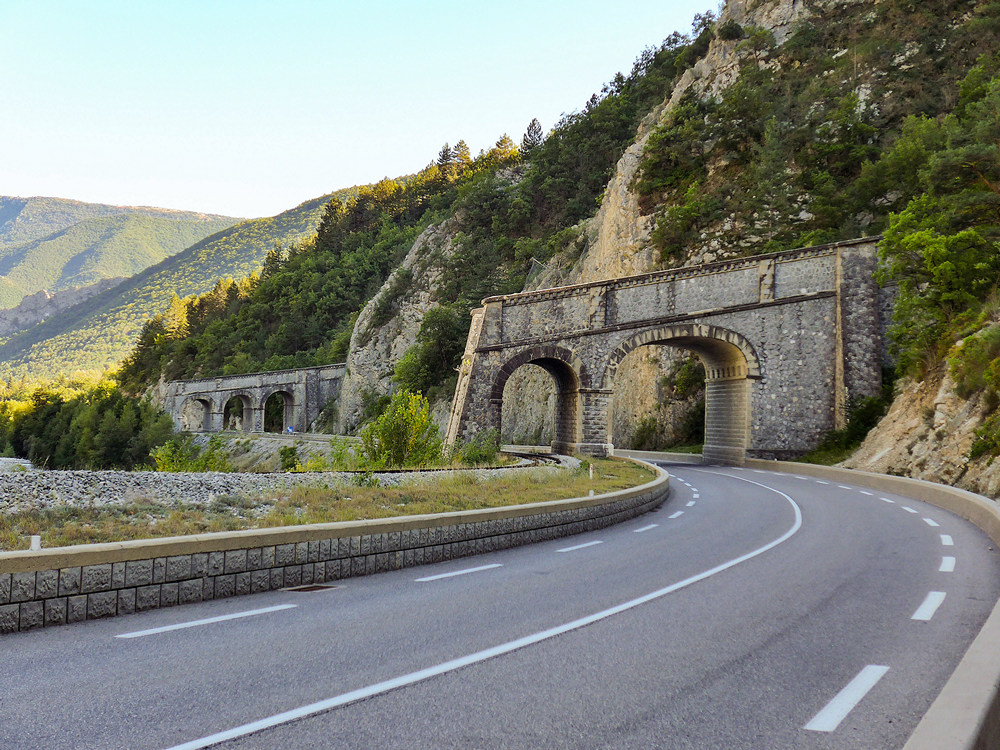 I have since learned that they are indeed designed to channel water (and rocks). They were built to protect the road and rail from getting flooded. They are sometimes known as the Elephants of Cornillons, because of their massive size and the water they pour into the Var during melting snow or strong thunderstorms. They were partially rebuilt in 1994 after a flood. And in 2004 the arch spanning the road was enlarged.

If it were not for the internet, I would have found out nothing more about them.

Here are some links to articles that helped me learn a lot more about what I’d seen on this ride:

Les Élephants des Cornillons
Detailed description and history of the gallery aqueducts with photos. In French – right-click on page to translate.

Tramway from Le Pont de Gueydan to Guillaumes
Thoroughly researched, illustrated and impressively detailed article about the history of the tramway, and also the geology of the area. Surely the most complete reference to the subject on the internet! In English

La Légende du Pont de la Mariée
History behind the story of the newly-wed bride who fell(?) 80 m to her death from what is now known as the Bride’s Bridge (le pont de la Mariée). In French – right-click on page to translate.