For this ride, I managed to park my van just yards from the foot of the climb, on the M32 out of Saint-Jean-la-Rivière. 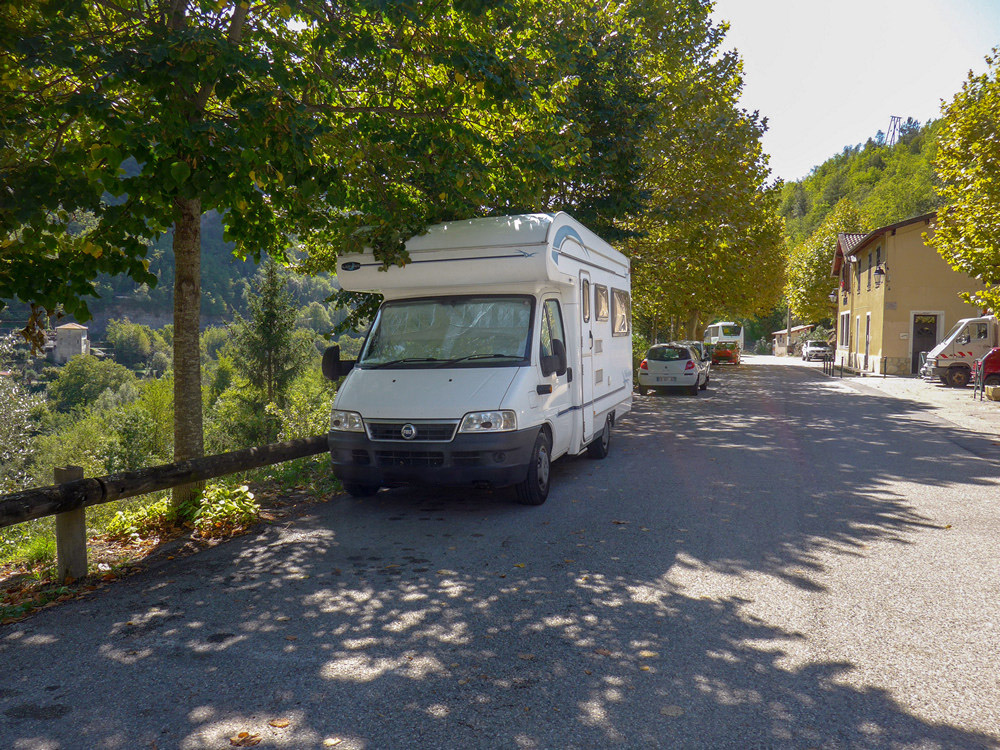 I went straight out on the ride and did my first report from the top, taking only one photo a few yards into the climb, looking out over Saint-Jean-la-Rivière 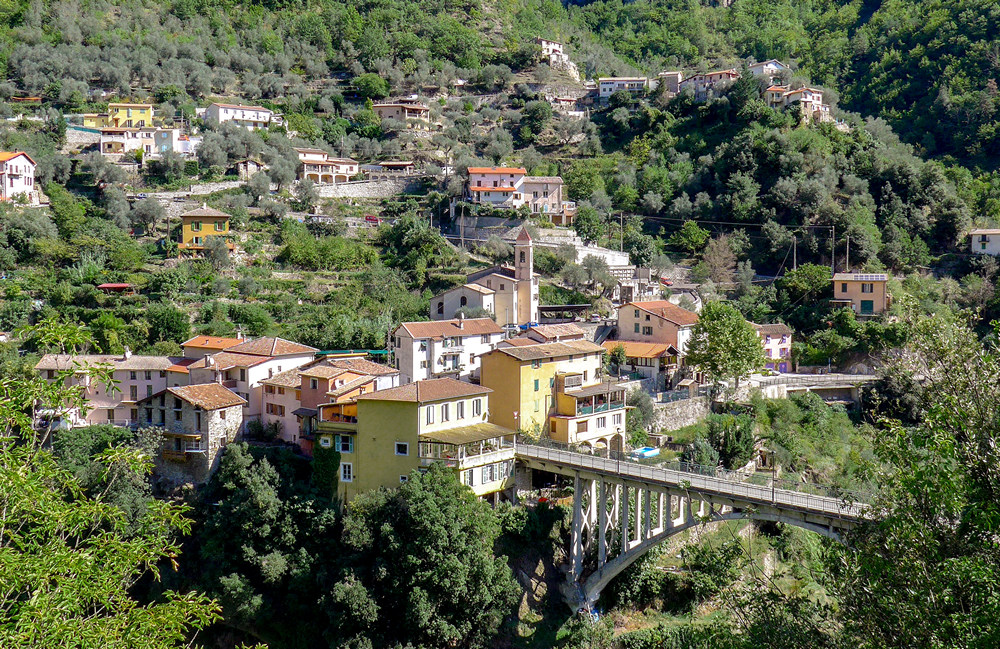 Well I’m standing at the observation platform at the top, just past the Sanctuaire de la Madone d’Utelle. 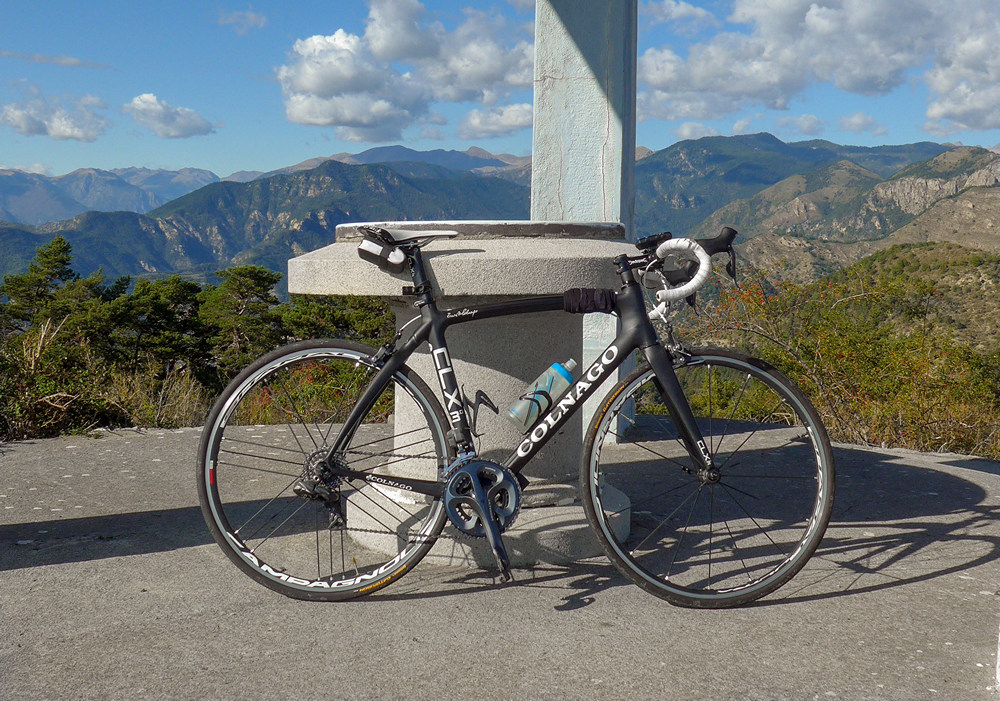 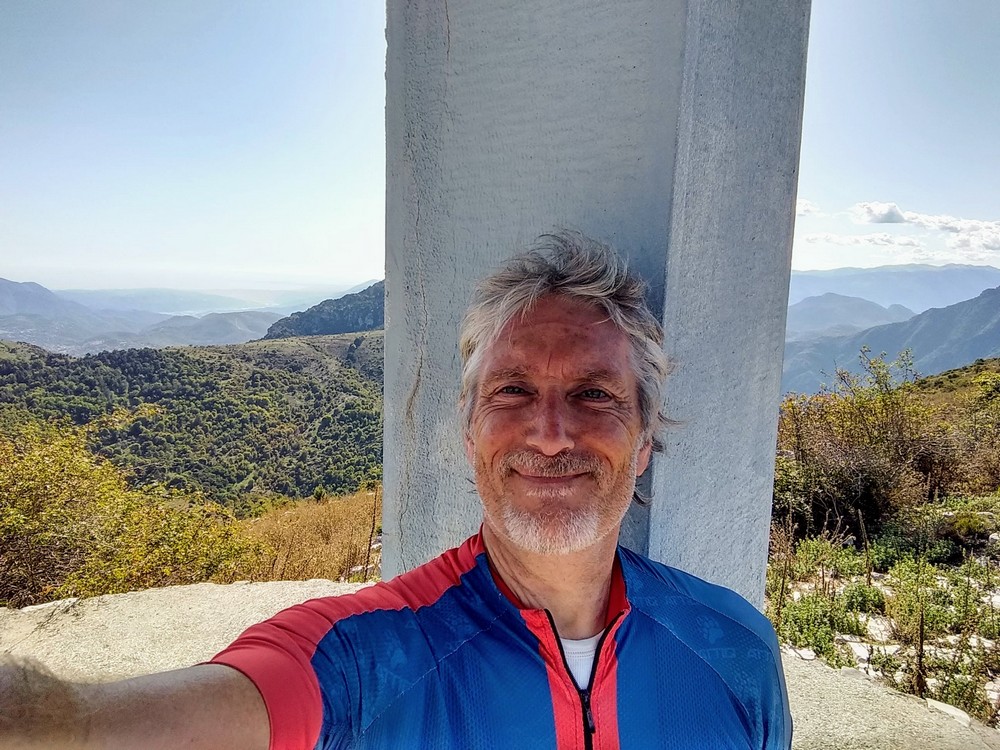 I came up nearly all the climb in second gear and even some 3rd and 4th gear. I felt really strong. I don’t know if that was because it was an easy climb or because I’m getting stronger. Reports on the web were saying about different stages of the climb, but to me it was pretty well the same gradient all the way up. Some of it was in the forest and some was exposed in the sun, but it was really not a problem either way. It was also described as one of the best climbs for views. I don’t know if I’ve completely lost my perspective on what constitutes an amazing view but yeah it is beautiful but I’ve seen so much incredible scenery lately that it’s not blowing my mind as much as it should do. Driving to the start in the van from Puget Théniers, the views all along that road were just outstanding, so that probably dulled my senses somewhat.

Towards the top of the climb, every time I came round a south-facing switchback I was hoping to see the sea; eventually, about three bends before the top, I did. But it’s so misty it’s a bit of an anti-climax really. I did the whole climb in one go except to stop for a picture right at the bottom over the town of Saint-Jean-la-Rivière, and I wish I hadn’t now because the whole lot was easy to do in one go. In fact, at the end, between la Madone and the radio tower, I was out of the saddle sprinting.
So I’ll get all the photos on the way down – there are only a couple of interesting shots I think. I’ll let the photos tell the rest of the story. 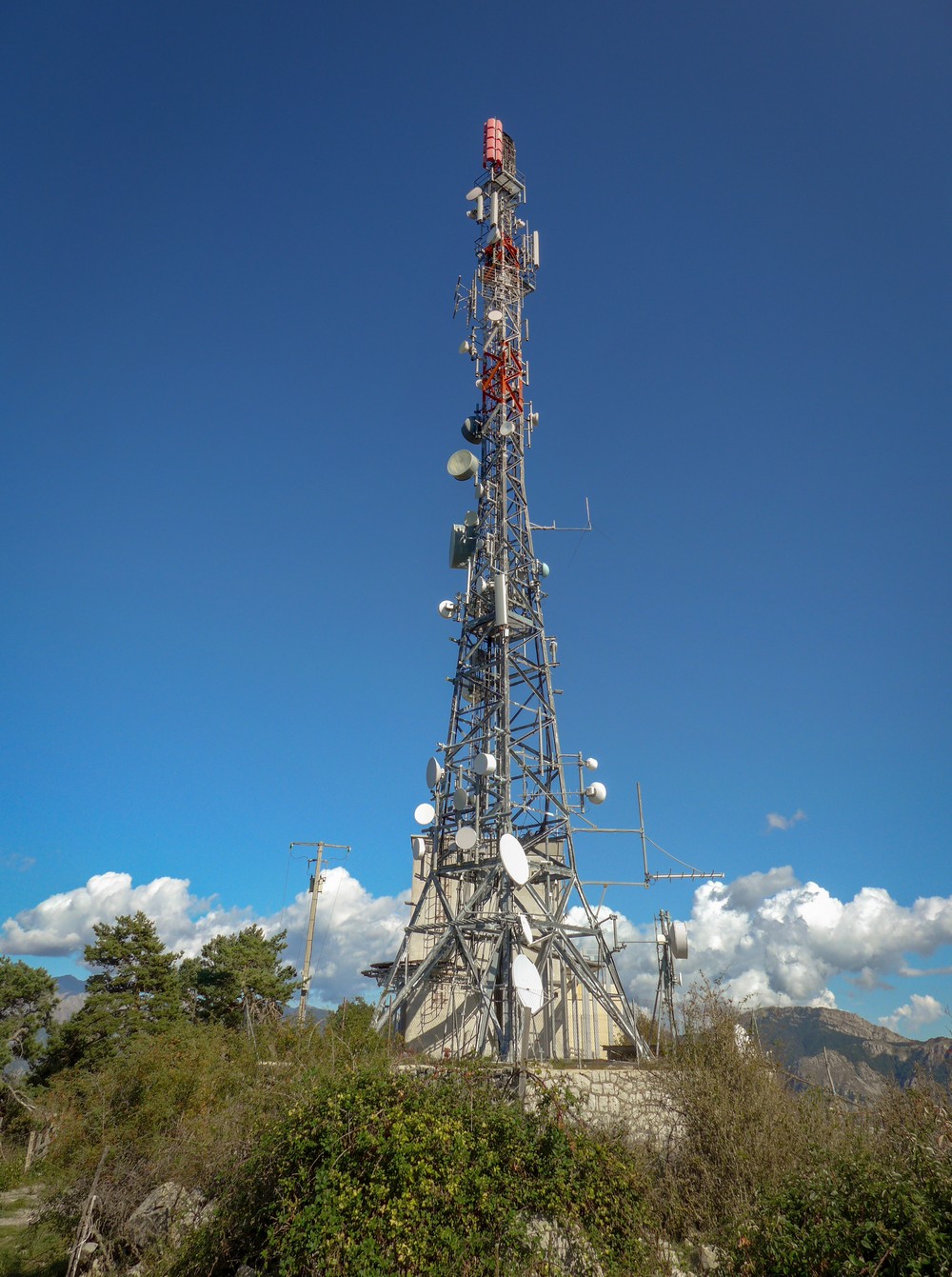 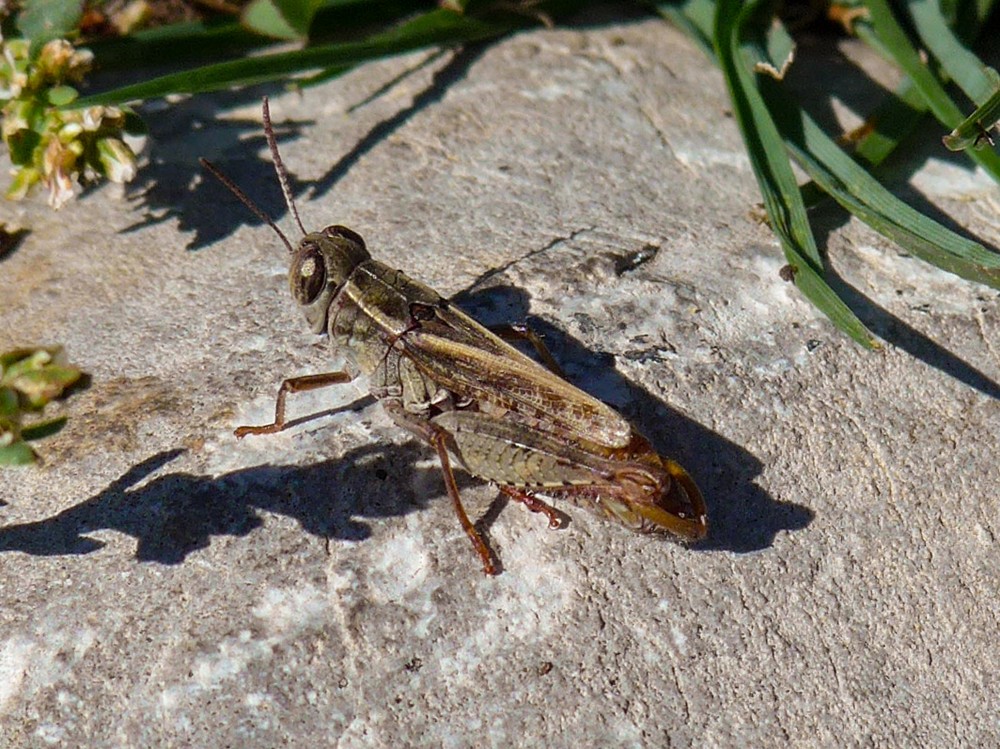 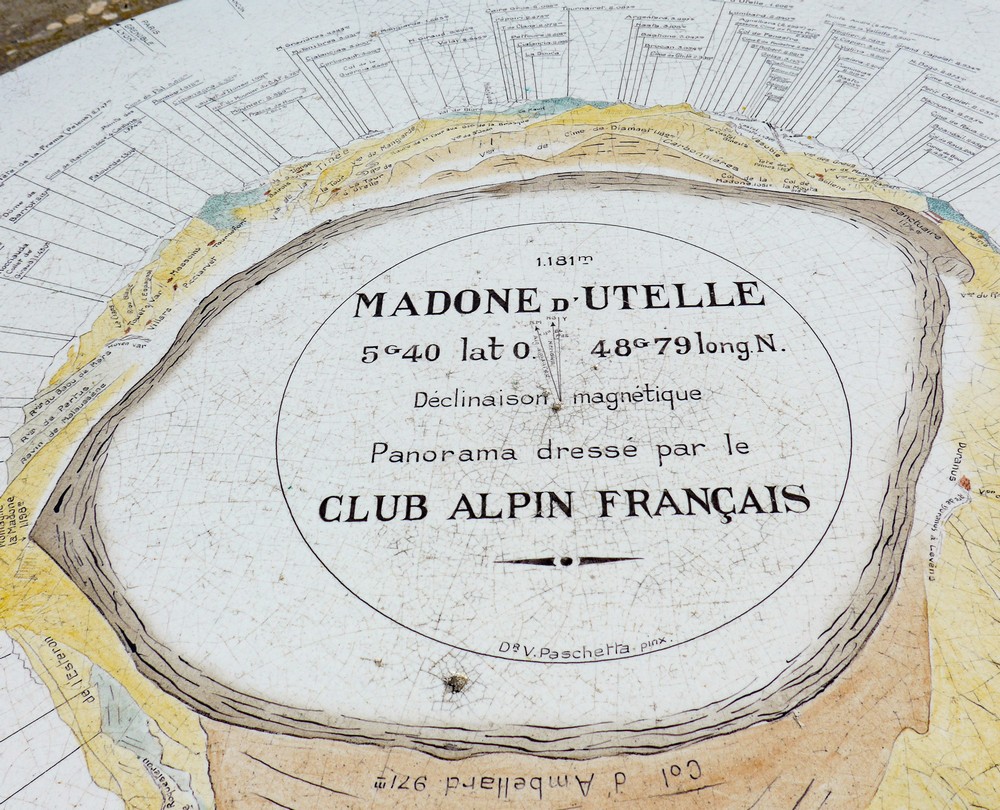 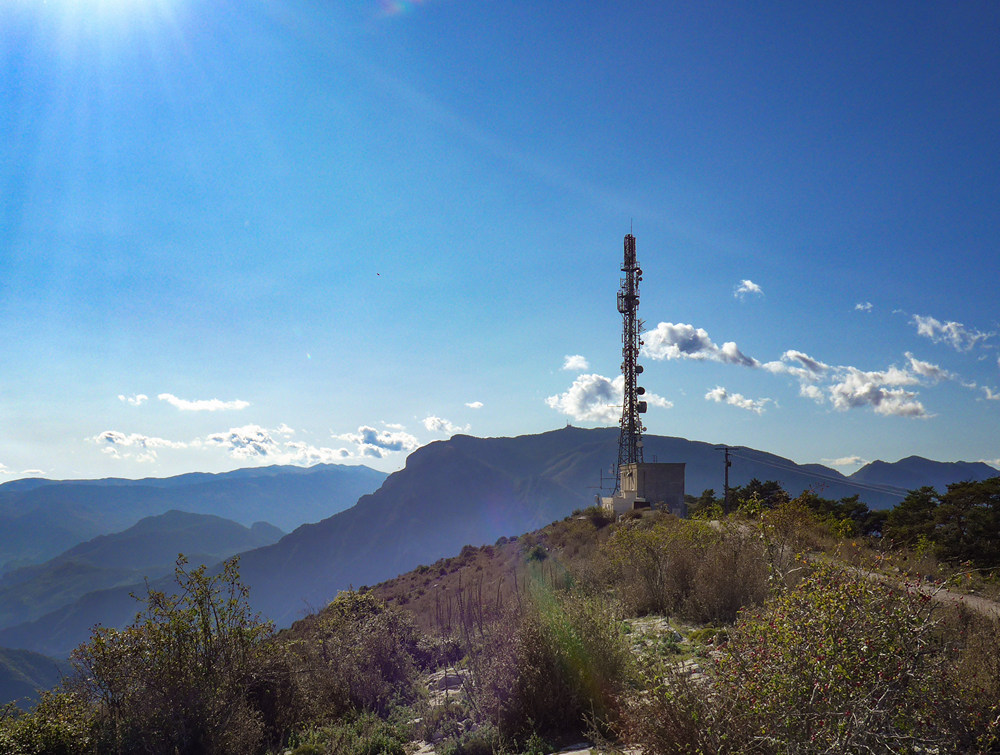 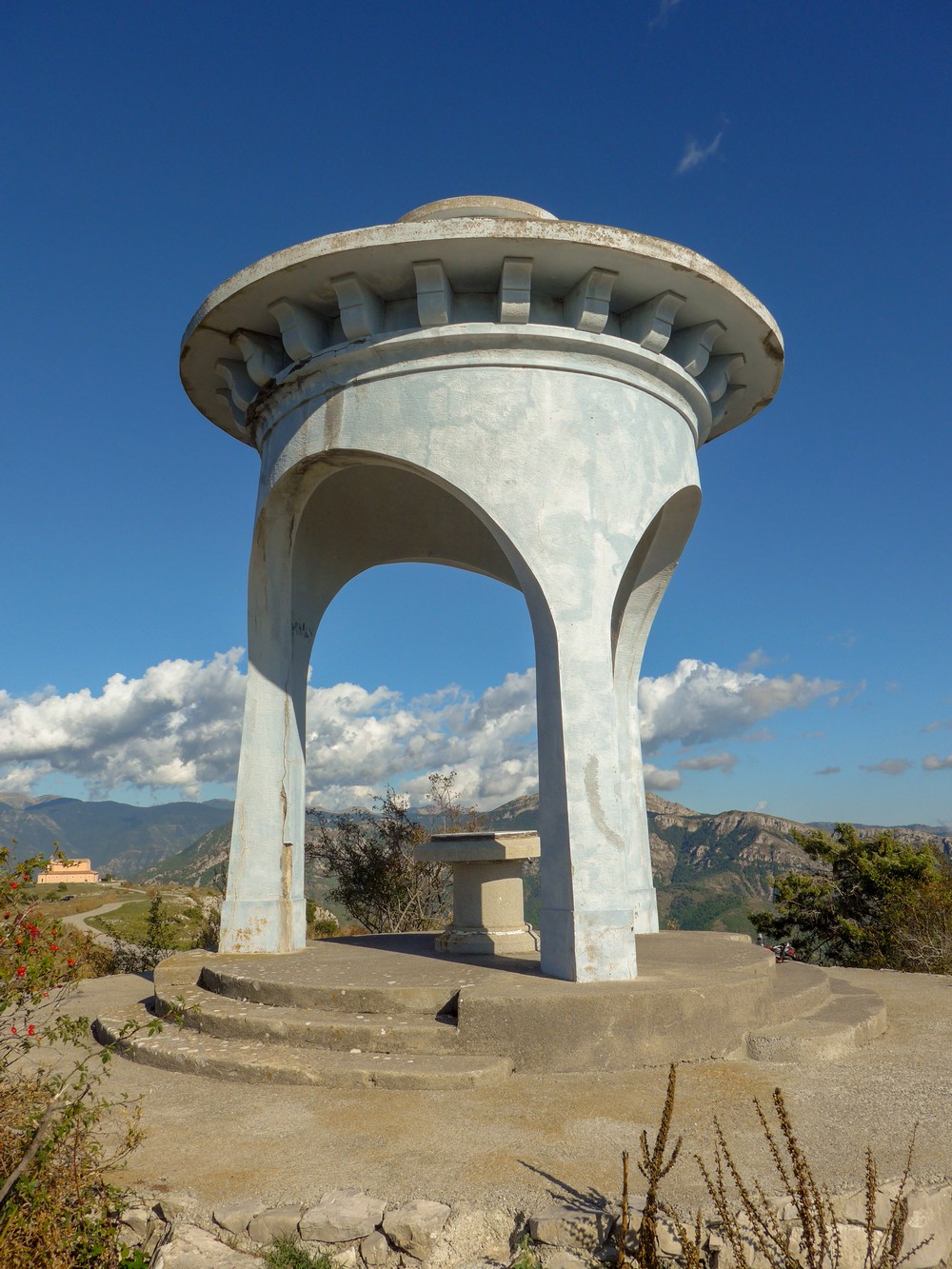 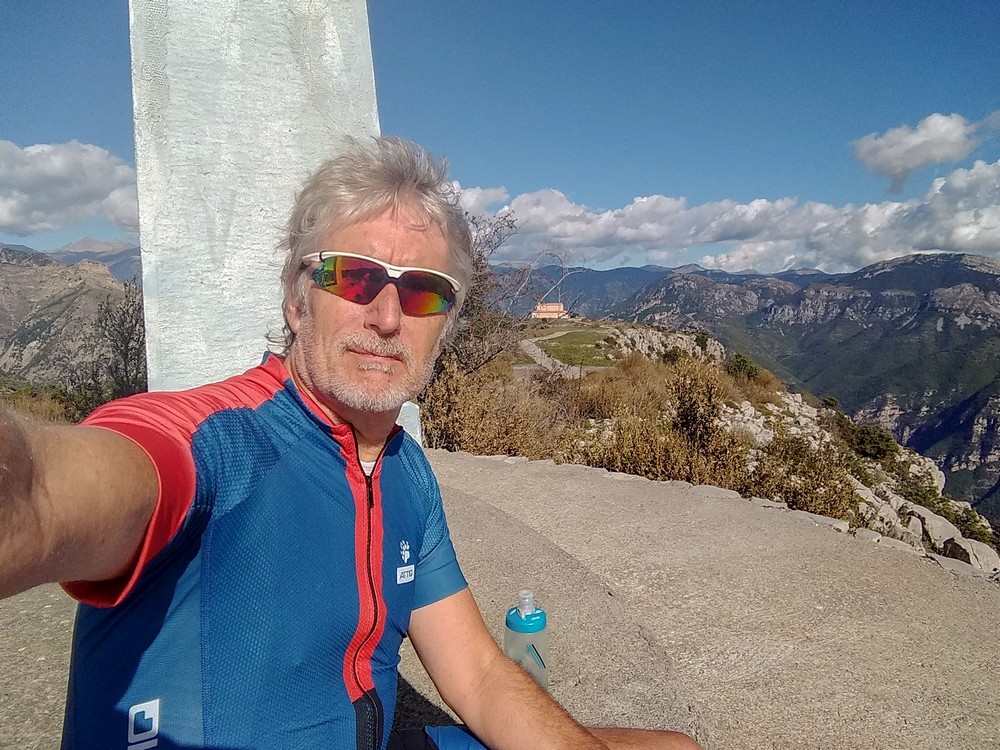 I sat by the observation platform and ate a soggy sandwich, while soaking up the sun and the view, and watching the grasshoppers.

After about an hour up there, I made my way back down. 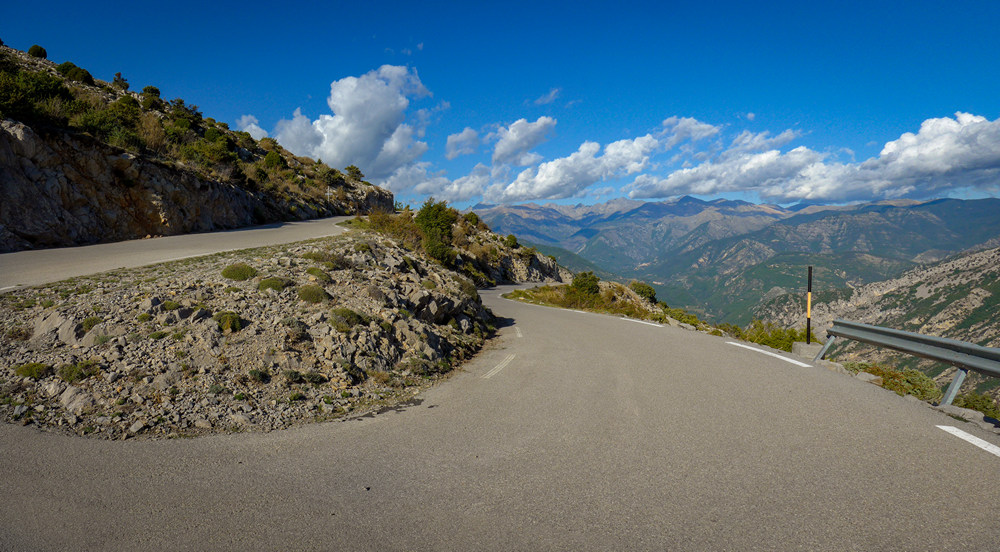 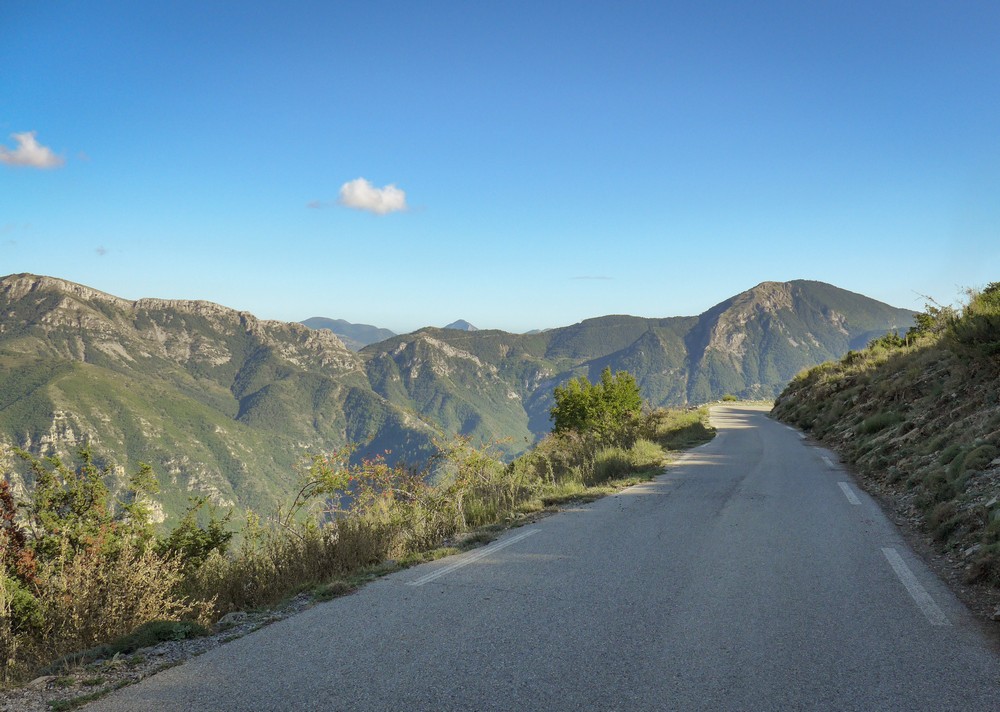 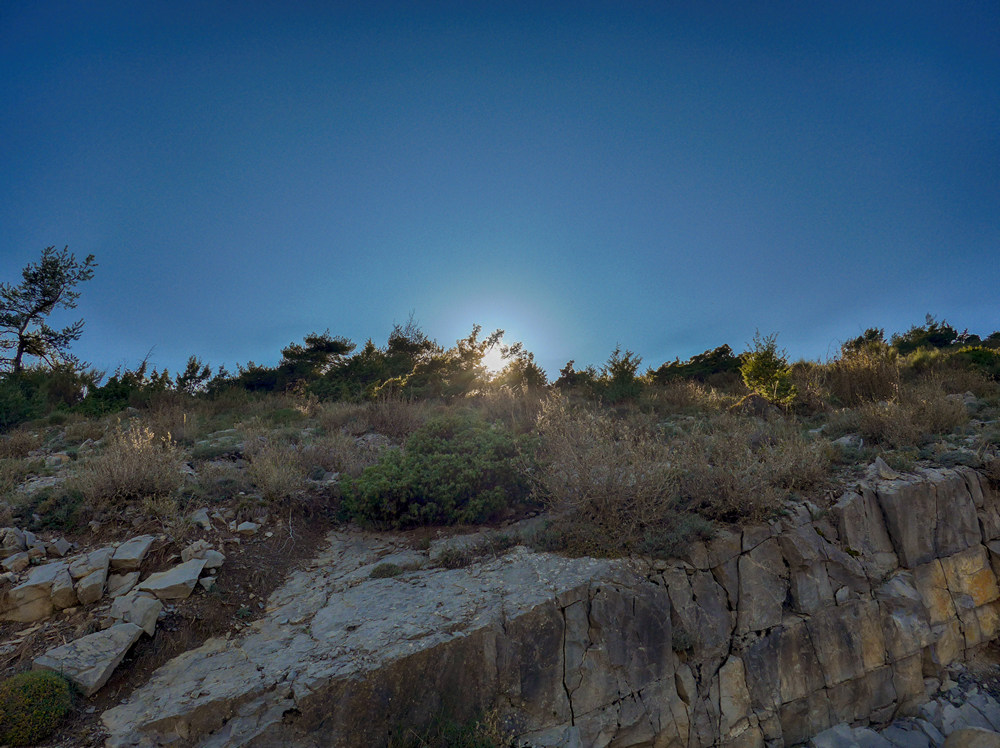 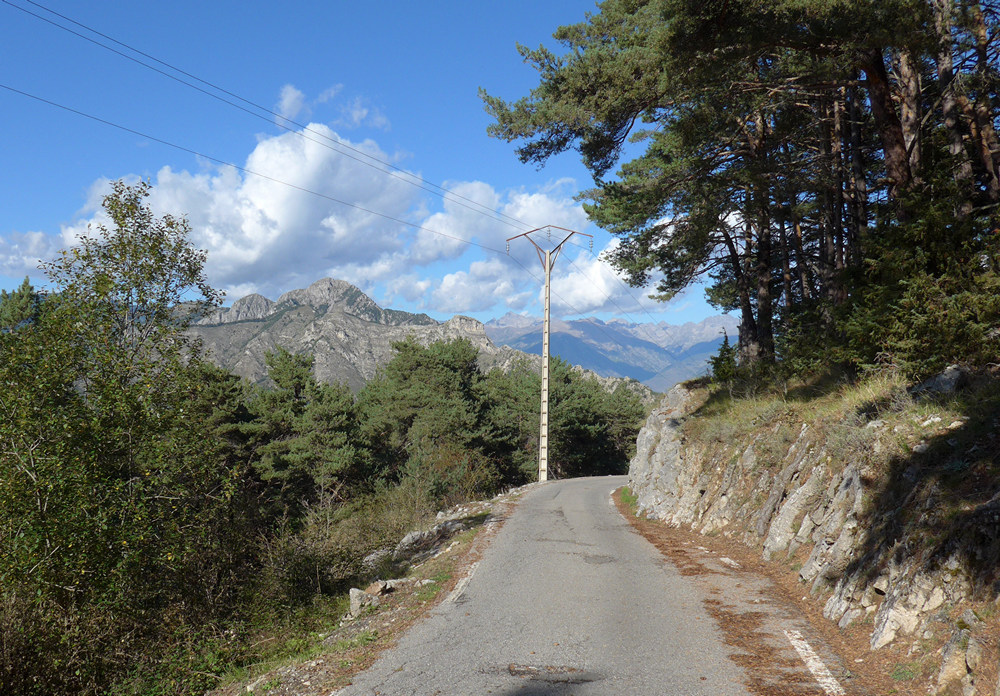 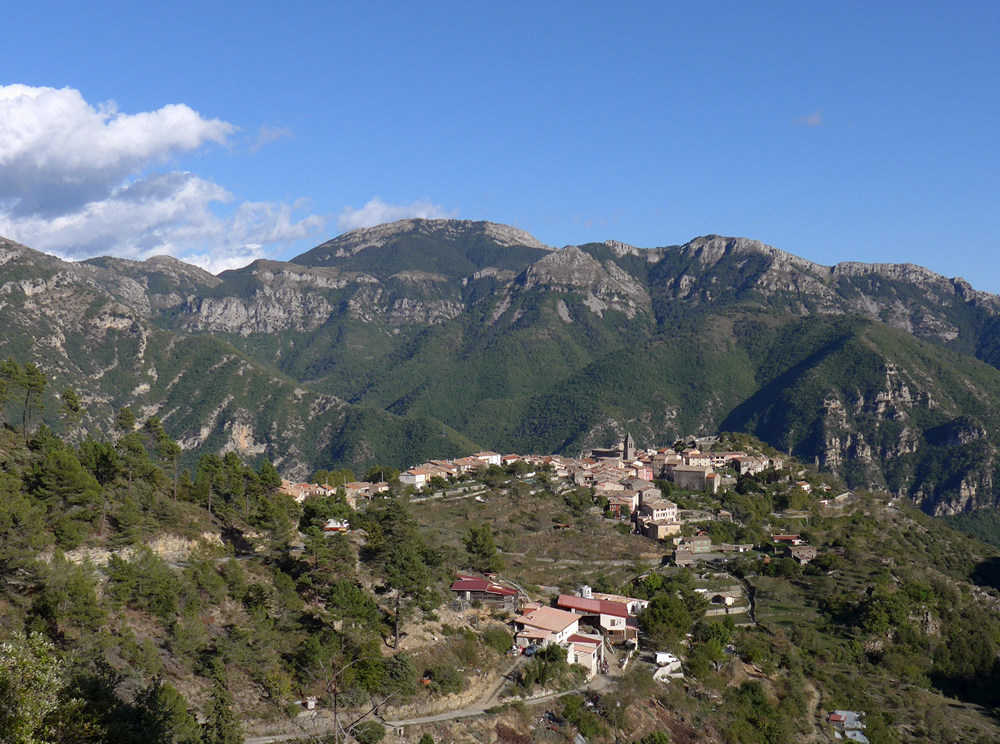 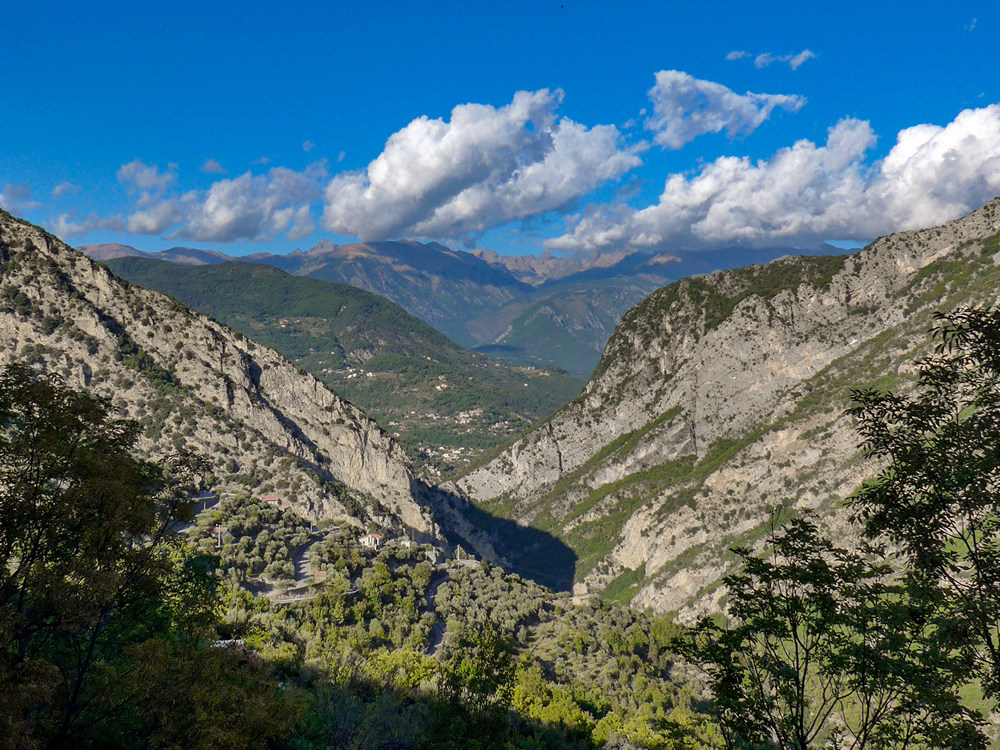 Well I’ve arrived back at the van now. Luckily I had my arm warmers wrapped around the crossbar of my bike so I put those on before the descent. And it was quite cold in the shade descending. That was mitigated somewhat by the fact I kept stopping to take photos. The views are really spectacular but I do feel I’ve been numbed somewhat because I seen them so often. I barely finished one bidon of juice and didn’t have any energy gels so that was extra weight for no reason.

Looking at the photos later, I can’t believe what I said about the views. Writing this bit back in a rainy Kent 2 weeks later, I would give my right arm for a ride like that again!

I also learned that there is another ascent, taking a different route up there, which is less regular, so that would explain the reports I’d read. I’ll have to do that other ascent next year. 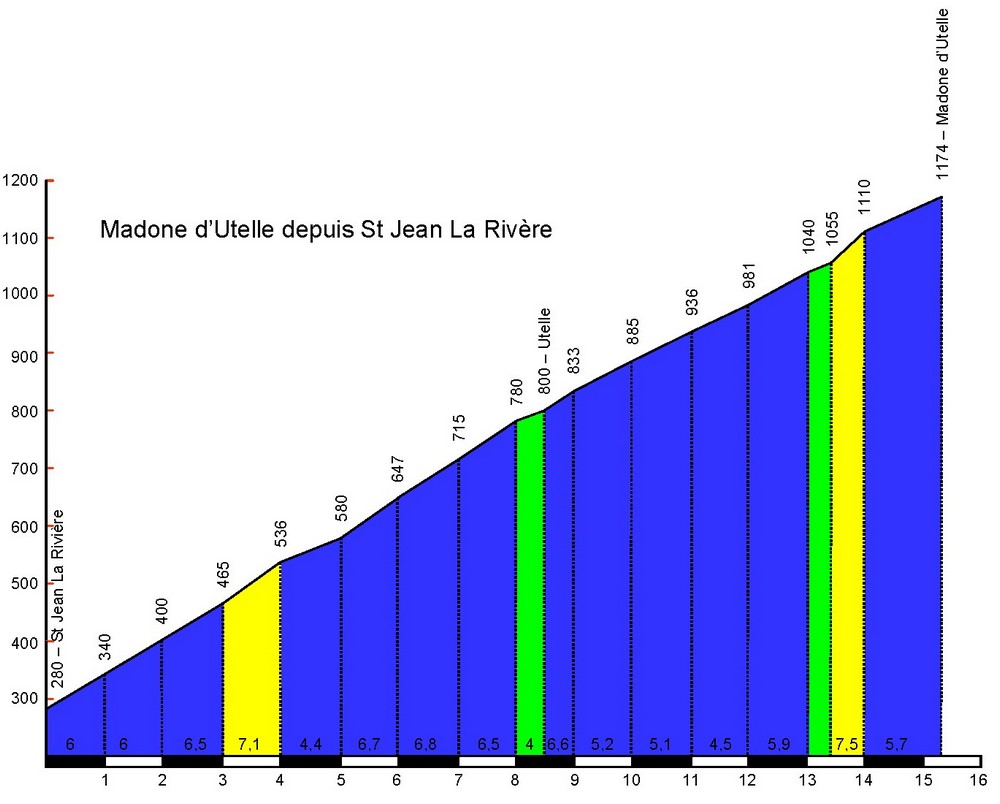