This ride was ten miles along the main road that follows the Var river, to Villars-sur-Var. Then a ten-mile ride (nearly all climbing) to Thiéry, via the Col de la Madone, namesake of the famous climb south-east of here. In fact, statistically, the two climbs are very similar.

Today’s one is longer, with a higher summit, but with very similar overall climb and average gradient. The famous one has more irregular gradient, hence the max of 12%. And that one has more spectacular views I hear!

The climb follows mostly the course of the river Le Riou Blanc, a tributary of the Var. 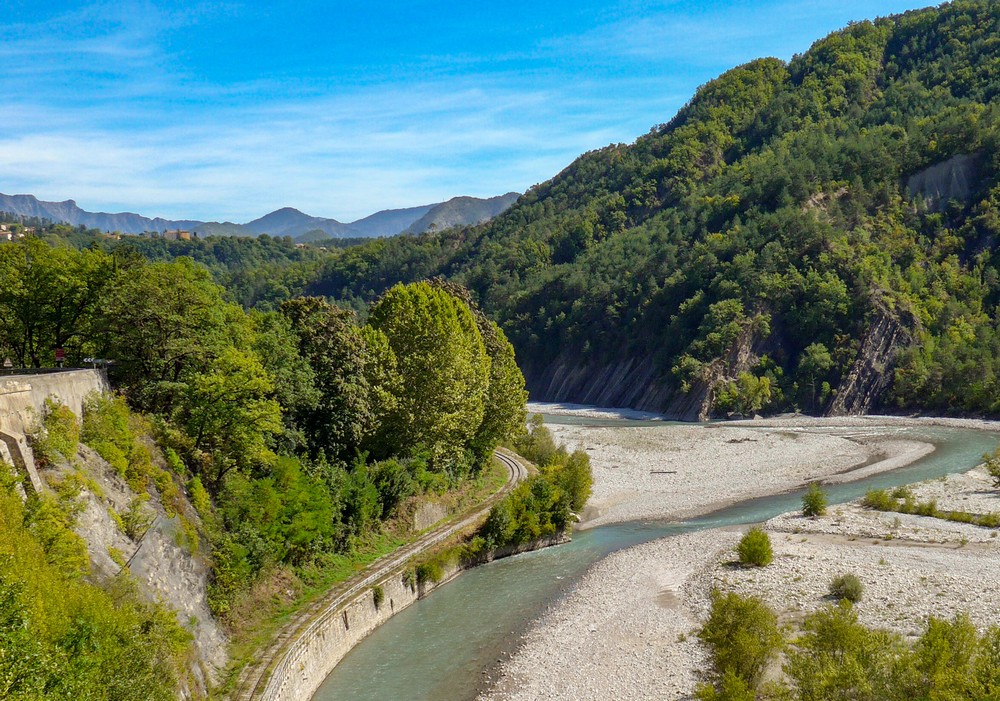 It’s a beautiful sunny day. There are some very high wispy clouds but they appear to be burning away. The ride here was completely straightforward and hardly any traffic on what is a main road. I came through the lovely village of Touët-sur-Var and had to get a few photos. 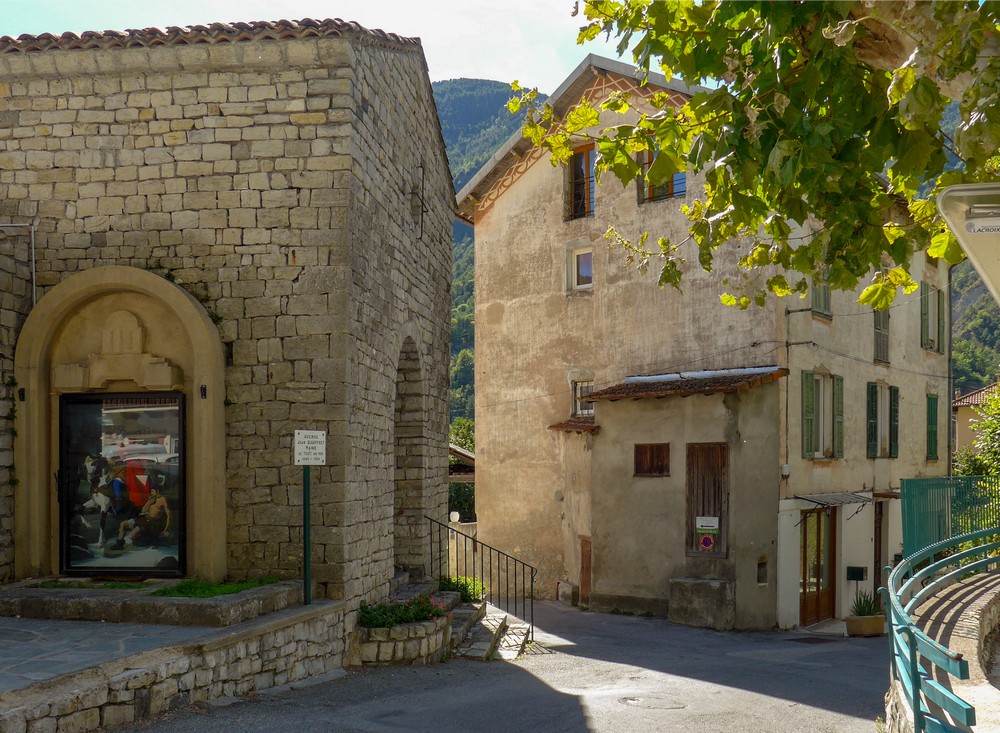 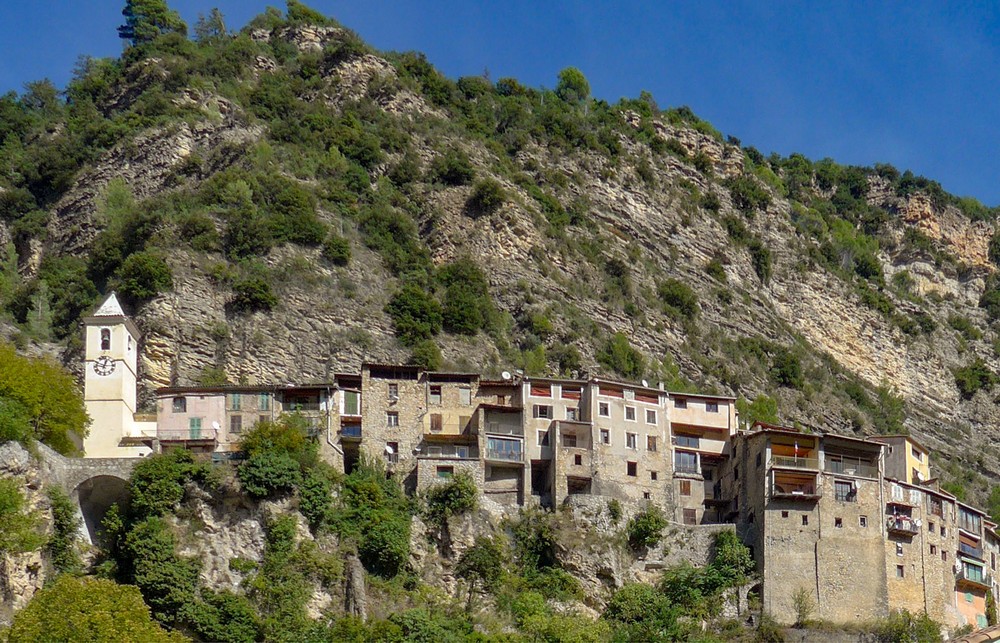 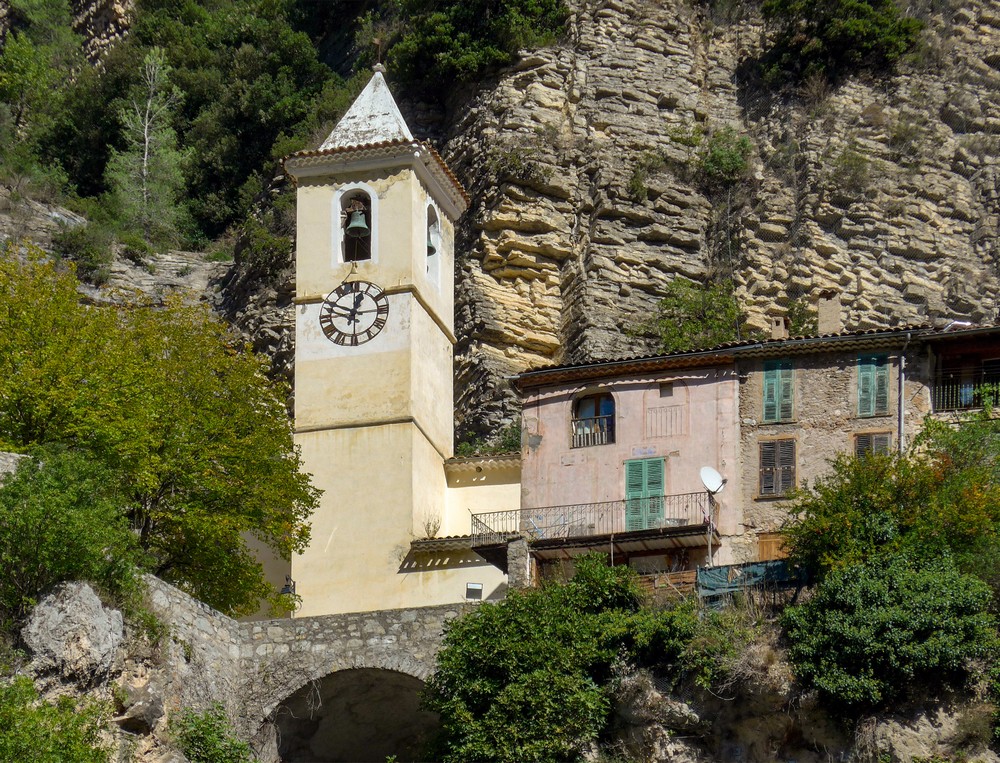 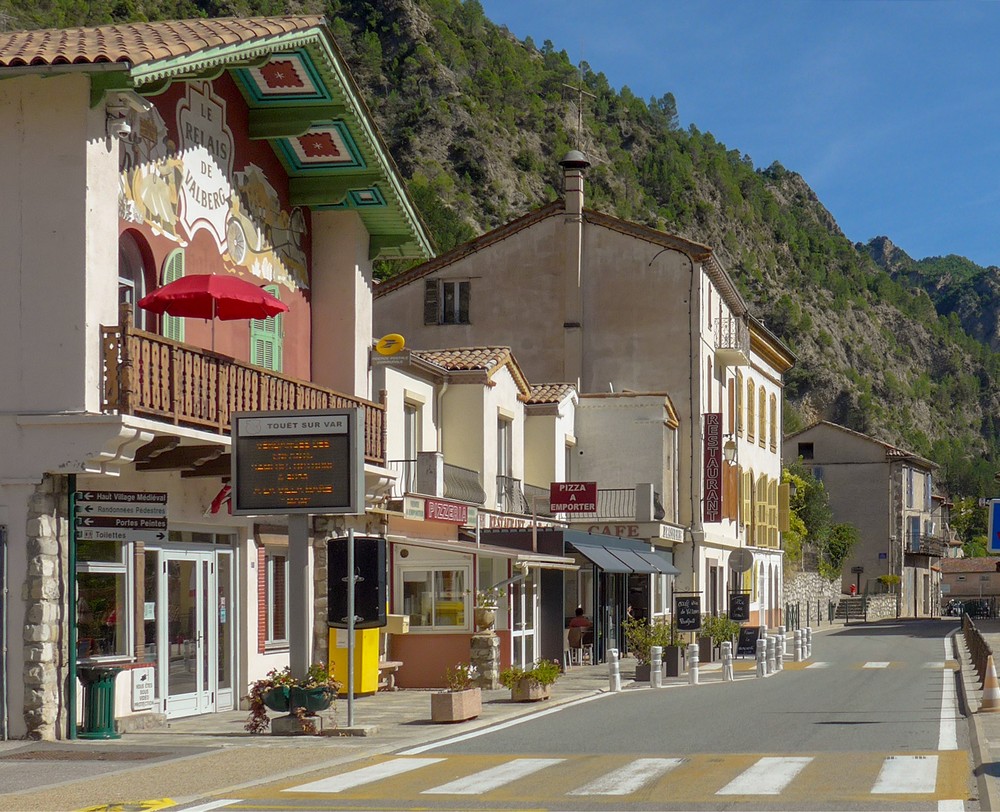 When I came past the entrance to the Gorges du Cians I was so awed by the massiveness of it that I got a photo there as well. 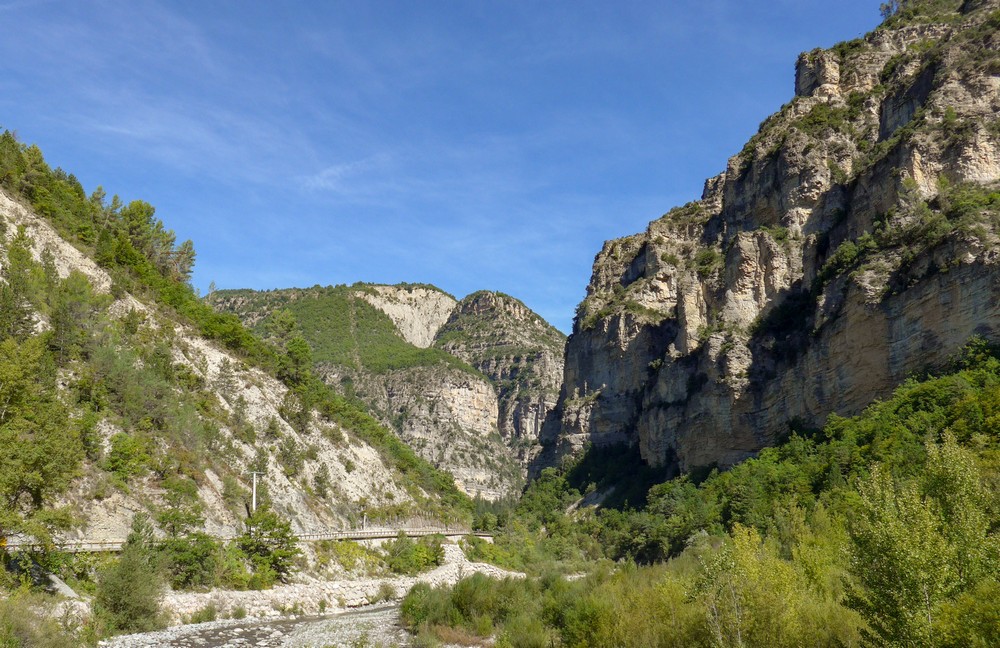 There wasn’t enough room in my back pocket for my banana so I’d strapped it to my crossbar. 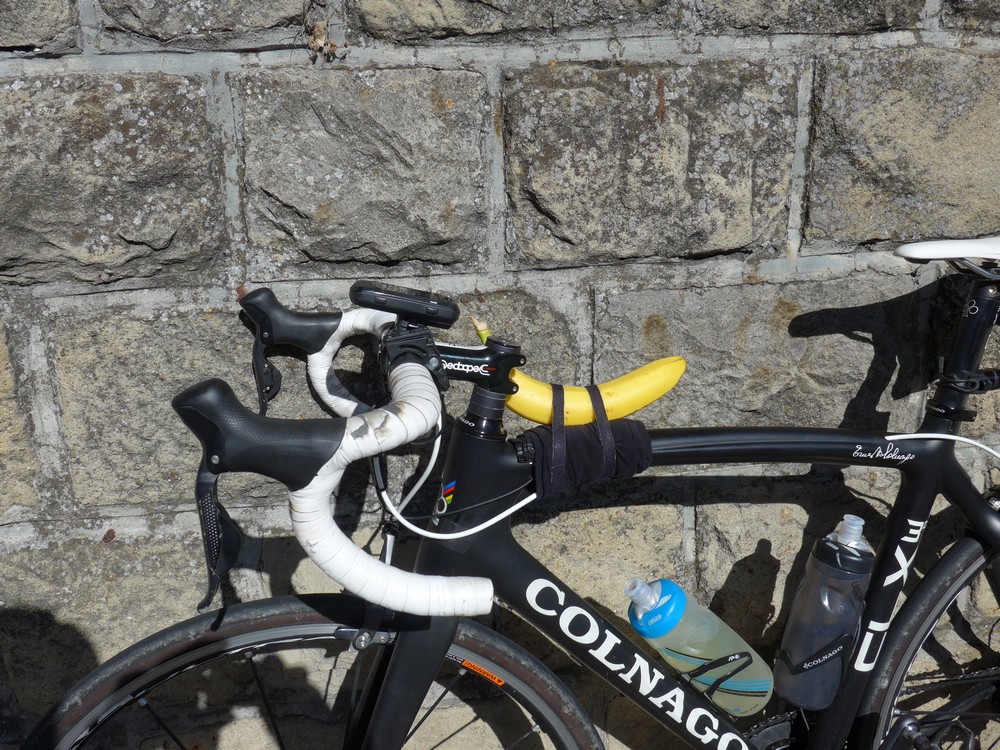 I realised at one point when I was standing astride my bike it may have looked ridiculous in profile. I rode away from there smiling to myself. The next 10 miles is up so I’ll report again soon.

Thought I’d do a report just slightly over half way up this climb. The scenery is mainly unchanging. Rocks and trees to my right,  armco barrier to my left, complete with sheer drops, massive hills on the other side – usual fayre. 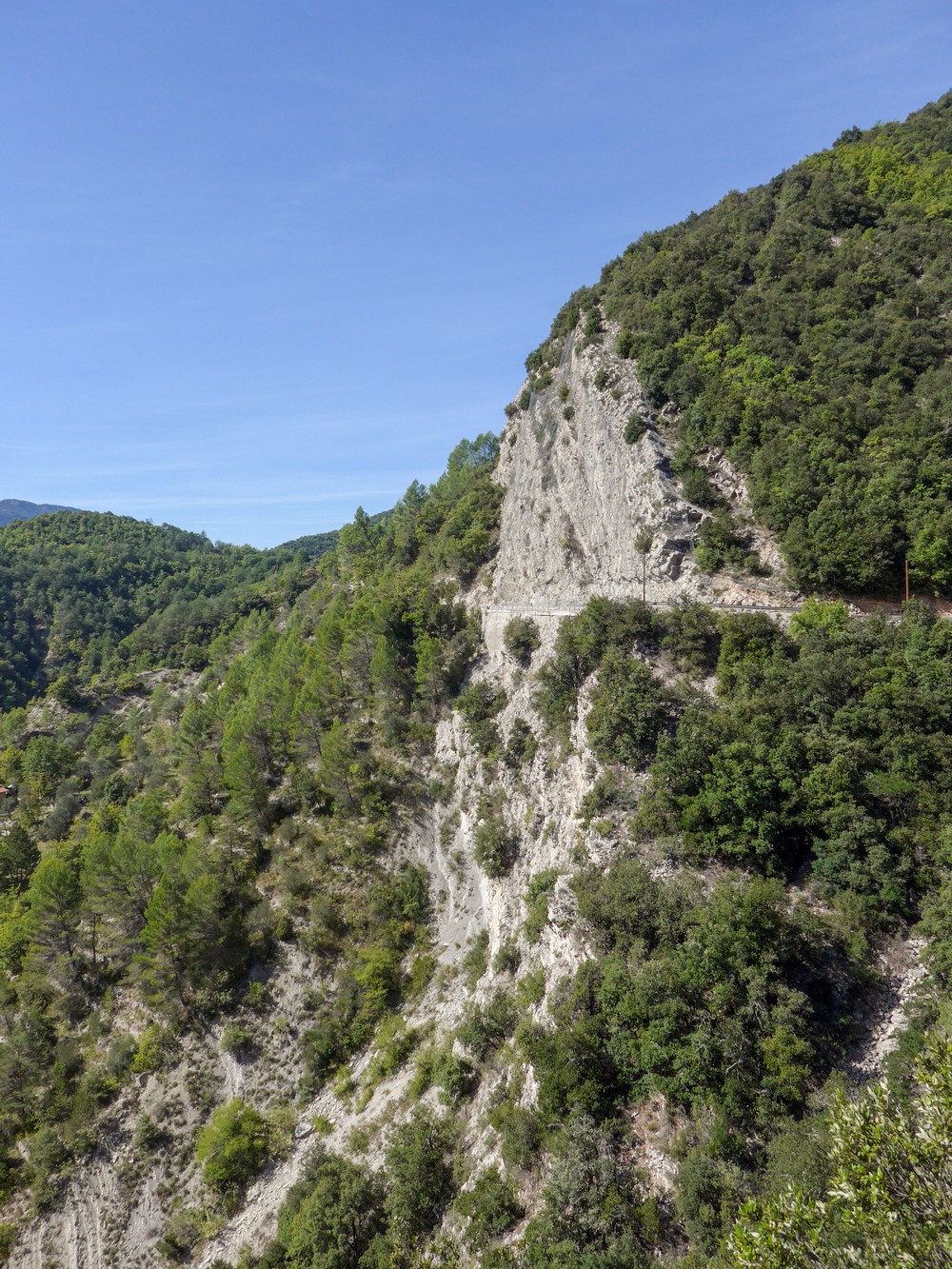 It’s dead quiet. Only one single lorry has passed me on this climb so far. It is hot, very hot in the exposed parts – not quite hot enough to pour water over my head yet. Also it’s pretty steep – I’m just going up here in first gear, about 4 miles an hour, so I guess about 8 or 9%.

Made it to col de la Madone. 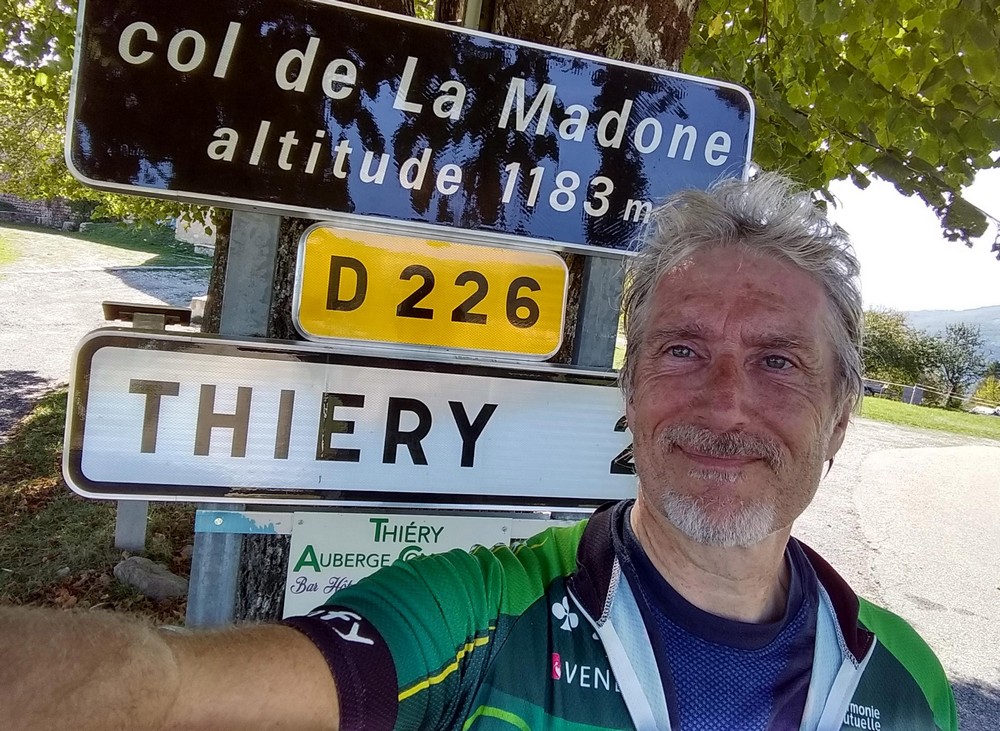 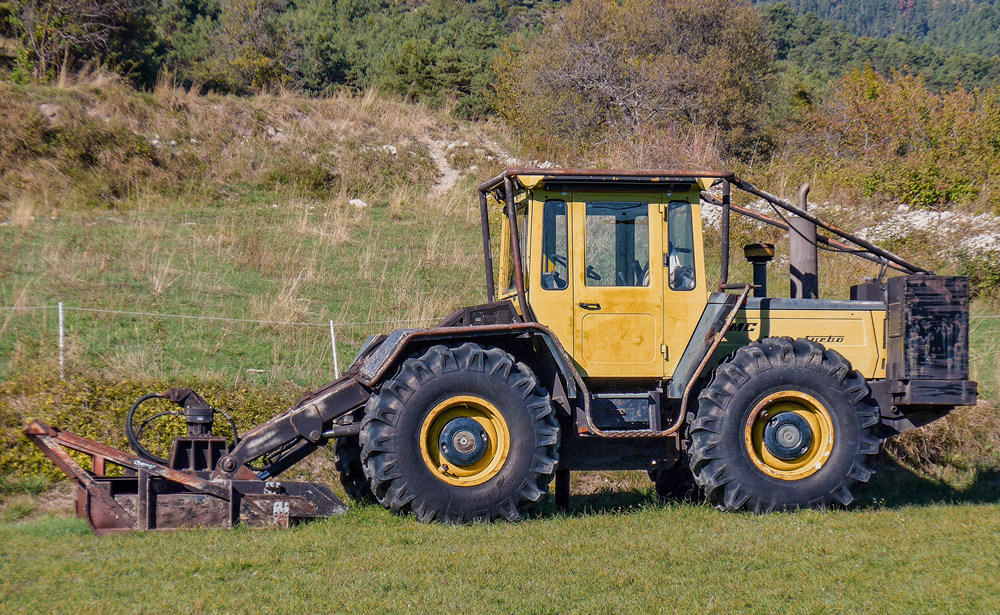 It was quite tough but I kept going steady. I think some of the ramps were about 10%, but other gradients broke it up a bit. There was nothing particularly to take any photos of so I just kept on plodding away. There’s not much at this col but I’m just going to pop down to Thiéry and see what’s there. 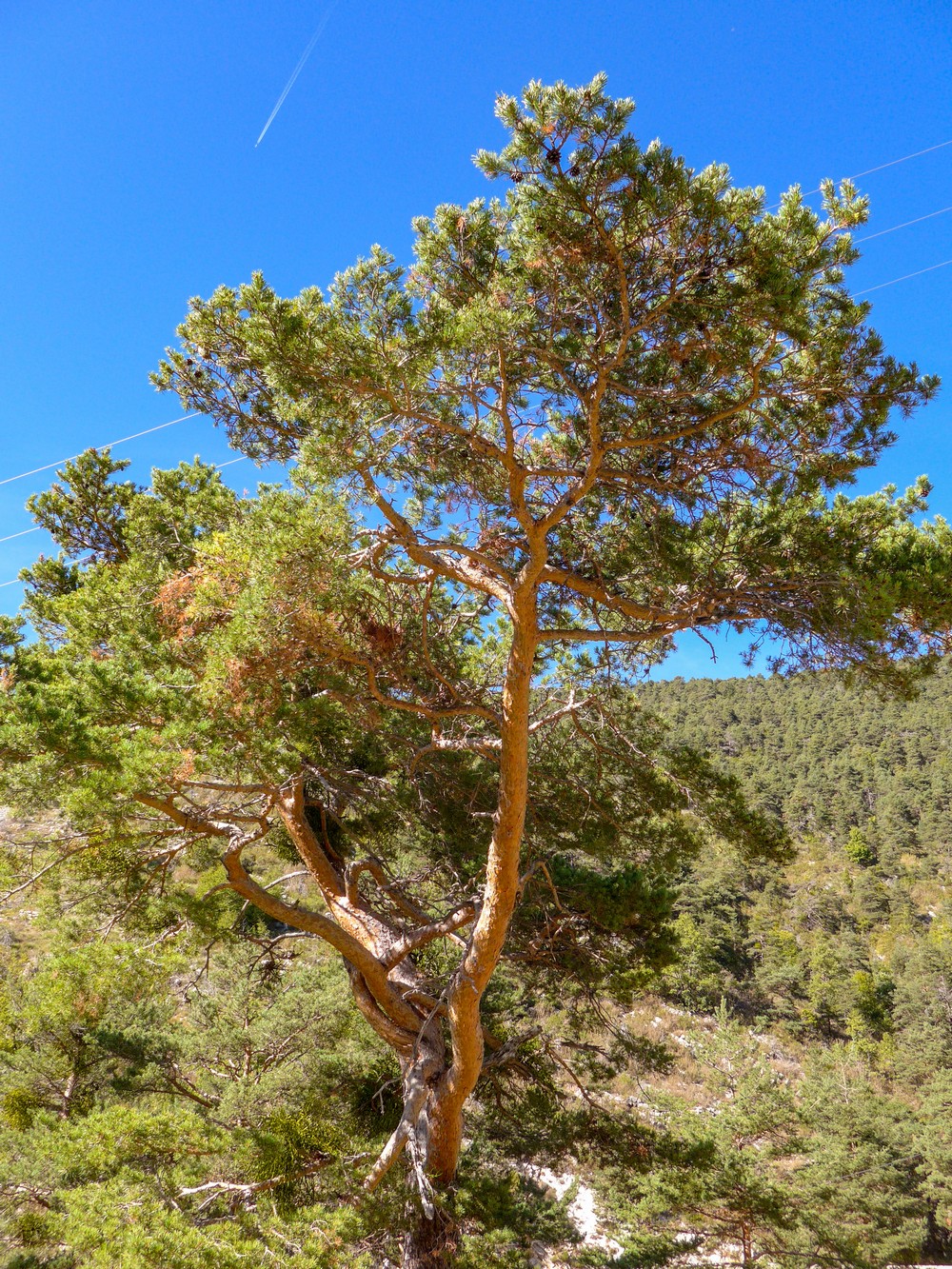 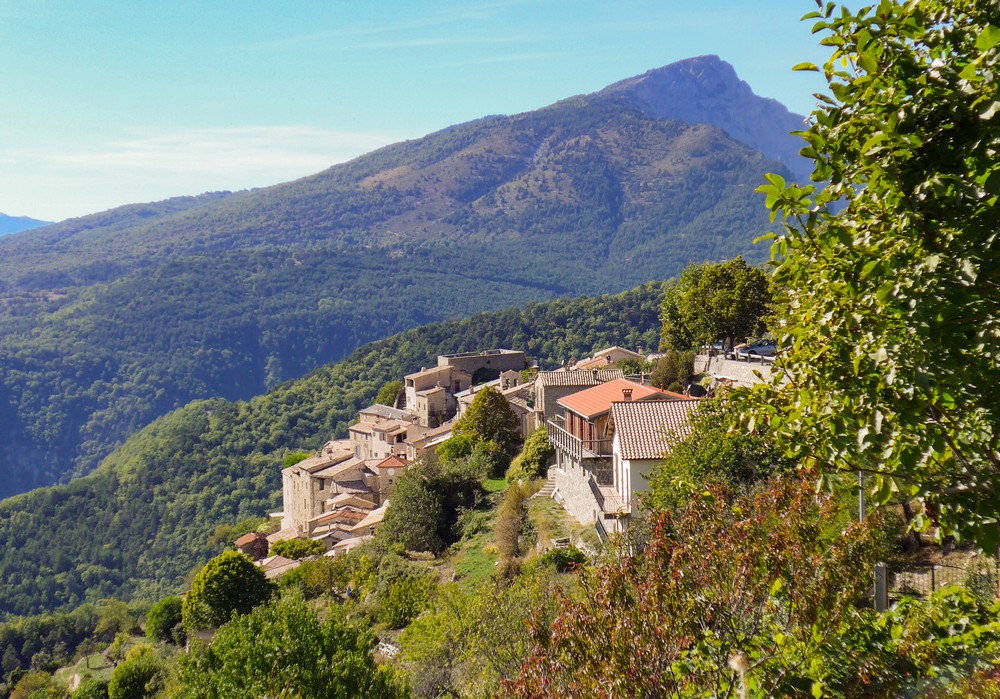 There was nothing much at Thiéry. I sat on a bench and ate half a squished sandwich and a piece of cake. 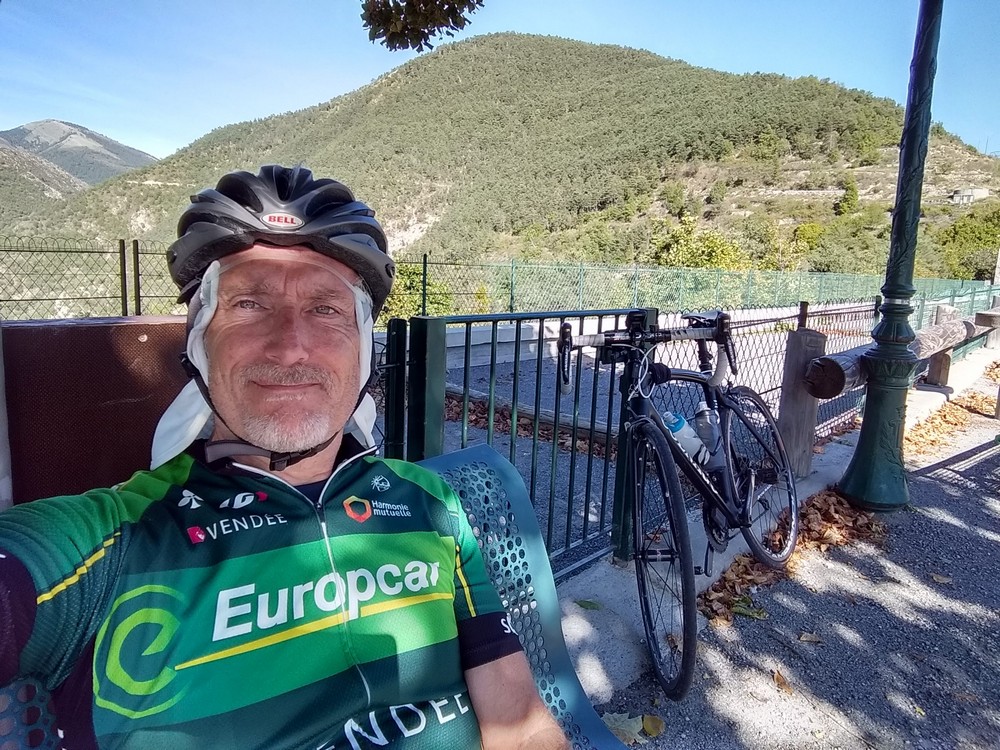 ..and then made my way back up to the Col and then down and back to base. 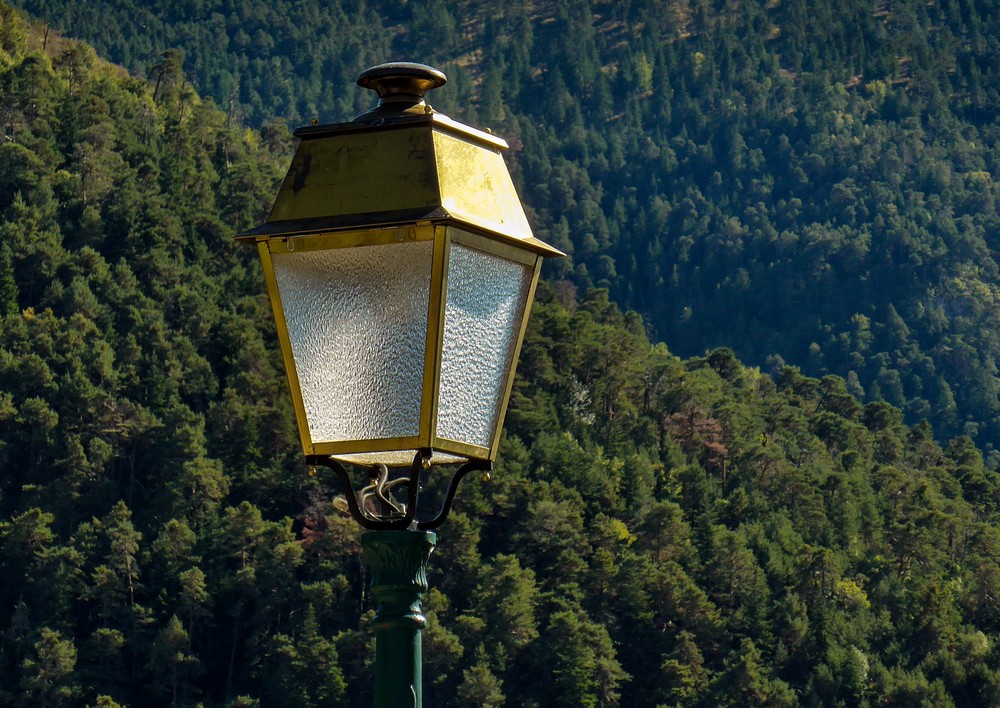 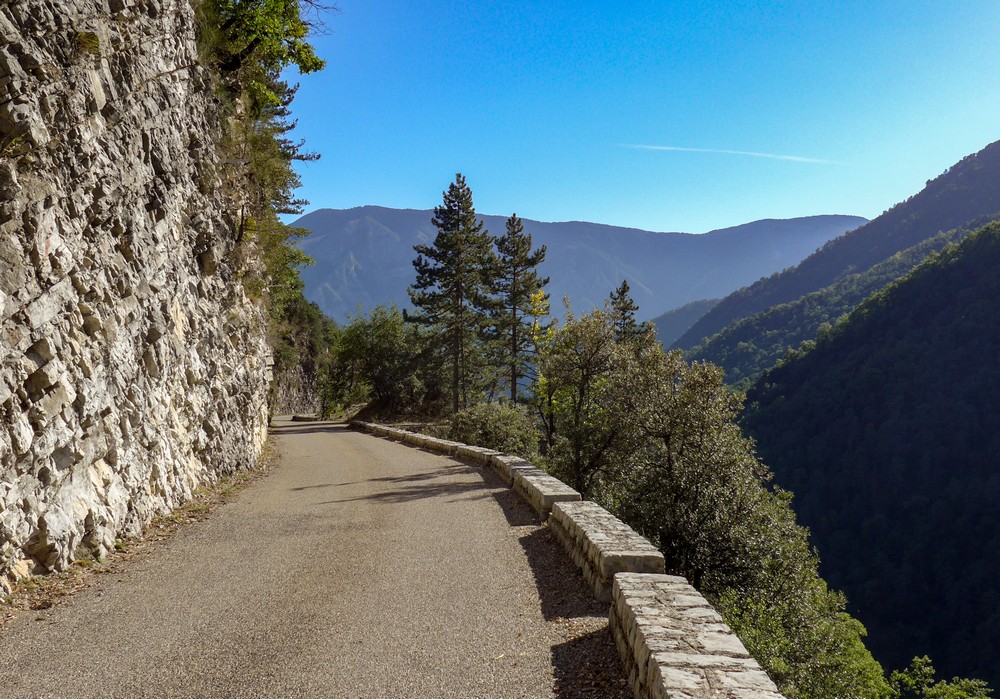 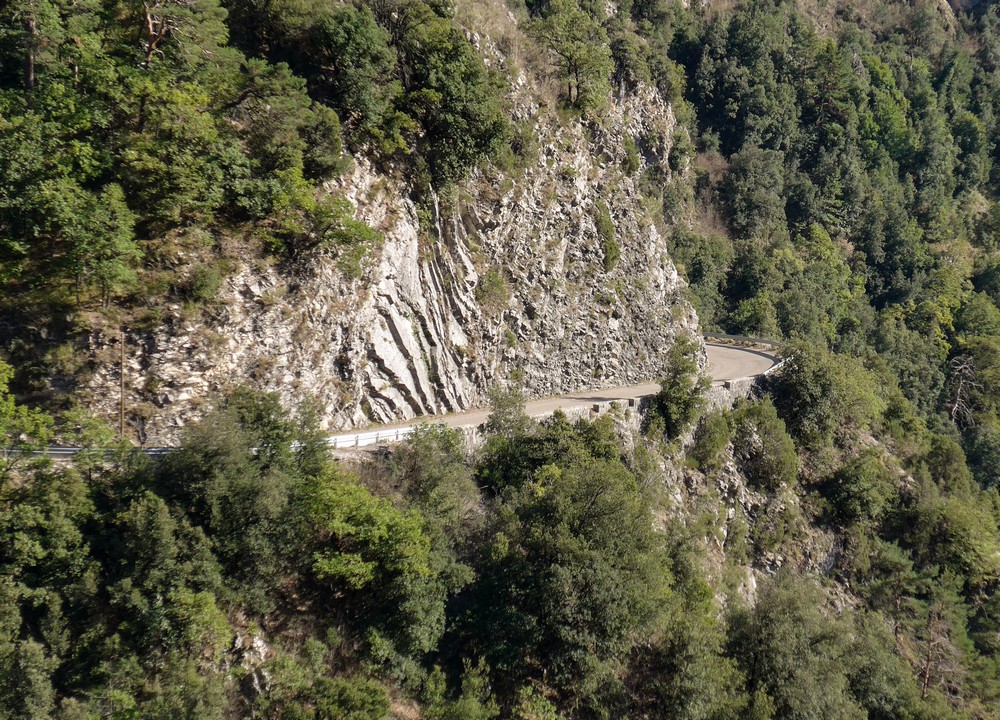 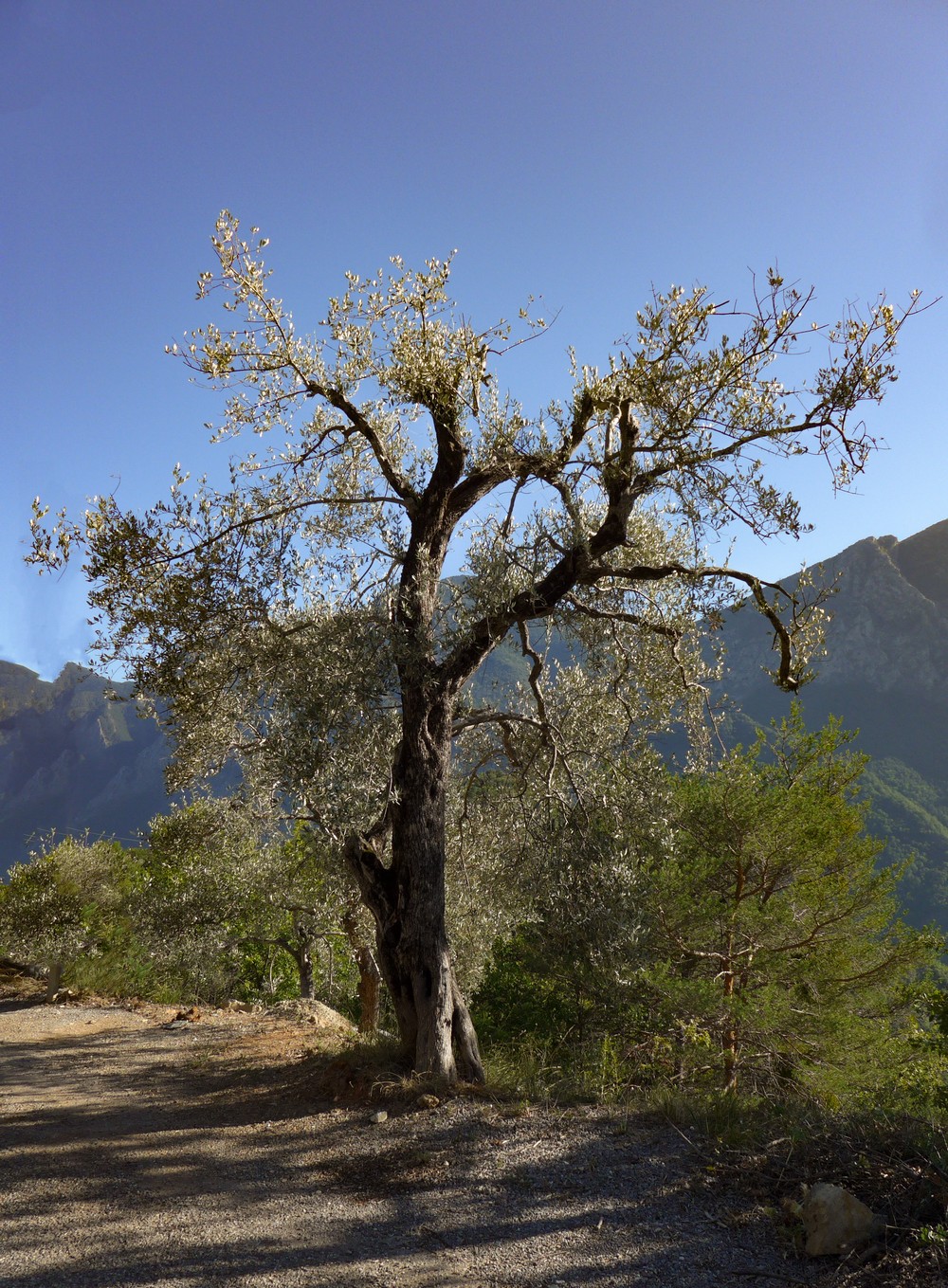 I don’t appear to have done a final report for this ride. I do remember that I felt completely worn out when I got back 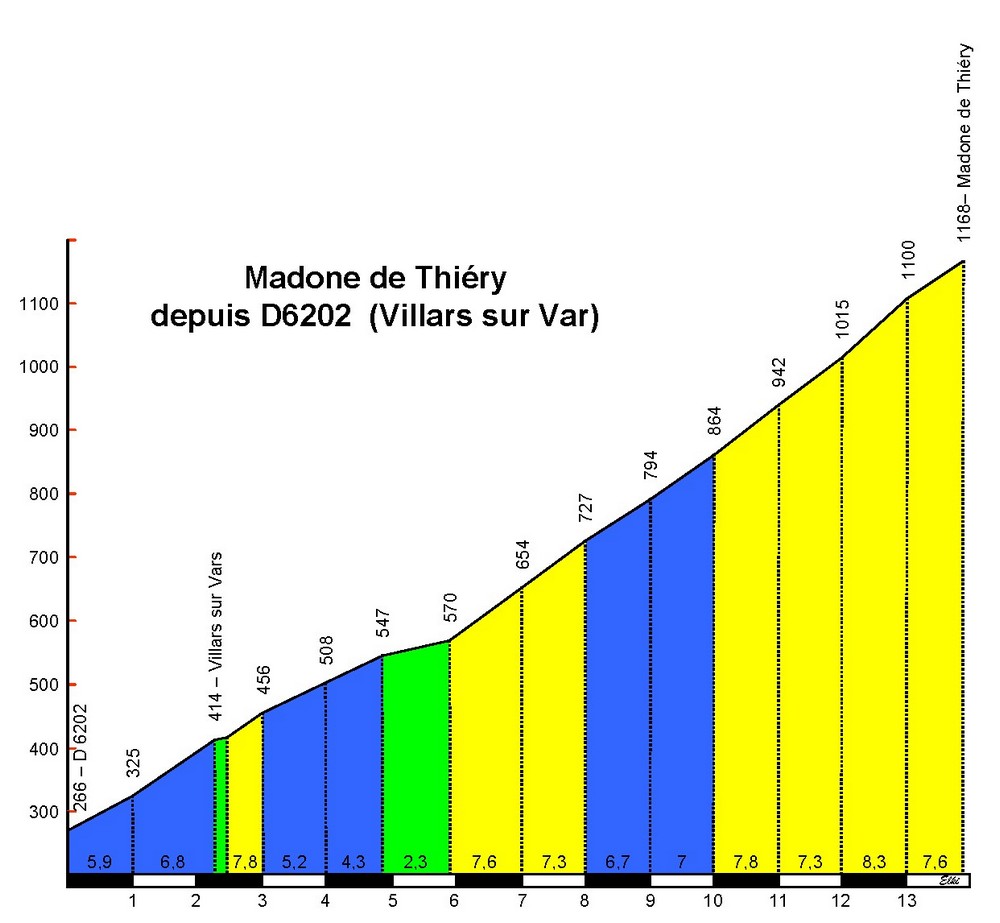