Hanging on in quiet desperation (is the English way). That lyric was going through my head for nearly the whole of today’s ride. Because I’d been hanging on with grim determination to keep up with the pace-setting Alan.

With the San Fairy Ann sportive less than five weeks away, Alan and I decided it would be a good idea to do a reccy of the 72-mile route and see how we get on.

I rode nine miles to the start at Marden. Both in emails and verbally before the ride, we had agreed to take it very easy and ‘not set any records’. So I was surprised to find, shortly after we’d set off at 10am, that we were bombing along at 20mph! We soon reached Hunton Hill and I found it really tough going. I knew we had done it slower than last year (turned out to be 20 seconds slower). Once at the top of the ridge we proceeded to cover the next 30 miles at an average of 17.5mph and some of that was into a southerly wind. When I say “we”, Alan was nearly always in front apart from a short period where I took the lead. I didn’t know how long I’d be able to keep up that pace.

It was probably a nice day. It was probably unseasonably warm at around 20°C, with a gentle southerly breeze. I say probably because I saw precious little of it. All I saw was Al’s rear wheel as I fought to stay in his slipstream. And that was on the progressively rare occasion when he wasn’t half a mile up the road ahead! At one point Al said “I didn’t mean to go that fast” – ha!

At about the halfway mark, with me flagging, Al asked if I’d rather cut it short and divert through Wittersham. I said no, I’d rather do the whole route but at a slower pace. OK. But then shortly after that, the idea of chopping off a ten-mile section seemed more and more appealing. So I chased after Al who was once again up the road and I took him up on his offer. So we turned right instead of left, cutting out a ten-mile loop and we now had the wind behind us. Shortly after Wittersham we stopped for a food break. I was glad to have some real food with me and ate some malt loaf and a banana.

The next 20 miles back to Marden were lumpier than we’d had so far. Most of it was spent with Al well up the road ahead of me – I had just run out of energy. Once we’d reached Marden, I left for the eleven-mile homeward trip. I had an average of 16.1 mph showing on the Garmin so I made an effort to retain that by the time I got home. I was doing pretty well when, two miles from home, I just had to stop. I pulled over and ate some fruit loaf and just took in the peace of the moment. It was warm with a hazy sun and skylarks were chirping high overhead – a lovely Spring afternoon. 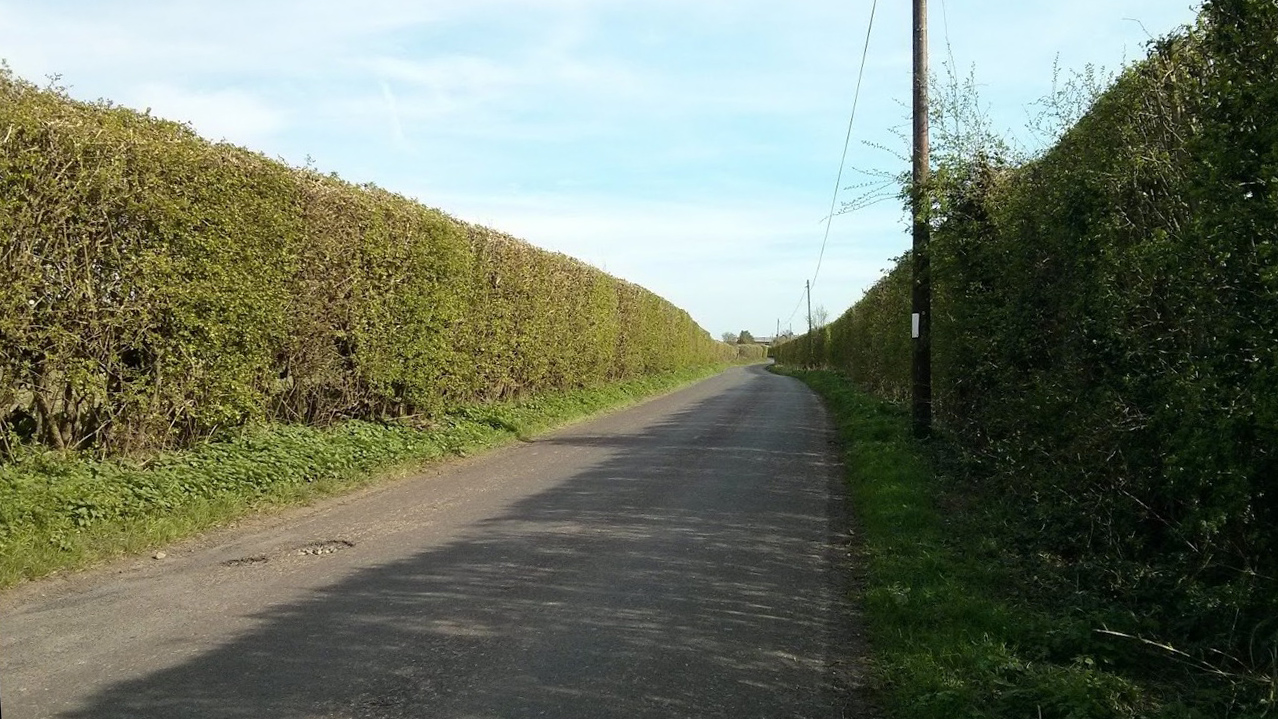 I rode the remaining two miles and had managed to keep the 16.1 average. I was totally knackered. This ride was another indication of my relative lack of fitness – the result of taking three months out without a single ride!