It wasn’t warm out so I wore longs, a merino base layer, roubaix long sleeved top, winter gloves, wooley snood and skull cap!

Report coming from the top of the climb to Auvare. I stopped just once, purely to take off my gloves and skull cap. I was way too hot. I had a banana as well. 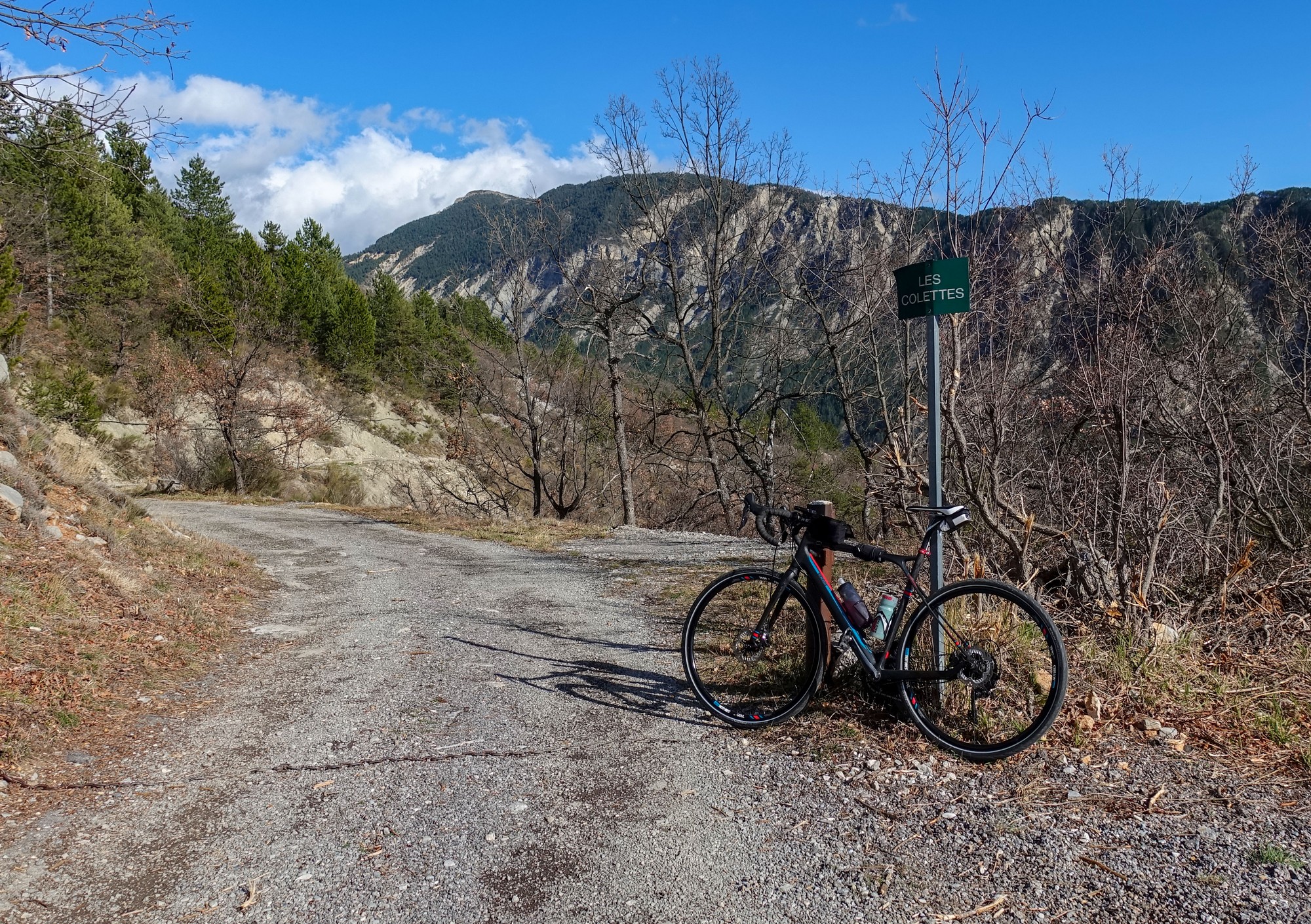 I was much cooler without my skull cap and gloves on, but the wind is definitely chillier here at the top, and the sun is only on me sometimes, especially in the direction I’m going. I counted the bends on the way up this time. There were 56 bends. That explains why this climb feels like it goes on forever. I only counted bends where you would slow down if you were descending. I counted in French, to get some practice.

As I was coming past the goat farm, two cars coming down gave way to me at a narrow part of the road. Each driver wound their window down and said well done and wished me luck as I panted by them. In the UK they’d be more likely to have pushed me off my bike. So now I’m at the gravel path that I’ve arrived at twice before with the intention of going down it. The first time, I hadn’t been expecting it to be gravel and decided against riding it on my Colnago. The following time was on Tuesday, when I declined it because the weather was moving in and I just got back to base before the rain came. So this is the third time – third time lucky I guess. I’ve put my gloves back on. Here I go. 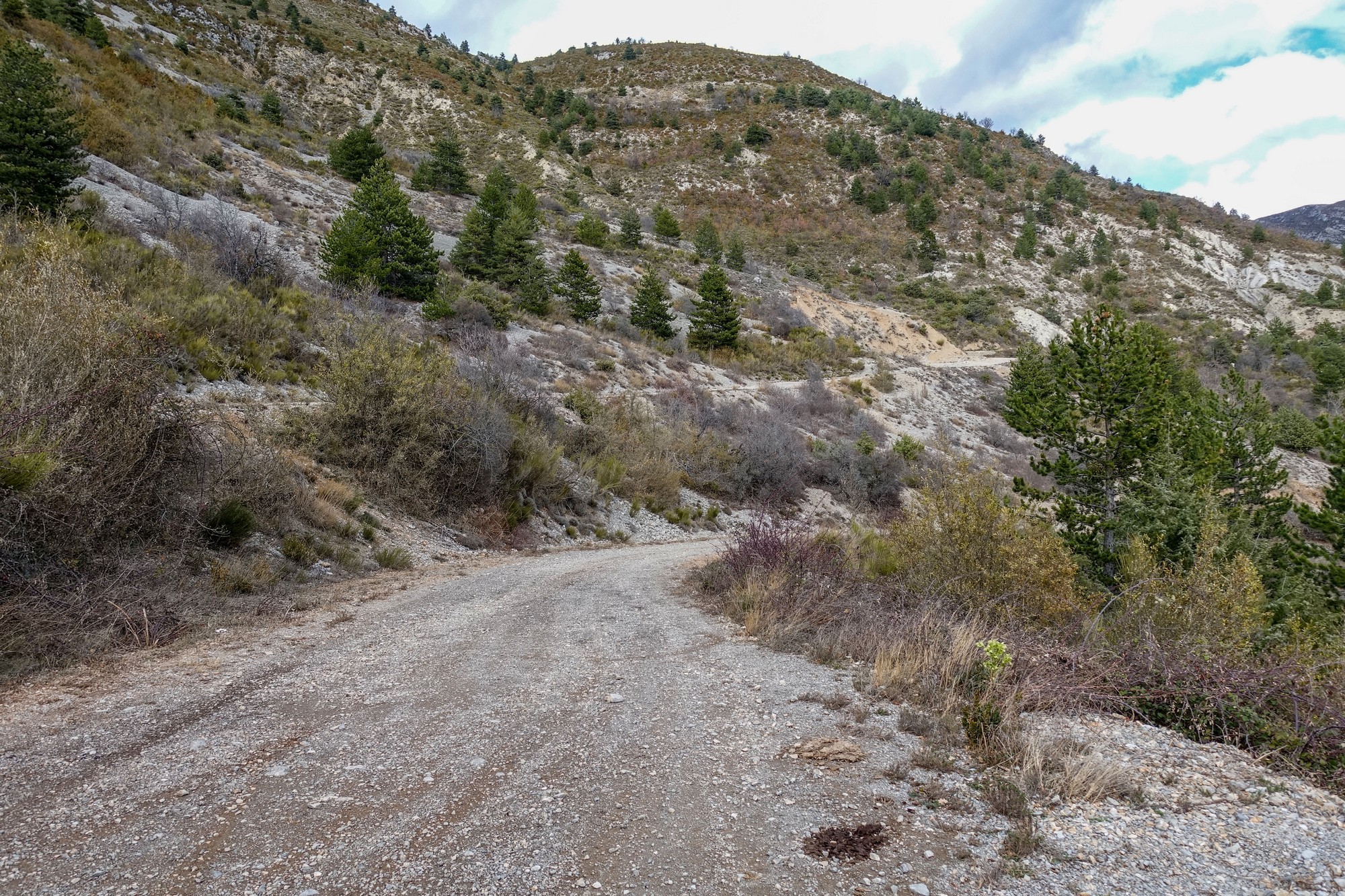 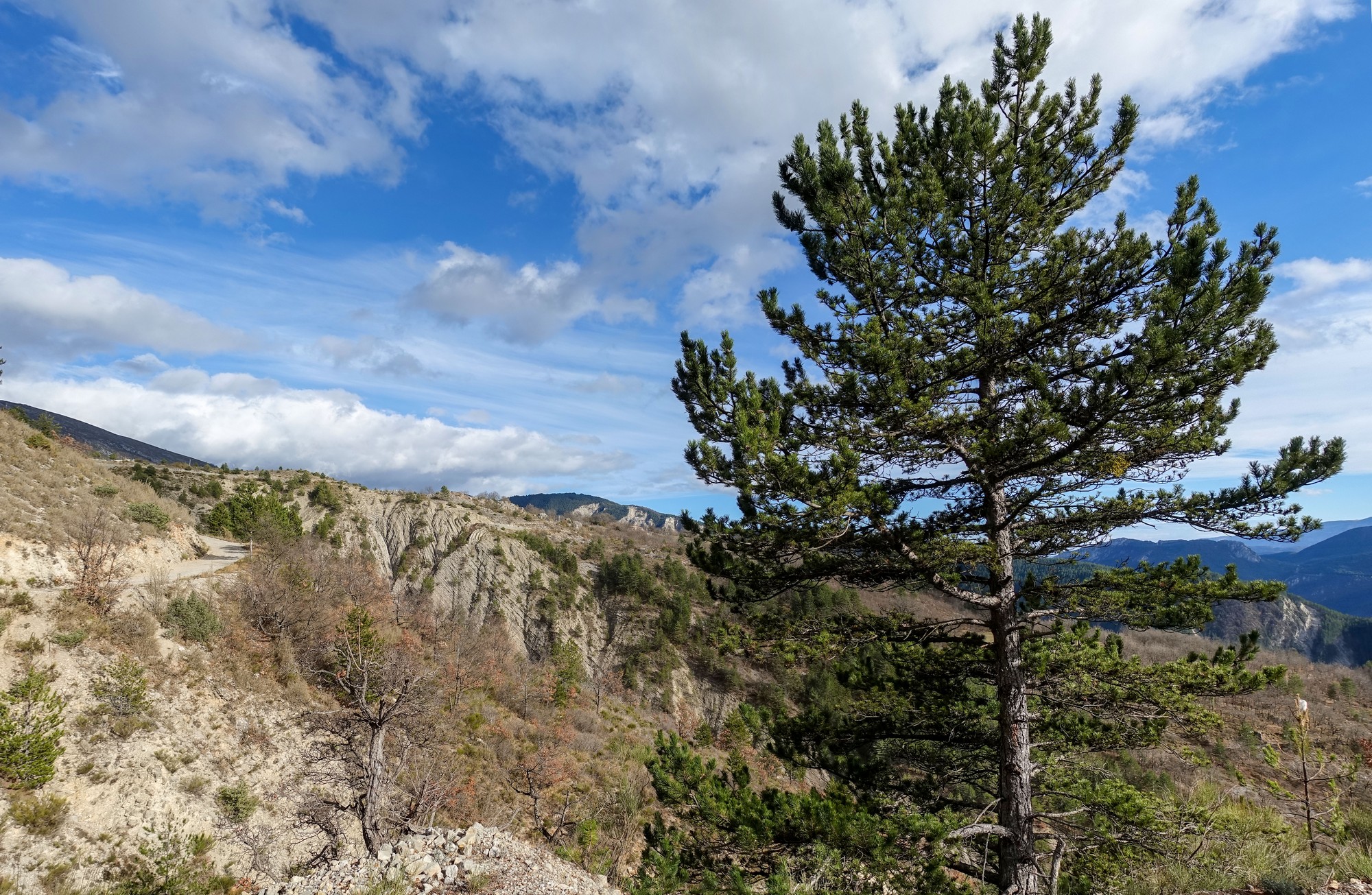 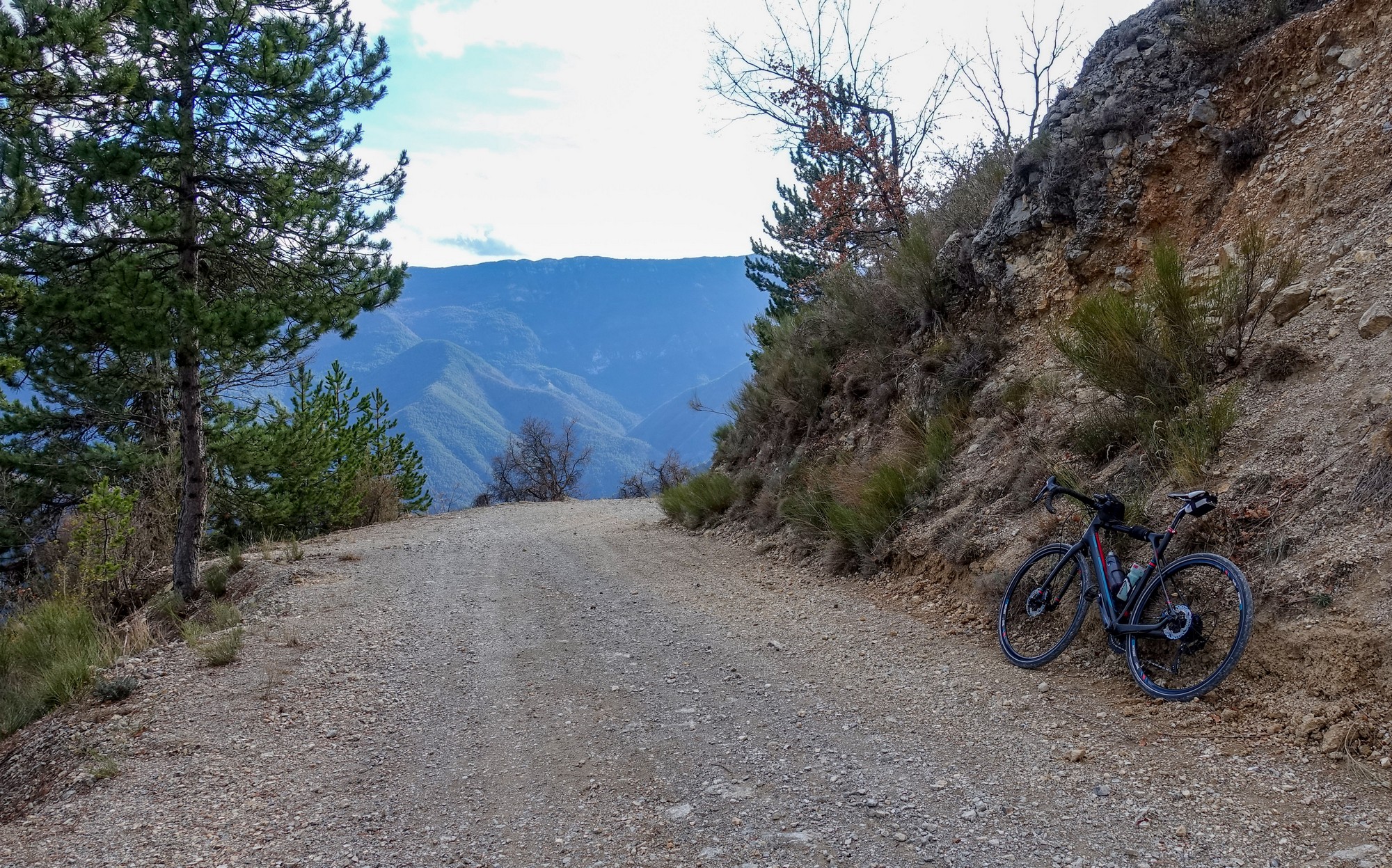 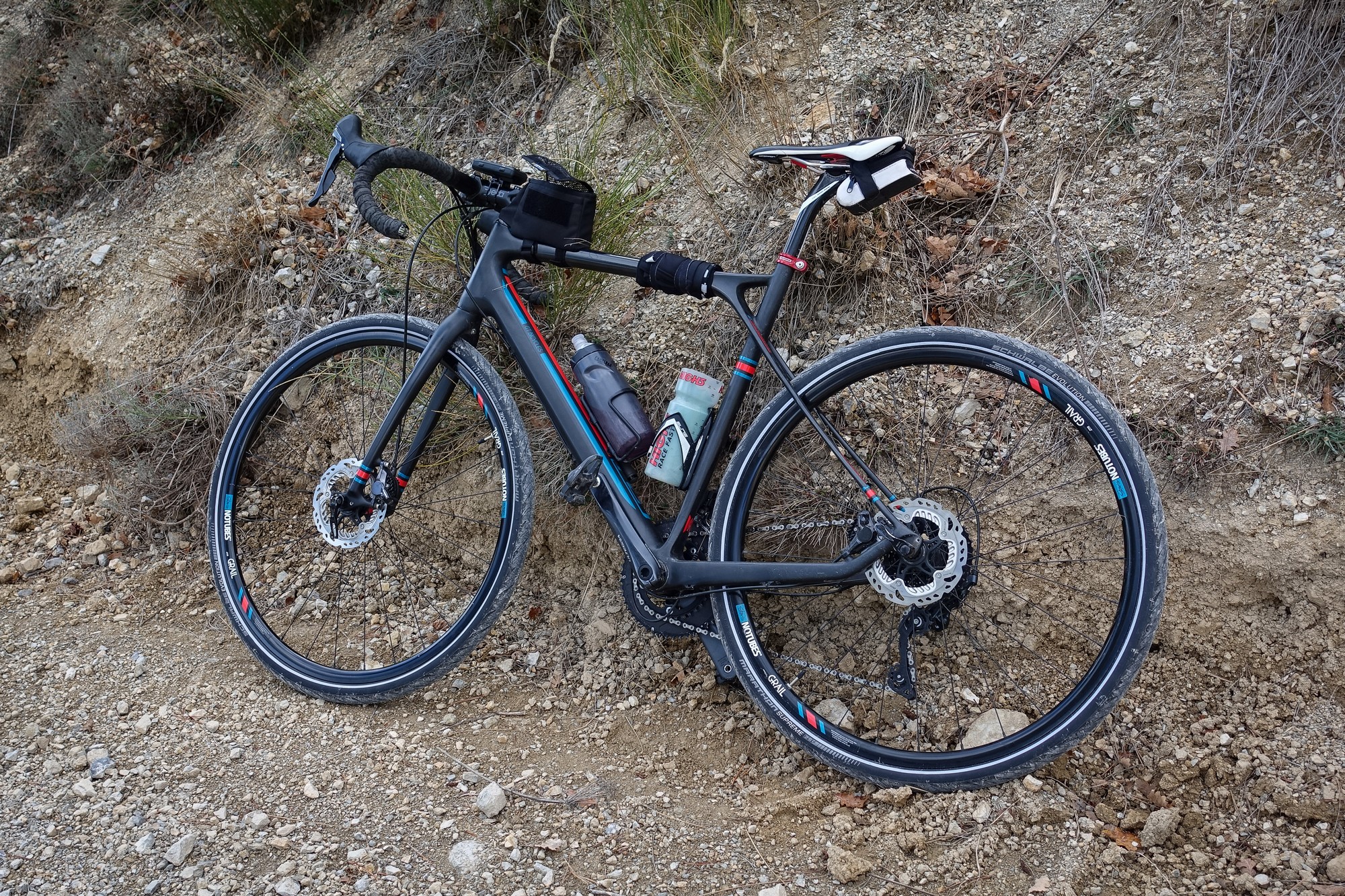 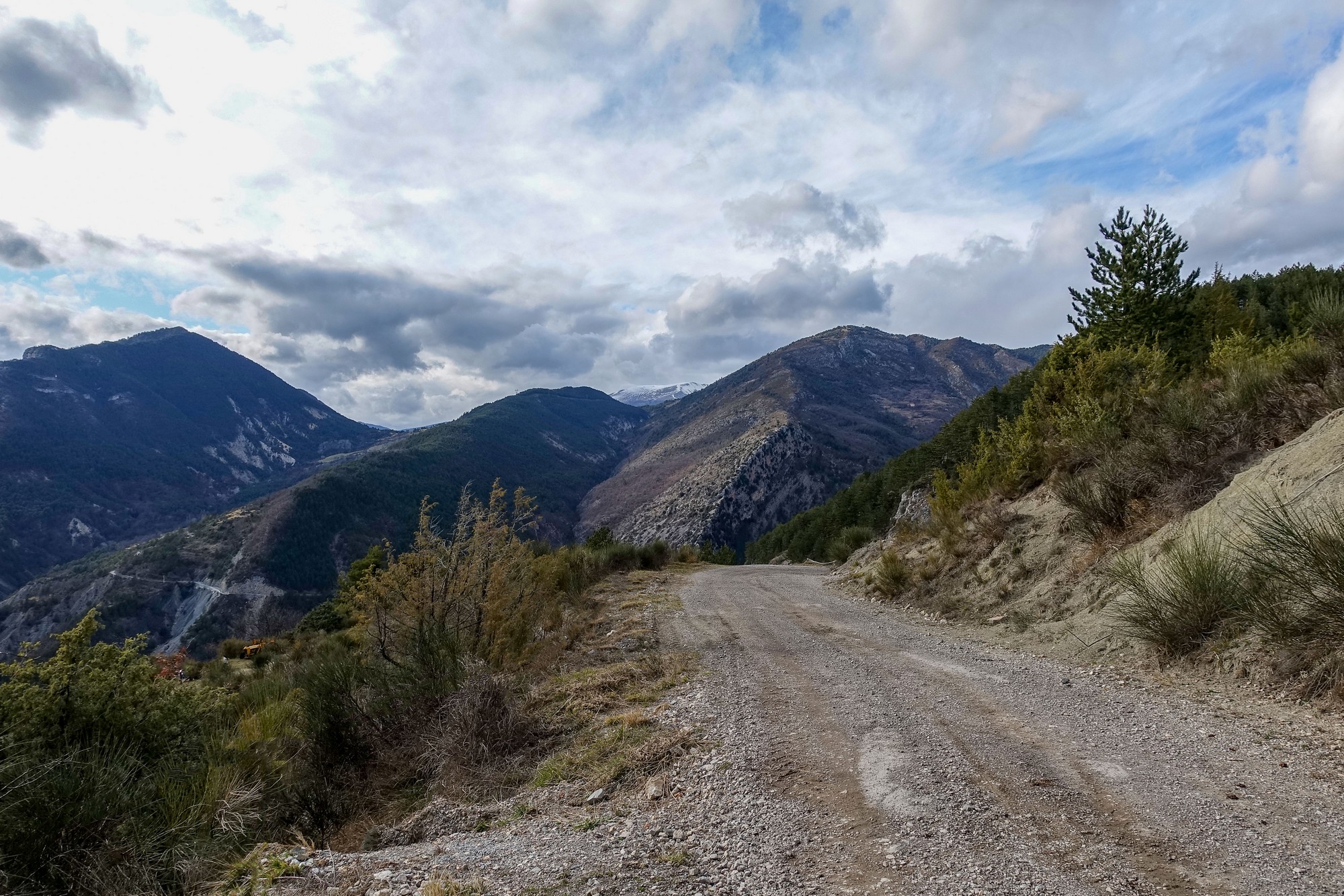 When I bought a gravel bike I think I had imagined that somehow it would almost float above the gravel, gliding along in comfort. The first bit of this track was very stony and that was extremely tricky to ride on, especially when I hit deep patches of big stones – that’s when it’s difficult to keep on track. But it was all manageable. Essentially, the Grade is still a road bike, albeit with a more relaxed geometry and the slightly fatter tyres. It’s no mountain bike. I could have done this track on the Colnago, but it would have been trickier for sure.

It was interesting being out in the middle of nowhere on a track like that. All of that gravel section was downhill, so I was going very slowly, always on the brakes, dodging between the larger stones and ruts, always with a shear drop to my left or right to keep me on my toes! The average gradient was 7.6%, but the first section was steeper at 10%. I wouldn’t fancy climbing it. 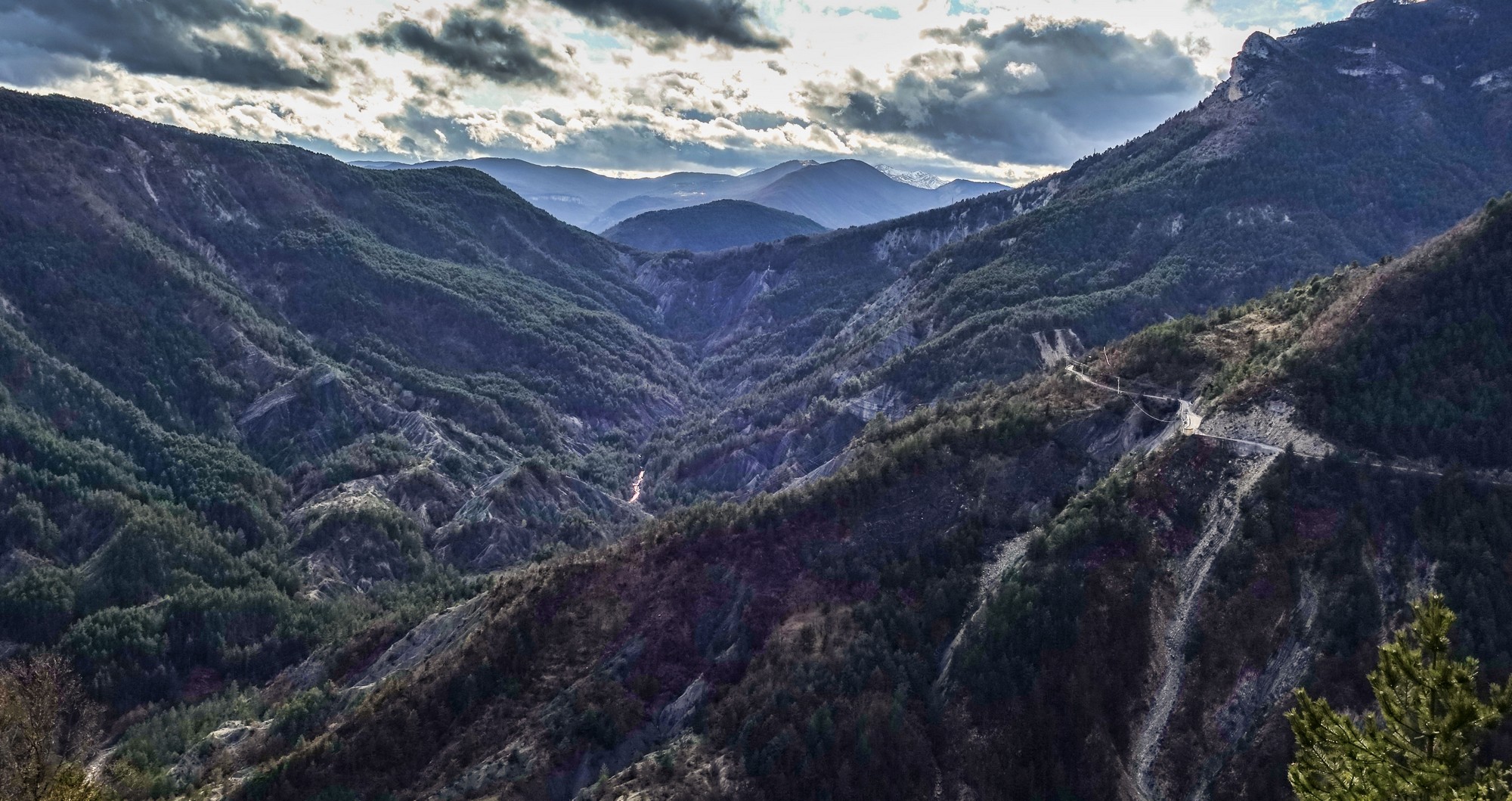 Further down I began to see vehicles by the side of the track and that gave me confidence that the rest of the track wouldn’t be too bad.

The surface became more compacted and that was much easier to ride on.  It was then I realised that it was more comfortable than if I’d been on my Colnago. Most of The descent wasn’t in the sun and I was getting colder. Eventually I saw a sign to La Croix.

I had a quick look but it was just a footpath I think and wasn’t on my planned route. 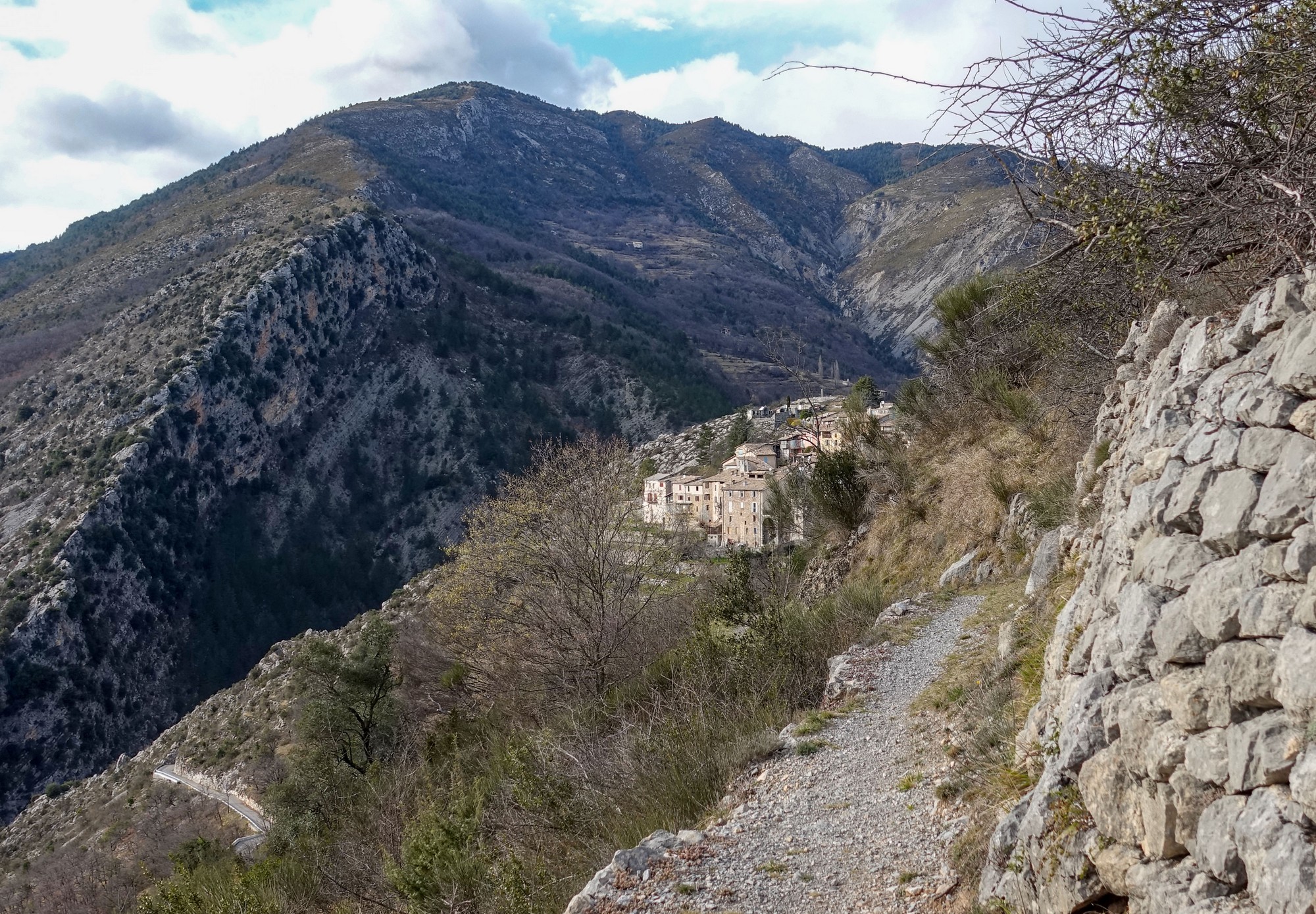 Shortly after that I saw the tarmac road ahead.

I must admit I was very pleased to see a proper road. By this point I was very cold and I put my my skull cap back on. I knew by now that I wasn’t going to do the rest of the ride to St Léger. I was running out of daylight and I was just too uncomfortably cold to carry on, especially seeing a lot of the rest of that ride would be in the shade. So I descended to the bridge and got some photos on the way down 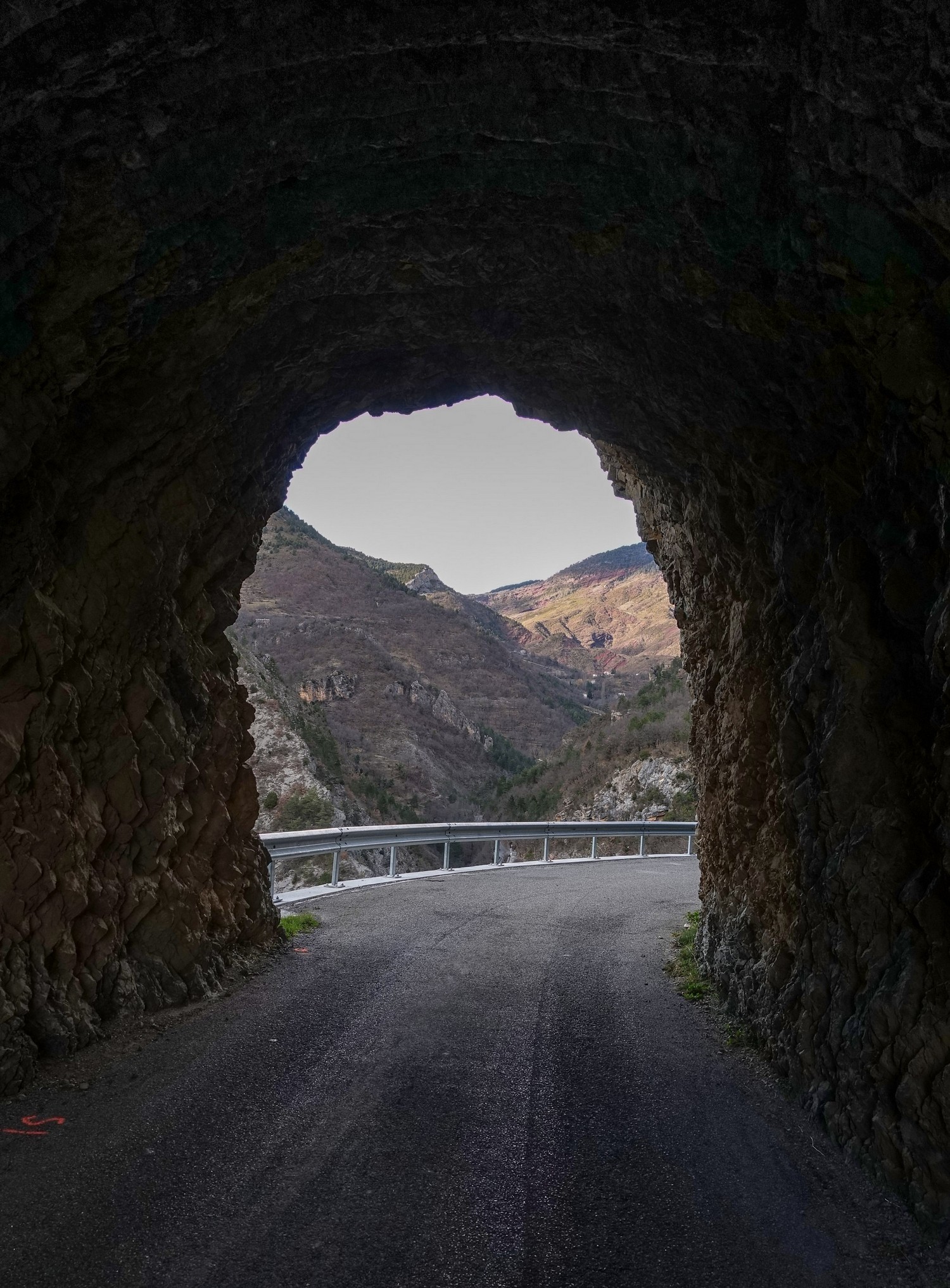 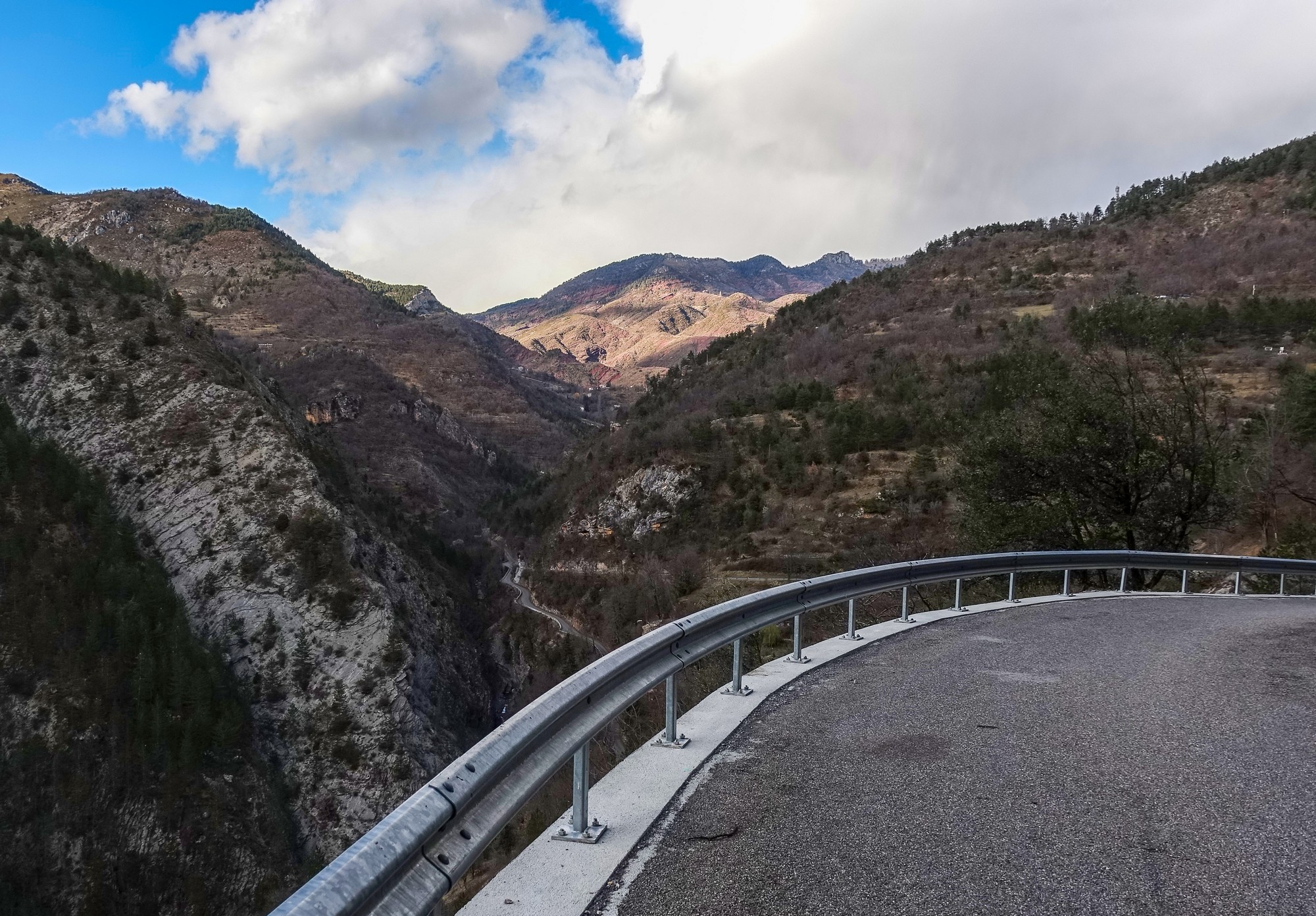 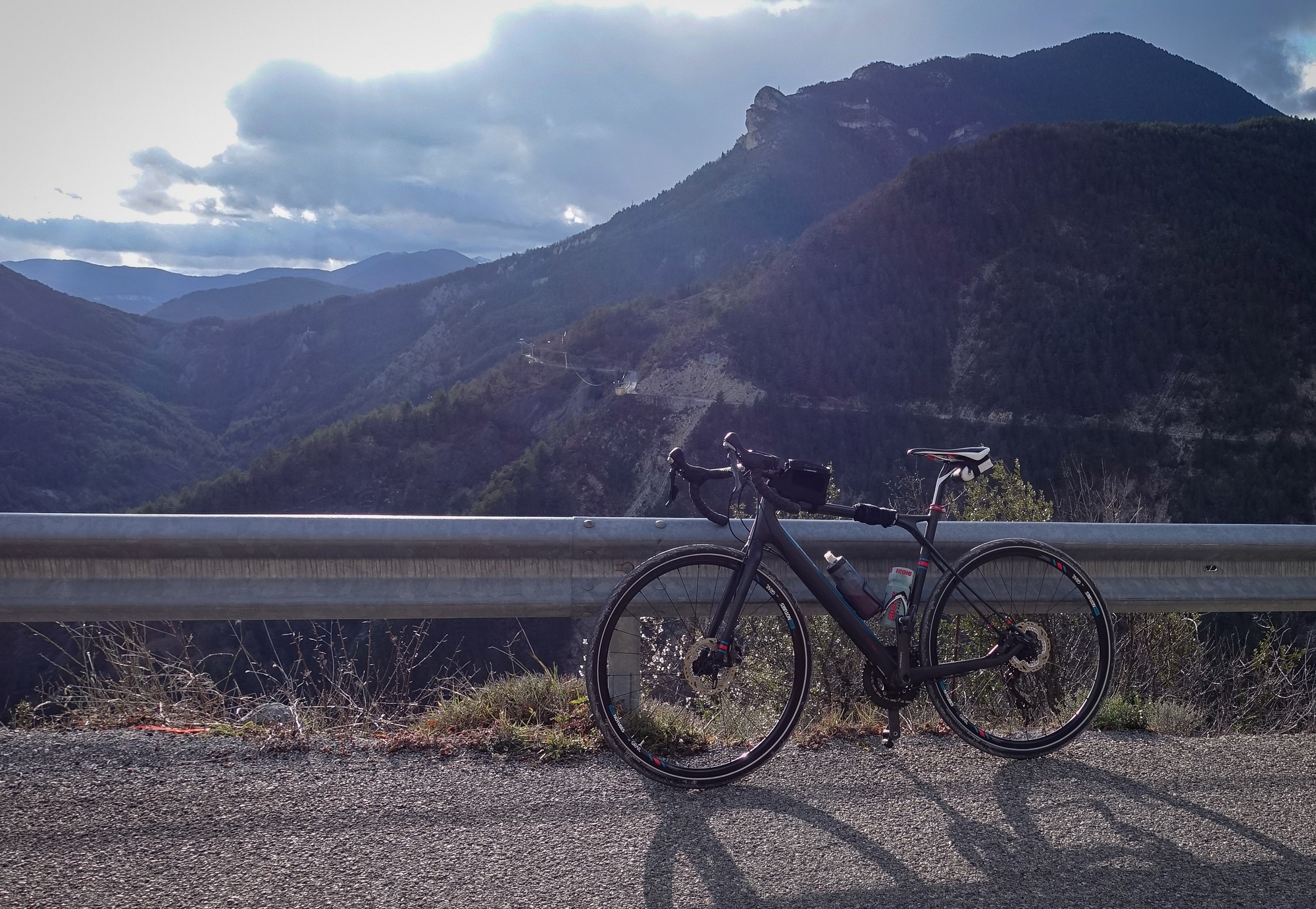 Maybe because there were fewer trees around, but that gorge looked even deeper than before. 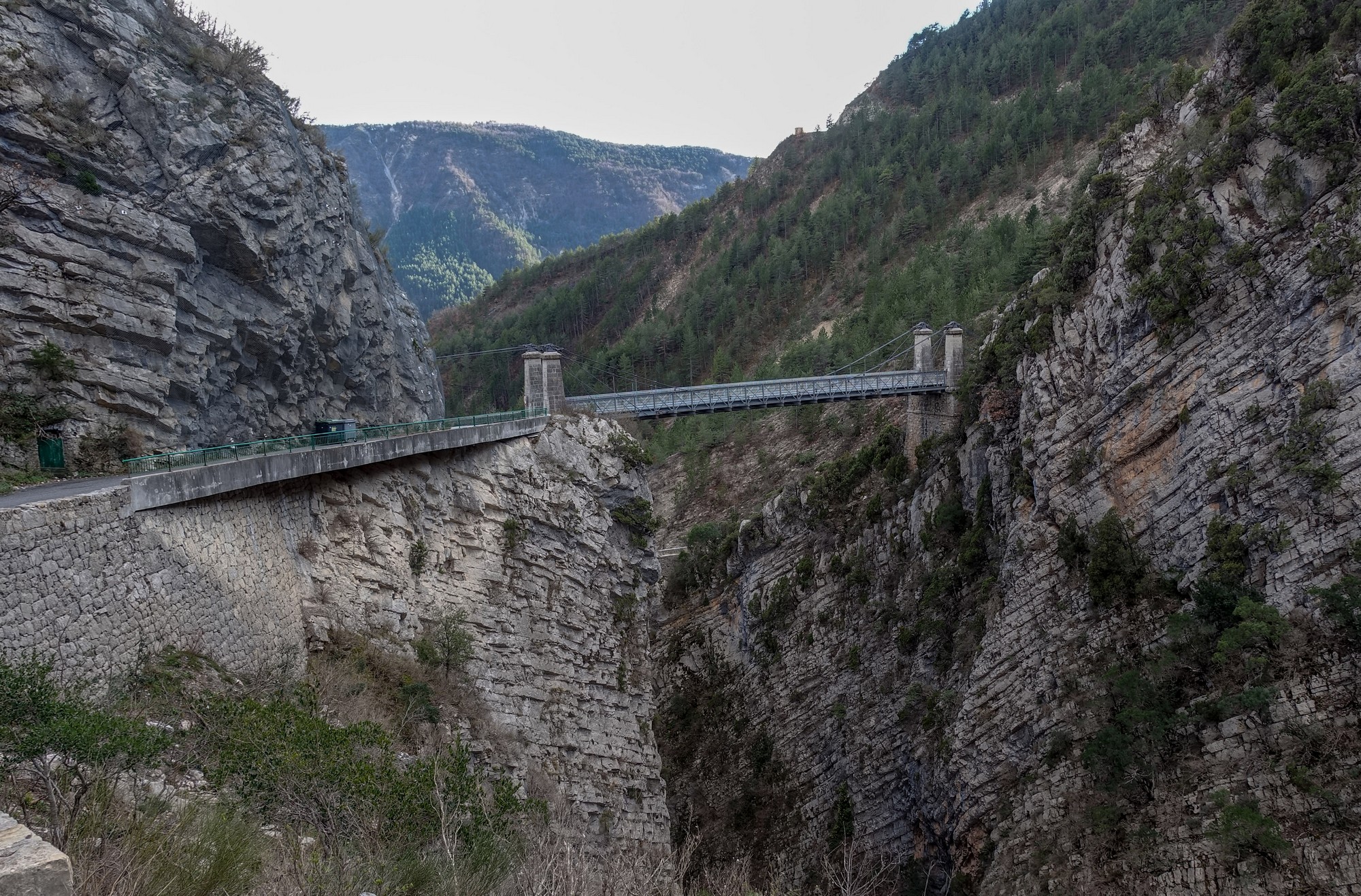 The river Roudoule has carved it’s way deep down in the rocks. 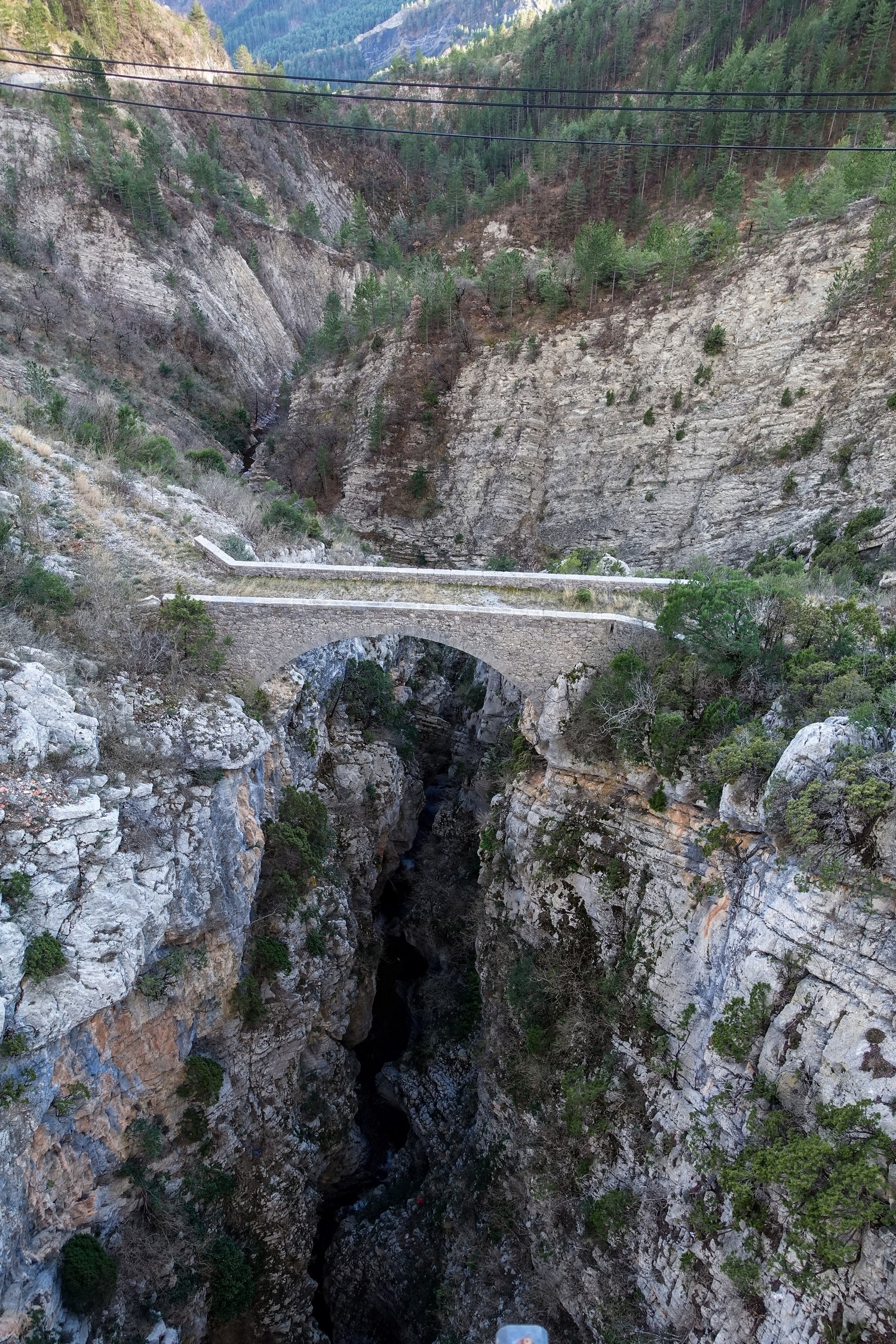 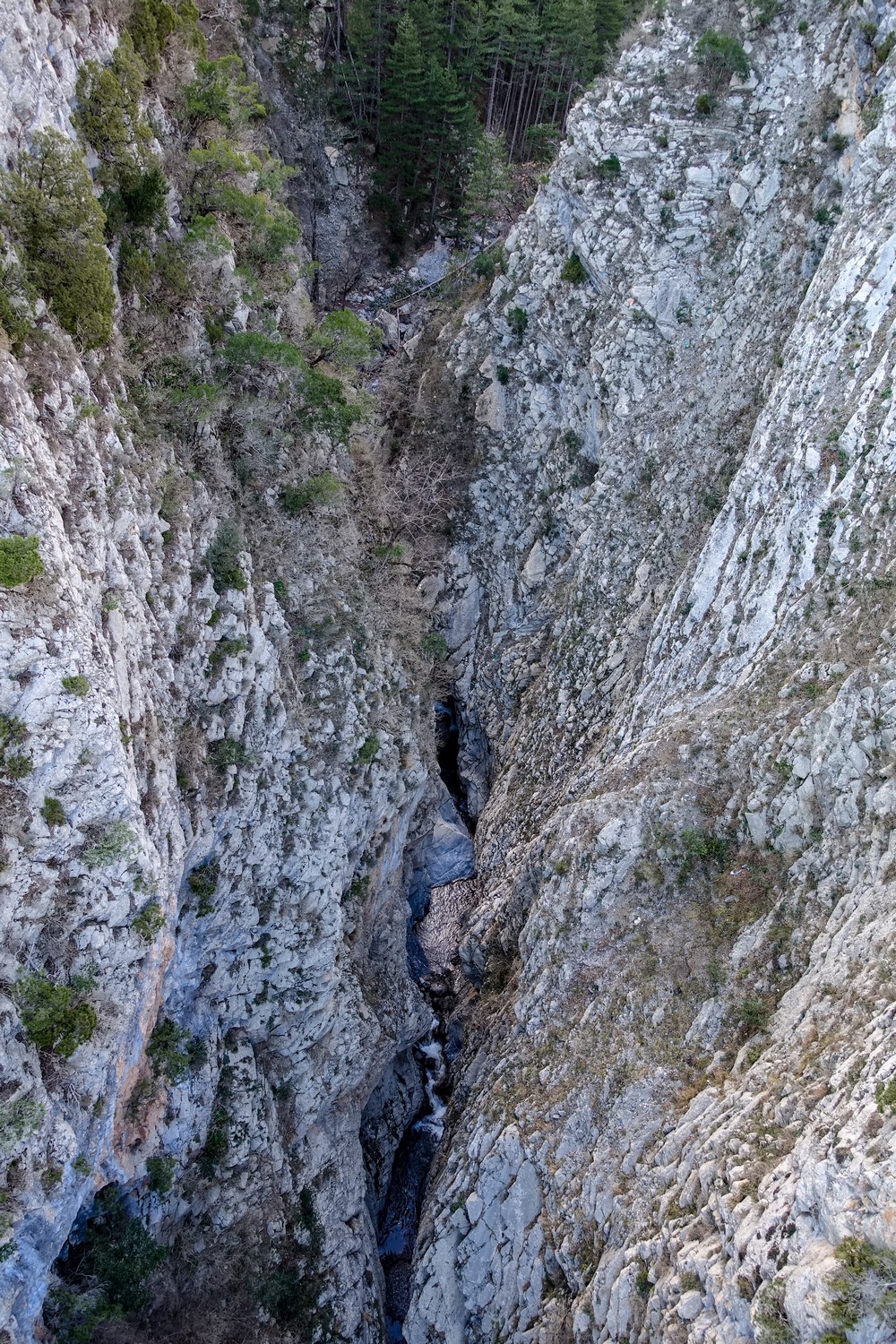 It’s easy to imagine how you can get underground rivers. I finished off with a cold but easy descent. Very twisty and sunny but great with the disc brakes and new bike. A big advantage of disc brakes is that you can ride with your hands on the hoods and still get plenty of braking power. I came into a sleepy Sunday afternoon version of Puget, where all that anyone seemed to be doing was walking their dogs.

When I looked to the west, where the sun was going down there were some big black clouds bubbling up near the horizon, so I’m glad I hadn’t done the rest of the ride in that direction. 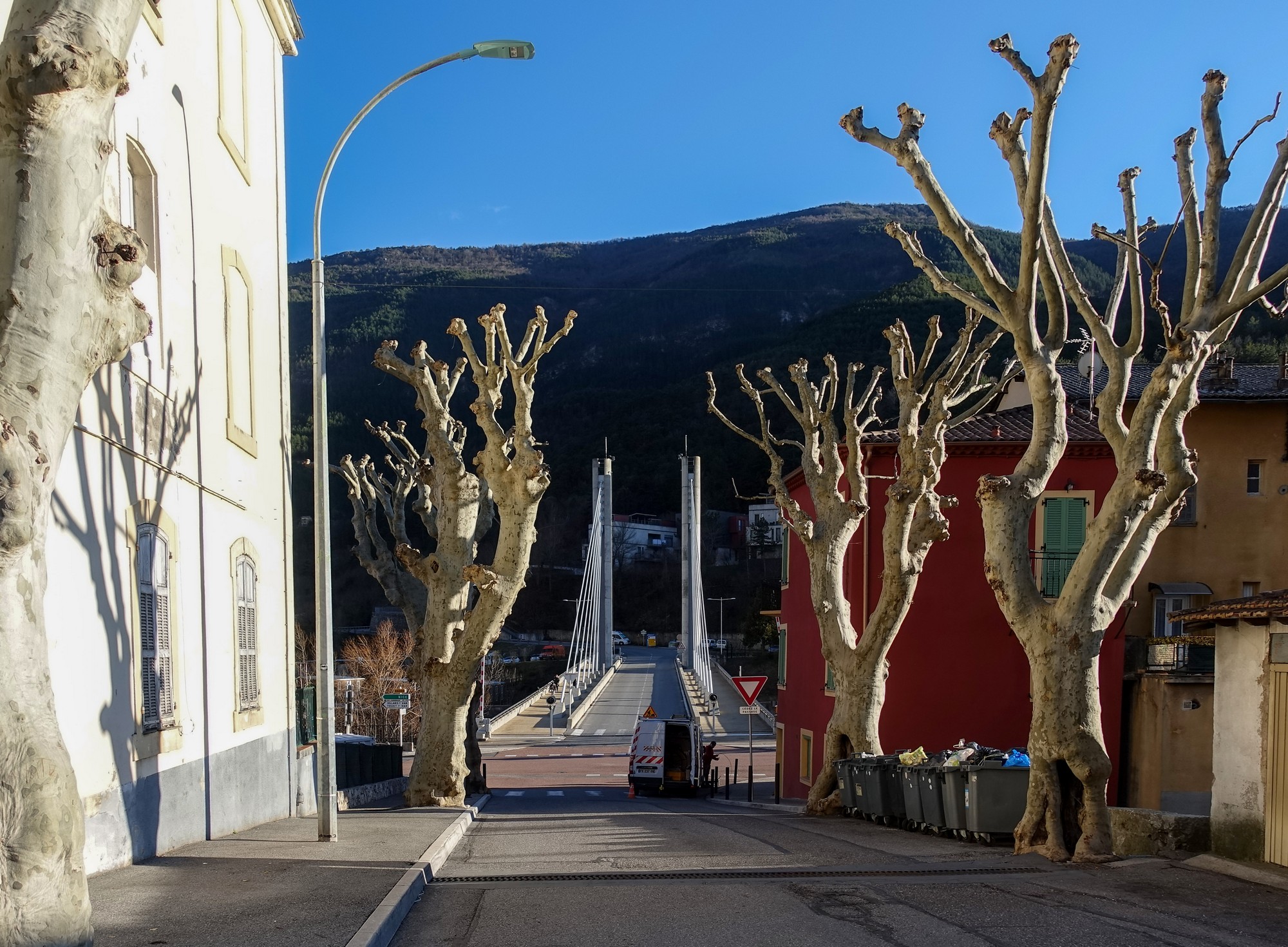 When I got back, my hands were cold, so I was glad to get in the warmth of the van. Weather app says 11ºC / feels like 5. I would concur with that.

2 Replies to “Gravel at last”