I’m glad that me and Al decided to re-visit the Friday Night Ride to the Coast (FNRTTC) to Whitstable, four years after we had first tackled it. See here for details of that earlier edition, including video. This time, with the benefit of prior experience, I really understood the nature of this event and consequently enjoyed it more. I’ll explain later.

Same as before, I rode to the start. This time the start was on the South Bank, next to the BFI. I used the same route as last time as far as Lee, in South London, where I stopped off at my parents’ house for a cup of coffee and cake – thanks Mum and Dad! From there I used a different route to central London, cutting out busy Lewisham.

The weather was ideal. Probably high teens°C with a light SW’erly wind. I wore shorts, base layer under my top and arm warmers. I also wore my normal glasses, as opposed to cycling sunglasses, a technique I had first tried on last Sunday’s club ride. It enabled me to see my Garmin and most things more clearly. Unfortunately I discovered that they don’t work at night. It must be something to do with rods and cones. In the dark I could see better without them. So I left them on so that I could see the route on my Garmin, and looked over the top of them to see the road! The start of my ride caught the last light of the day.

Unlike last time, I didn’t particularly enjoy the ride to the start. It was OK but nothing special. I arrived at the start at just after 23:30 and met up with Al who had travelled there by train. 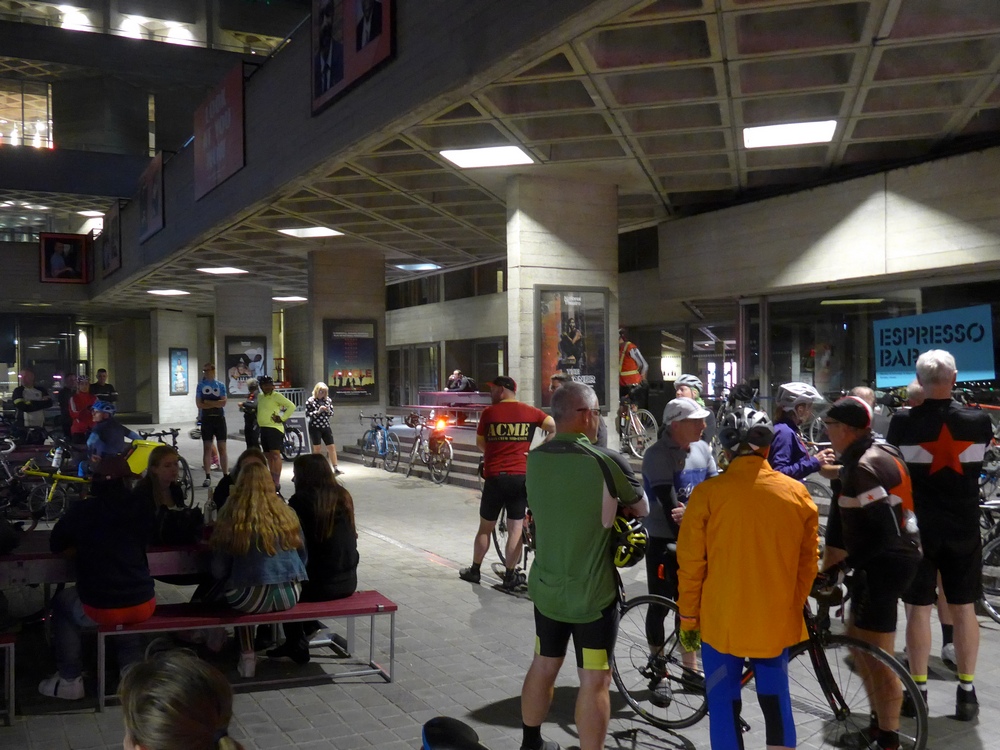 After a quick briefing all sixty of us set off at midnight. Inevitably it was slow getting through the first few miles. Traffic lights split the group on several occasions. There were many short stops to regroup. The route followed the River Thames through Bermondsey, Deptford, Greenwich and Woolwich. Even outside the clutches of central London the pace seemed slow, prompting me to comment that it was probably the pace of some of the slower groups in our club. And prompting Al at one point to say “I thought we said we’d never do this ride again”.

HOWEVER, as was pointed-out to all of us just before the start, this was not a sportive, not a race. It was more of a social ride, being taken on by riders of all capabilities on bikes of all types; a recumbant, tourers, hybrids, road bikes, a tandem and more. We were encouraged to chat to each other. And I began to embrace this notion. As before, there was ‘rolling marshalling’ whereby there was always someone at the front (Leader), always someone at the rear (Tail-end Charlie) and always various individuals waiting on each corner or turn-off to make sure nobody missed a turn-off. This was particularly important as the group would often get strung-out between stops, sometimes by as much as 20 minutes between leaders and tail-enders.

We often set a fairly good pace between stops. The stops were a chance to chat and meet other riders. It was quite easy to cool down a bit too much though through the inactivity.

We eventually arrived at the mid-point food stop at The Church of the English Martyr in Strood, at around 03:55. The church hall and kind volunteers accommodated us. I had a cheese and ham roll, a piece of fruit cake and a mug of coffee. Here I got chatting to a guy who had just completed exactly the same thing that I have been planning to do for the past few years – namely ride from North to South of France, staying at hotels, with the minimum of baggage. So I got quite a bit of useful advice from him.

At around 5am we saddled up and left for the second half, to Whitstable. I put my rain jacket on to keep warm. 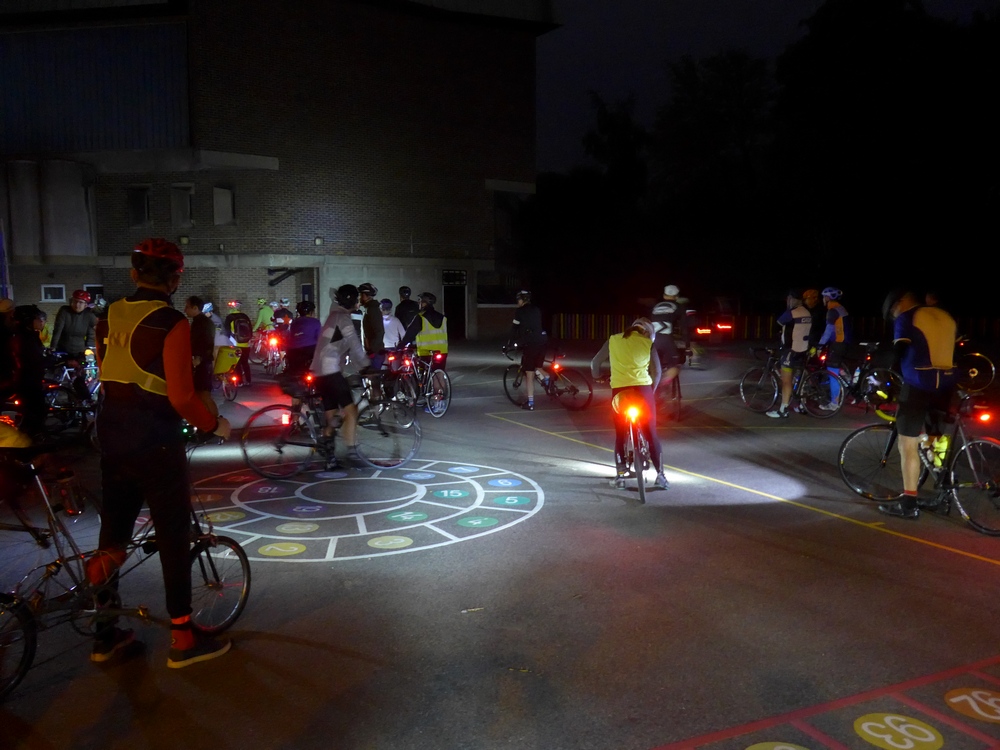 By now the early light of dawn was glowing in the east, towards which we were heading. Riding near the front meant that me and Al were often helping by stopping on corners making sure everyone didn’t miss the turn. This was a good way to see the other riders and also to get lots of thanks as they passed by. They were a very polite and friendly bunch! Once the tail-end Charlie had passed us, signifying that everyone was accounted for, we could get back on our bikes and make our way to the front again.

Keeping as close to the water (The River Medway, at this point) as roads would allow, our route took us through Rochester, Gillingham and Lower Rainham to Upchurch, where, once again, we stopped to regroup. This was another good chance for a chat. I remember having a conversation about whether a shape in a nearby window was a dog, a cat, or the outlet hose from a tumble dryer. I also overheard a conversation about Magnums being smaller than they used to be! Maybe we were all suffering from sleep deprivation by this point! 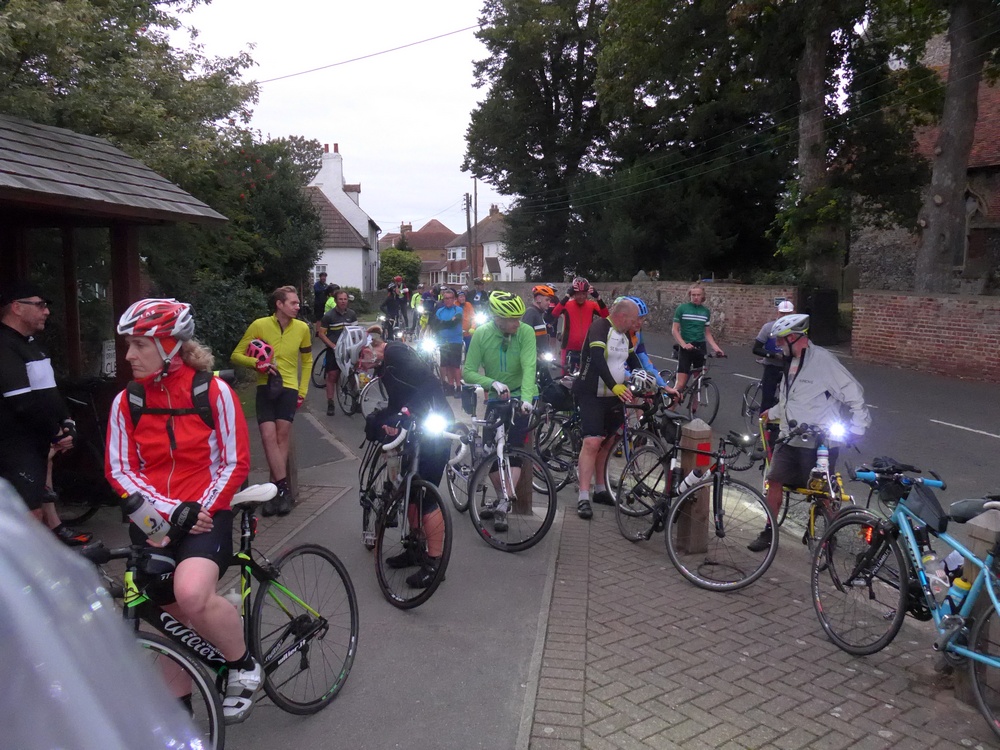 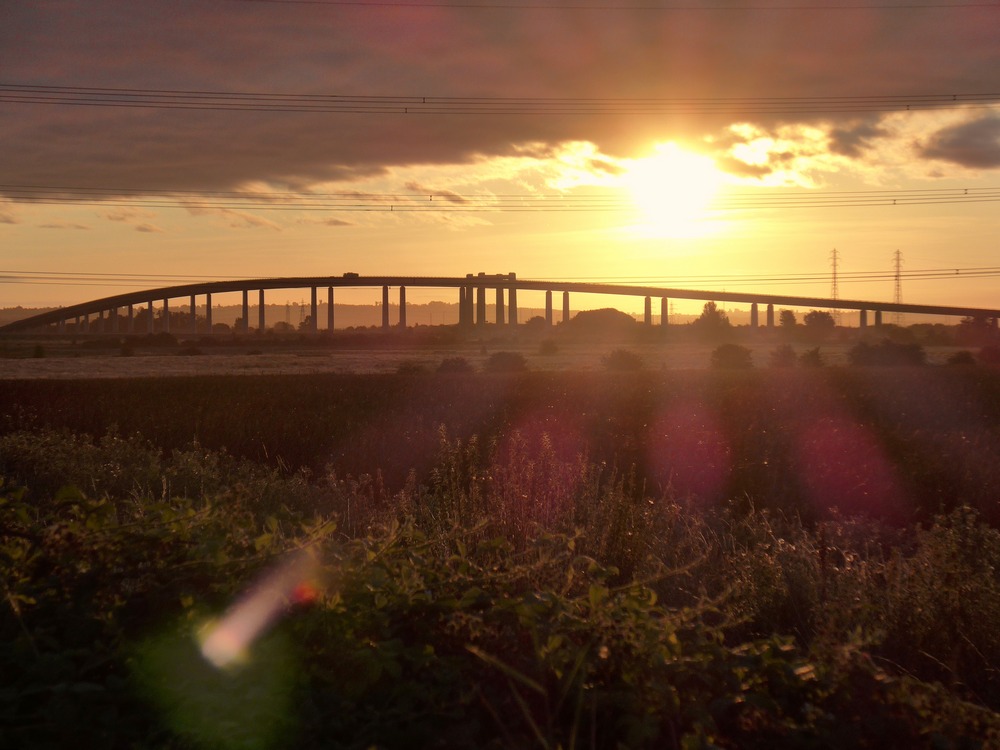 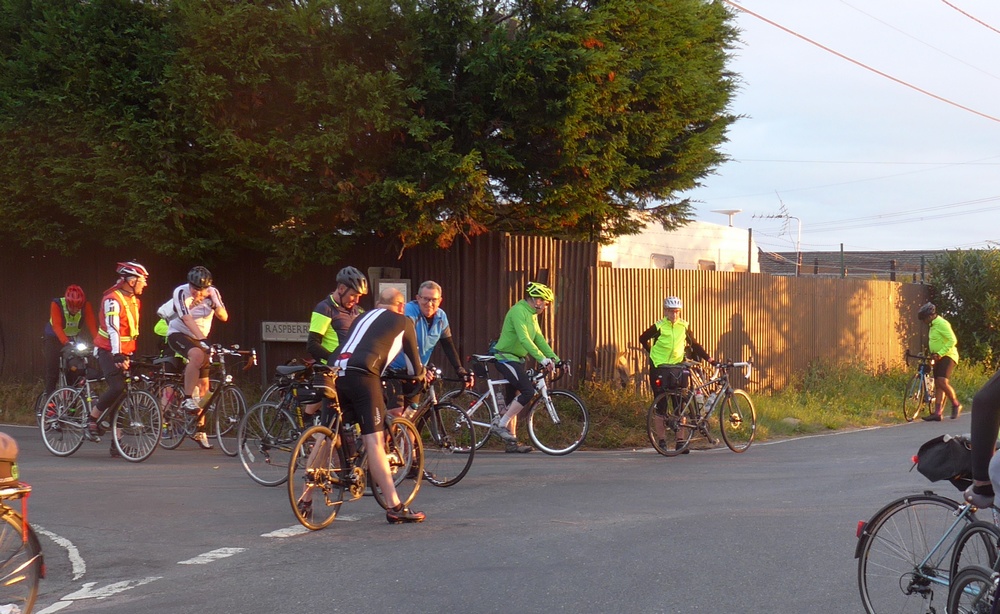 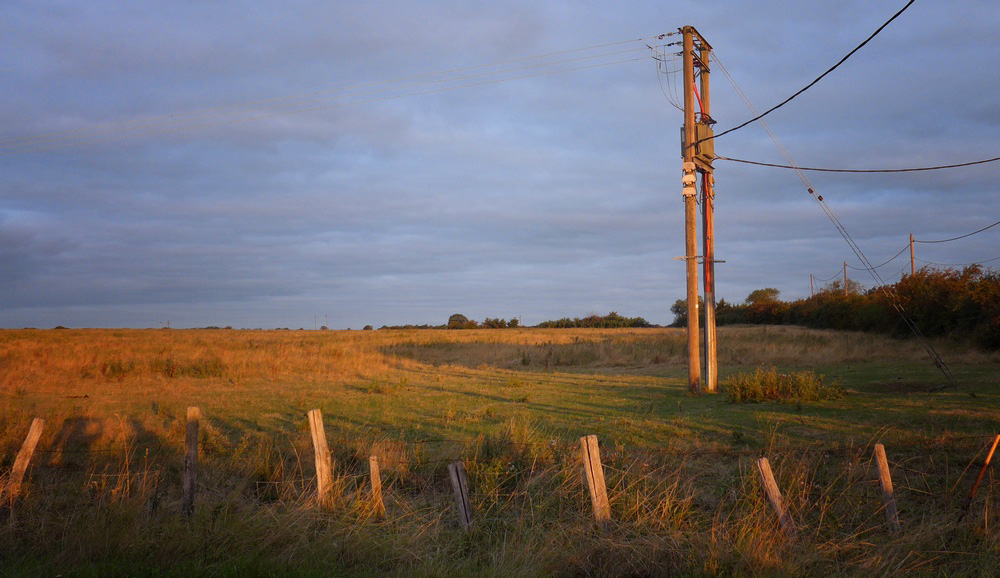 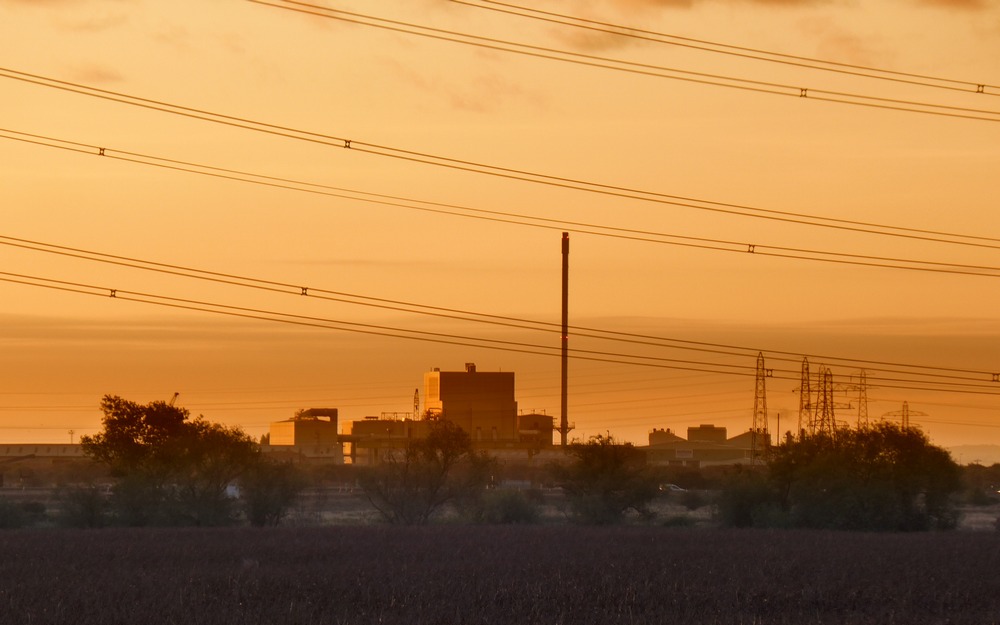 Ten miles later, through Kemsley, Tonge and Teynham, we reached Faversham for our final regroup. 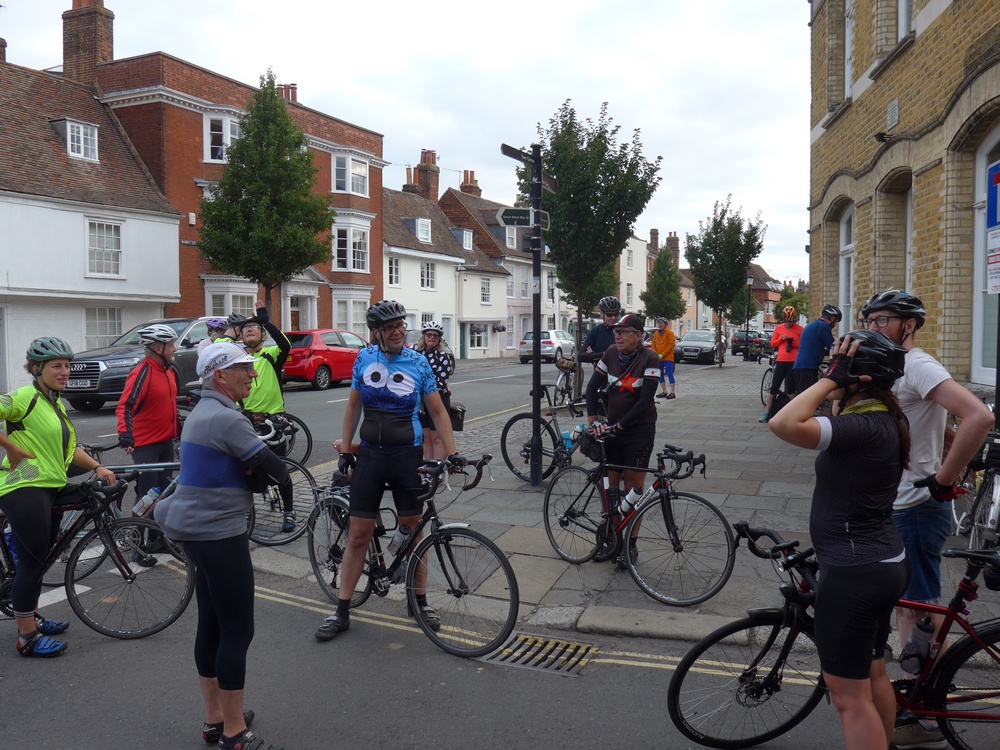 A mile or so outside Faversham we paused again for the leader to let us know that for the remaining seven miles of the ride we were free to go-for-it in the mad dash to the café across the Graveney Marshes. A group of 5 or 6 riders and me and Al did just that. Al made sure he stayed with the group and I hung on to his wheel for grim death! There was no way I was able to pass. We averaged 22 mph over the seven mile stretch.

The reward was being first at the café, The Whitstable Waterfront. 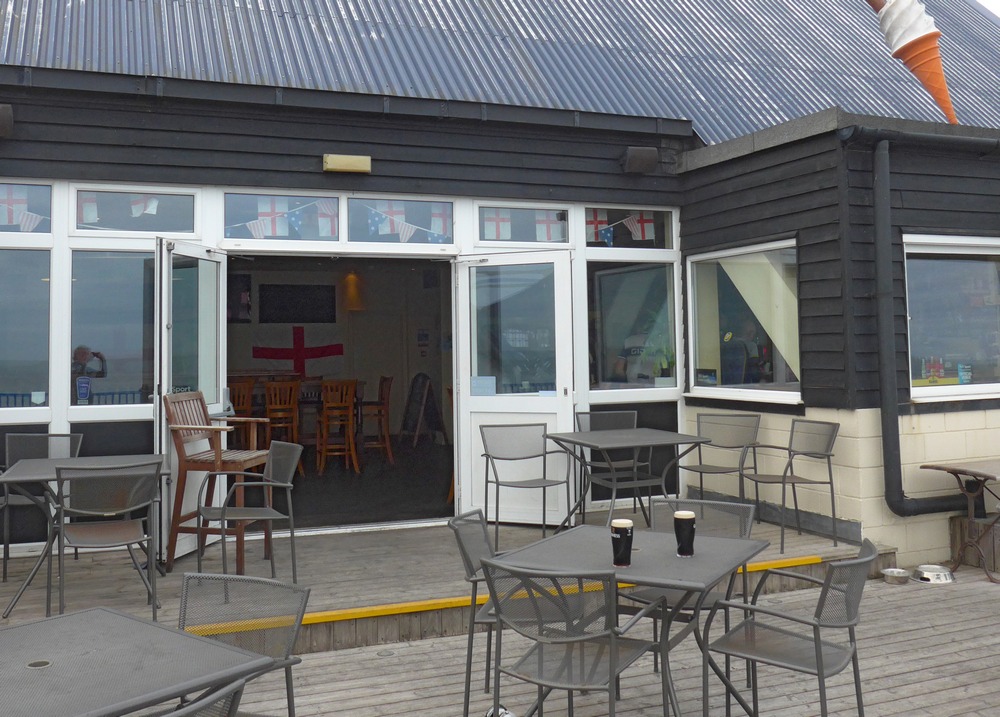 The manager was there to greet us, “Did you have a good ride lads? Welcome to the pleasuredome!” as he gestured us through the doors. And that’s exactly what it felt like as we all headed to the bar to order beer and breakfasts. 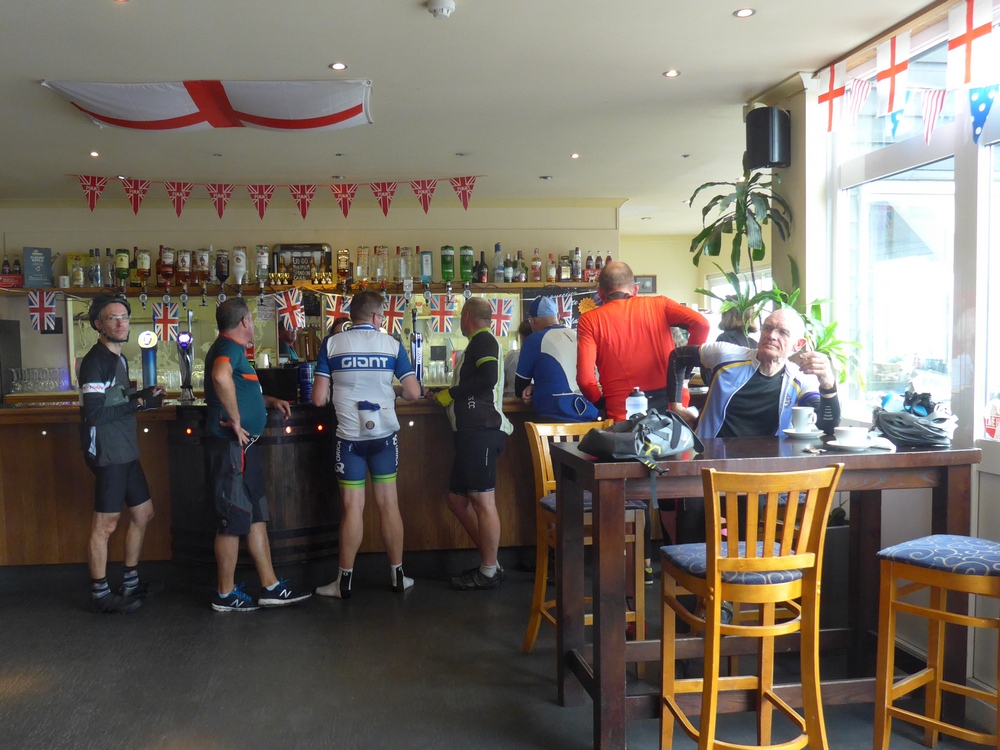 Foregoing the beer, I enjoyed an amazing Full English Breakfast. 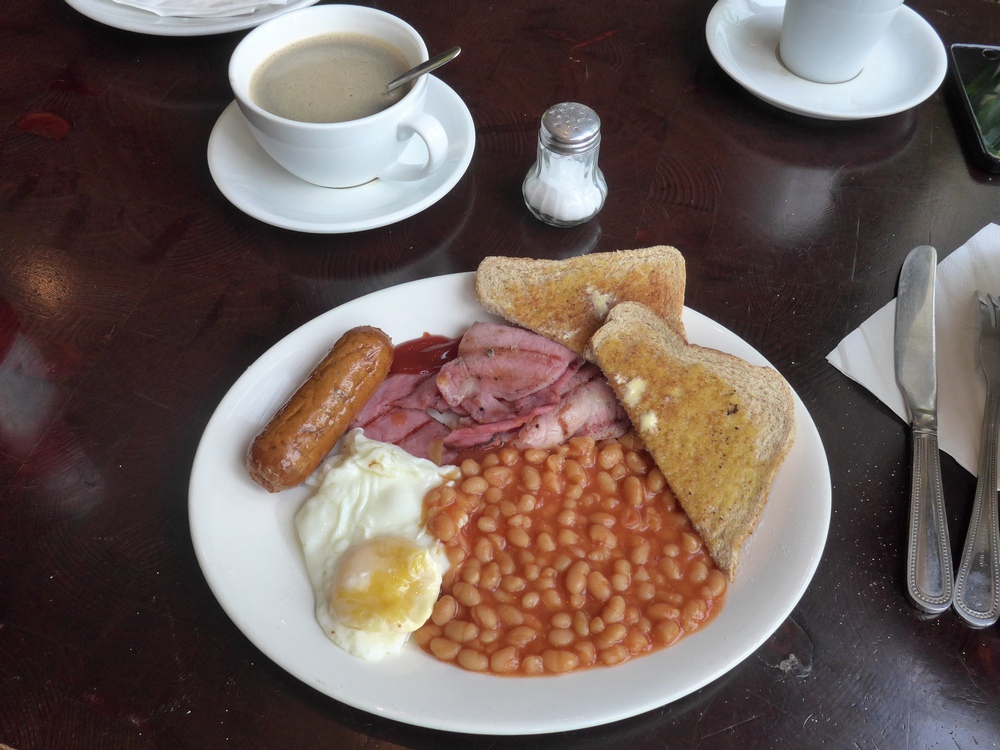 “The occasion maketh the experience”. No, that’s not Shakespeare, I just made it up! Like the time I had my first wheat beer at the top of a Bavarian mountain in the heatwave of 2003, or the time I had a Twister after sweltering on the bike in 30°C+ temperatures. And now this FEB coming after riding 105 miles through the night, having sprinted the last 7. It was just what I needed and tasted all the better for that. 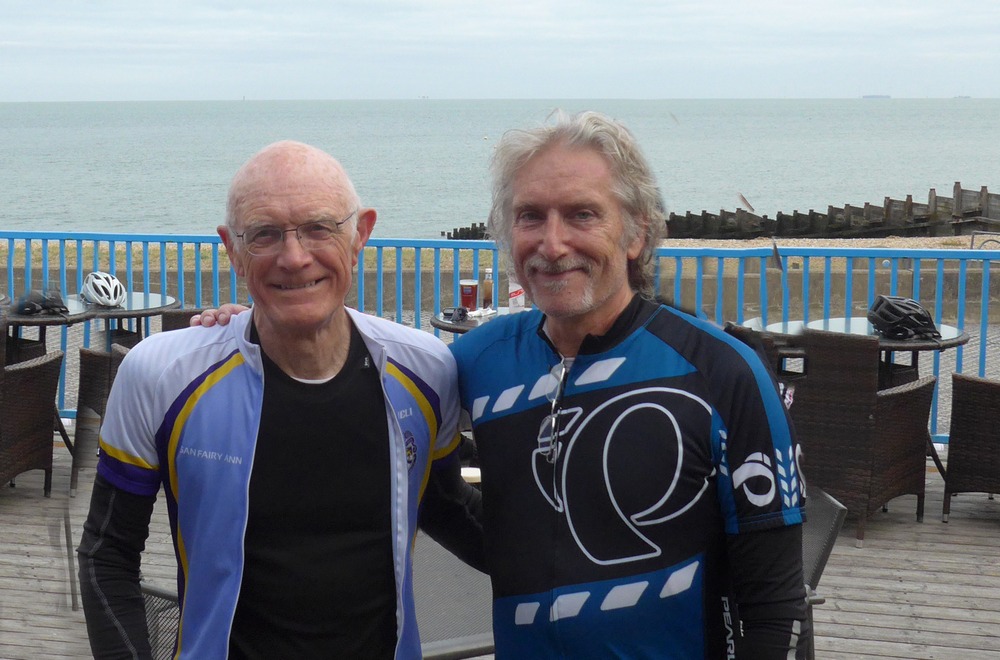 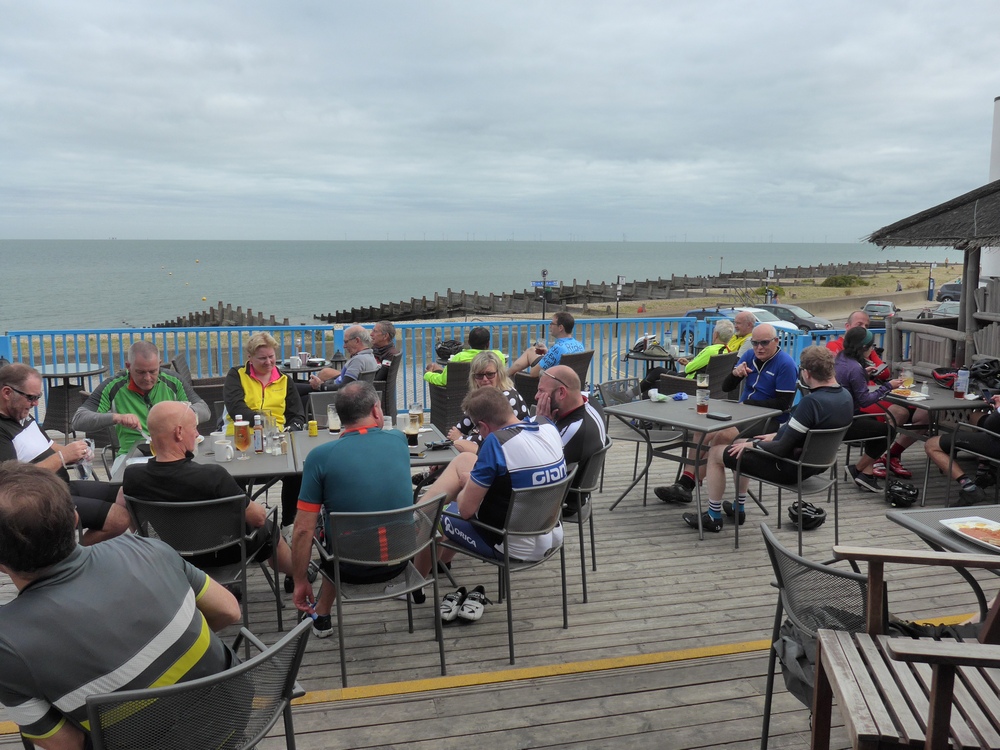 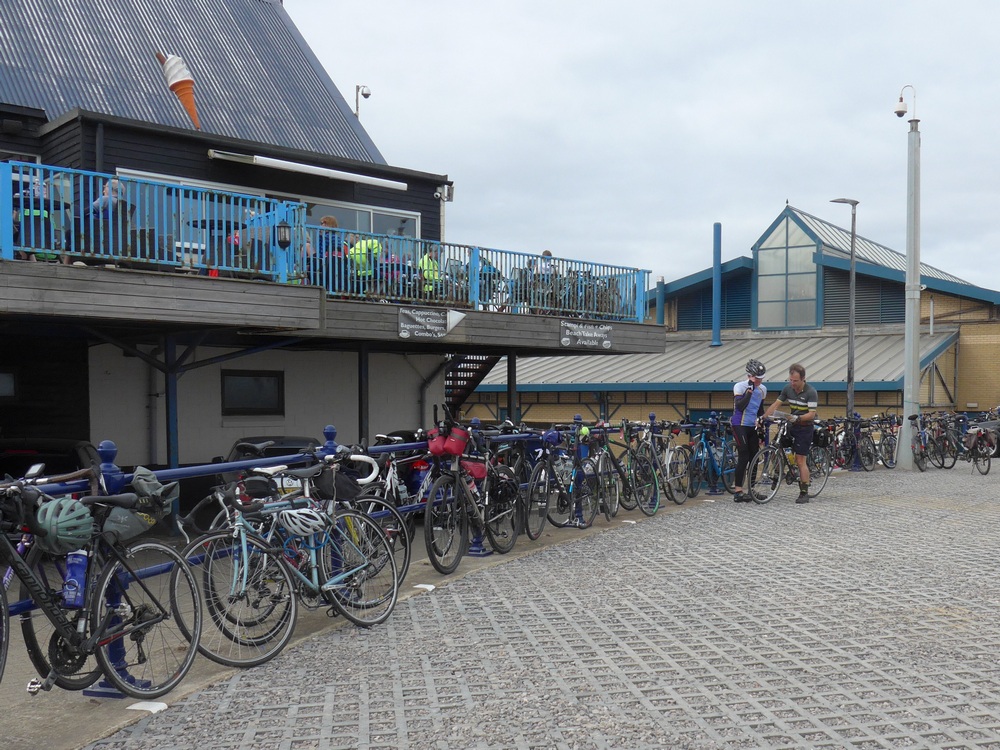 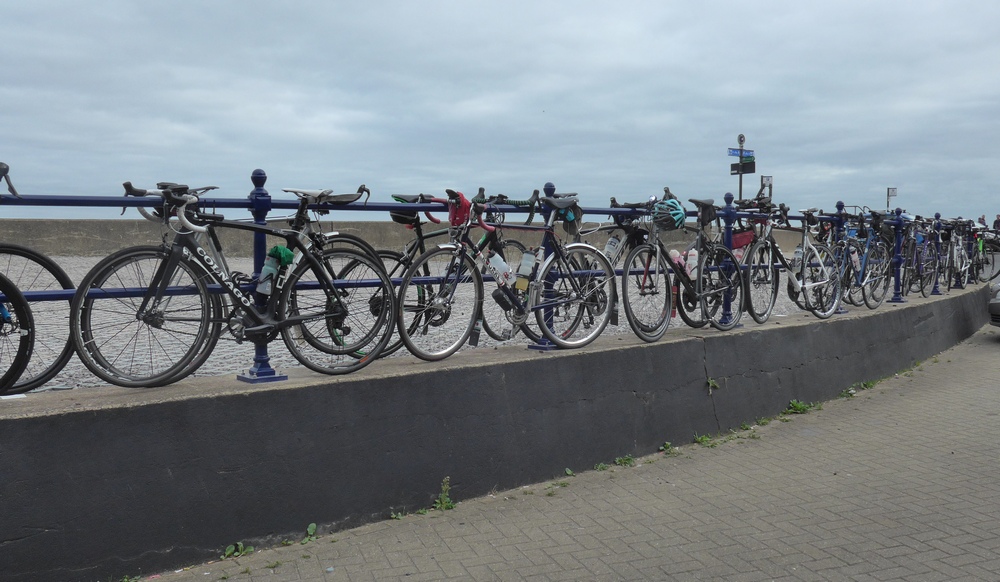 Around nine o’clock, bidding everyone adieu, me and Al left the others enjoying their beers as we set off on the 30-mile ride home. Now it was into the wind. Now I was able to help out by slogging it into that wind over the exposed marshes, with Al on my wheel. What had previously taken 20 minutes dashing for the café now took us almost half that time again in the opposite direction, this time averaging 14.6 mph with what felt like nearly the same effort.

We paused at the end of those seven miles now we were out of the exposed section and had some energy food and set off homeward. Not able to think of a quieter route through Faversham we suffered 2 miles of the A2 before reaching our turn-off, Faversham Road. Then it was an eight-mile gradual climb up the North Downs to the top of Hollingbourne Hill, where me and Al went our separate ways home.

Eleven miles later I was home and in dire need of sleep! I had really enjoyed the ride now that I had ‘got with the program’ regarding the FNRTTC ethos.

2 Replies to “Friday Night Ride to the Coast – Whitstable”