The weather forecast was for 30°C. Why then did I choose today to go on a really long ride? I don’t know. I seem to have some addiction to this. At least you don’t have to think about what to wear when it’s hot! I planned a route that would enable me to meet a friend in Canterbury, from where we would ride to Whitstable, along the sea front to Westgate Bay and back into Canterbury. It was to be 110 miles for me, including the ride to Canterbury and back home. The route to Canterbury was based on a previous ride to Botany Bay

I loaded up with two large bidons, one with an iso tab, and one with plain water. I lotioned my arms and neck and set off at 7:45, 15 minutes later than intended. Already at this time in the morning it was over 20°C, with blue skies. The ride, especially from the North Downs onwards, was very scenic on this glorious morning and included, for its last section into Canterbury, an attractive bike path along the banks of the Great Stour. I had hoped to cover the 33 miles in 2 hours, but the route was hillier than I had remembered, and with the addition of a slight headwind it took me 11 minutes longer. So when I arrived, my friend had been waiting for half an hour! Now it was 26°C.

I scoffed the second of my bananas and we set off towards Whitstable. 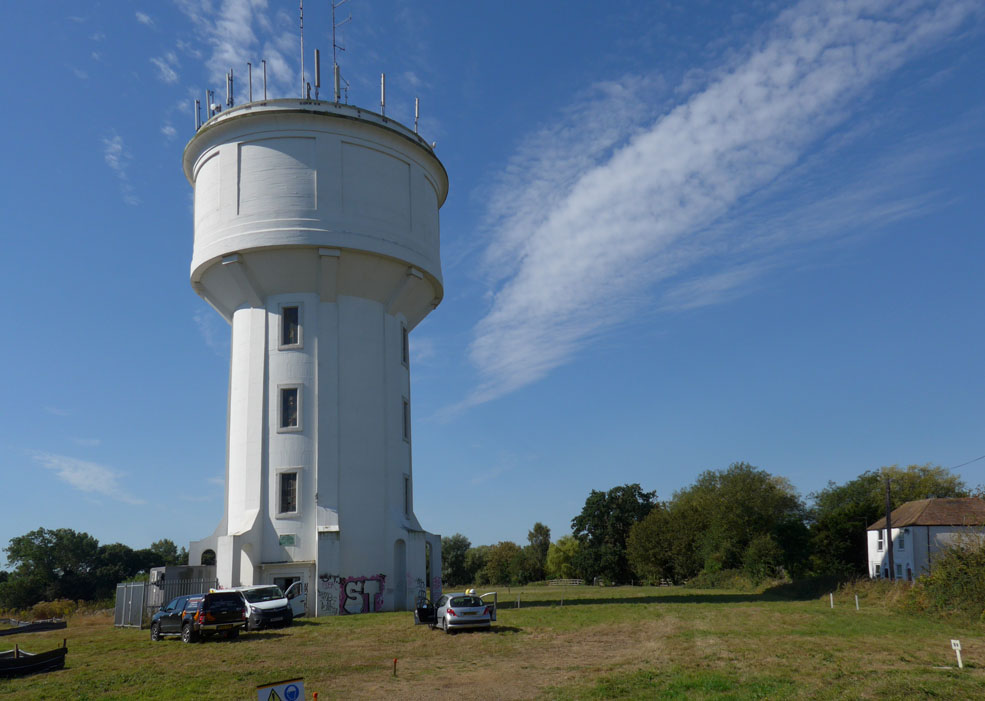 After the long hill up towards the university in Canterbury we turned off to go through Blean Woods, like I had done before on a ride to Herne Bay.  In that blog post I had described the woods as ‘beautiful’. 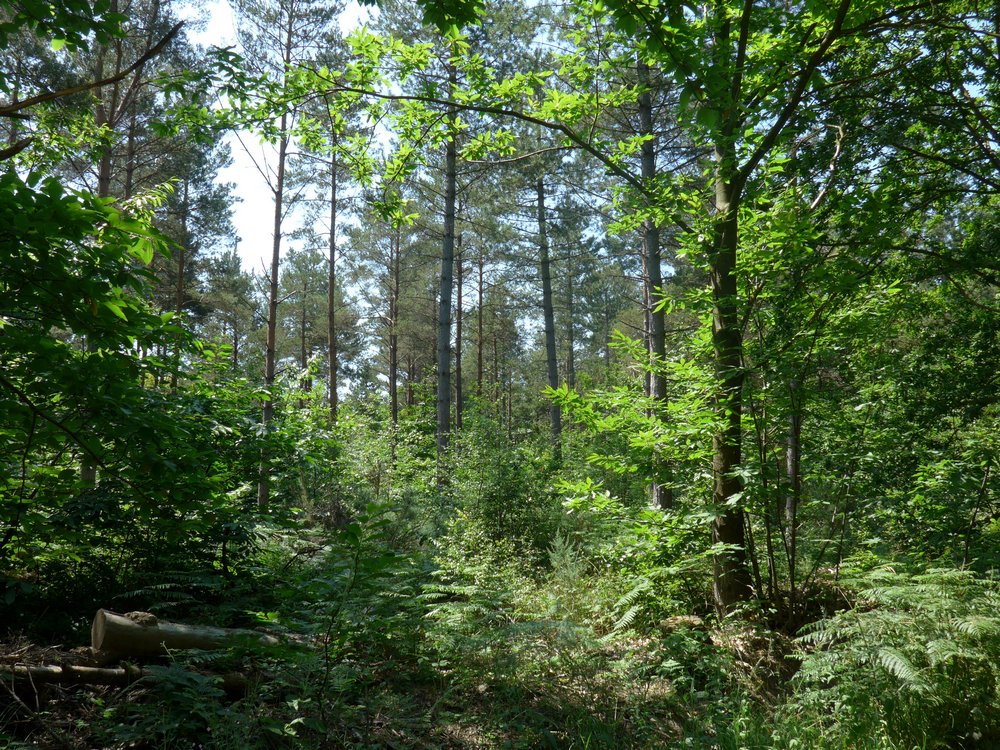 They may well have been beautiful to look at but the track surface was terrible, covered with large rocks and shingle. It took all our efforts just to stay upright, let alone admire the scenery! To say this took the fun out of the ride would be an understatement. The surface got worse as we got deeper into the woods, with deep ruts sometimes filled with treacherous shingle. Then, just as I rode over a large stone, the inevitable happened – a loud and instant blow-out! Damn – I knew it was a sidewall puncture and I was worried that I would discover a huge rip in the tyre, judging by the speed of deflation. I found the hole and it wasn’t as bad as I had been dreading. I replaced the tube and we set off again, continuing to curse the track conditions. Once out of the woods we revelled in the smooth surface of the road.

Our joy was short-lived, as less than three miles later we joined the Crab and Winkle cycle path,

which I thought might be a fun way into Whitstable. WRONG! Some of its surface was cinder, which wasn’t too bad, but in general it was rubbish – alright, it might be OK for mountain bikes I suppose.

We were relieved once we reached the ‘proper’ roads into Whitstable. We rode through the town and along Marine Parade to Jojo’s café. The temperature now was 30°C, yet we had no choice other than to sit mainly in the sun. I ordered a Croque Monsieur and black coffee. I received what was essentially a toasted cheese and ham sandwich, not in the tradition of a true Croque Monsieur. Still, it tasted delicious! During the last few miles into Whitstable I had been fantasising about an ice lolly, namely a Twister, and now it was time to turn that into reality. We went to the next café along, chose our Twisters from the freezer and stood in a queue for what must have been 15 minutes, clutching our ice-cold lollies and rubbing them over our faces and necks to cool us down, all the time gagging to actually eat them. I got so desperate during the wait, thinking the Twister might not be enough, that I went and chose a Magnum choc-ice to add to our order.

Eventually we paid for them, got outside and tucked into our now half-melted Twisters. This was probably the high point of the whole day – sod the cycling, this was pure heaven!

My earlier late arrival at the station, and the puncture and off-road stuff, meant we were now running behind schedule, so we decided not to go ahead with the original route. I worked out a new route that would chop off a significant portion of the ride and join my original route just east of Canterbury. The time was now 2:15 and the temperature a scorching 31.5°C. With all three bidons topped-up, we set off again, this time on rather busy roads, heading for the rendezvous with the planned route. During this section of the ride we discovered the pleasure of pouring our bidons over our heads, in addition to drinking from them! Instant cooling to the head which lasted several miles. This would be a technique I would periodically use for the rest of the day and probably for future hot rides.

We eventually joined-up with the planned route at Fordwich, the “Smallest town in Britain”. Unfortunately, the route took us off-road again, initially running along the banks of the Great Stour, but then veering away from it. Some of the path wasn’t too bad, but it was quite overgrown. We approached a narrow section with overhanging foliage so I shouted back “Mind your head”. I rode towards the restriction without slowing and just as I was expertly navigating through the overhanging branches my bike stopped dead and I was thrown over the bars and landed on my back, next to my bike, from which I had somehow become ‘uncleated’. I looked up and saw that, hidden in all that foliage, had been the sharp end of a 2″ or so thick, snapped-off branch which I hadn’t seen and had ridden right into, the branch instantly stopping my bike. I could feel pain in my right leg and expected to look down and see a huge gash. I had, however, been extremely lucky to have only suffered a few grazes and bruises. Think where the sharp end of that branch could have ended up! More importantly, my bike was OK!

We carried on and, less than a mile later, were back in Canterbury. We had some time to spare before the train was due, so we took the opportunity of stopping at the first shop we saw to get another couple of Twisters! Looking in the freezer I initially became worried that they had no Twisters, as I couldn’t spot the distinctive green and white stripes on the wrapper. But hang on – what was that over in the corner of the freezer? The wrong colours, but definitely a Twister. It was a new Blackcurrant Strawberry & Vanilla version! We bought 2, and 2 litres of water, and found a sheltered bench on which to eat them. Once again they hit the spot – sheer bliss!

After leaving my friend at the station I was alone for the 32-mile ride home, during which the temperature would reach 34°C. A short way out of Canterbury, on a particular section of road, keen to keep over to the left after hearing a car behind me, I rode over an extremely pot-holed surface that shook my bike so much that I heard something fall off and hit the road. I came to a stop and checked what it might be. Thankfully my Garmin was still there. I realised it was one of my bidons. I then noticed that the car behind me had stopped, half-turned down a side road. I guessed that the driver had probably seen what had fallen off my bike. I rode back towards the car and saw that the side road descended steeply away from the main road. “Did it roll down the hill?” I asked. The driver drove slowly down the hill and pointed out of the window to the hedge. “It ended up somewhere round about there”. I saw it, obscured by the undergrowth. If the driver had not kept their eye on it and been kind enough to stop I would never have found it. I thanked her and continued. Back at the main road I noticed another discarded bidon by the side of the road – maybe the same thing had happened to another cyclist, but without the help of a kind witness…

In the heat, the next 30 miles were a slog. I just kept my head down and pushed on home, occasionally pouring some water from my bidon over my head! Once home I drank what little milk I had in the fridge and then had a cold beer! Oh that I’d had another Twister to hand! 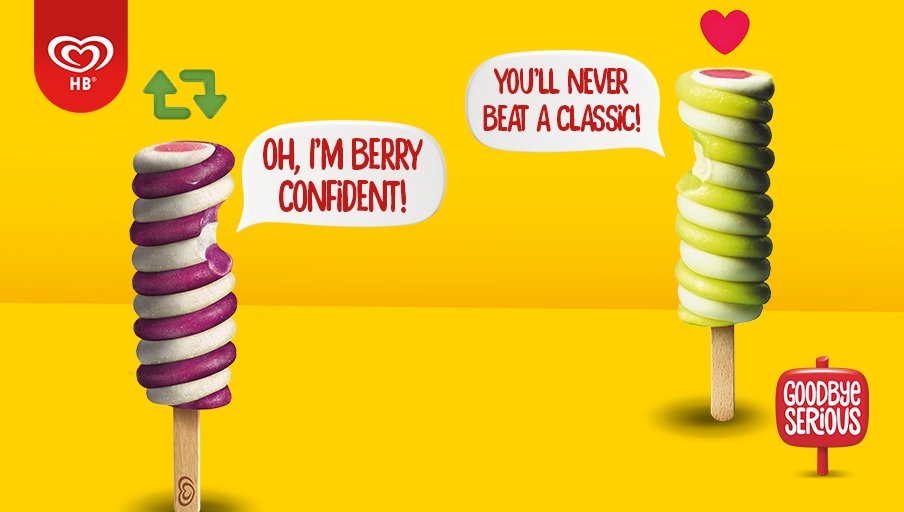 One Reply to “Twister”