Exactly a week after Twister came another version of the same ride. I slightly tweaked the route to Canterbury and, crucially, cut out most of the off-road stuff that had caused issues last week.

The weather was a few degrees cooler this time, although still 24-25°C. I set-off at 8:56 into the glorious morning sunshine. There was a gentle westerly breeze helping my pace. I was heading straight into the sun, which can really cause problems with visibility, especially through wooded areas where dappled sunlight can severely restrict what you are able to see of the road ahead. The scenery was still beautiful. At one point I came across a whole flock/gaggle/herd/whatever of pheasants down a narrow lane. I shouted various warning sounds at them as I approached and they all scarpered by various means; some went sideways for cover in the hedgerow, some ran down the road away from me and some took briefly to flight, just enough to clear the hedge into the adjacent field. All of them verbally complaining – it was quite a racket! It wasn’t the last instance of pheasants in the road on this ride, but it was certainly the largest group. 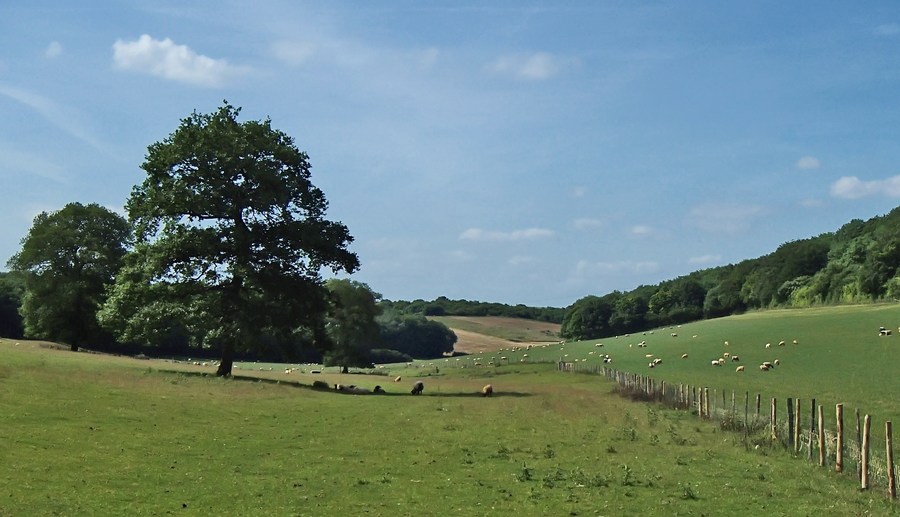 Once again I found the route hillier than expected, which is ridiculous because I only rode it last week! This time my pace was faster and I beat my best times up most of the hills. I reached Canterbury station in just under 2 hours, at 16.7 mph, which is what I had been expecting last week. The trains were all ‘up the spout’, so my riding partner was delayed by one hour. I spent the spare time in Abbots Mill Garden, the site of a former water mill on the River Stour in Canterbury. It was a great place to chill out.

We eventually set off at around midday. The first section of the ride to Whitstable was along two miles of bike path alongside the Great Stour to the west of Canterbury until we reached Chartham. We then turned northwards climbing towards Chartham Hatch. A couple of miles after that came the least pleasant mile of the day, alongside the busy A2. But it was worth it, because just after that came a glorious three-mile descent from Dunkirk down to Dargate. Three hilly miles later we were in Whitstable.

We had a brief rest at the gardens at Whitstable Castle before moving down the coast to Jojo’s, same as last week. This time, another friend of mine from the club was already there enjoying the warm sunshine. The three of us chatted for an hour or so before he continued on his way. We decided to try to emulate the pure joy of last week by heading over to the next cafe and buying a Twister each. They were still nice, but the temperature just wasn’t as sweltering as last week so they had lost some of their wow factor!

Shortly after a brief excursion up the coast, we headed back to Canterbury via a much nicer route than the one we chose last week. Ignoring several road-closed signs, we rode on a lovely smooth and winding road mainly through woods towards Chestfield and Tyler Hill, coming into Canterbury near the university. We got to the station about one minute after my friend’s train had pulled out. So we whiled away the next hour in the very wonderful The Goods Shed, a restaurant come farmer’s market come bar. 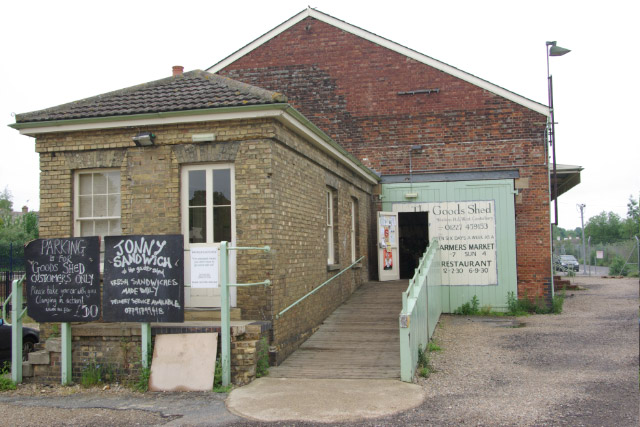 After a lovely cup of Earl Grey it was time for me to ride the 32 miles home. It was now past six o’clock and I realised that it would be getting dark by the time I reached home. I had a rear light (which I leave on my bike all the time) and I borrowed a front light before I set off. The air was still warm and, although there was a slight headwind, it was a nice ride on a beautiful evening. I switched both lights on about half an hour into the journey. By the time I had completed the seven-mile climb to the top of Charing Hill, I checked my rear light and realised the batteries were flat so I swapped them out with the spare set I always carry. Just after I set off, with sixteen miles remaining, I noticed that the battery in the front light had ran out. Damn! By now it was already distinctly twilight-ish, with the sun having already ‘gone to bed’ and I still had about an hour to go. The rear light is the most important because the drivers approaching closest to you can easily see you as they pass. It was cars coming out of side roads that posed the most danger because they can’t see you coming. Thankfully that only happened a few times. It was getting quite dark and even after I had removed my glasses I could barely make out the road. I was riding faster than I normally would, trying to beat the fading light. And that posed the risk of hitting an unseen pothole. Luckily I was very familiar with these roads and knew where most dangers were. I was thankful when the occasional car passed to light up the road for me! A couple of miles from home I came through the street-lit village of Coxheath only to be plunged into pitch black as I left – I could barely see the road at all! Thankfully I made it home in one piece with only one driver having shouted “Get some lights mate!”. It would have been quite tricky had I not been familiar with the roads.

Take a front light
Don’t underestimate how late you might get back, especially as the nights draw in.
Twisters taste better when you are REALLY hot!
That’s when their magic works at its best!
Road from Dunkirk going north is an amazing descent
Must remember to incorporate this into a ride without having the A2 bit before it.
Charing Hill to Chilham descent
It dawned on me that the seven-mile climb from Chilham to Charing (A252) would make for an amazing (7-mile!) descent if ridden in reverse (I don’t mean cycling backwards!) – I must try to incorporate that into a ride one day.