I’d read about the D211a a couple of years ago and was determined to ride it. In fact I had designed a route that came down the D211a and up the rest of Alpe d’Huez, but that involved starting elsewhere. So I designed this route to start from Le Bourg d’Oisans. As usual, I dictate reports into my phone at various stops on the ride.

This first report coming at 3.3 miles. When I stepped outside the van this morning I could see it’s a very warm day so I was pleased not to have put my warm gear on. In fact I didn’t even wear my arm warmers, just stuffed them in my back pocket, in case.

The only way of getting up to the D211a was by climbing the first six switchbacks of the Alpe d’Huez climb, at 10%. As I was climbing that ramp, I was thinking that the the 10% gradient is an average based on total elevation gain over distance travelled, but when you take into account the large flat areas at each bend (put there to enable coaches to turn more easily) then the straight sections between the switchbacks would be steeper than 10%. Anyway I completed that first bit of the Alpe d’Huez climb without too much trouble and eventually reached the turn off for the D211a.

I had stopped twice up to that point and lobbed an energy gel. The first part of the D211a was a descent with wooded areas each side of the road. Then it went past some construction works. 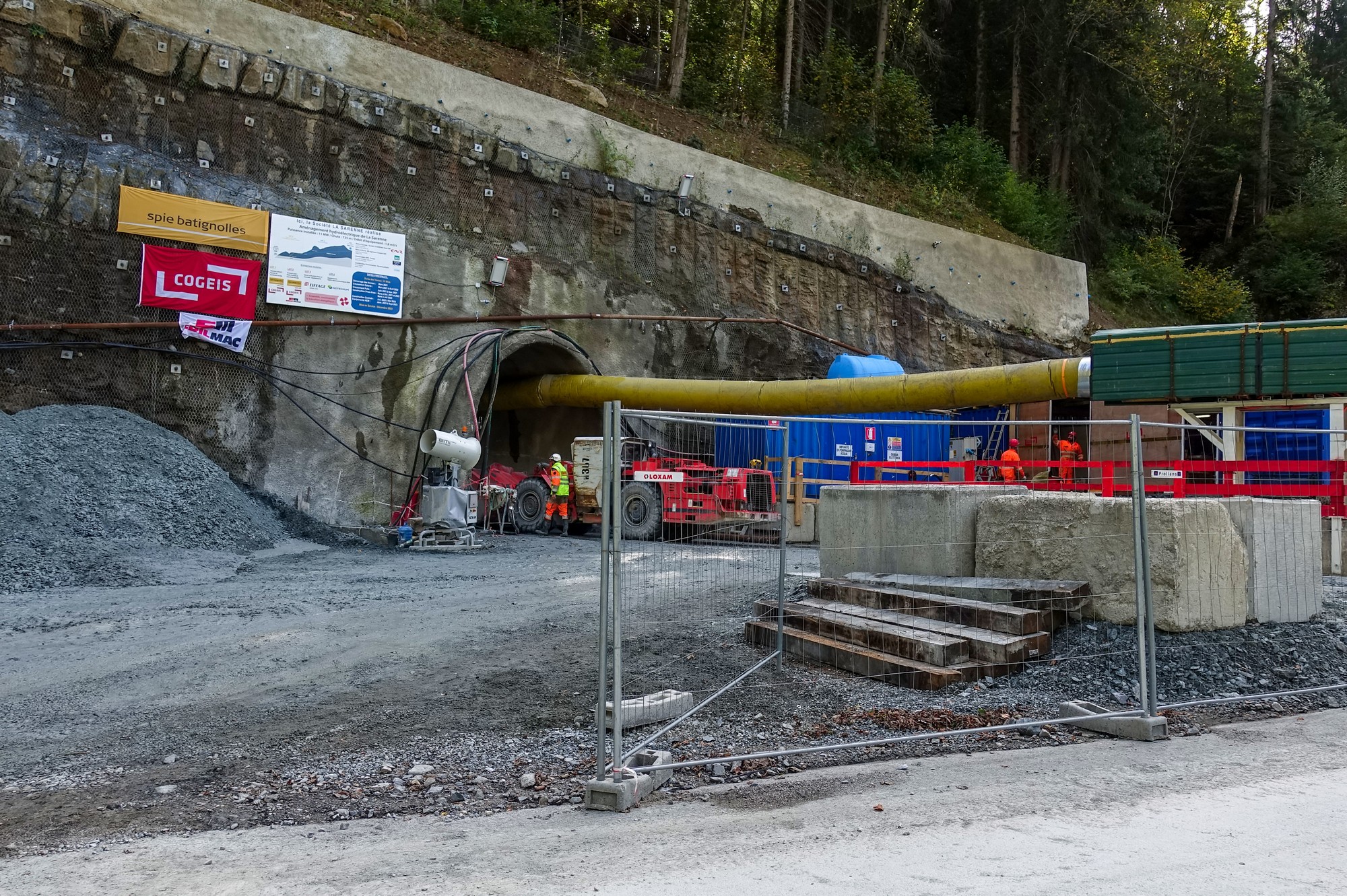 I assume they’re going to be building more houses up here, which seems a bit of a shame.  It feels like they won’t stop until the whole mountain is covered with buildings. The rest of the ride since that part has been continually uphill, I guess at about 8%, but without the rests afforded to you on the hairpins of Alpe d’Huez. So it’s just one continuous slog with the drop to my right, but covered in trees with only the odd view of what’s below. I was hoping to see a flat area where I could stop and take a rest but I could see there wasn’t going to be any so I just stopped anyway. The one thing is it is very quiet up here – I can barely hear the traffic down in the valley. Mainly I can hear the leaves rustling in the breeze and nothing else. I’m assuming the balcony road bit is coming up soon. 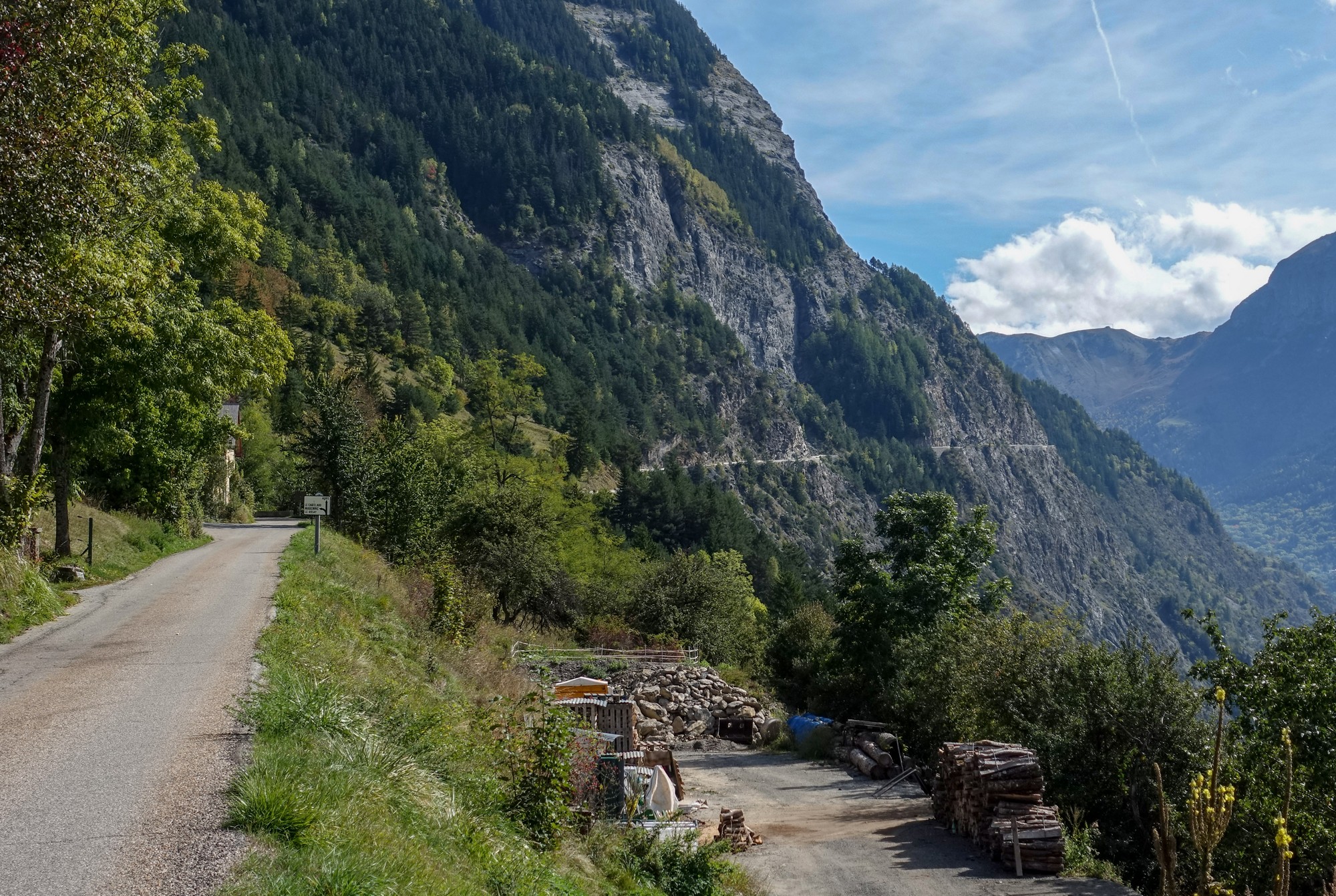 This report at 5.26 miles. I think I’m just coming to the end of the balcony road section. I stopped various times for photos. Every now and again, when I look across the valley, I can see the equivalent of this road on the other side, the D219. That’s a steeper route that I decided not to do, but I bet it’s a good one. Although it wouldn’t stay in the sun long like this one. 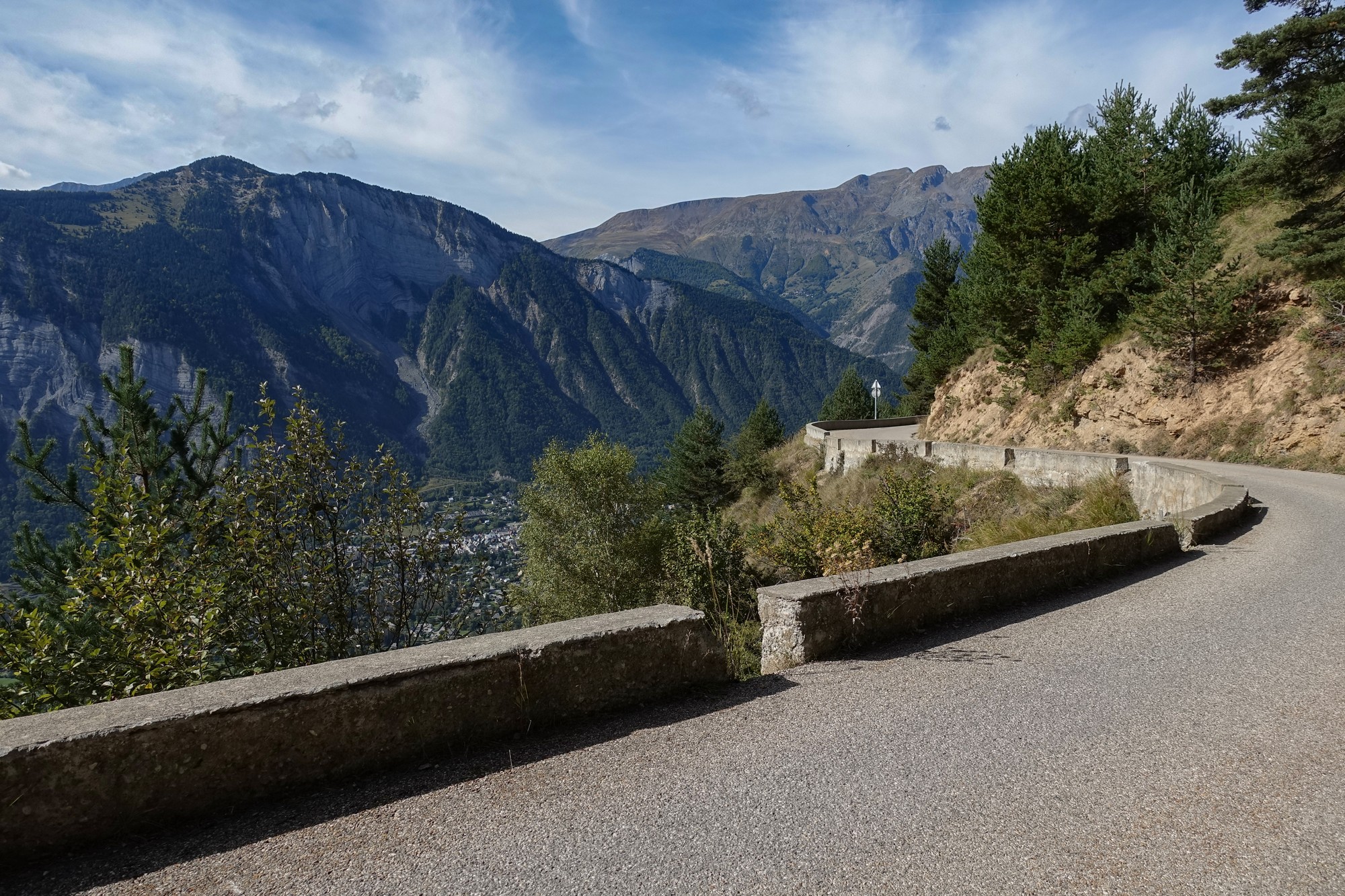 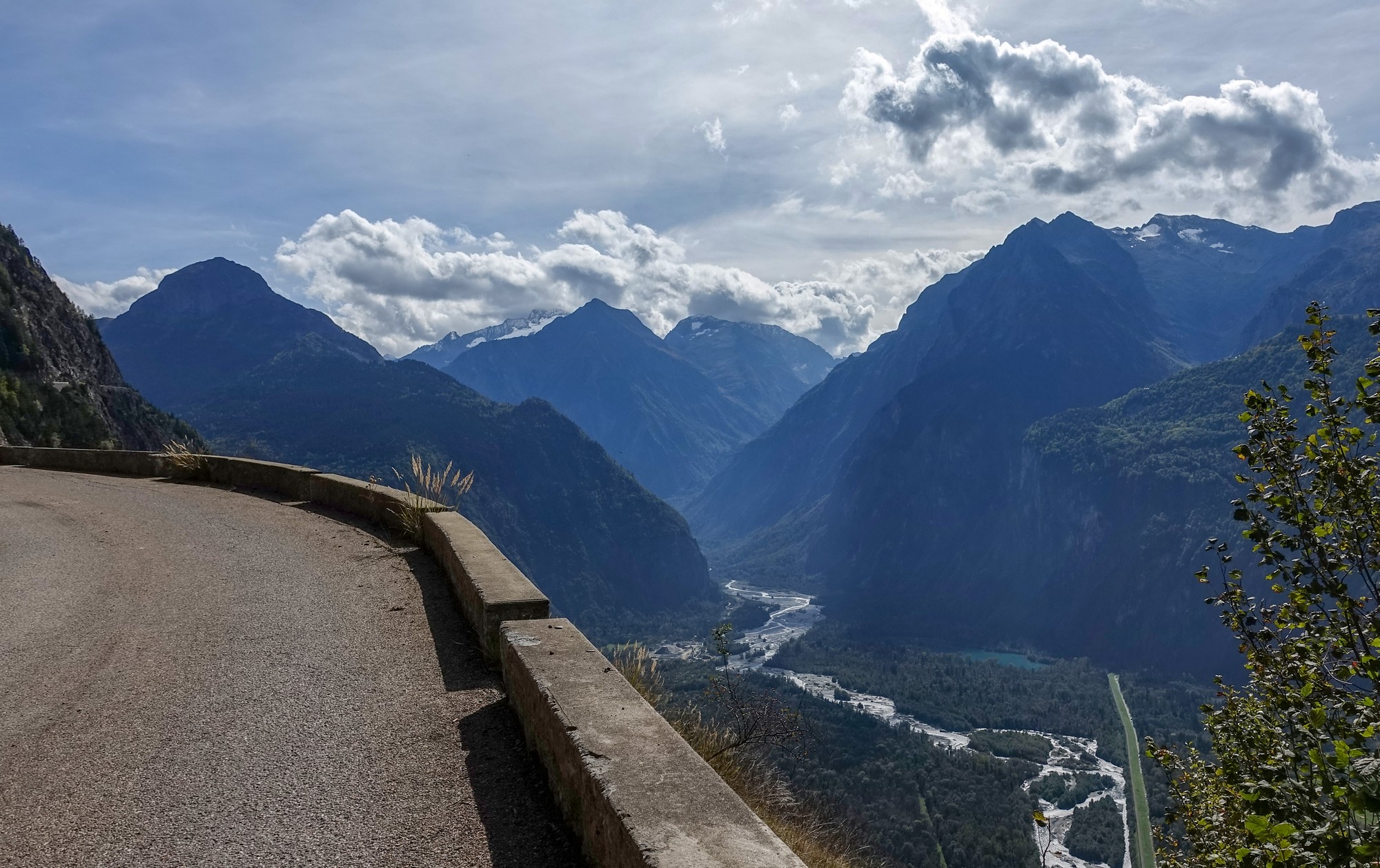 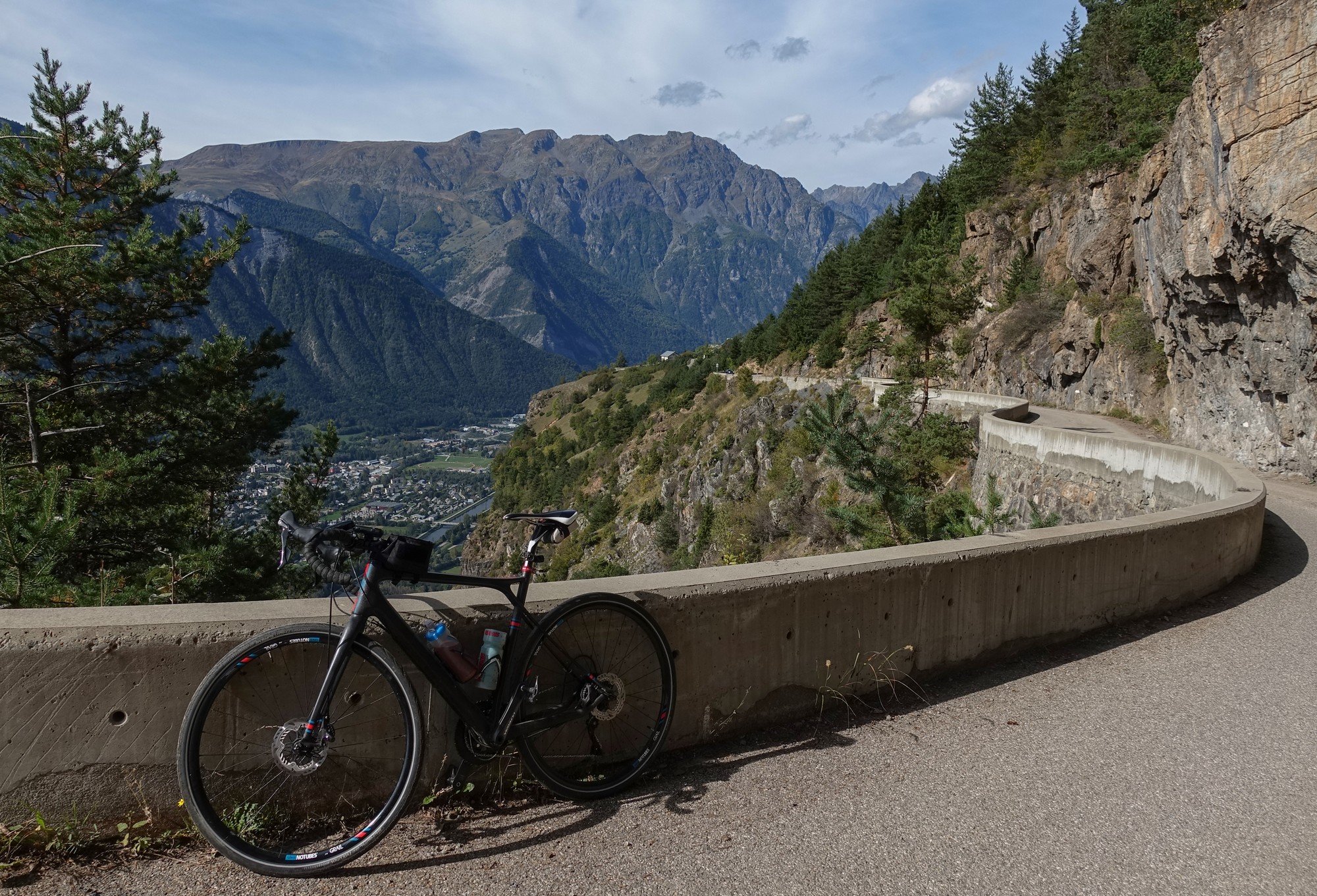 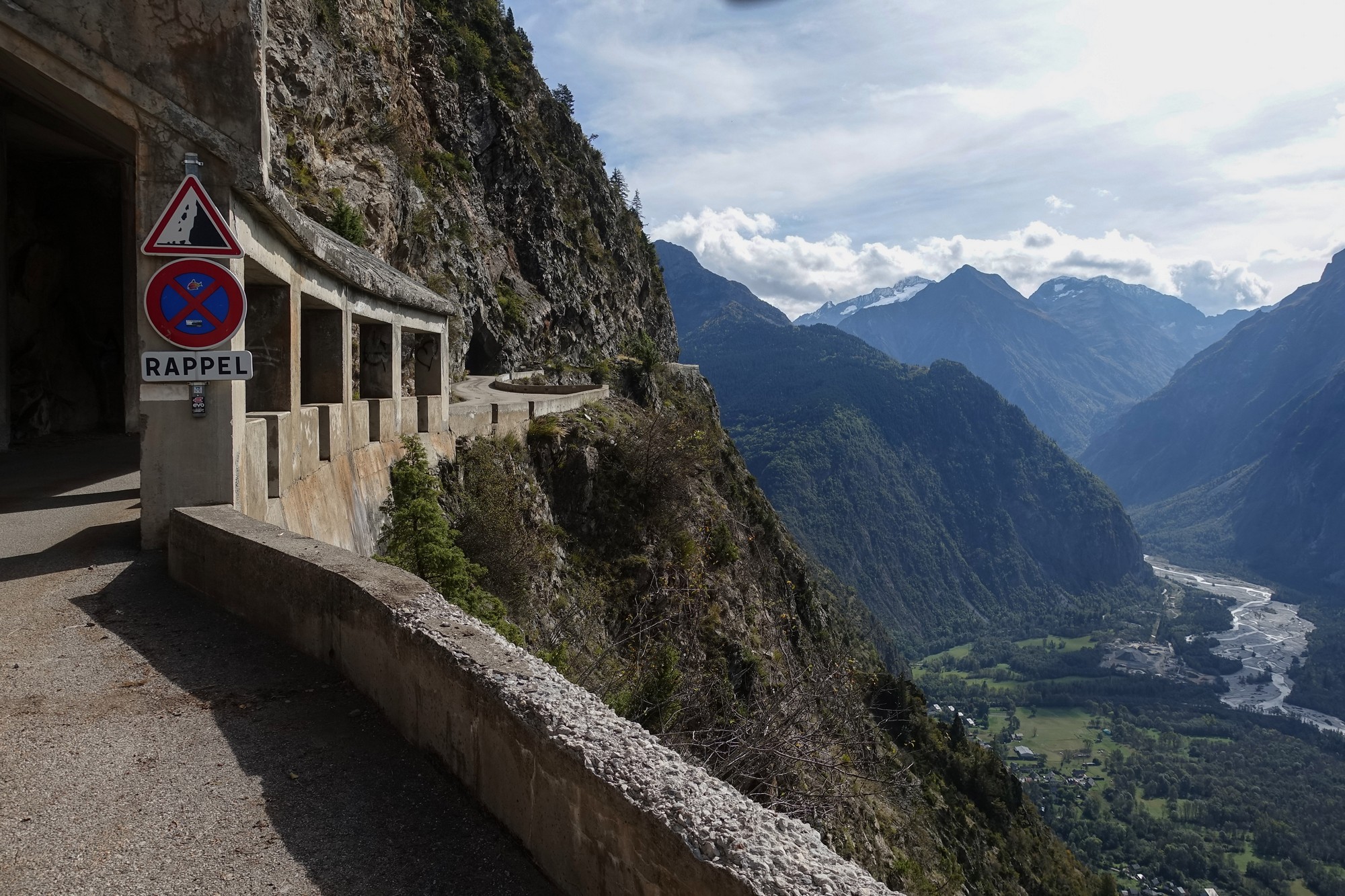 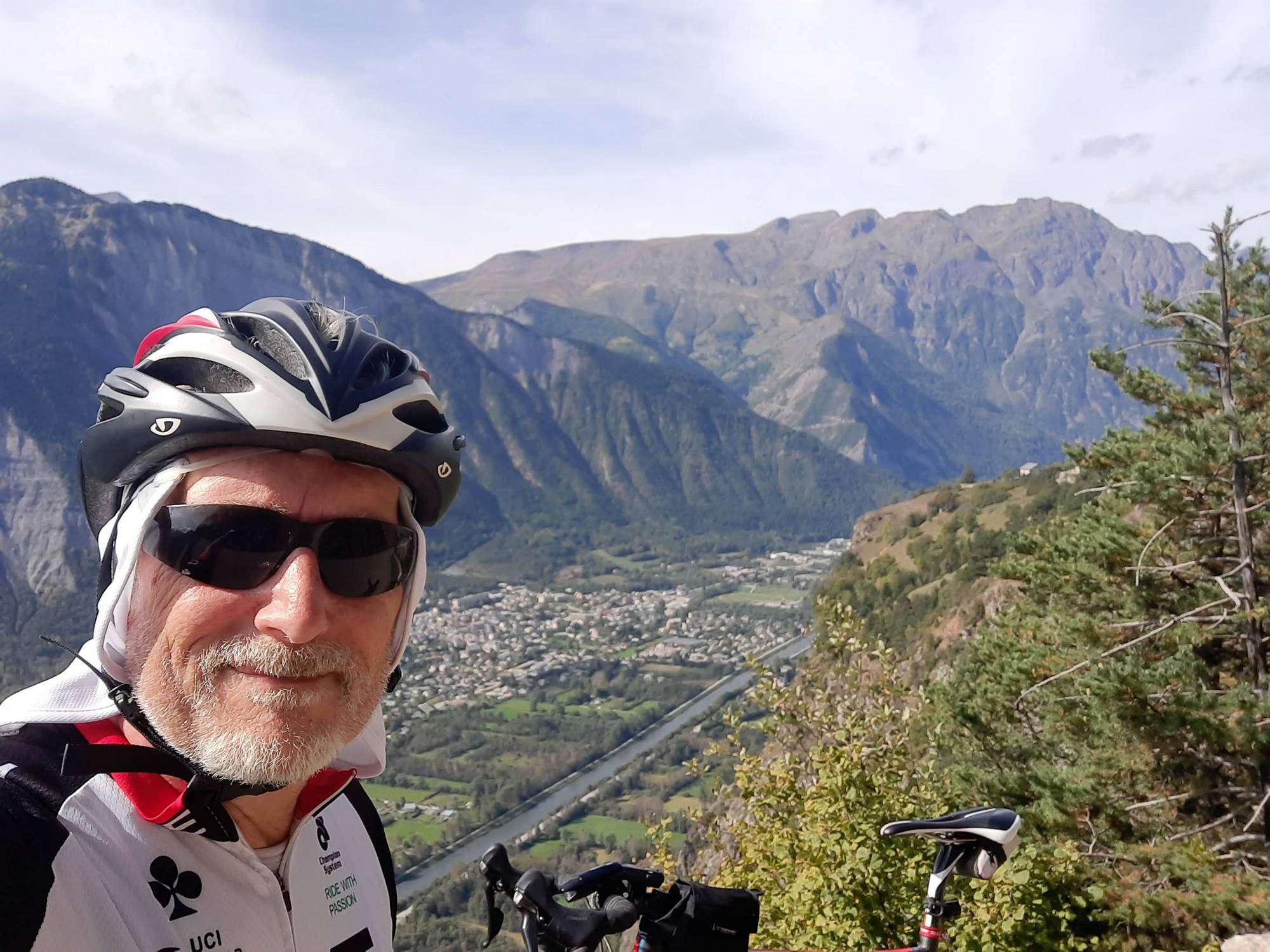 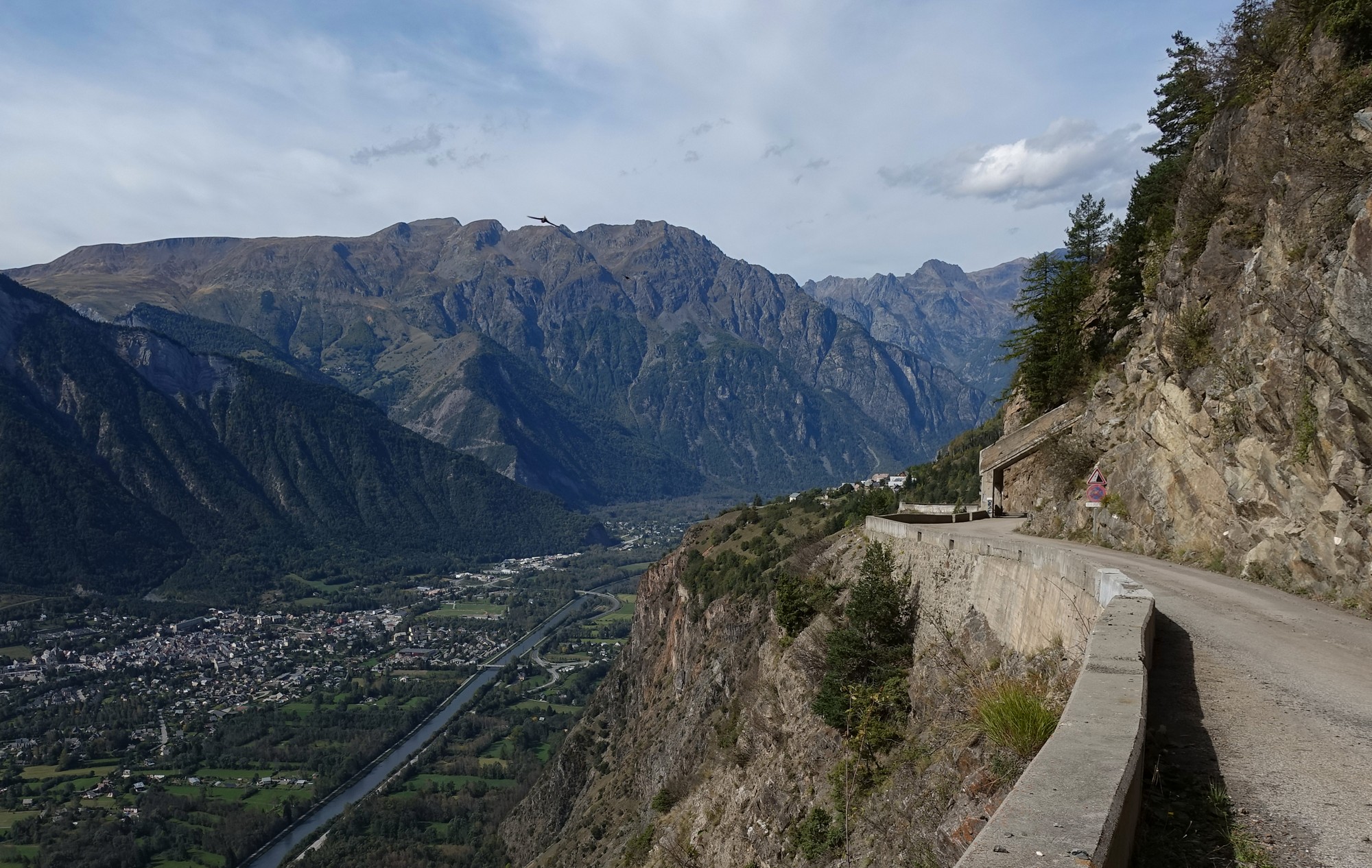 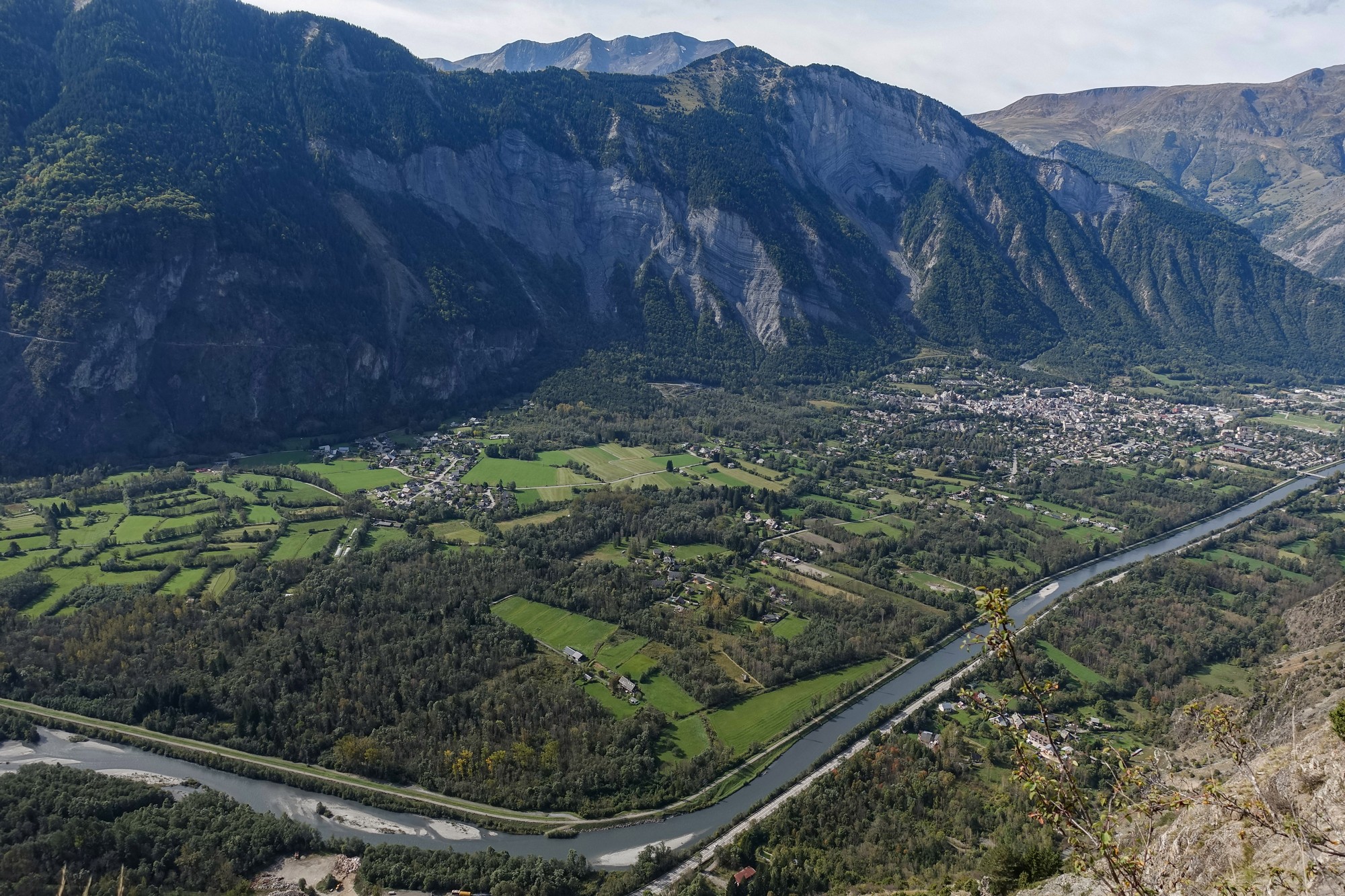 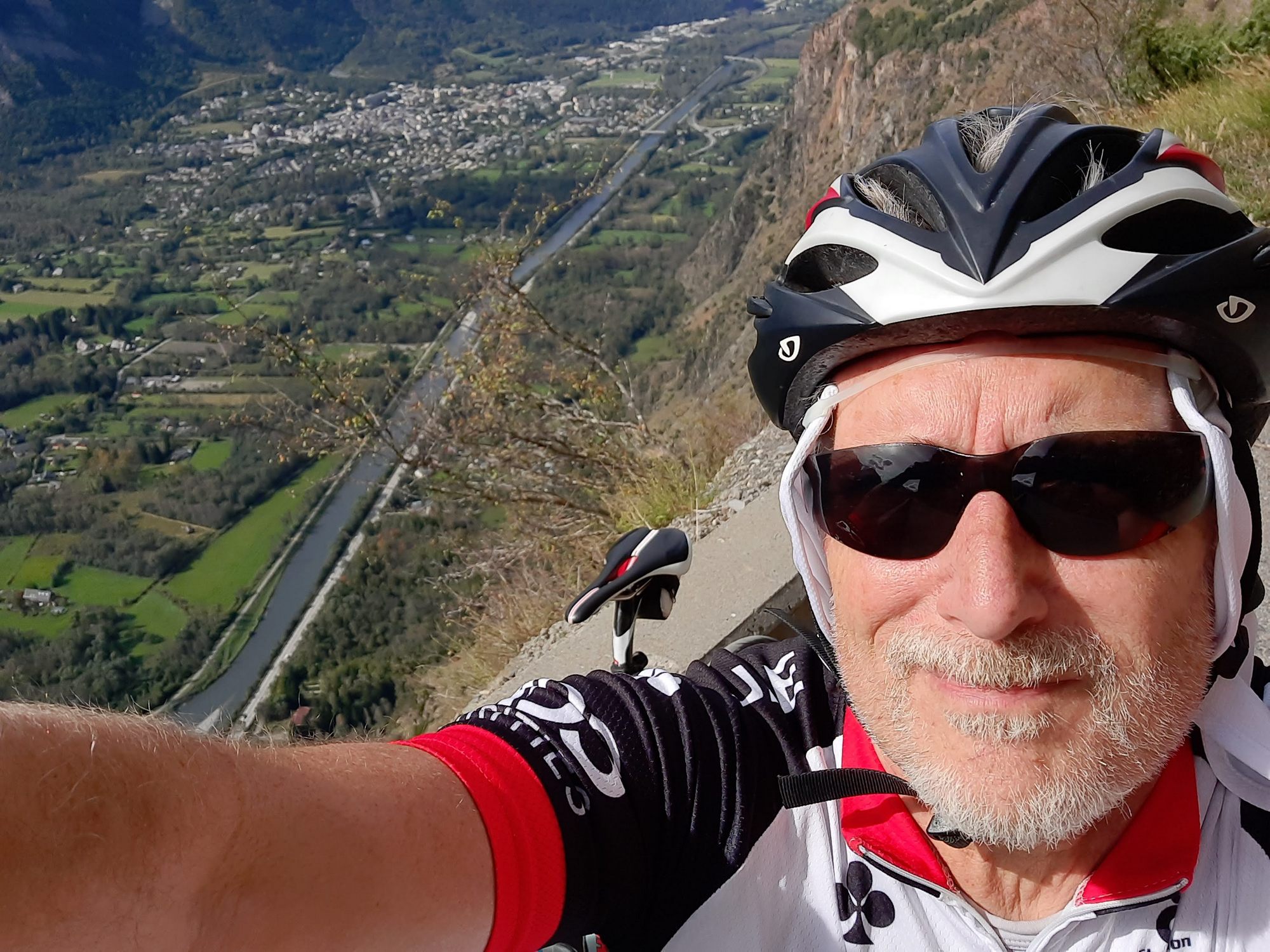 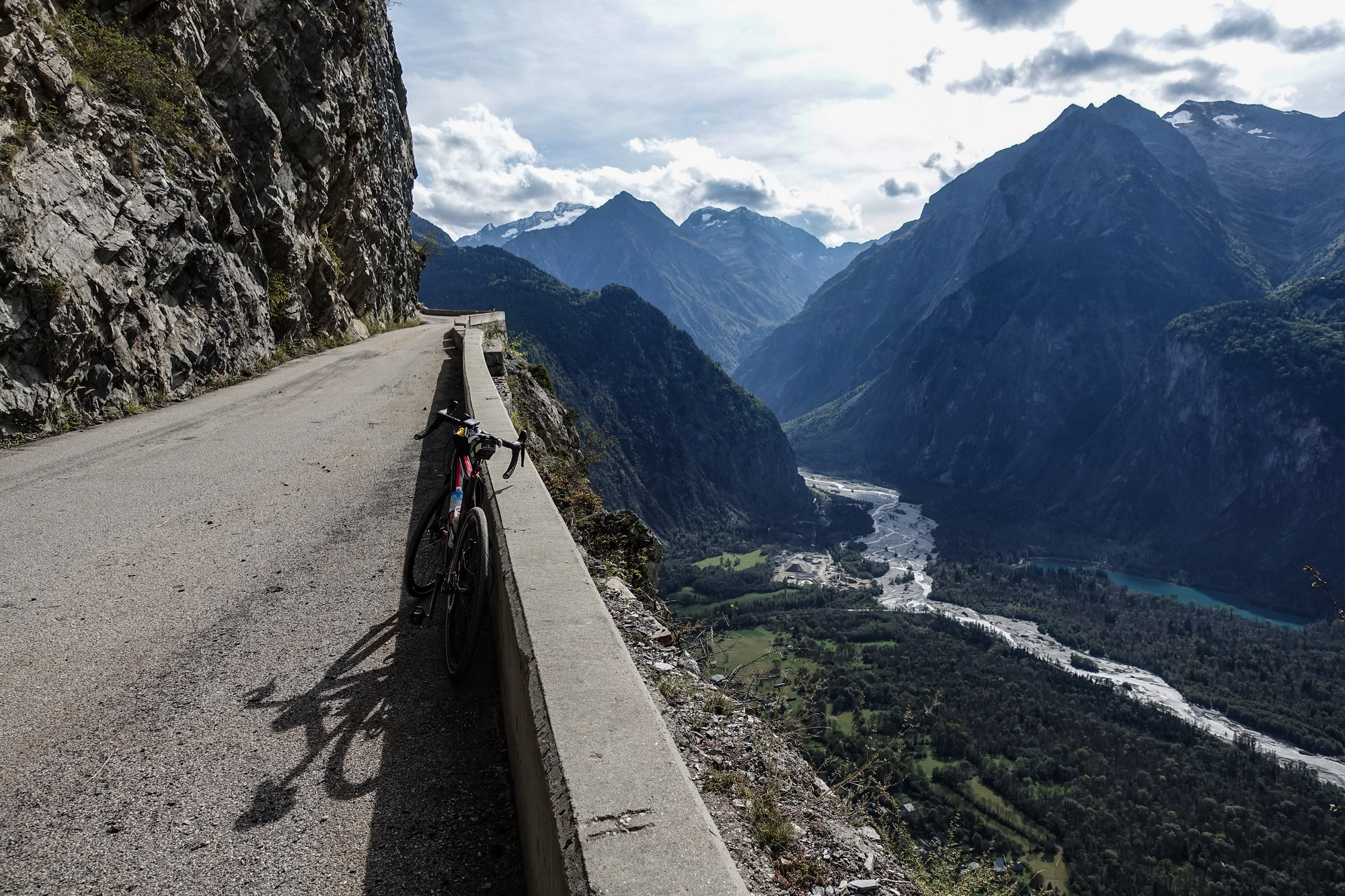 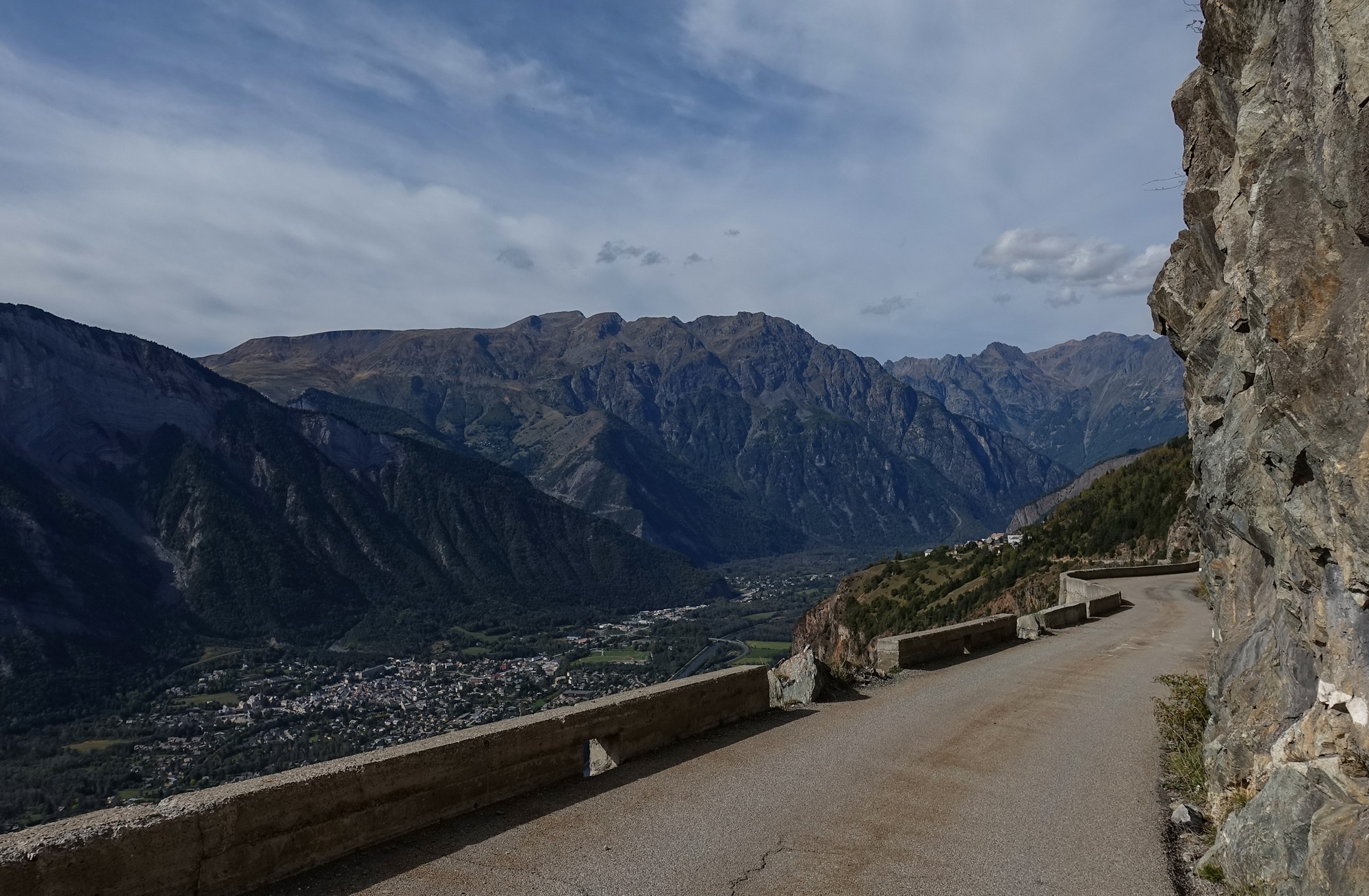 The best thing, while riding, is to not look over the edge – just keep your eyes fixed on the road ahead. Only one car has passed and several motorbikes. Obviously I’m supposed to be riding on the right hand side of the road, but that is where the sheer drop is, guarded by a wall about 2 ft high. So I’m mainly riding in the middle of the road. When a motorbike comes up behind me I move slightly over to the right to let them pass – they know I won’t want to go too near the edge. But if a car came up, I’d probably pull over to the safety of the rock face on my left and stop to let them pass. One hair-raising challenge is getting going again on the bike after a stop, because it’s such an incline and you feel a bit wobbly as you clip in to your pedals, so that’s quite tricky.
It’s turned into a hazy sun now and with a gentle breeze. 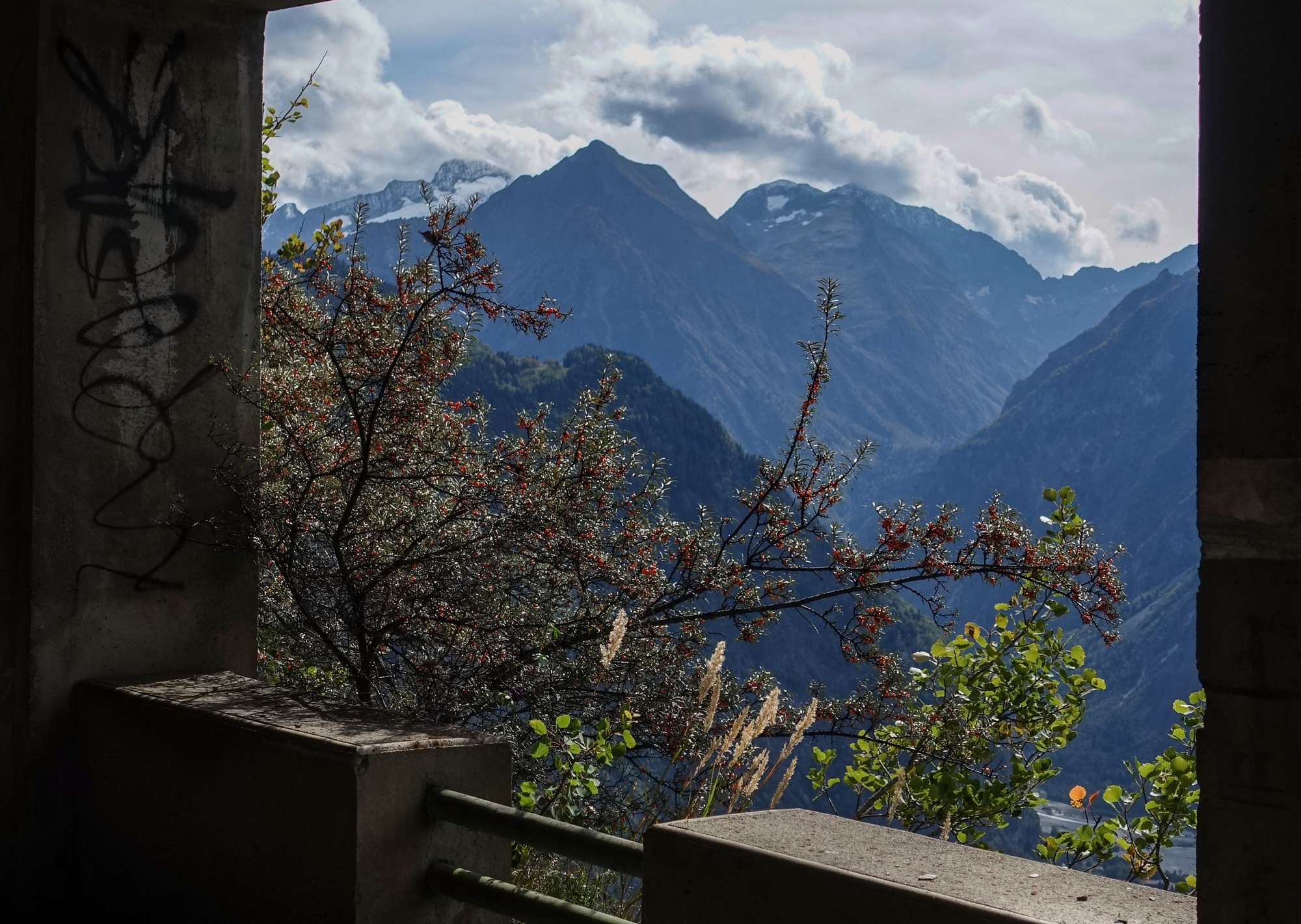 This last report coming from back at the van at the end of the ride. 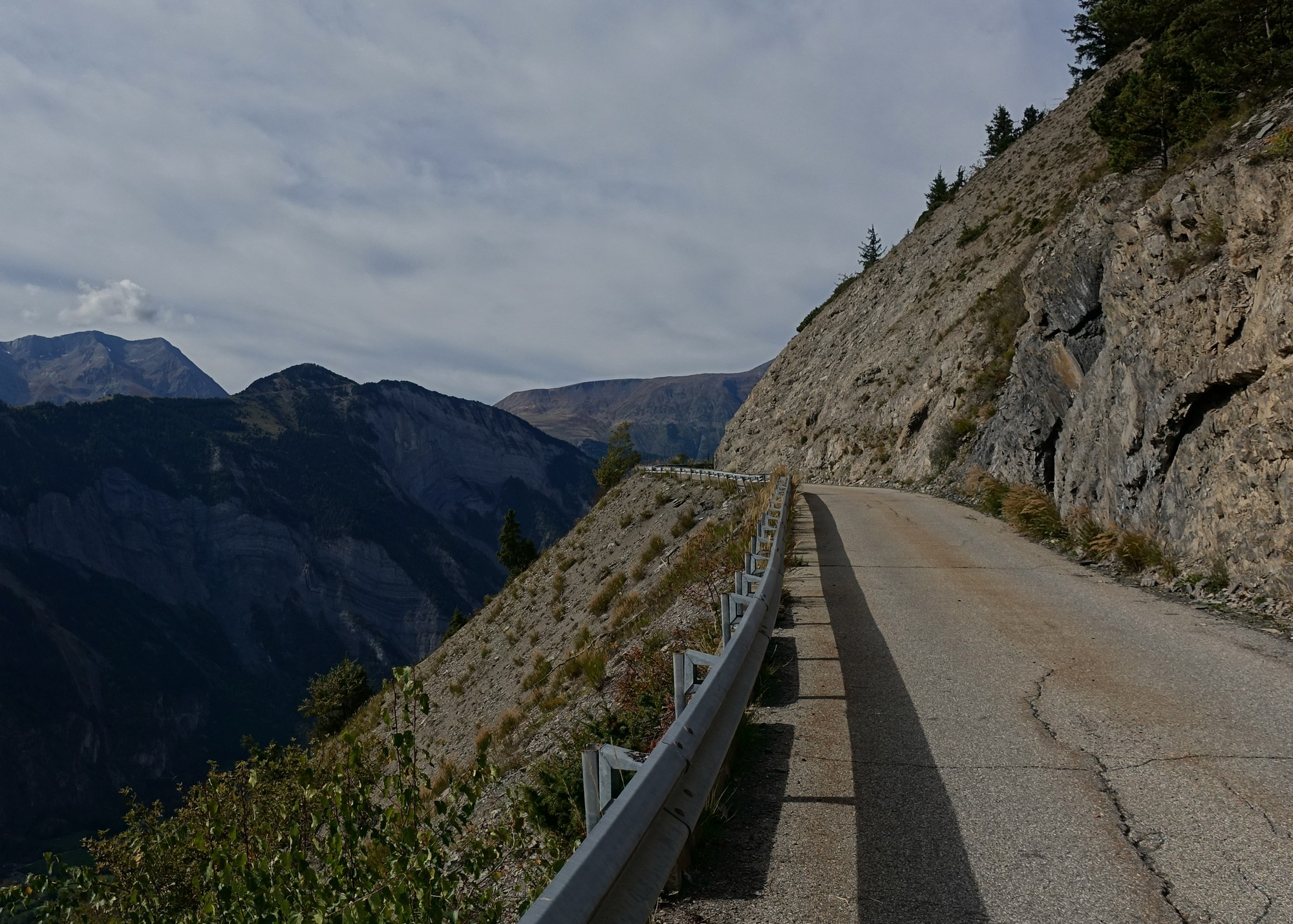 …and the road went into the forest and started descending. Then there was another ascent coming up which I knew about. It wasn’t too bad. 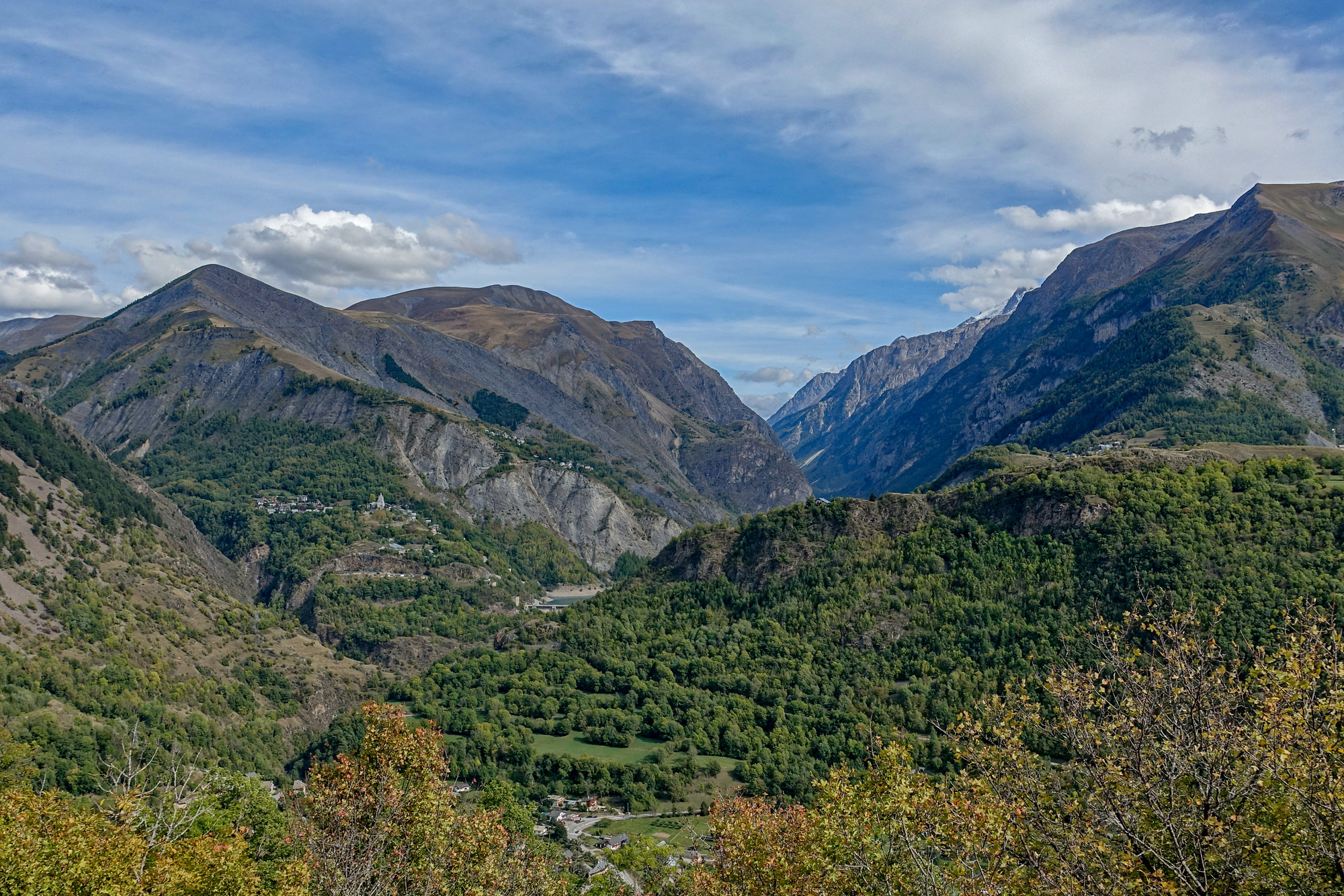 That was followed by a lovely steep, fast descent to Le Freney d’Oisans. 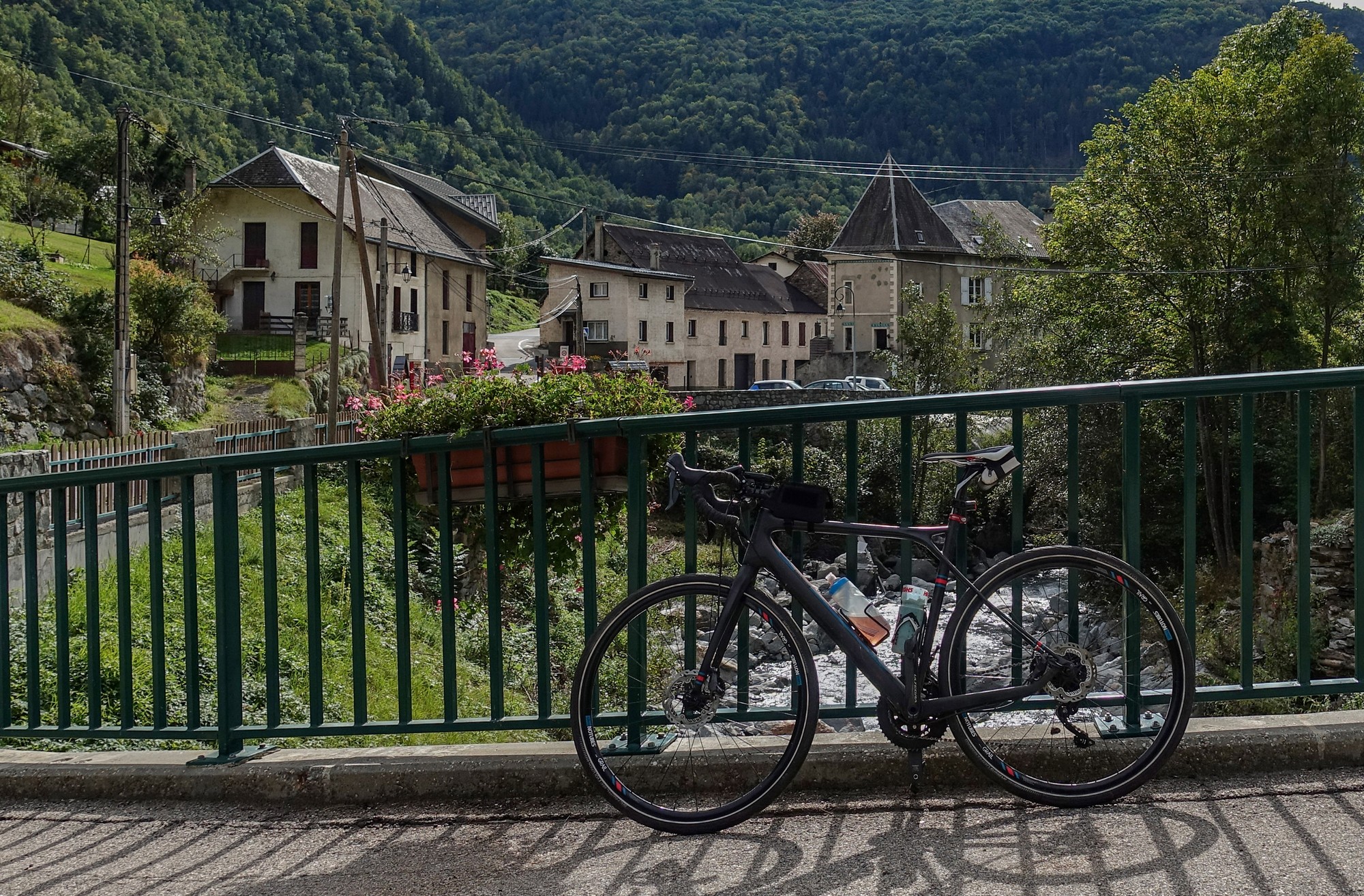 But then, that was followed by something I hadn’t been expecting – an absolutely splendid descent through a gorge (Gorges de l’Infernet, I discovered later), all the way back down to the main road. 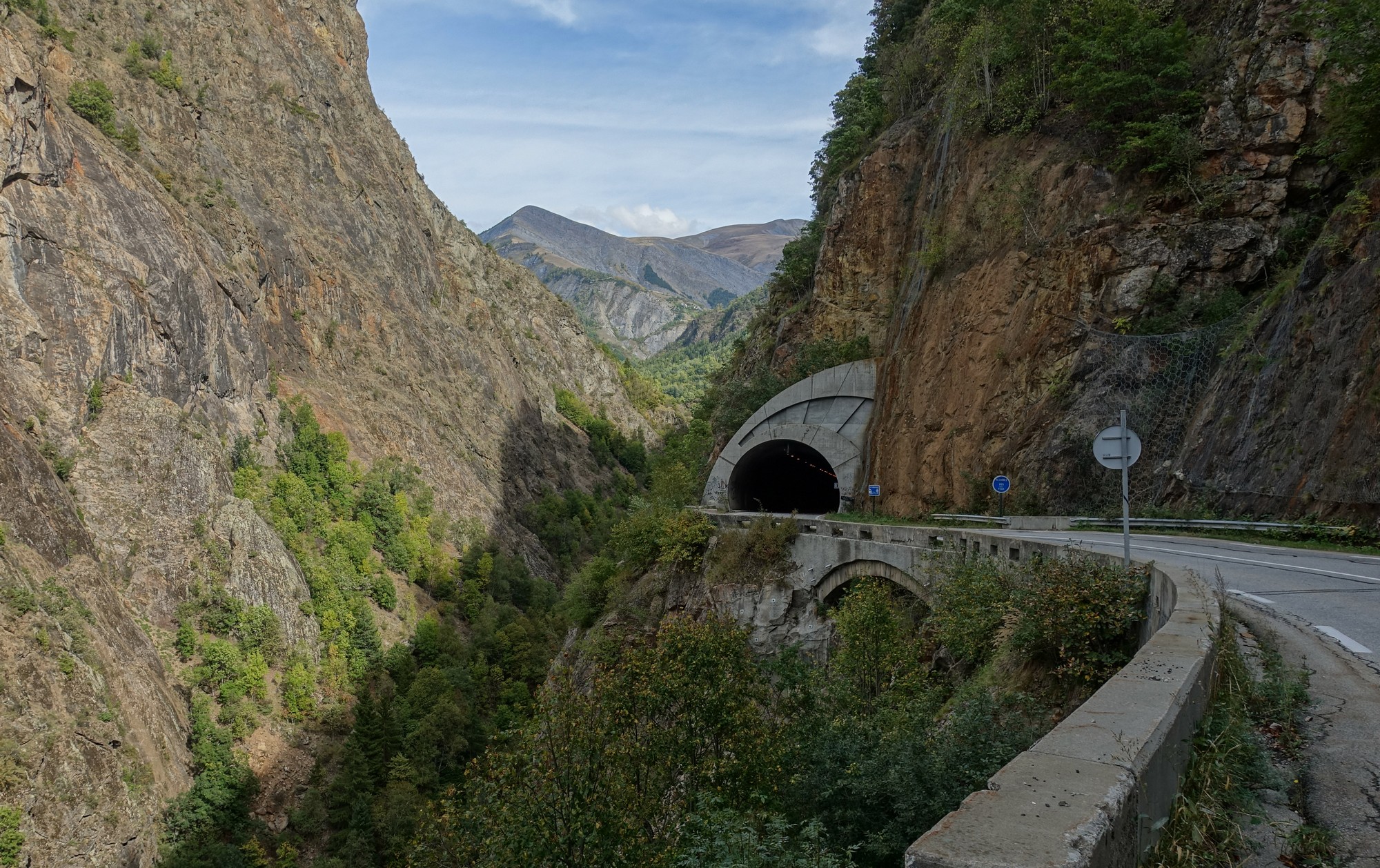 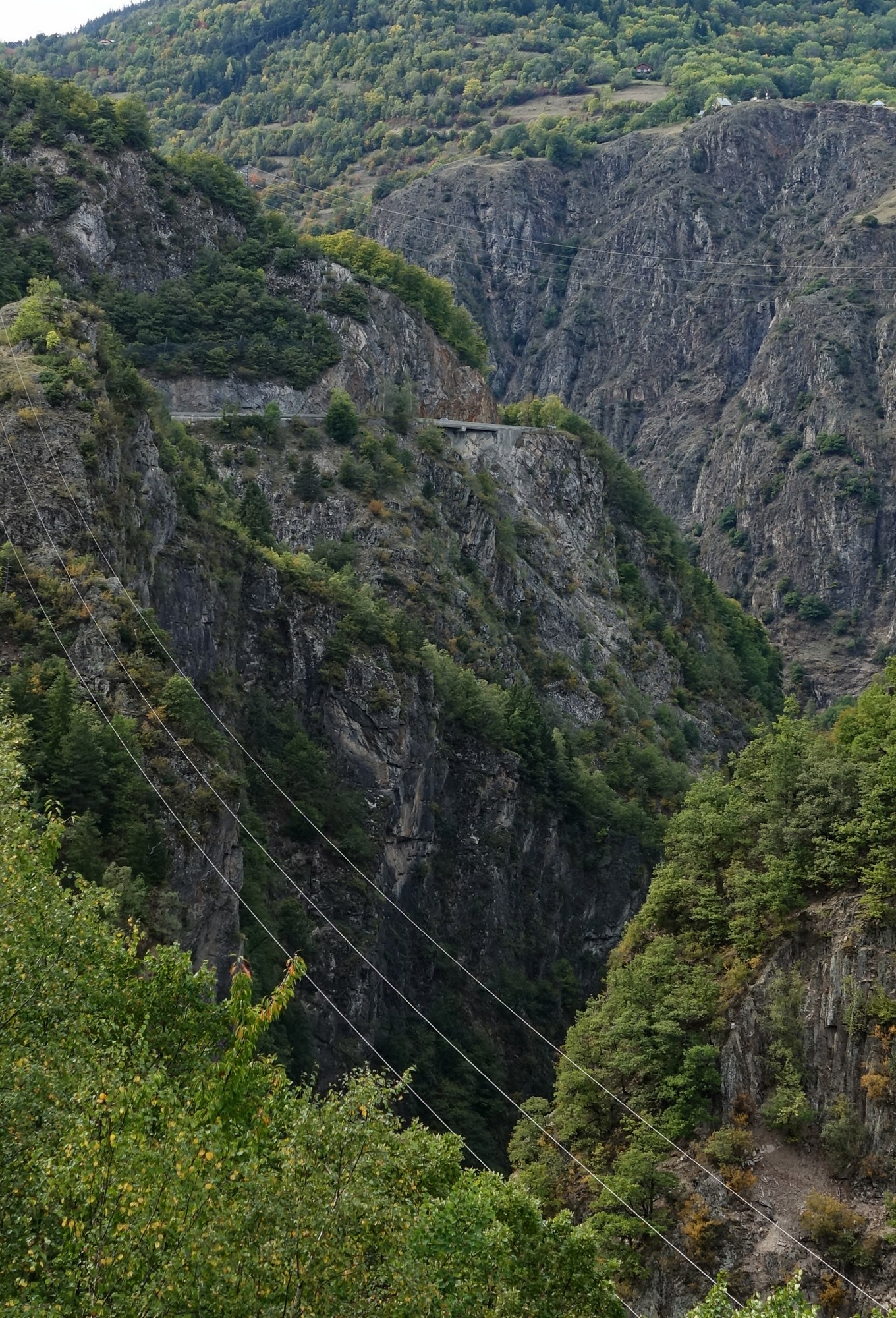 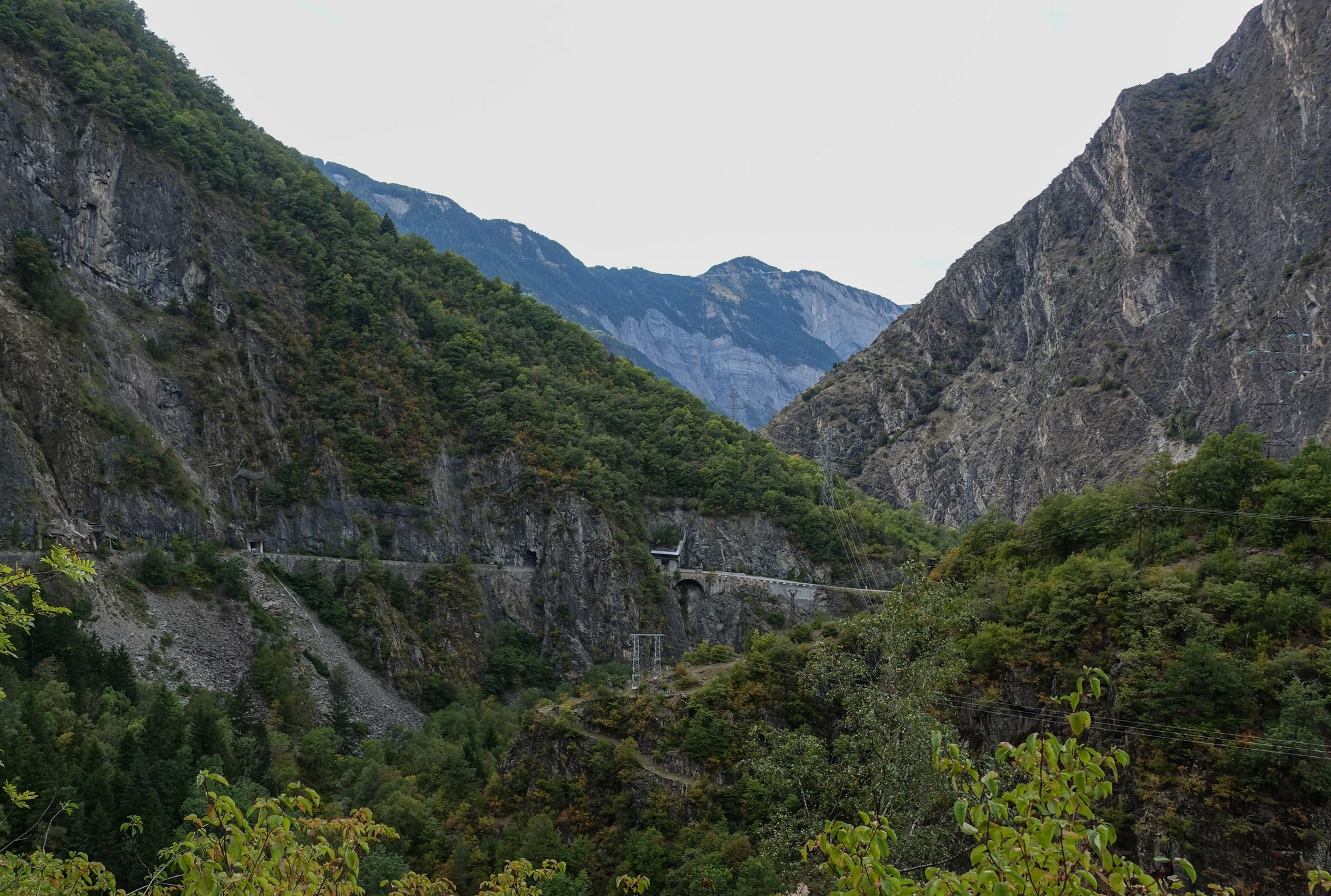 It was exhilarating. There’s no doubt that today’s ride was much more enjoyable than Alpe d’Huez in terms of scenic wonderment.

It was warm all day and I didn’t need my arm warmers or anything, even on the descents. So I had taken those for nothing really. Also I didn’t need my front light. Most of the tunnels were short or well-lit, so just the rear light was enough.

I blasted along that straight flat main road at the end feeling as good as you can after a really good ride.