I thought I’d do a relatively easy ride today after yesterday’s effort. So I planned a route over the Col de Brouis to Breil-sur-Roya and back via Italy!

I left at 12:30. As I rode through Sospel, I realised what a characterful town it is, so I got some photos at the start. The rest of the commentary was dictated into my phone at various points. 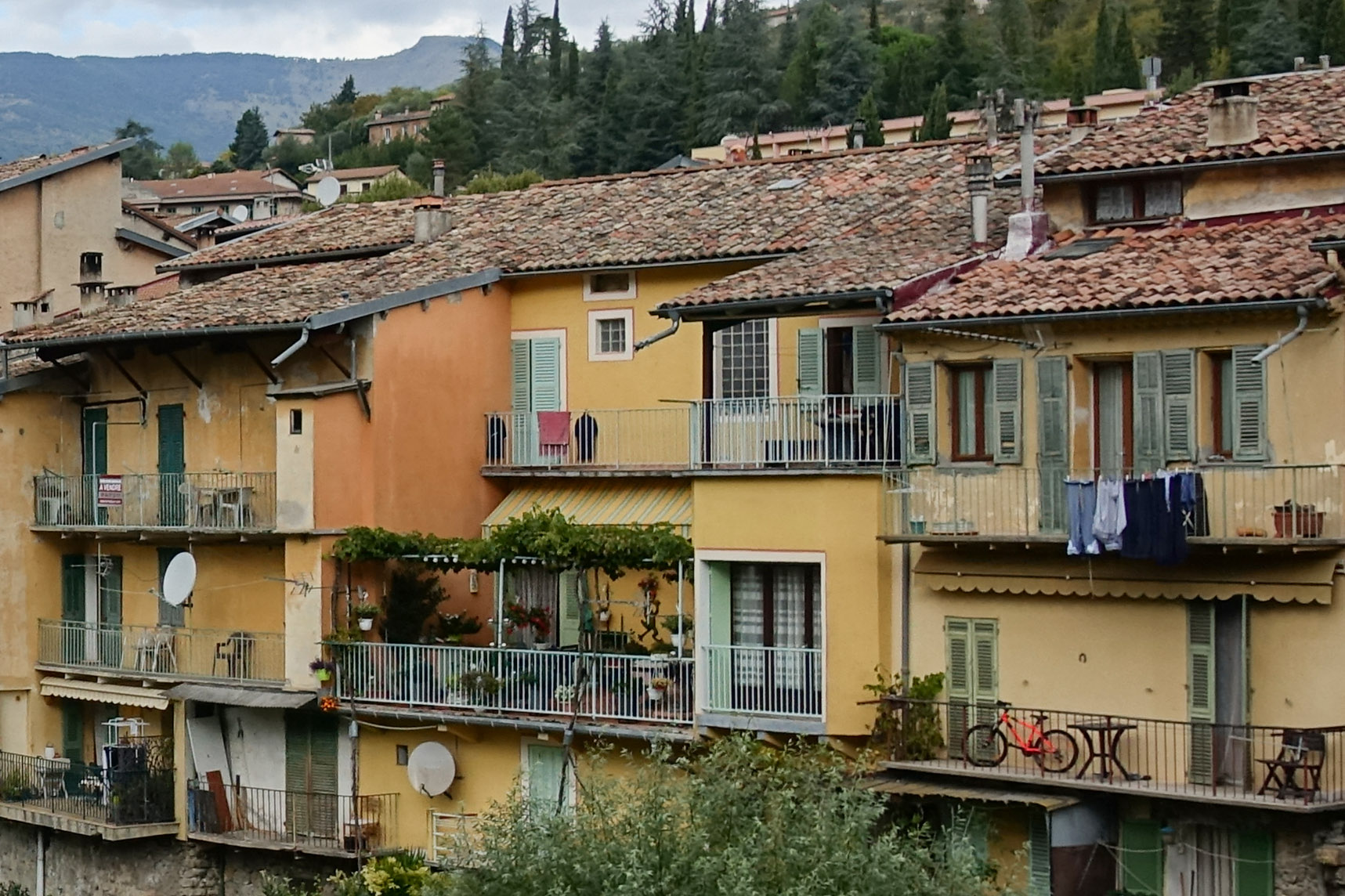 This report coming at 7.7 miles at the Col de Brouis. It has been a fairly easy ascent, mainly in 3rd and 4th gear. 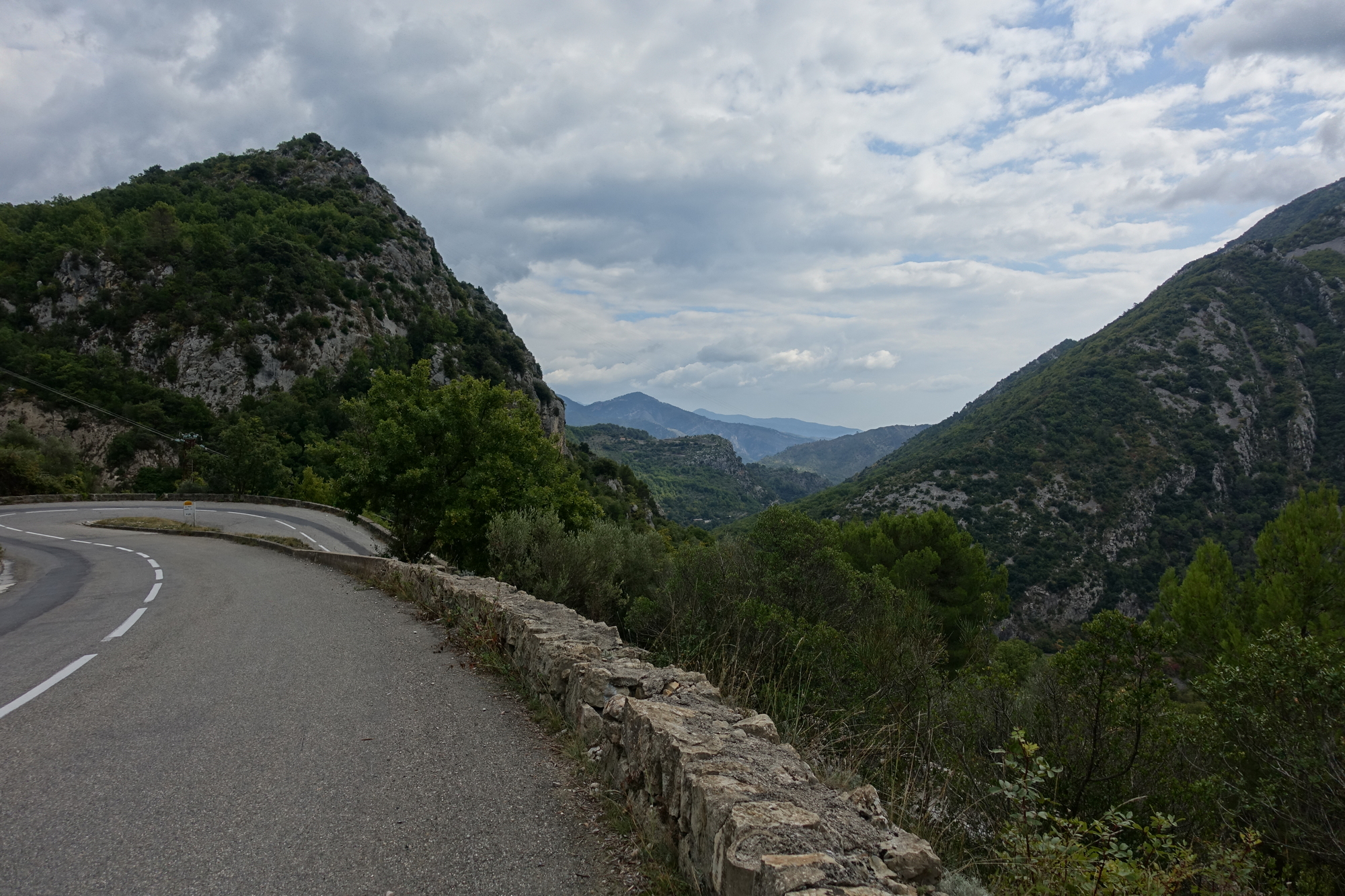 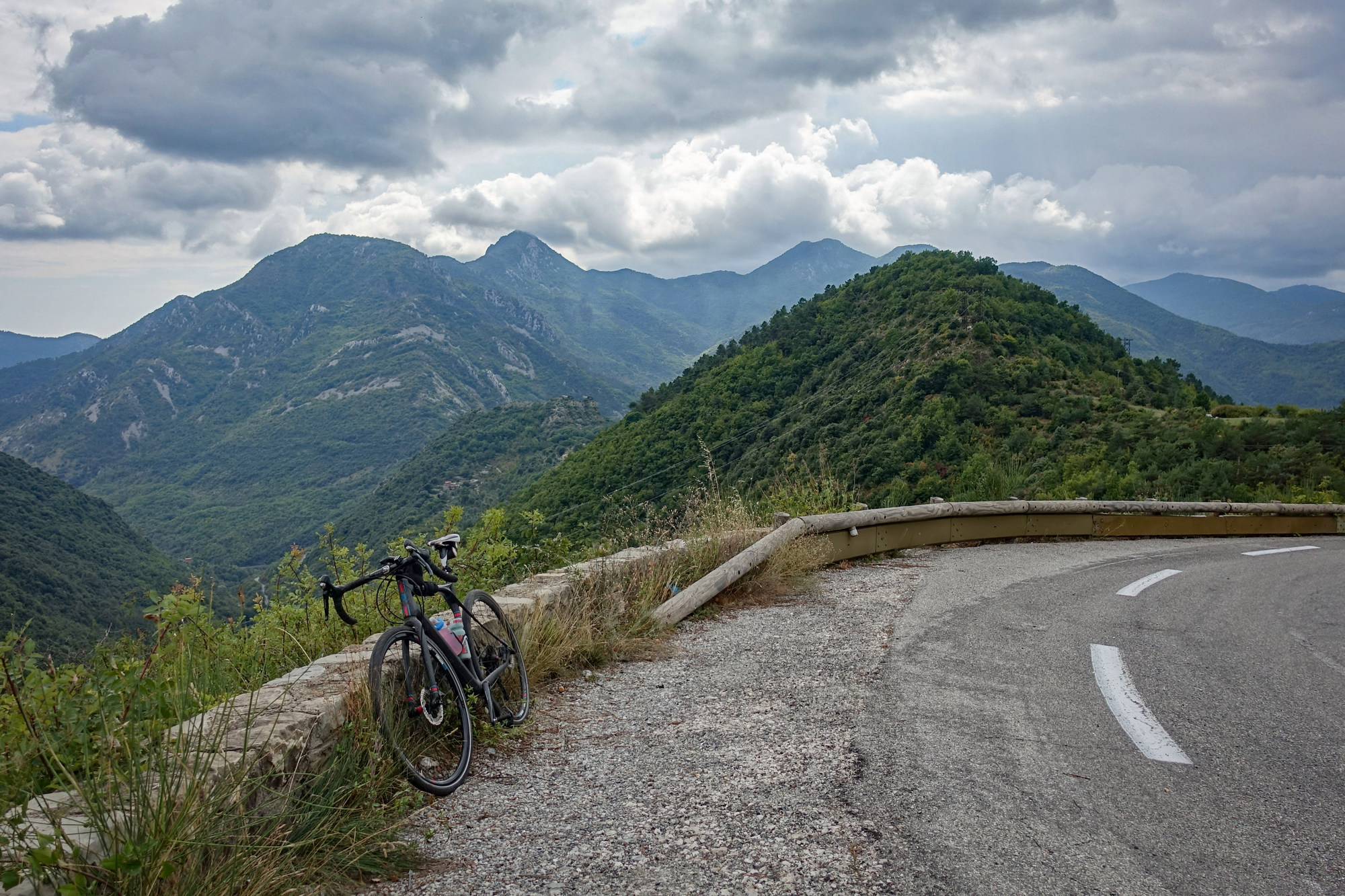 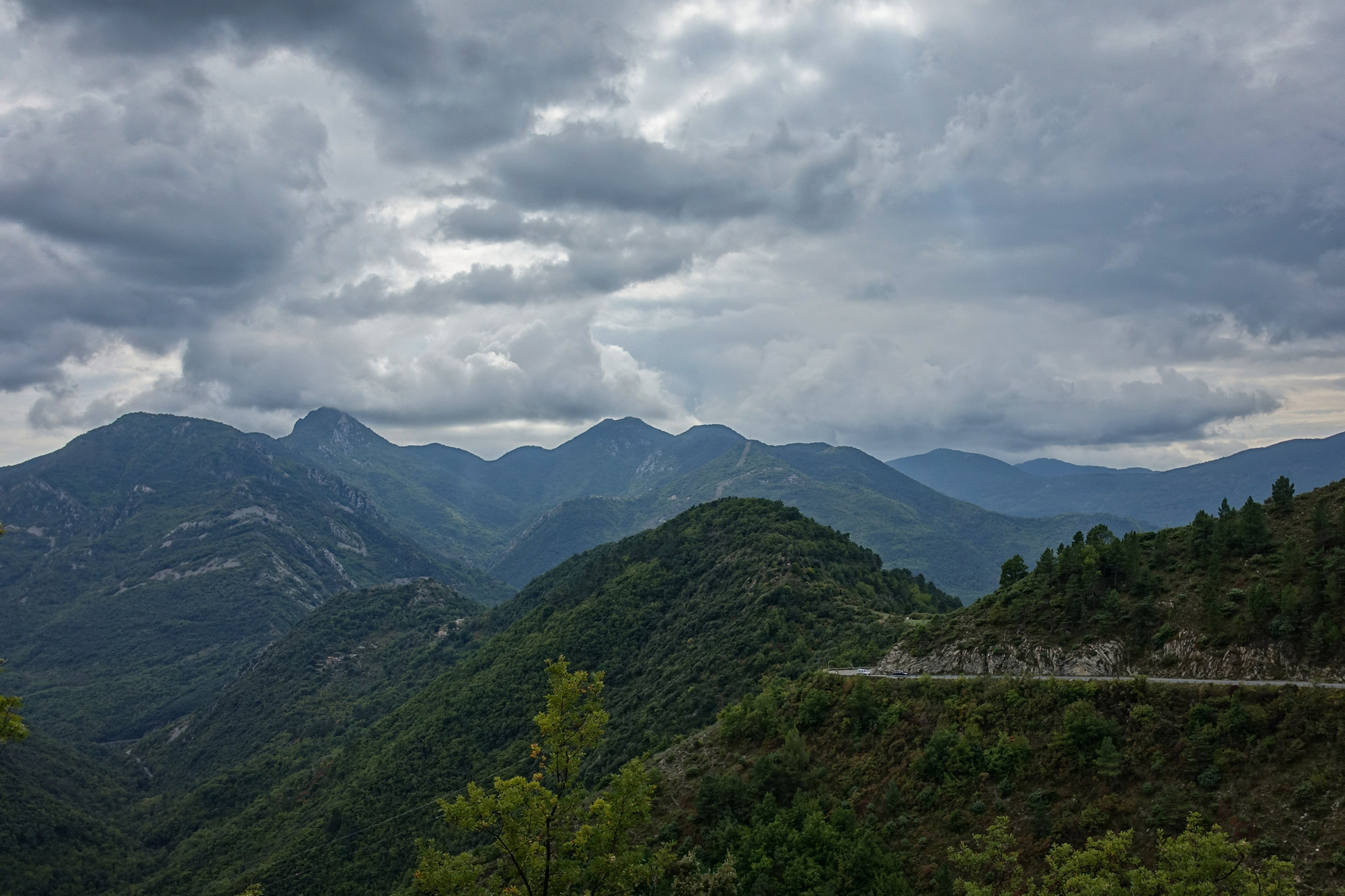 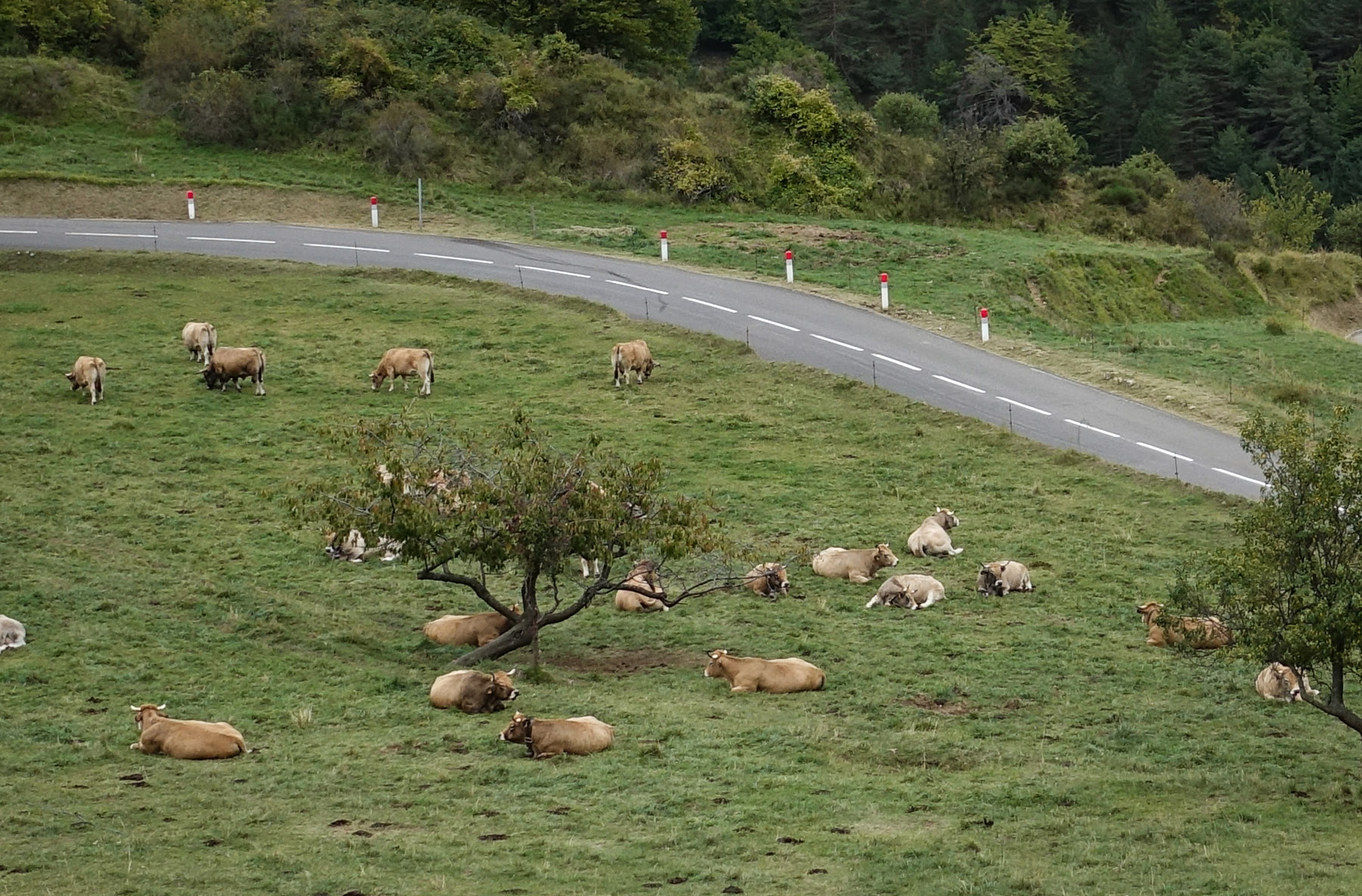 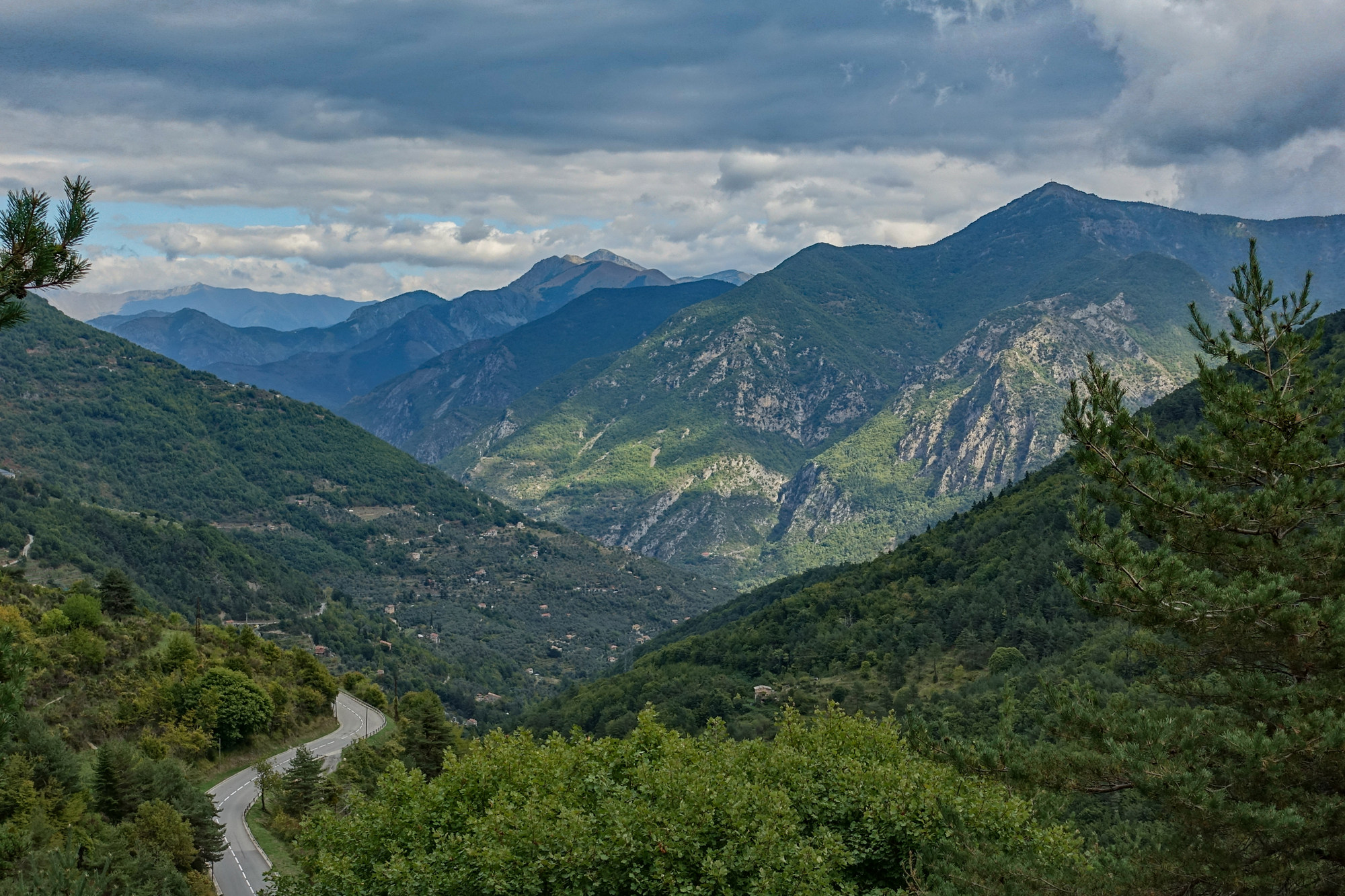 It’s a grey day but warm enough on the climb for no arm warmers. There was virtually no wind. But here at the col the breeze has picked up. On this ride I’m on the lookout for places to park my van for a ride to Col de Tende, although that will probably be from the town to which I’m just about to descend. Standing here I can feel sweat running down my neck, so I’d better put warm gear on, lest I freeze on the descent. One energy gel for climb.

This report coming from 23.5 miles, halfway up the last ascent of the day which was much steeper than I had anticipated.
Since the last report, the road descended from the Col de Brouis down into Breil-sur-Roya, a beautiful old town nestled in the mountains on a bend in the Roya where it meets le Vallon de la Lavina. 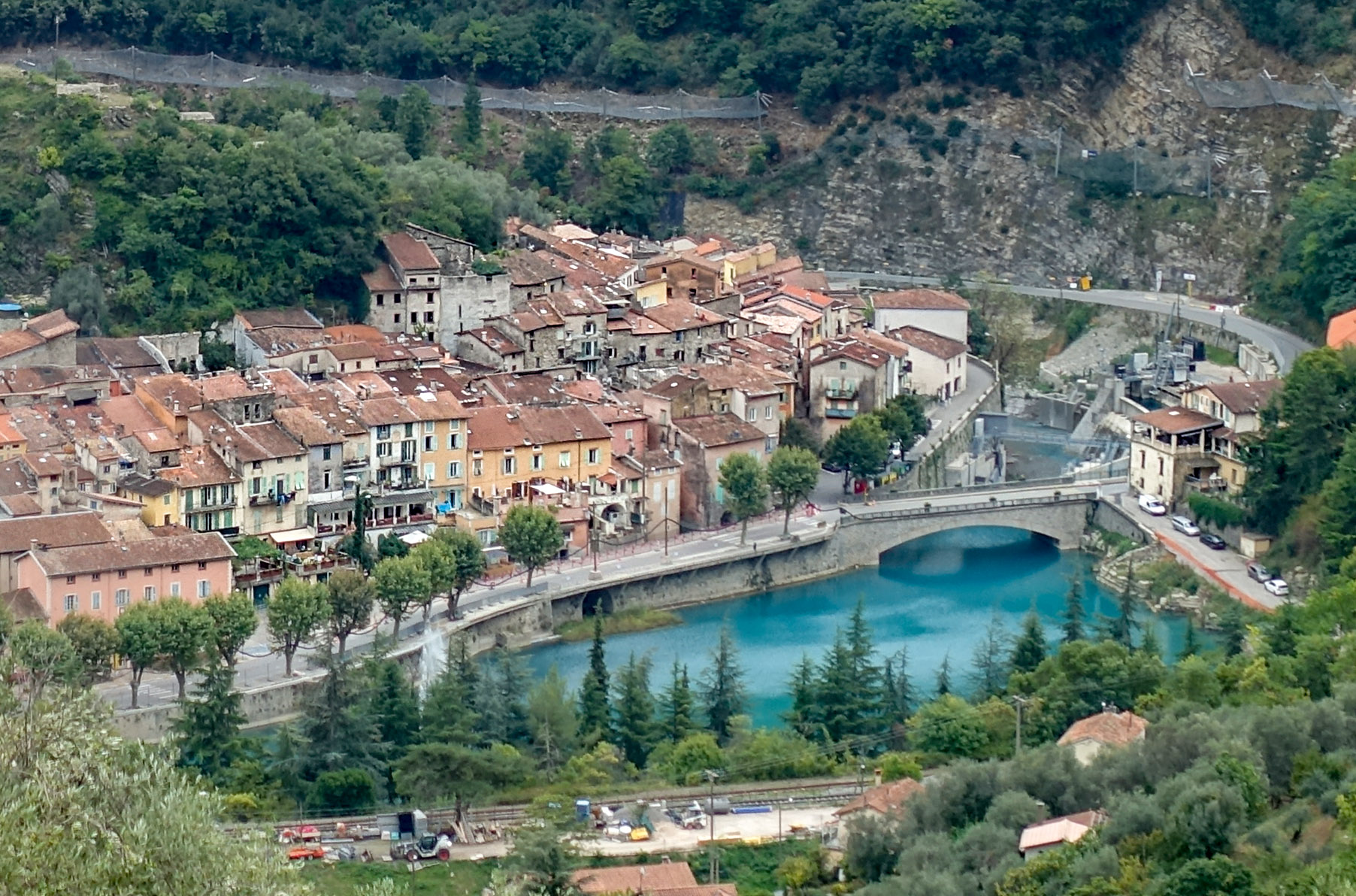 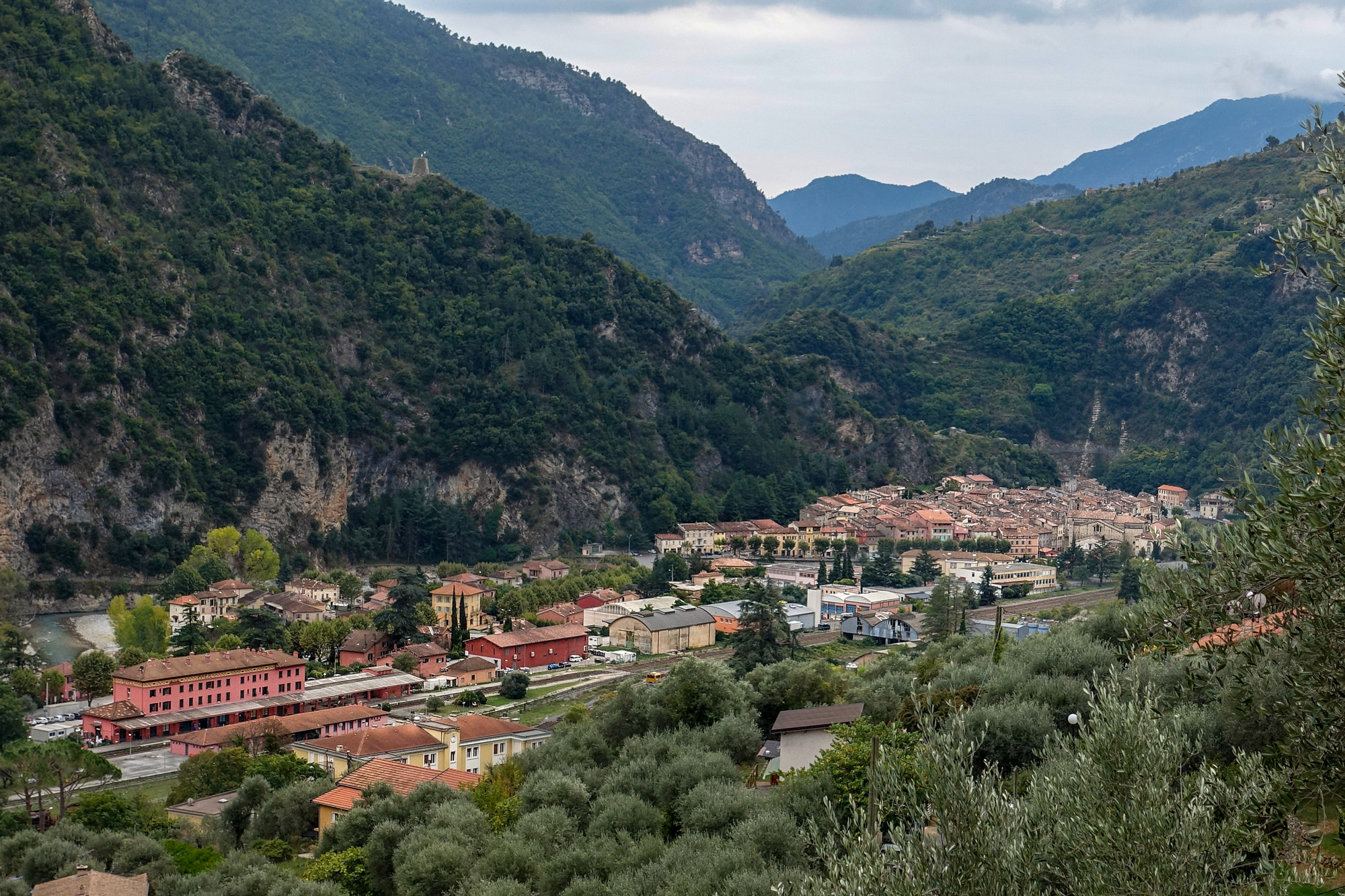 Breil-sur-Roya is one of the stops on the route of the SNCF Train des Merveilles which runs between Nice and Cuneo in Italy.

The architecture in the town was typically niçoise and the colours of the buildings just amazing, having just the right amount of dilapidation to make it look so characterful. 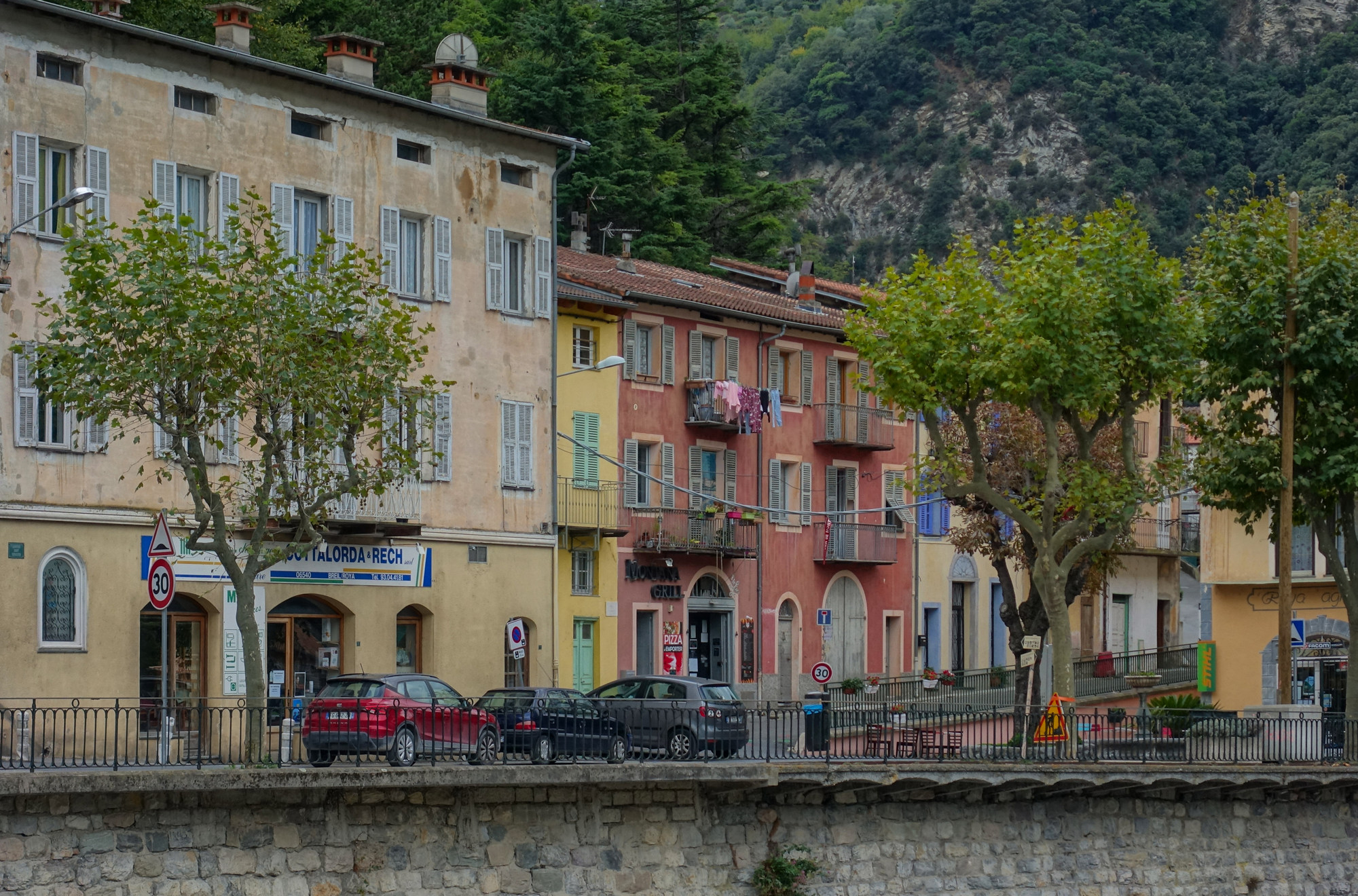 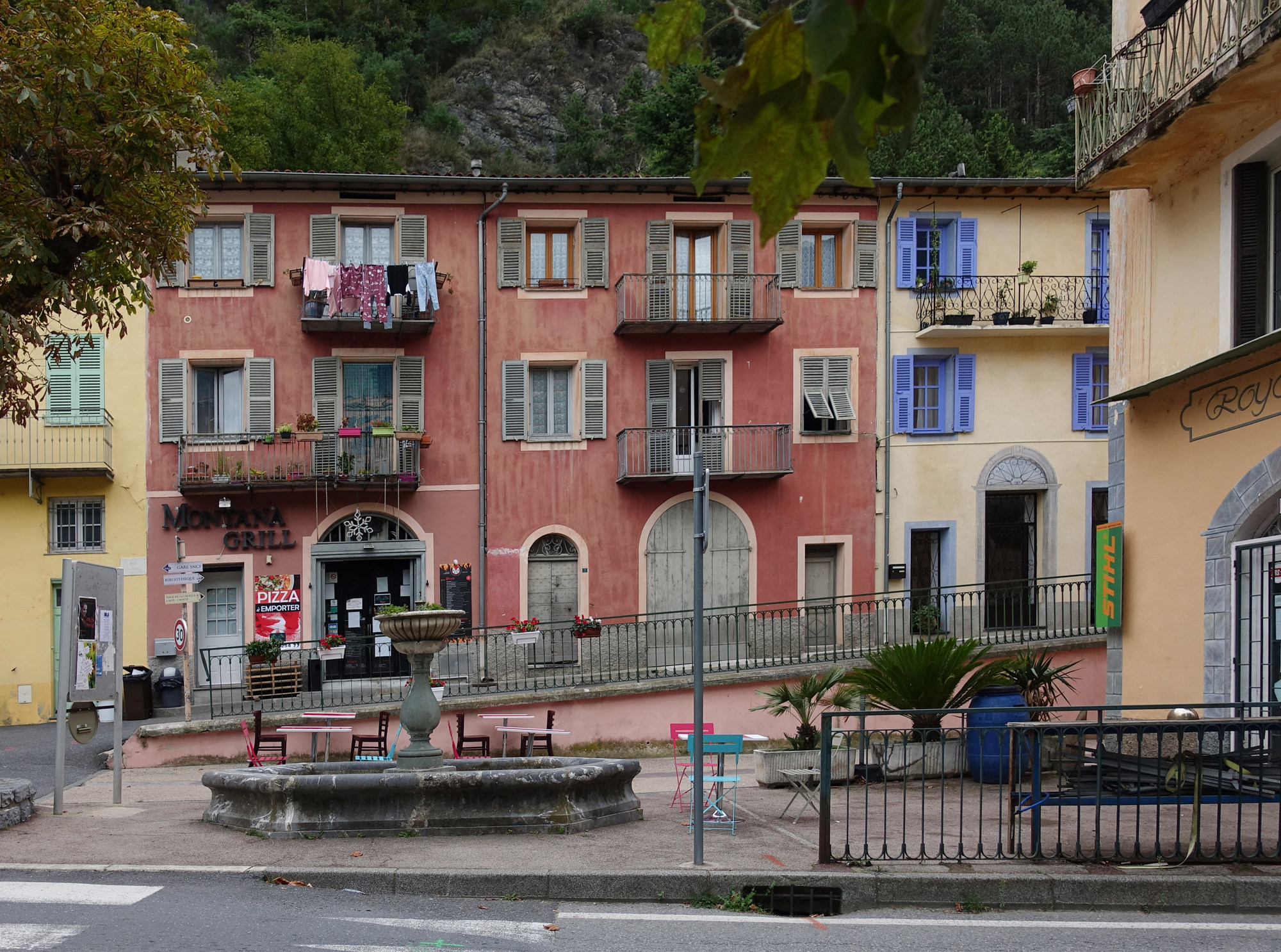 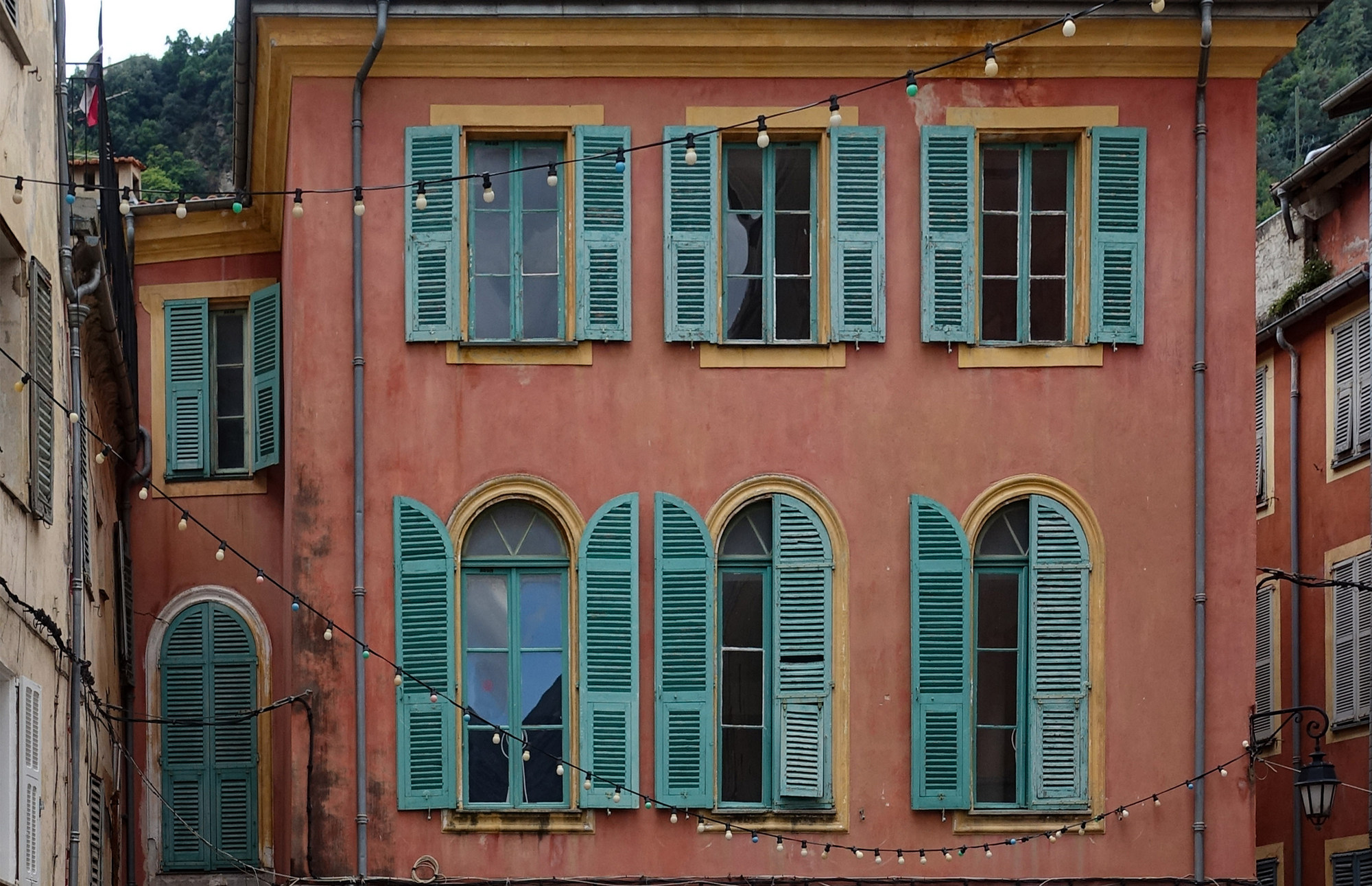 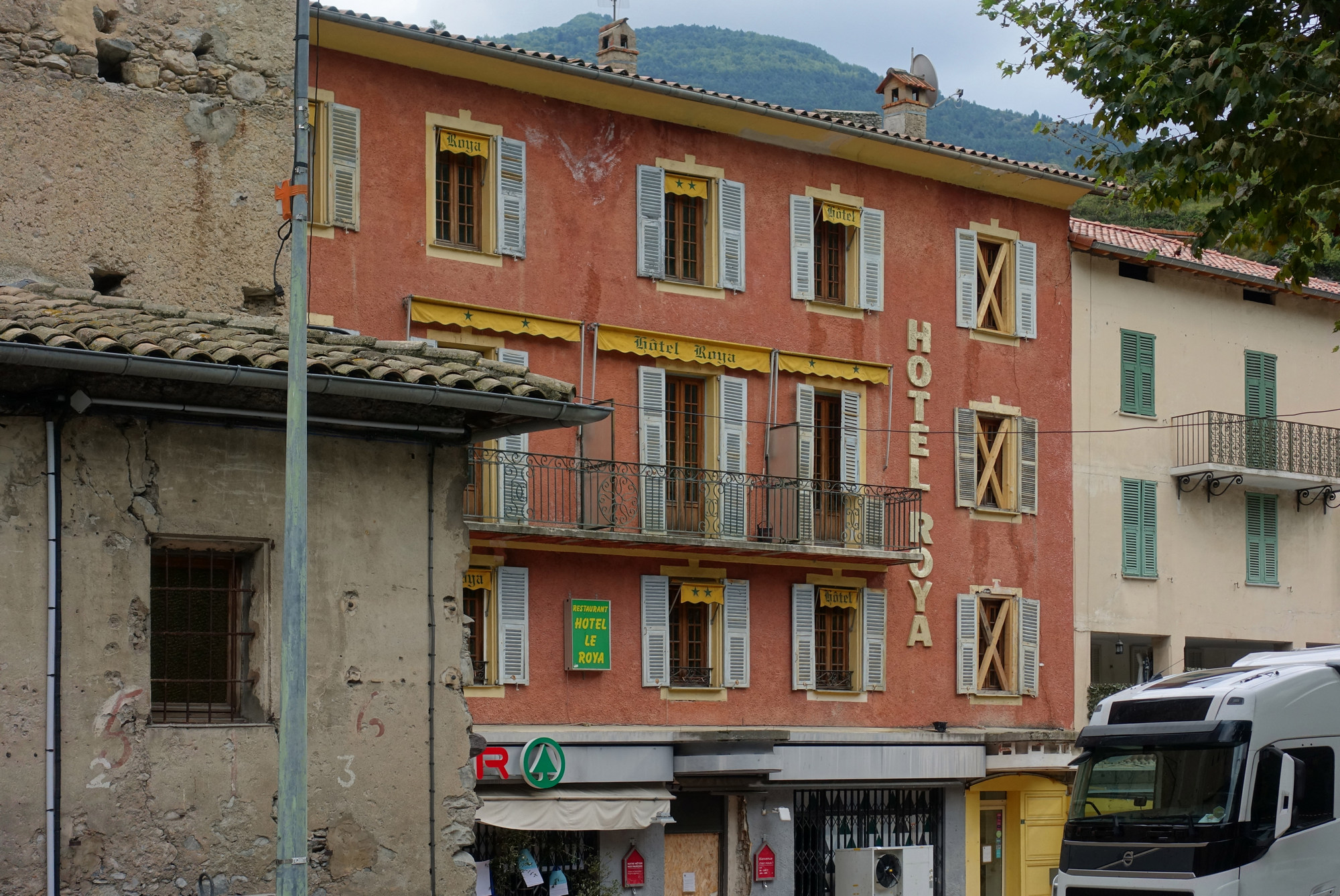 There’s a massive church, Église Santa-Maria-in-Albis, but it seems to be hemmed in; the impressive front can only be seen by looking up from a small square

Back on my bike, the road exited Breil-sur-Roya at its southern end by following the Roya, by way of a gorge, through which the road and railway each flght for dominance. I was in my element with all the bridges, tunnels and general gorgocity. 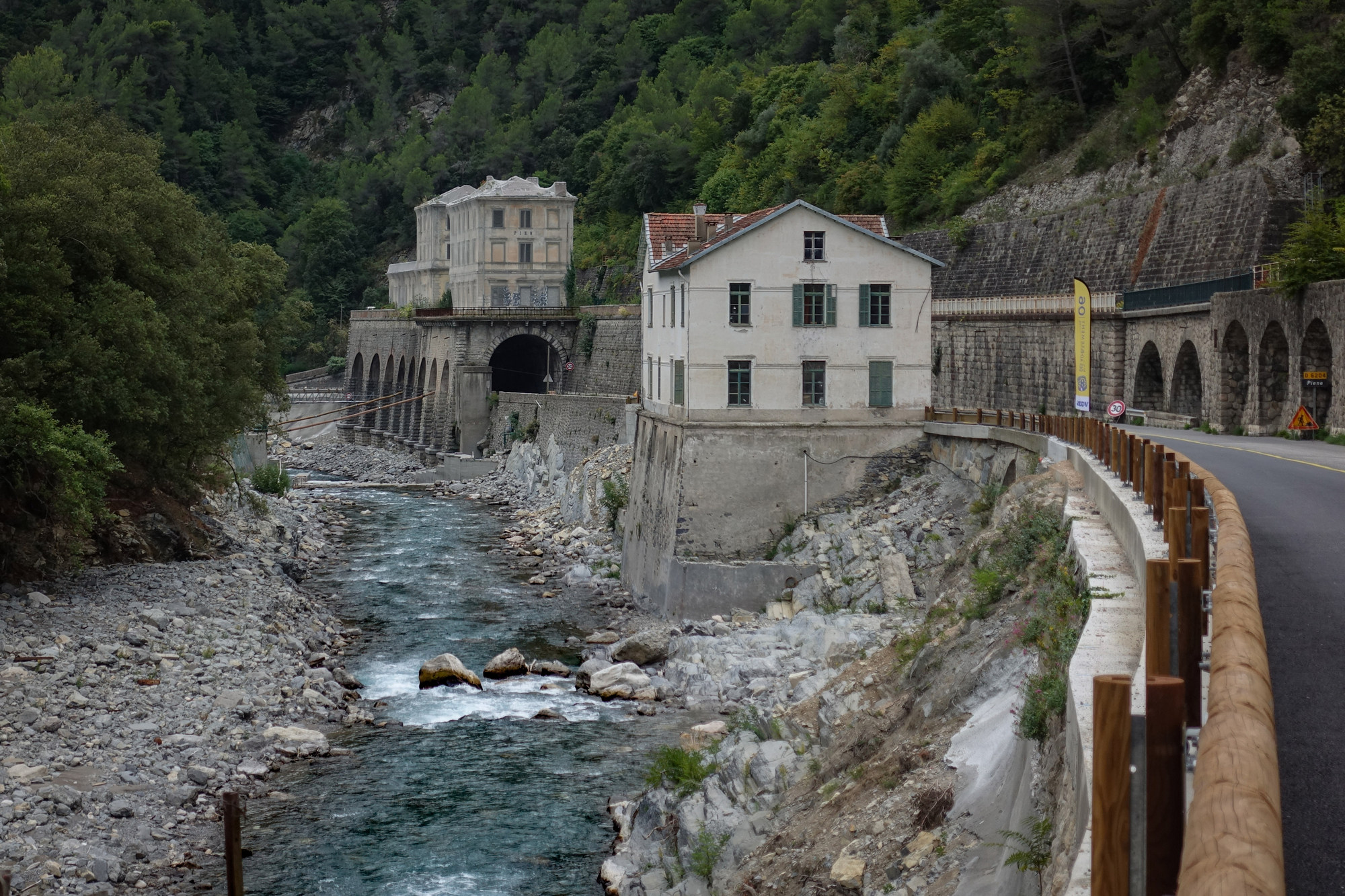 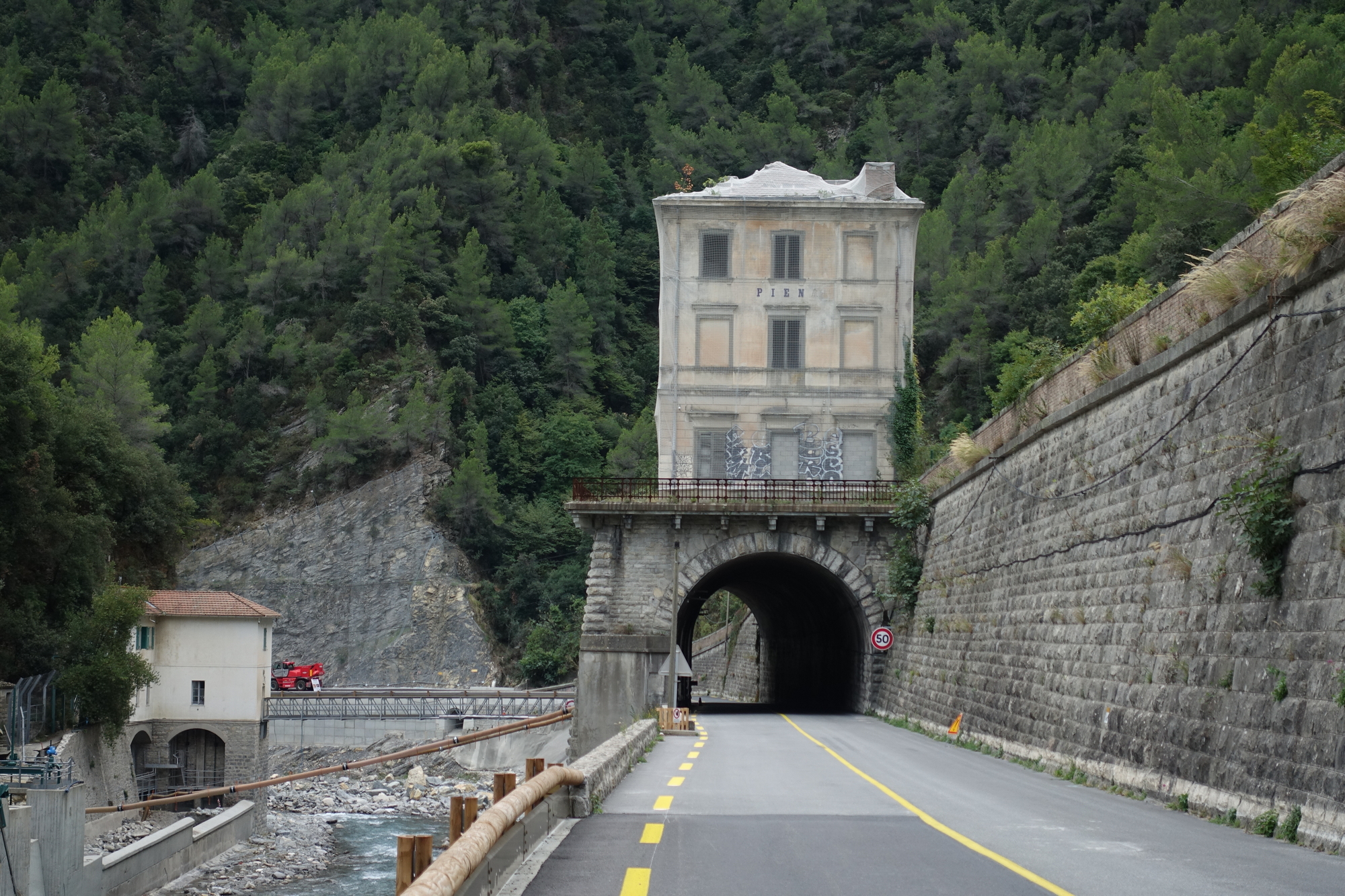 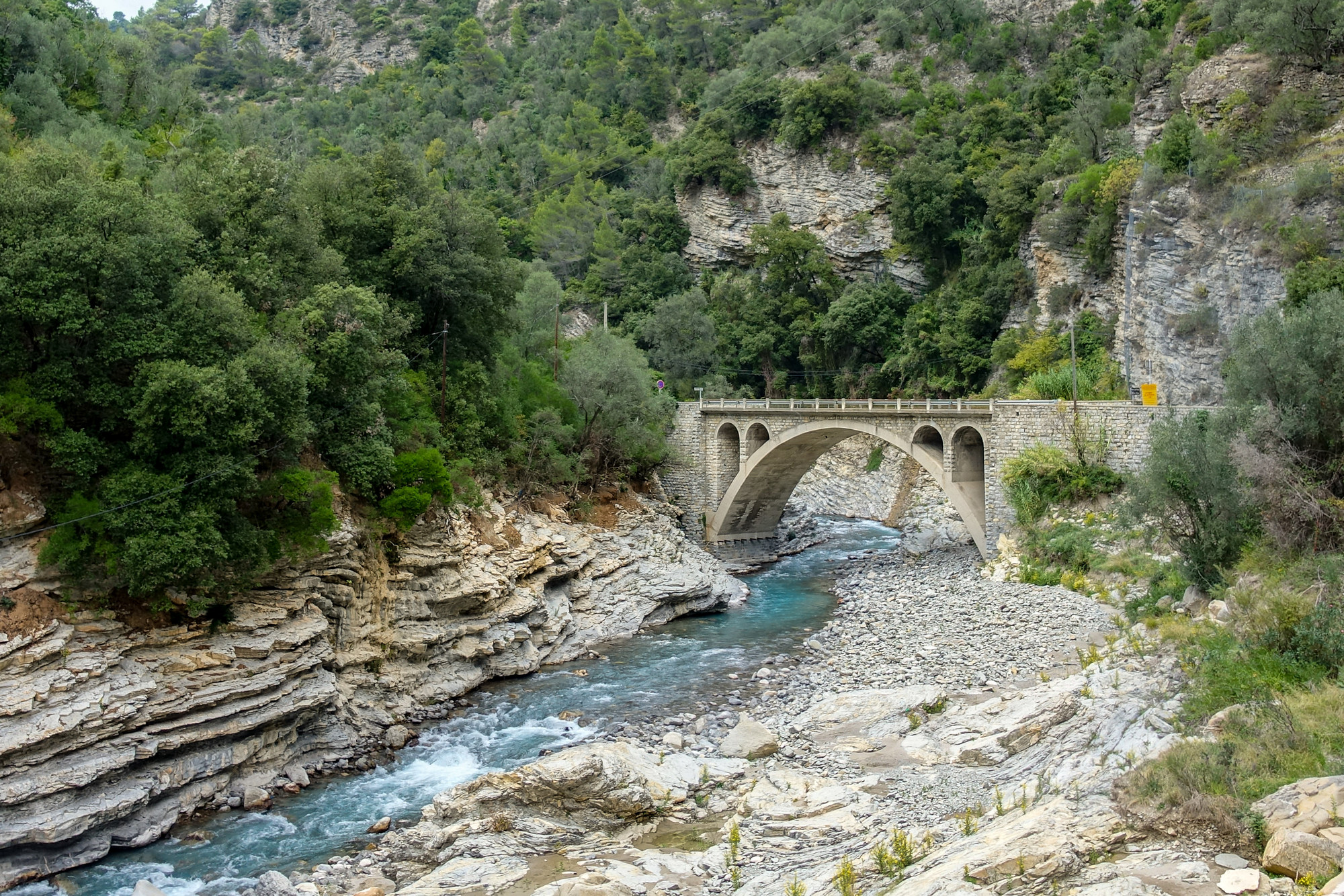 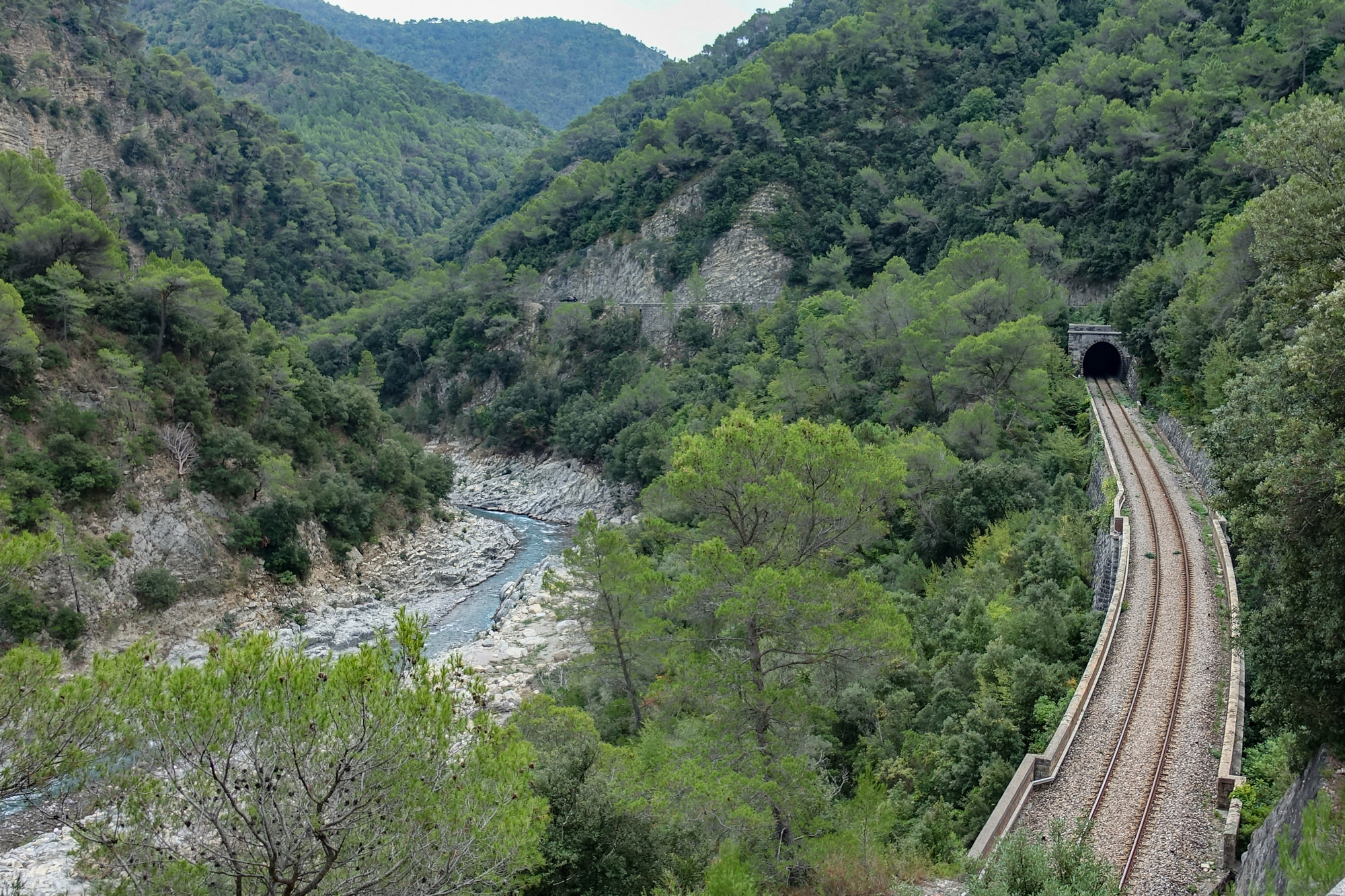 About five miles from Breil-sur-Roya the road entered Italy. There were no structures or anything to indicate the border, other than the usual speed limit reminders and in this case a notice to say that snow tyres or chains must be carried between 15th Nov to 15th Apr. The road started to climb gently. Then when I reached Olivetta San Michele there was a steep incline out of the town.

Then it was back into France. And the road started to climb significantly again. I found myself in 1st gear. Anyway I must be nearly home now but thought I’d take a break in this climb

Report coming at the end of the ride: Not much to say really except that I made a stupid mistake of not turning my Garmin on again after the last report. It had been beeping away madly because I was right next to a rockface so I turned it off temporarily but forgot to put it back on again until after all those switchbacks.

That climb continued for another couple of hairpins until I reached the Col de Vescavo. Had I known that climb was going to be that significant I would have had another energy gel before starting it. As it happens I made it ok.

The railway often made its presence felt, appearing in the distance on viaducts or popping in and out of tunnels. 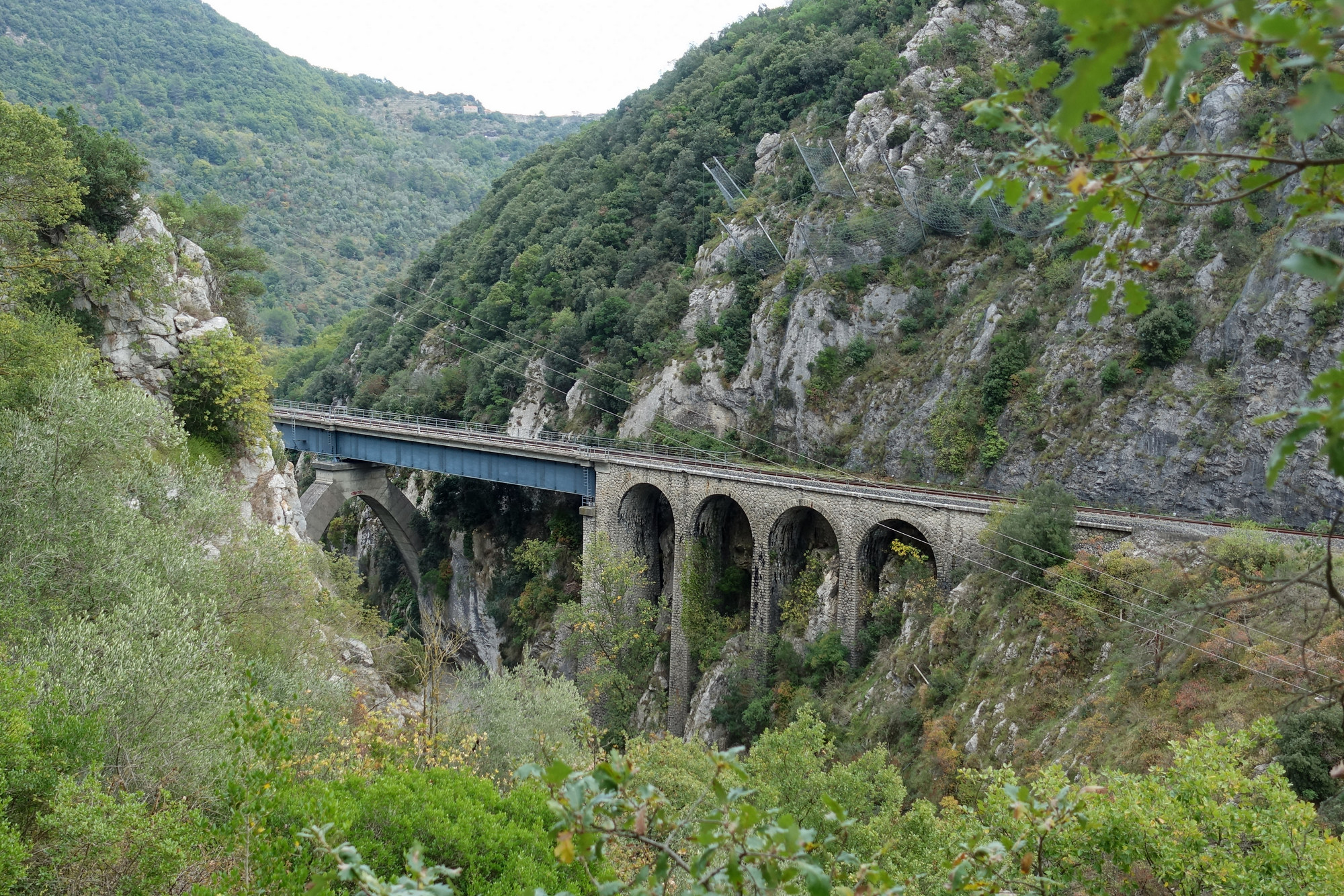 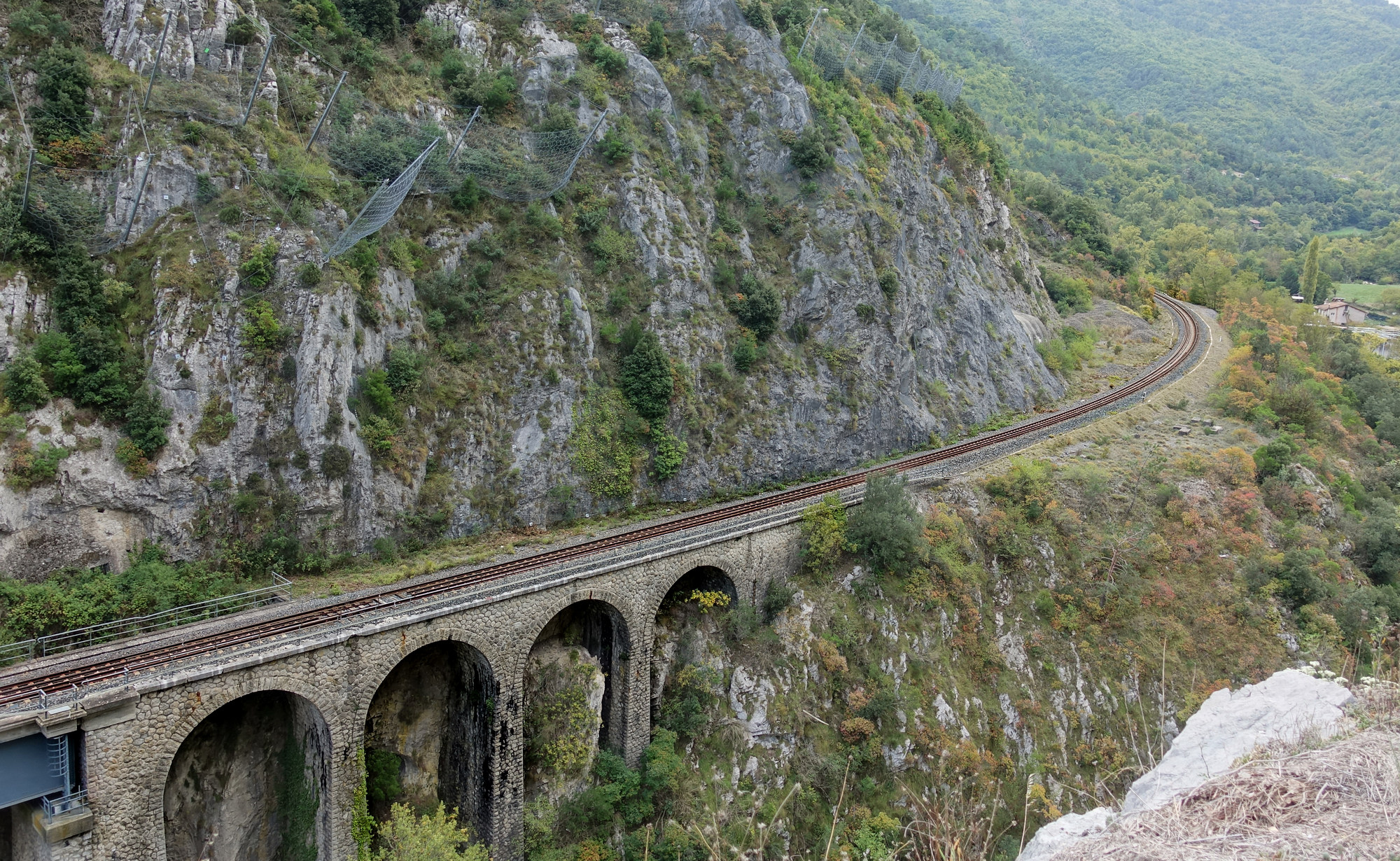 After the Col de Vescavo there was a descent nearly all the way to Sospel. 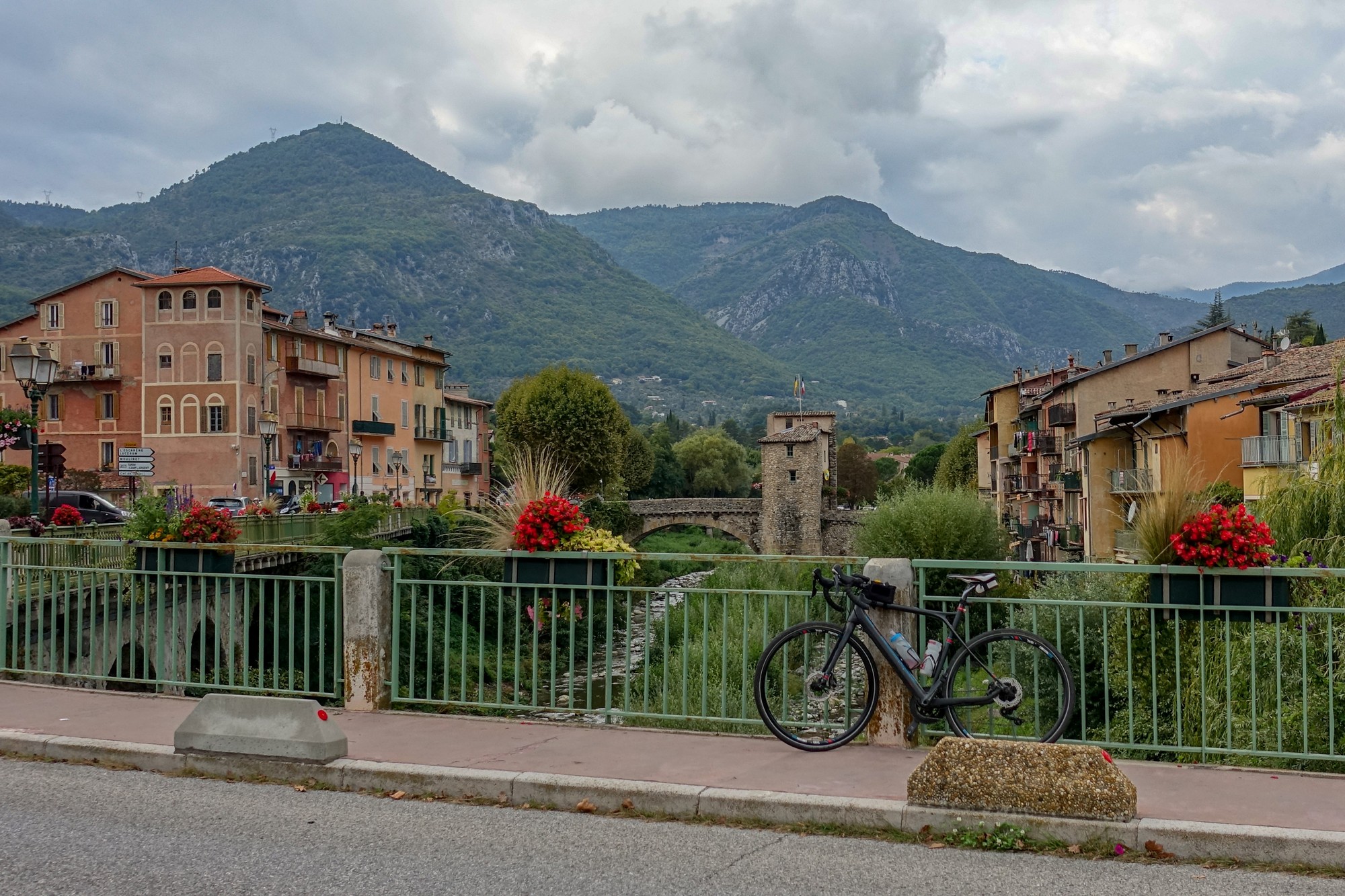