I was trying to get a decent ride in every other day this week. Today I chose what seemed to be a fairly easy route around Ashford and back. The last thirty miles of this route was through the Vale of Kent and, therefore, flat.

It was a beautiful sunny day with light winds. It would have been nicer had it been a couple of degrees warmer than the max of 19°C though. It was only 16°C when I left. I wore a base layer but short sleeves and at first I considered turning back to get my arm warmers, but in the end I pressed on. It was one of those days that wasn’t quite warm enough when the sun went in.

The first seventeen miles of this ride to Lenham and beyond was on familiar roads that I have ridden quiet a bit lately. When I veered east towards Chilham I was in lesser (or even ‘un’) known territory. 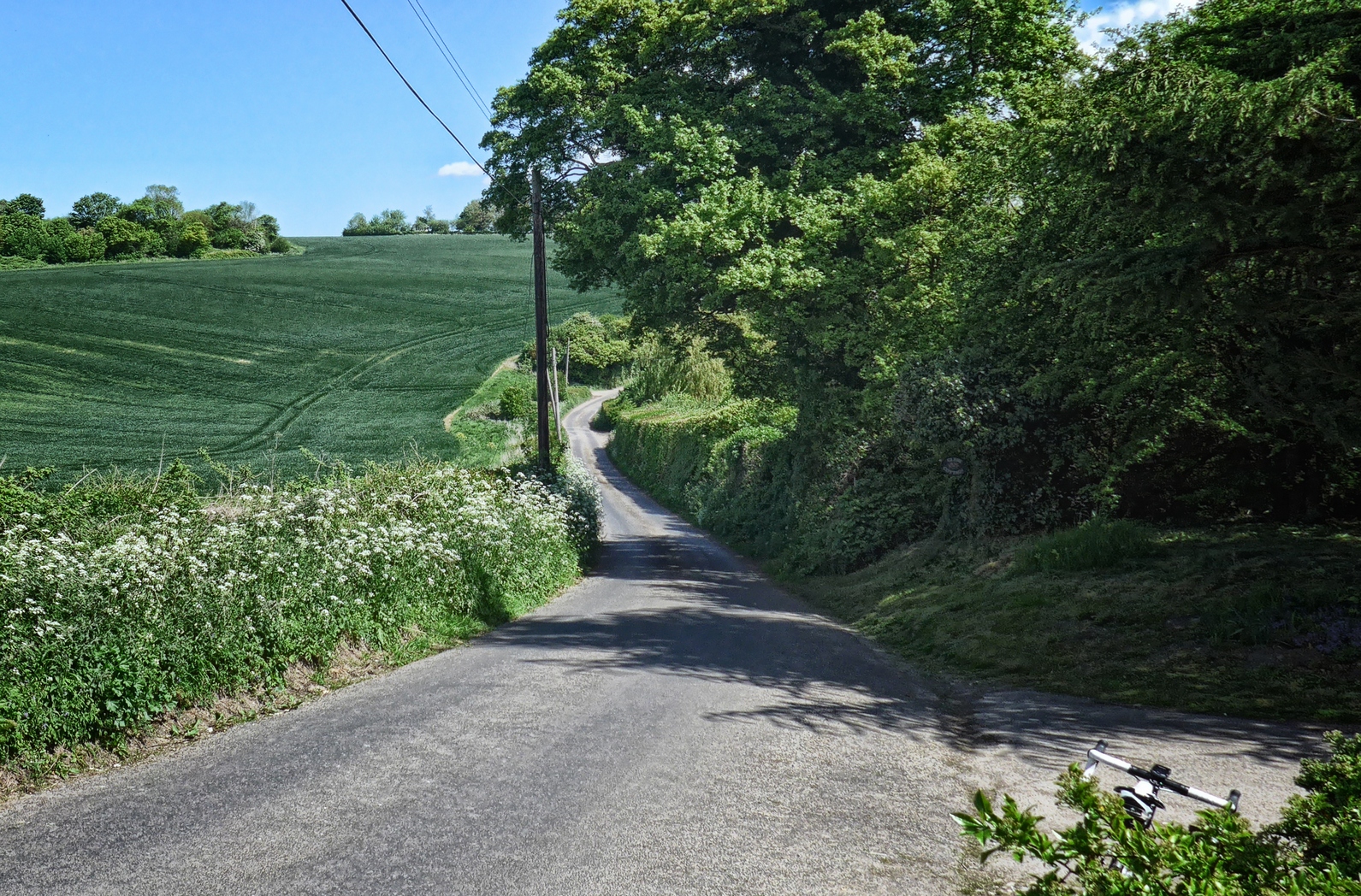 I rode through the lovely village of Shottenden and joined the A252. “Oh look, there’s the Badgers Hill Farm & Cidery that I rode to with the club recently” I thought, as I passed it doing about 20 mph. No sooner had this thought struck me than several large airborne objects also started striking me. What the….? Bees! A huge swarm of them. Bouncing off my face, my arms, my legs, my glasses. It probably only lasted five seconds or so but when I came out the other side I was aware that my teeth were clenched tighter than a <insert suitable metaphor here>. I must have been making sure my mouth was firmly shut. I had sort of clenched up my whole body rigid and squinted my eyes as I ploughed through them. Afterwards, one was on my goggles. I didn’t know if it was inside or outside so I took them off and shook it off. Then I noticed there was one on my leg, so I brushed that off and proceeded, over the next few hundred metres, to brush down every part of me. But I didn’t find any more.

I was so lucky that I hadn’t had my jersey unzipped or my mouth open, and that none had got caught in the vents of my helmet! It was one of the scariest things that has happened to me on a bike.

The next eight miles were a gradual climb back up The Downs, leading to an amazing view out towards Romney Marsh: 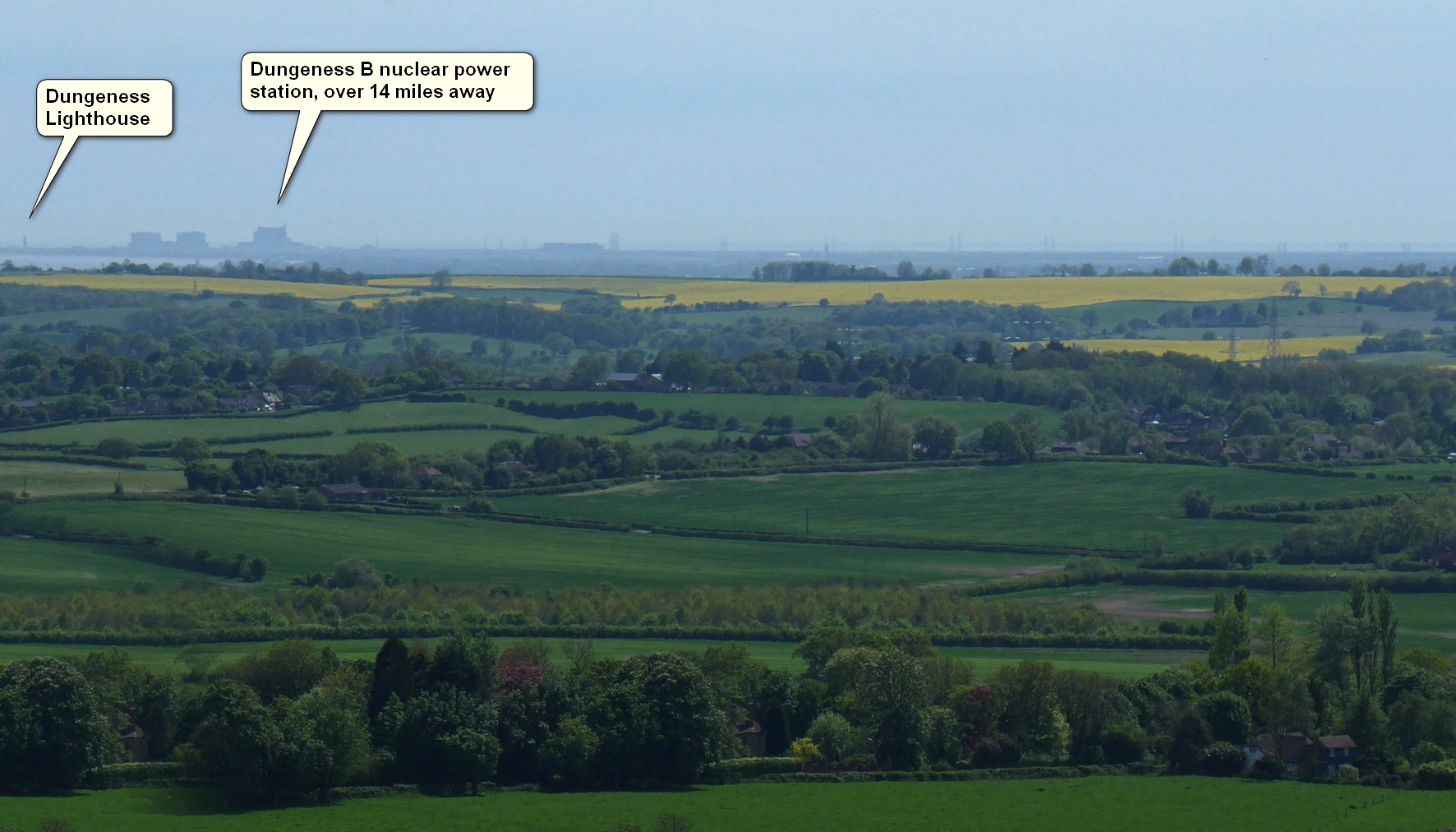 I stopped and took some photos. It was really peaceful up there. Just after that I plunged nearly 400 feet down towards the edge of the Marsh but not quite onto it as I veered west to cut through, north of Hamstreet, into the Vale of Kent for the easy ride home. There were lots of smooth, fast roads on this route and I averaged 17.3 mph over the remaining 28 miles.