That’s Botany Bay, Kent, by the way, not Australia! It was a beautiful sunny day and not too hot – ideal cycling weather. I was considering riding to Whitstable and then ride the Oyster Bay Trail coast path all the way to Botany Bay (those names sound so exotic don’t you think?), but I realised that I would have to ride 20 miles along the coast path shared with other users and the going would be really slow compared to roads. So I decided against it. Here’s the route I eventually took: Apart from a lumpy section between Charing and Canterbury the route wasn’t very hilly. East of Canterbury and onto the Isle of Thanet, in particular, was very flat. [In case you’re wondering why it’s called the Isle of Thanet it’s because in the past it was separated from the mainland by the nearly 2,000 feet (600 m) wide River Wantsum.]

The first part of the ride, the hilly bit, was full of beautiful rolling hills and far-off views. The last 20 miles or so were largely flat and featureless, which didn’t inspire me to stop and take photos. I found this ride quite a slog, which it shouldn’t have been given the distance and flatness. Maybe I didn’t eat enough. I had one banana and two slices of fruit loaf – doesn’t sound a lot really! Because of the warm weather I was determined to keep hydrated – I aimed to drink 2 bidons by the time I got there; by half way I had drunk about half my supplies so I was on target, but I still had too much left at the end of the ride – it’s so difficult to judge. I arrived at Botany Bay at 7pm, just in time for the evening sun to be casting a golden glow across the sands. It’s quite a secluded beach, being sheltered by chalk cliffs. I stayed on the beach for a couple of hours having a barbecue with friends and watched the sun go down. 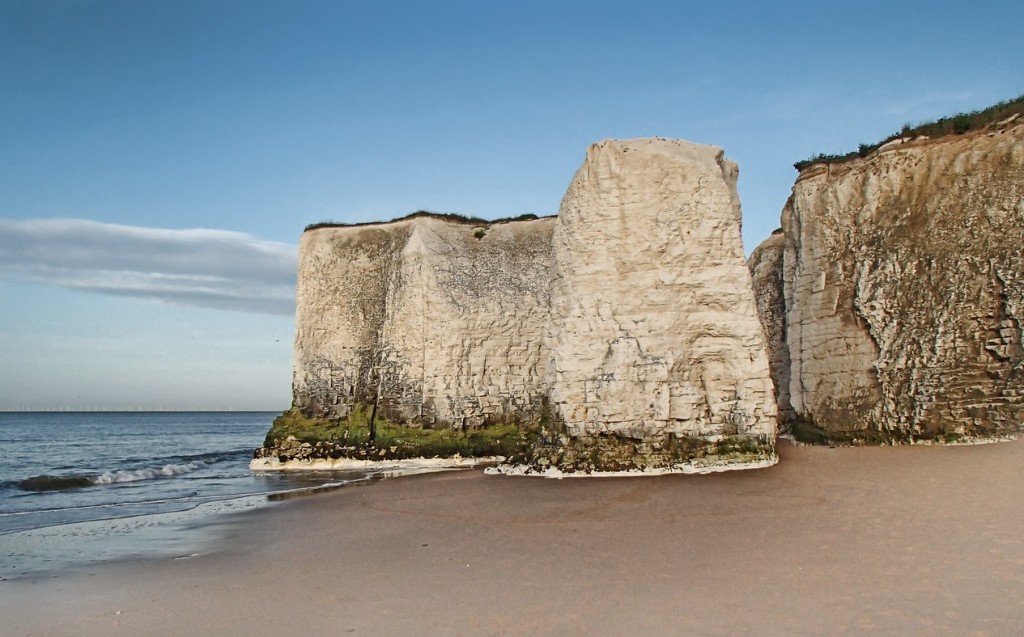 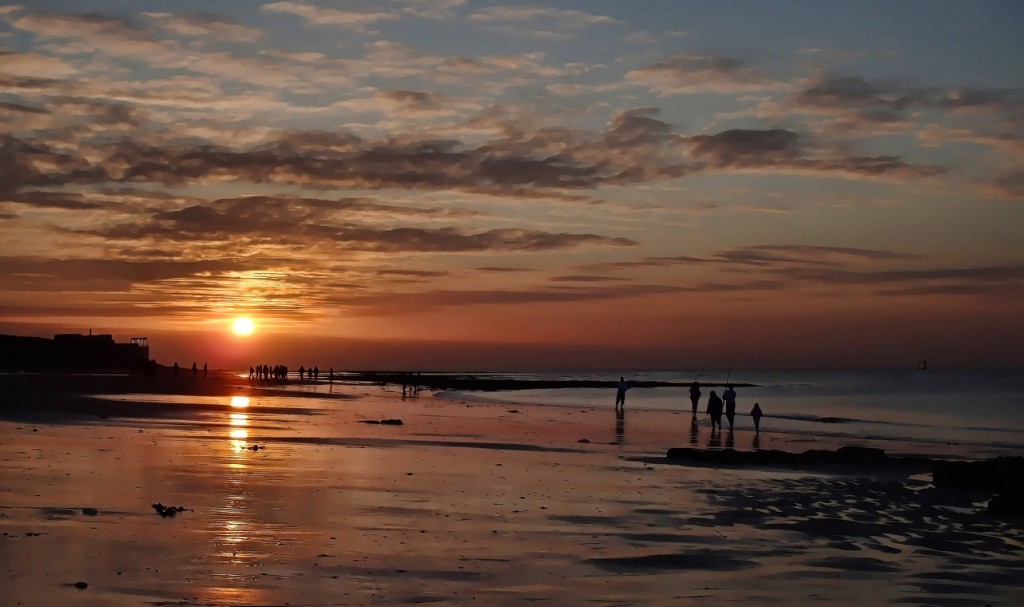 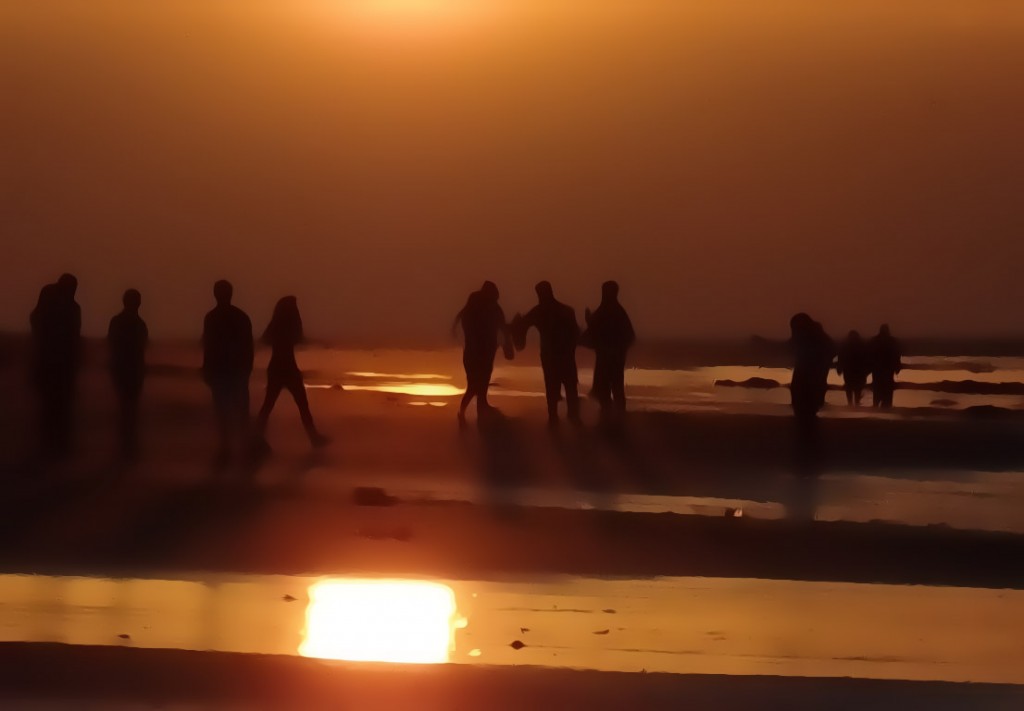