That title has nothing to do with the Kama Sutra! It merely refers to the fact that this ride is a reversed version of one I did last Summer. And the reason I went the other way round is so that the wind would be behind me while riding along the coast.

At last I can use those words that I seemed to begin all my posts with last year: “It was a beautiful sunny and warm day”. I was really lucky with the weather today. I left at 9:00 AM wearing just my short-sleeved jersey and shorts with no extra stuff like arm-warmers or rain jacket. Actually I didn’t leave exactly at nine; I was running slightly late, as usual, and left at 09:08, which meant I had eight minutes less than I I had planned to have in order to meet my friend at Hamstreet at 10:40. Usual story! So I put in a solid effort and managed to get there one hour and thirty one minutes later to arrive bang on time having averaged a respectable 17.8 mph.

We set off from Hamstreet and onto the peaceful lanes of Romney Marsh as we headed for Dymchurch, with the wind not exactly behind us but still in our favour. We stopped for a coffee and toasted cheese sandwich at my ‘usual’, the Pie and Mash shop. 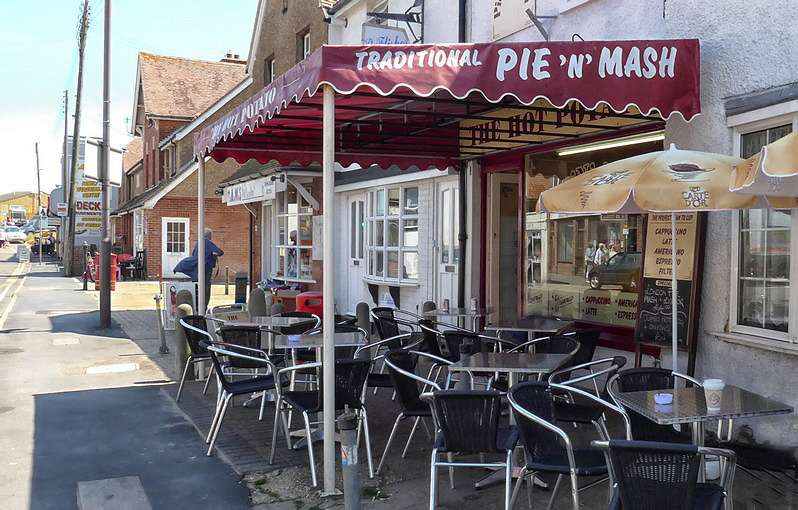 Suitably fuelled we set off along the sea wall. 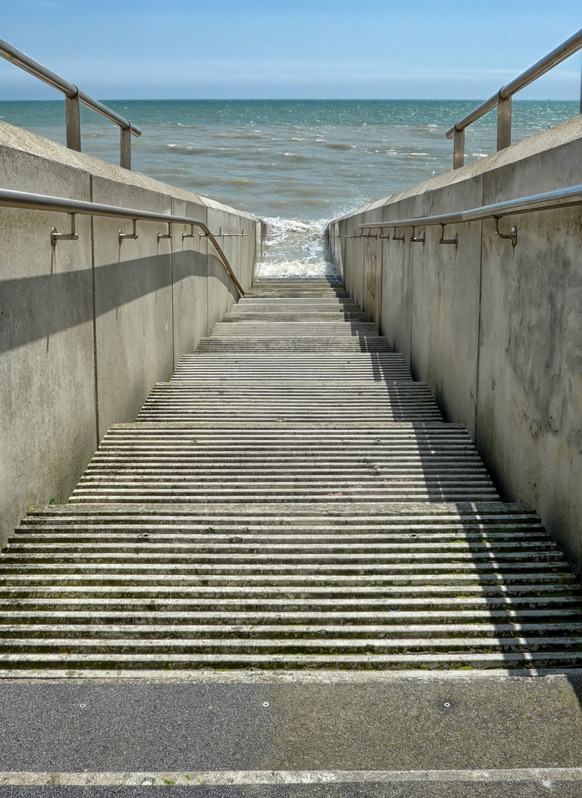 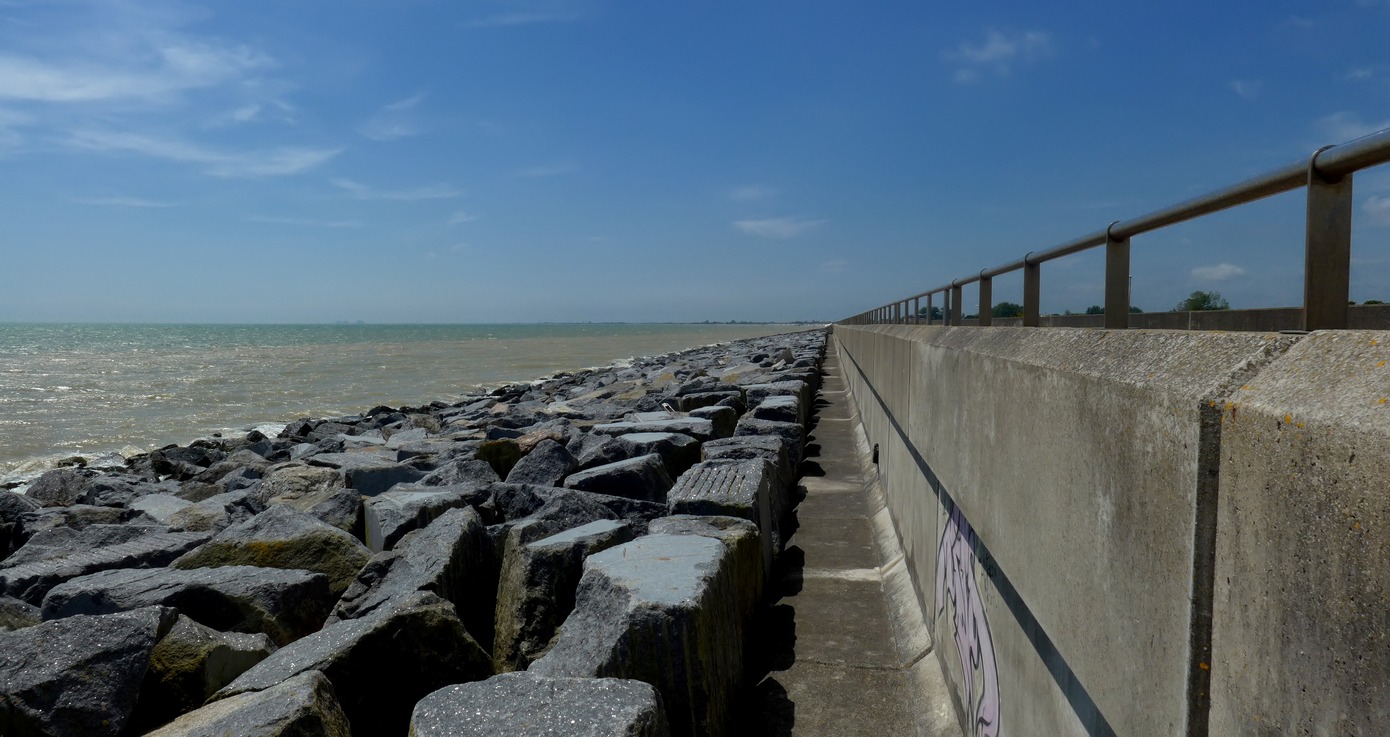 With the wind behind us we ‘sailed’ along the smooth concrete of the sea wall.

At Hythe we had to cut inland to skirt the firing range. I wish they’d get rid of this range so you could stick to the shoreline. Once through Hythe we rode almost another five miles by the sea through Sandgate to Folkestone where we faced the two-mile climb through the town culminating in Dover Hill, a steady and smooth climb of about 10-11%. I started to get very hot. Typically, at that point there was no wind. Eventually a few gusts came along to cool me down. Once at the top we rode another two miles to The Clifftop Café, somewhere I’ve passed before and wondered what it was like. The view lived up to expectations.

I usually berate facebookers for endlessly posting pictures of the meal they are about to eat, but in this case the colours were too nice to miss.

After leaving the café it was less than a mile before we turned off the road onto the clifftop path, my favourite section. 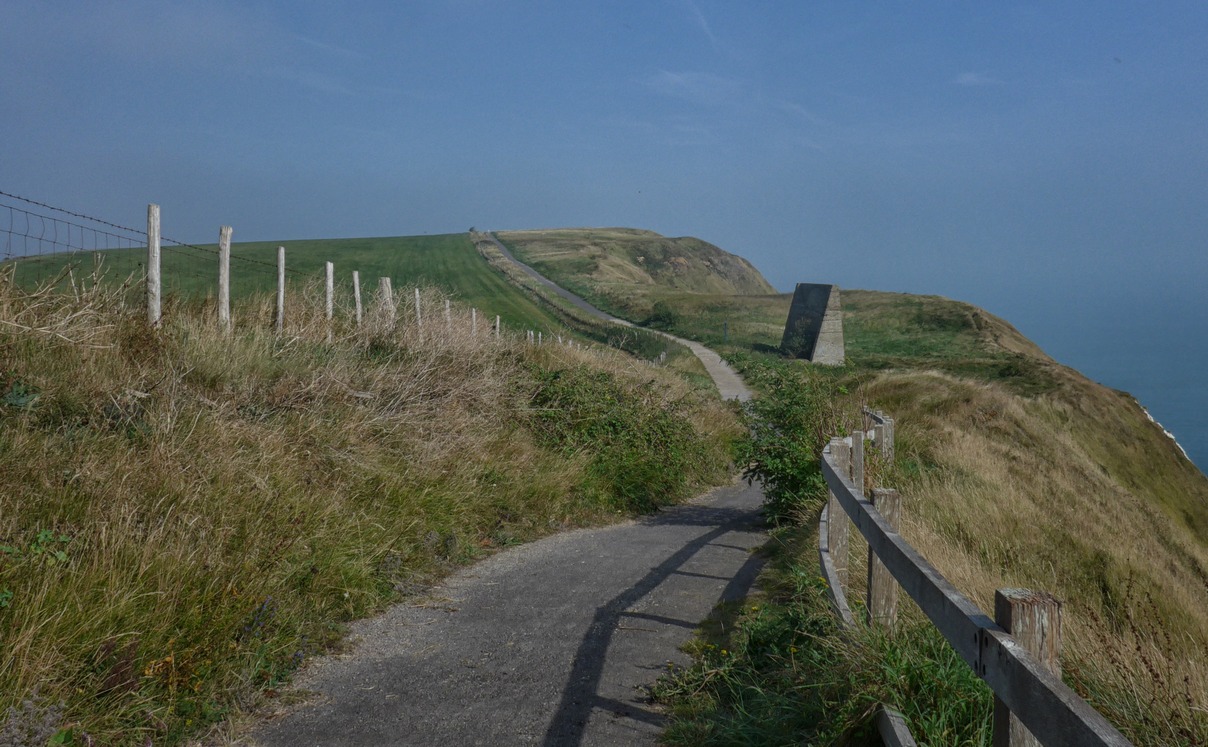 Two miles of gradual downhill led us to Samphire Hoe. We had a quick look around there (see last year’s ride for more details of the place) before making our way into Dover and then, via a fairly awkward route including carnying our bikes up steps, through gates and down a narrow cliff-edge path (pushing not riding), up onto the cliffs above. About a mile of ever-worsening surfaces culminated in a loud and very rapid blow-out in my rear tyre. I felt a brief rush of air on my leg. Never have I known a tyre go down so quickly. Once the inner-tube was off, I tried pumping it up to see where the hole was, but I couldn’t pump it up. I realised that the hole was too big for that. Visual investigation identified a rather large hole: 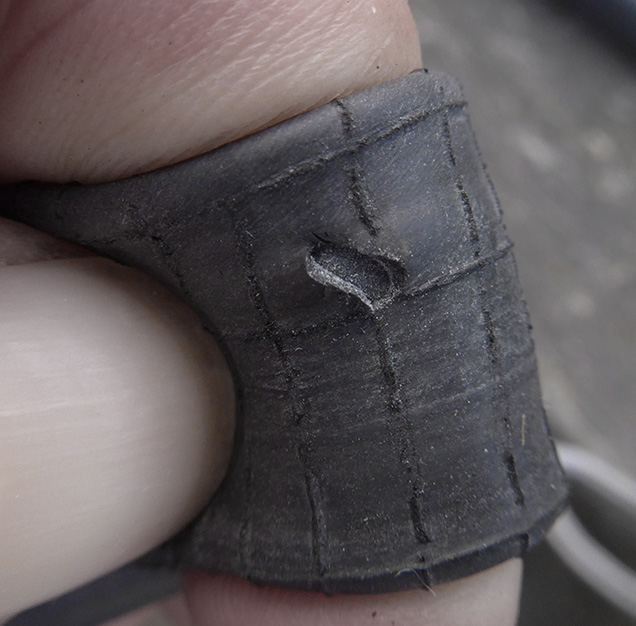 After inspection of the inside of the tyre for any sharp objects, I fitted my spare tube, inflated it and rode on. But I should have made further checks – see below.

There was another five miles of cliff-top off-road through St. Margaret’s Bay and then back down to sea level at Kingsdown for another four miles of riding by the sea to Deal, where we stopped for some chips on the stony beach. The sun was still shining and it was still warm. We left there at half past six and now I was beginning to worry that I might not be able to get home before it got dark, and I had no front light!

I estimated that we had another ten miles to Chilham, where we were to go our separate ways. But the road kept going on, and on, and on…. It turned out to be twenty miles! But what a road! I had modified my previous route to cut out a 10-mile section of A-road and I am glad I had. The journey between Sandwich and Chilham had some really amazing roads. Gently undulating, smooth and traffic-free. Unfortunately I didn’t get photos because we were running late by then.

When I left Chilham it was nearly 8:30 and I had 25 miles left to go. Fully aware of the failing light I made a big effort over that stretch. When I saw a sign for Charing, I decided to abandon my planned route and just stay on A-roads. There shouldn’t be much traffic about this time of the evening. I reasoned I could get to Charing and then up the A20 to Lenham. I assumed Charing would be about another two or three miles up the road, but it turned out to be nearly ten miles, all of it gently uphill.

I bombed down Charing Hill and on to the A20. The A-road was a pleasure to ride – a better surface and less to watch out for. I averaged over 16 mph over those last 16 miles, which I was pleased about given that I had to contend with a headwind and my knees were beginning to hurt from all that bumpy off-road stuff earlier. About 10 miles from home I took my sunglasses off – it was too dark to see through them by then. It was quite dark by the time I arrived home at about five past ten (although there was still a glow in the sky). Apart from my sore knees I felt fine and it had been a real pleasure speeding through the half-light of dusk with the temperature still in the 20’s.

It wasn’t until the next day that I noticed the state of my tyre: 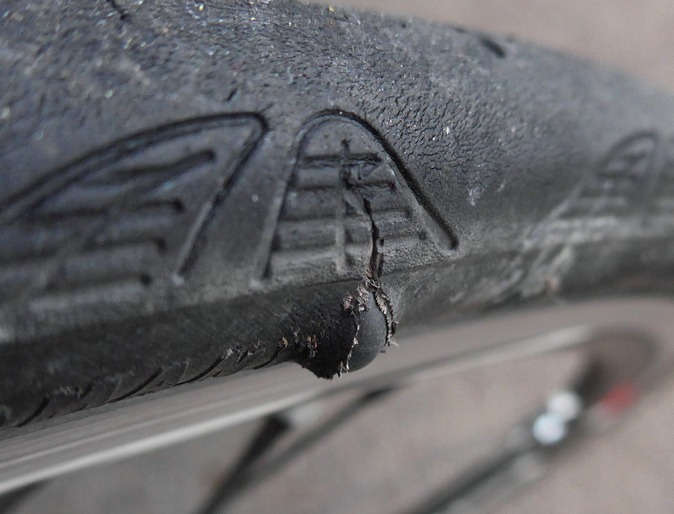 The side-wall was ripped, allowing the inner-tube to bulge out. I should have checked more thoroughly when I had the puncture. I even had a tyre-boot on me that I could have used!

Check tyre for damage after big blow-out
When I thought about it later it seemed obvious that if a tyre deflates very quickly then there must be a big hole in both the tube and the tyre. Also the blast of air on my leg should have told me that this was a side-wall puncture. I could have easily fitted a boot that I had with me. Instead, I rode another sixty miles unaware that some of the tube was protruding, risking further damage!

Take a front light
Don’t underestimate how late you might be on a long ride. It’s just as easy to stick a front light on.