What is an Audax? Here are a few definitions:

From my experience of today I can see an element of truth in all those definitions. I’ll add to that list the two things I already knew about Audax:

My cycling friend Alan suggested this event, , so, being up for a challenge, we duly signed up for it. As far as I know there was no GPX file available for the ride, just a route-sheet with distances and TL at TJ (turn left at T-junction) -type of directions. Alan painstakingly converted these directions into a GPX file that we could each load into our Garmins. When I saw the route, for some reason I thought that it wasn’t too hilly, so I decided to ride to the start (and back obviously), making a total distance of 116 miles.

I left home at just after 8 AM and enjoyed a lovely September morning ride to Kennington in Ashford. I arrived there at 9:40 and met Alan. We collected our brevet cards and set off with the rest at 10 o’clock. Our brevet cards told us where the various checkpoints were, and that we had to identify three pieces of information to prove where we had been. These were:

The first thing that surprised me most was the speed of the ride. I was under the impression that Audax events were at a fairly leisurely pace. They are certainly promoted as such, or at least that speed is not important as long as you finish within the (usually generous) time limit. But the riders were progressing at a fairly brisk pace, some being extremely brisk!

The next thing that surprised me were the hills. Sure, I had seen the elevation profile, but I had somehow underestimated it. I think it was partly to do with the fact that my previous three rides had been extremely hilly, and I could see no majorly-steep hills on this event. Ridewithgps (where I plan my routes) reported that the steepest gradient would be 10.3%. That was so wrong. There were plenty of 16%’ers and several brief instances of 20%+! Still maybe not as epically steep as some that I’ve climbed recently, but what they lacked in absolute gradient they made up for in scale! And the fact that they never stopped coming, one after the other. The good news was that they provided some amazing views, especially over Folkestone and the channel.

The pack didn’t stay together long, and me and Alan rode alone for most of the ride. The midway point was St. Margaret’s Bay. There is probably no other place on the coast in this part of the country that has such steep roads leading down to it – it was more like something you’d find in Cornwall! Co-incidentally, my parents were on holiday there and they were sitting outside the beach café when we arrived! [Hello Mum and Dad!]. Food was provided at this checkpoint in the shape of bananas, rolls, flapjack, tea, etc. I topped up my bidon and grabbed a couple of rolls.

After having a chat with my parents, we resumed our ride and made the journey back. Now the wind was behind us and we made pretty good progress. I started flagging at one point, but an energy gel seemed to do the trick. When it came to identifying the ‘clues’ on the way back, there was some confusion at Hawkinge about what hydrant sign we were supposed to be looking at. Alan found another hydrant sign hidden by a bush right next to the other one we had found stuck to a telegraph pole! We wrote them both down just to be sure.

The last checkpoint, in keeping with the theme, was at the top of the 17% Long Wood Hill! We ground our way up this last big climb. Thankfully it was relatively short. 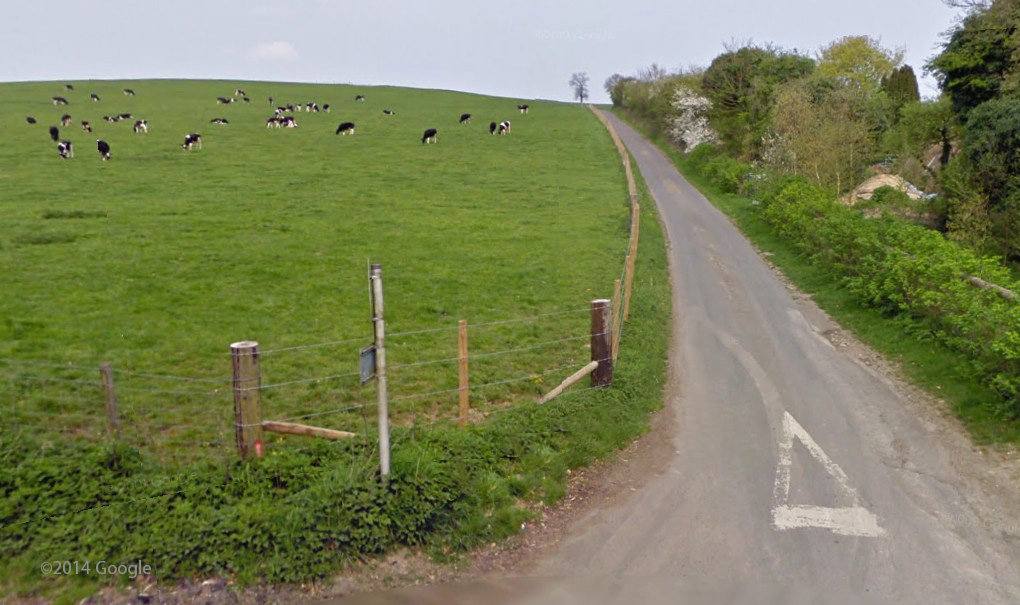 We arrived back at the finish at about 15:30. Me and Alan were among the first to arrive. More refreshments were available there so we sat and rested for a while. I still had 24 miles to ride home, so I set off about 4 o’clock. I enjoyed the ride back and managed to set some personal best times on Strava on various segments!

Fisik Antares + Team MTN-Qhubeka kit OK
Very little discomfort with this combination.
Swissstop brake pads are excellent
I fitted Flash Pro BXP (Blue) brake pads for this ride. Amazing stopping power!
Take no notice of ridewithgps gradients
I don’t know how they calculate them, but they are consistently considerably less steep than in reality. 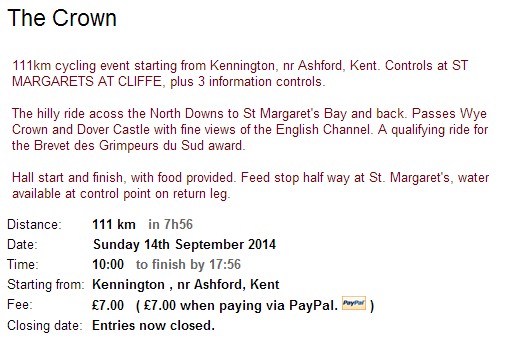 3 Replies to “My First Audax”