For one reason and another, Alan and I didn’t do the actual Dunwich Dynamo night ride this year. It was doubly annoying afterwards because the weather had been absolutely ideal with a warm dry night and SW wind. So Alan suggested we just do the route anyway on our own. We did it about 2½ weeks later. Luckily we had ideal conditions too – a dry, fairly warm night with a SW tail wind.

Logistically this ride was complicated. Al drove with his bike to Diss, in Norfolk, and got a train back to Liverpool Street where I was to meet him at 21:00. I decided to ride to the start as well, adding about 36 miles to the journey. My ride to Liverpool Street was fairly straightforward. I used the A20 to keep things simple. I stopped off at my Mum and Dad’s for a chat, and grabbed a toasted cheese sandwich too! It was a balmy night in London, somewhere around 20°C. I was wearing a short-sleeved top and felt fine. 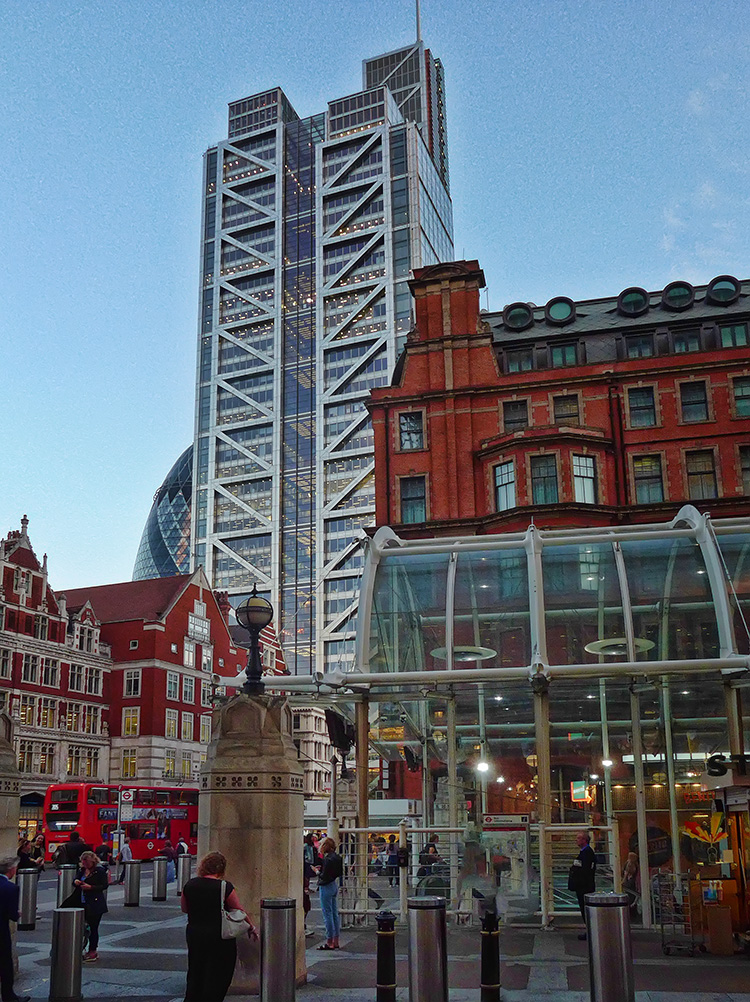 Train issues delayed our start, but we were eventually on our way at 21:38. We followed the official Dunwich Dynamo route with two exceptions: we had factored in a slight detour to visit a 24-hour supermarket in Sudbury and I also modified the route to cut out some city roads by riding along the River Lee Navigation Canal tow-path for seven miles. Shortly into the ride we had to detour around a section of roads that police had cordoned off. The seven-mile ride along by the canal was pretty smooth mostly, although our average speed wasn’t that high, partly due to the surface and mainly due to there being a big dark canal a few feet to the side of us, into which we would plunge with one wrong move! It did have the advantage of no traffic lights and indeed no traffic, save for the occasional cyclist.

Once back on real roads we passed through Epping and then fifty miles of traffic-free roads to Sudbury, for our ‘food stop’. We stopped at a 24-hour Tesco. I got a sandwich and some juicy melon chunks and a giant bourbon biscuit which I noted contained 450 calories – that should keep me going! Also bought some water to top up our bidons. It was pretty surreal sitting outside a supermarket at 3:30 AM. The only other customers were police, presumably topping up on doughnuts!

It was beginning to get a bit nippy, probably 15°C or so. Ridiculously, I had bought no arm warmers, nor even a rain jacket. Luckily I could use Al’s rain jacket, and he donned his arm warmers for the cooler ride towards dawn.

We thought we might see plenty of animal life at night. But, in truth, all we saw were cats, up to their nocturnal mischief. Just after it started getting light we saw quite a few hares, including a group of large ones in the road ahead. I switched my camera on but the slow start-up was enough to miss them. As the morning broke it turned into a beautiful day and the scenery was mainly rolling fields. With no hills to speak of and a decent tailwind, it was a very enjoyable experience. 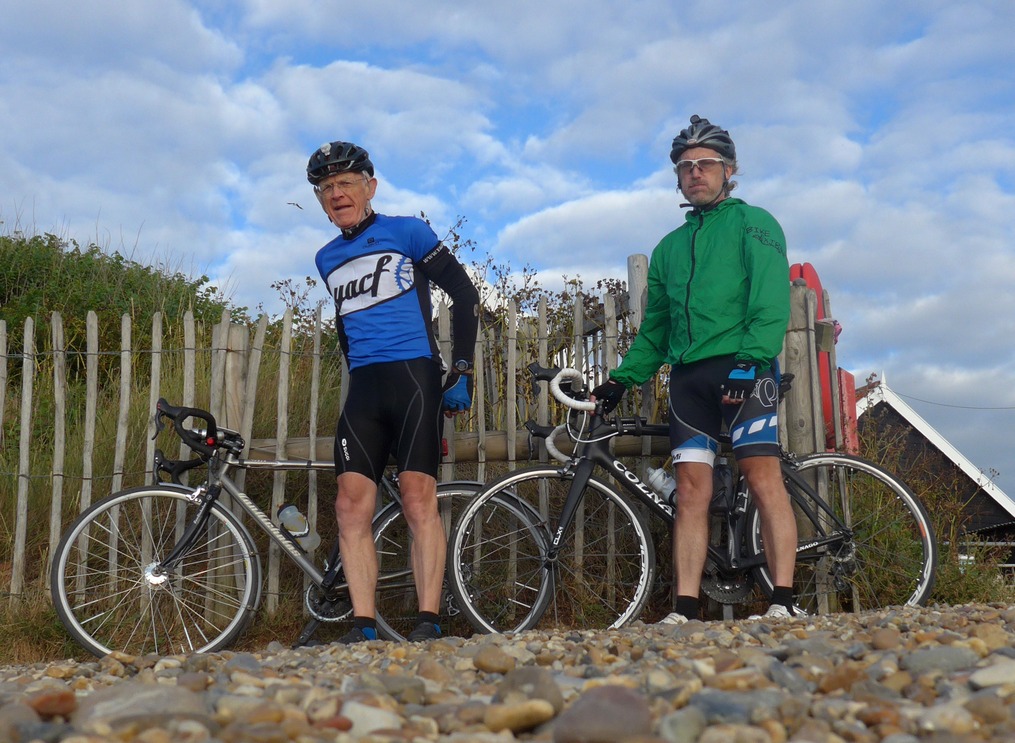 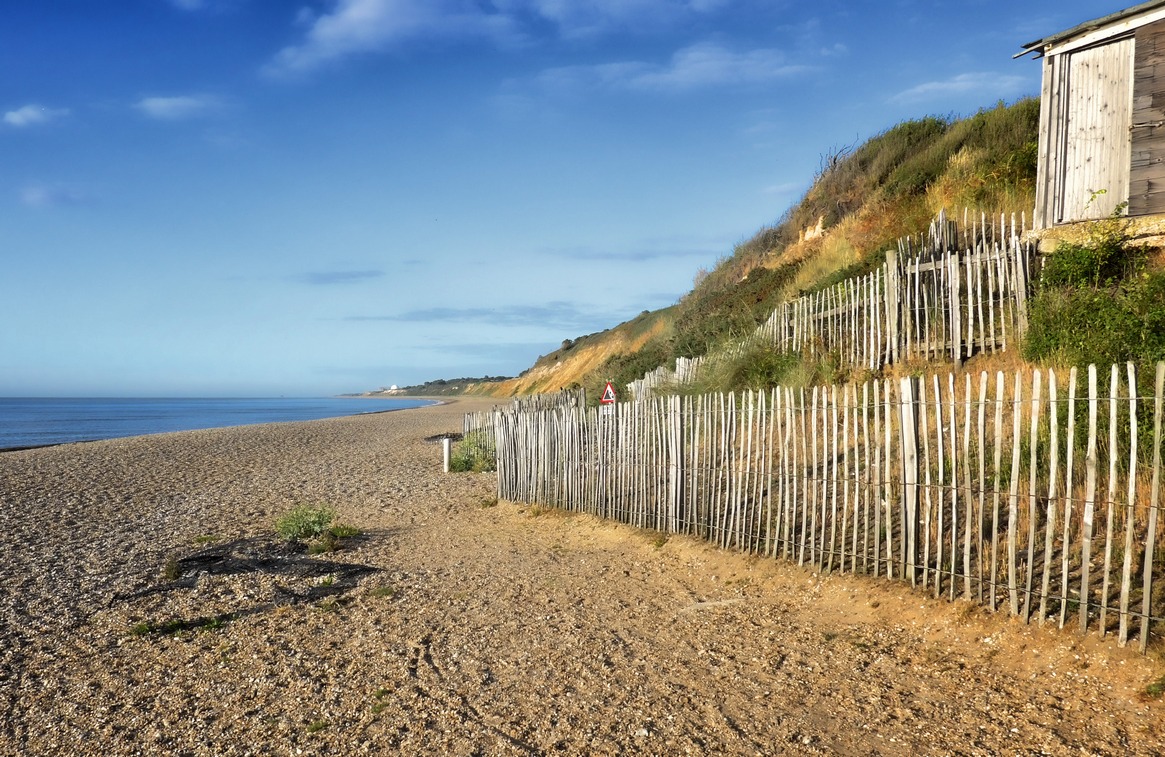 Twenty minutes later we started the final leg back to Al’s car at Diss. Now we were riding into the wind, but it was a glorious morning with smooth roads and still no hills. We were both tired. Not so much physically tired, but sleepy tired. We hadn’t slept for almost 24 hours. In the beautiful village of Laxfield, a roadside bench was too tempting so we slumped on the bench. I was asleep about three seconds after my helmet hit the bench. 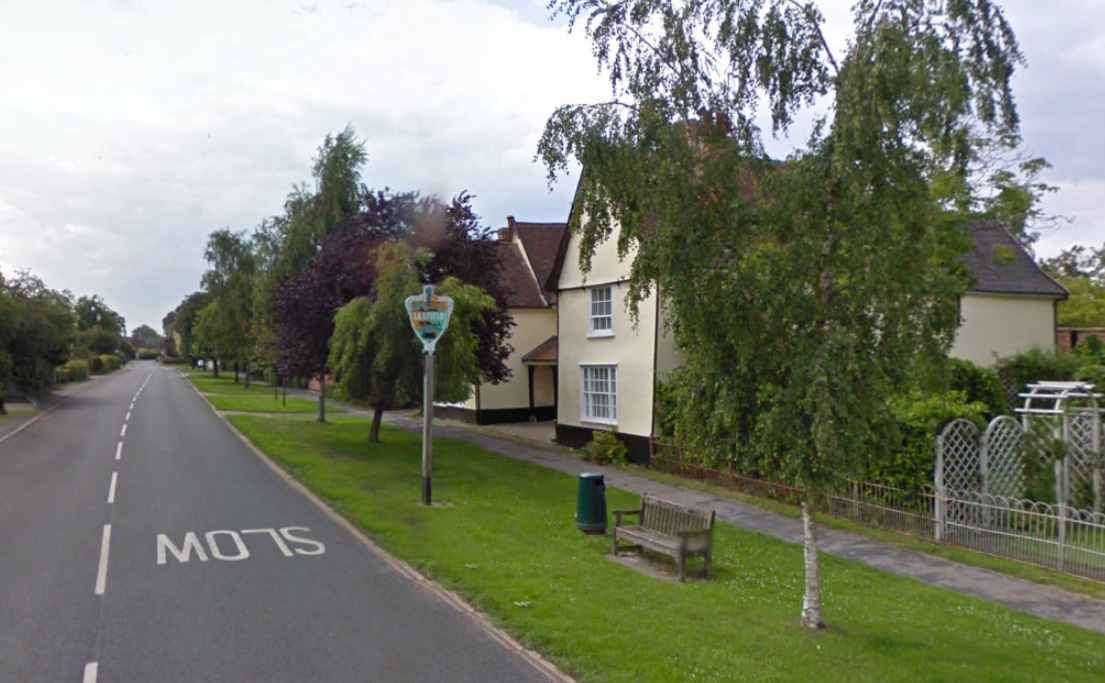 I don’t know about Al but I had a fitful snooze for the following twenty minutes. Refreshed (hardly!) from our rest, we completed the 14 miles back to Diss at 16mph. 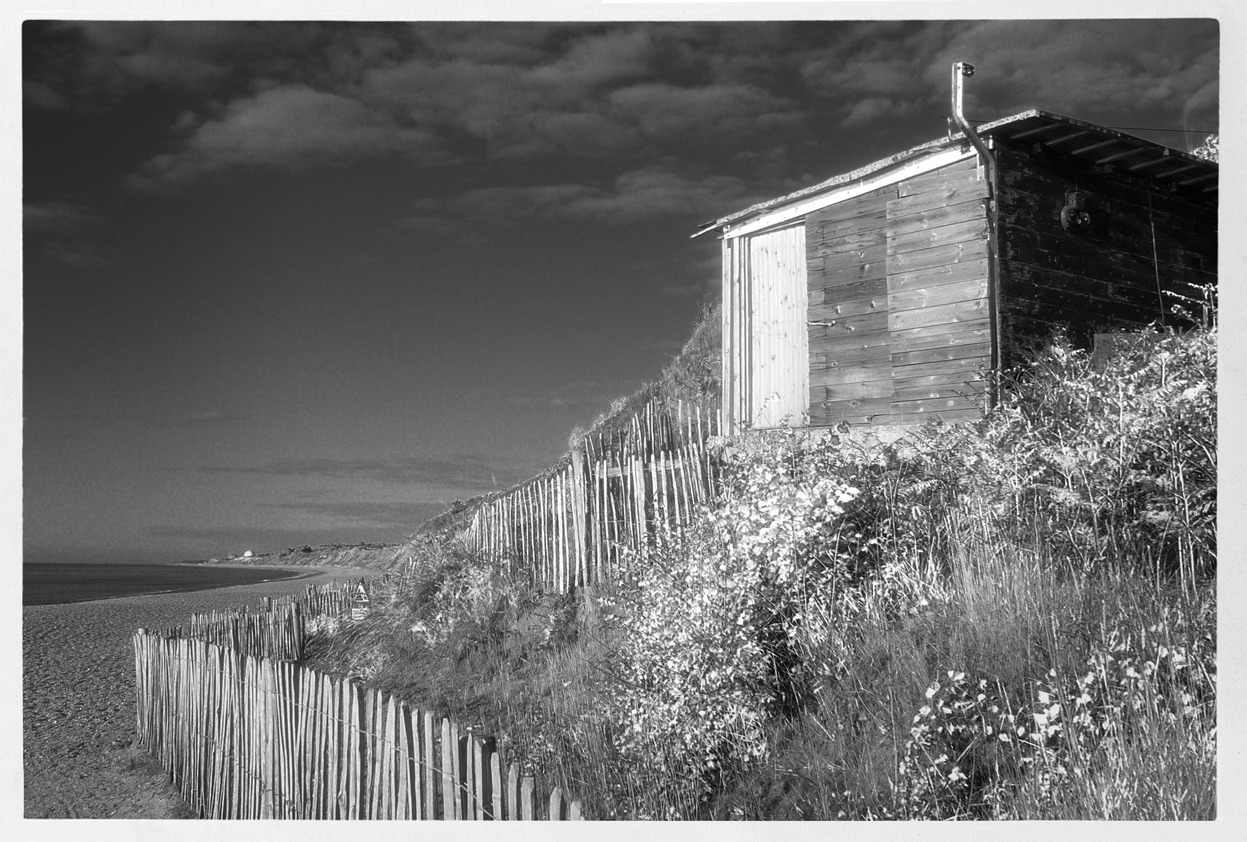 Wear base-layer at night
Really, unless it’s going to be an unusually muggy night, always wear a base-layer at night. And take either arm warmers or rain jacket for protection from wind.
Gomadic battery pack worked well
I fitted my Gomadic battery pack for this ride (strapped to top tube). I wedged small pieces of old inner-tube in the battery compartment to stop the batteries rattling around like they did before. Somewhere on the last leg of this ride my Garmin warned of low battery so I just flipped the switch on the Gomadic and it saved the day. (A couple of hours later on the drive home I noticed that it had completely recharged the Garmin). I mounted my Garmin right at the front of the stem to allow the mini-USB connector to fit. 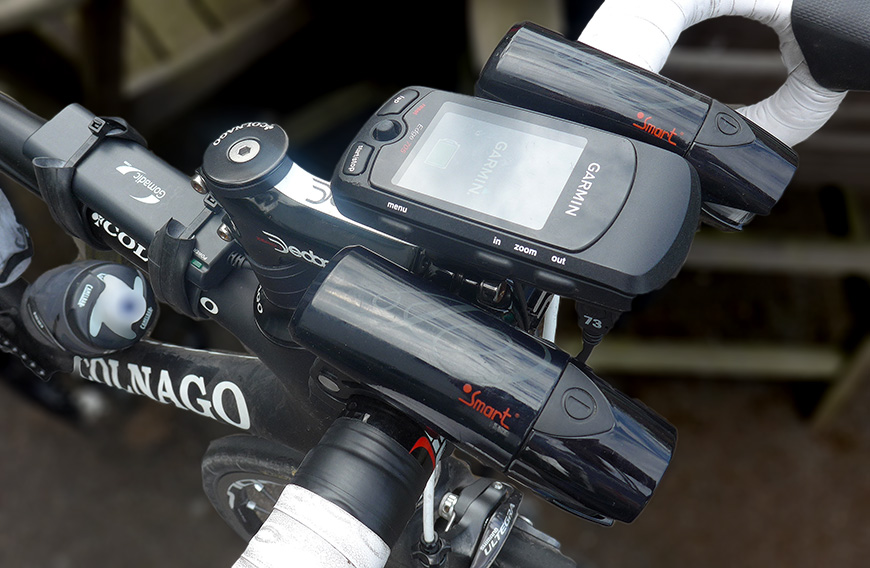 I would have loved all these gadgets on my bike when I was a boy. Those twin torches look a bit like ray-guns!