Another blog narrated at various points during the ride.

I’ve stopped at the same place as yesterday. I’m taking a slightly different route today. The main difference is I’m on the Colnago, after hastily getting it ready. The ascent felt ok, but I could tell that I had 4500 feet of climbing in my legs from yesterday. An old guy went by in an upright position on a VTT with a rucksack, easily passing me. His rear hub looked suspiciously large (ooh er missus!) so I can only hope it was electrically assisted. Again, at this col, someone offered to take my photo, but I’d already done it. This time it was a French motorist. 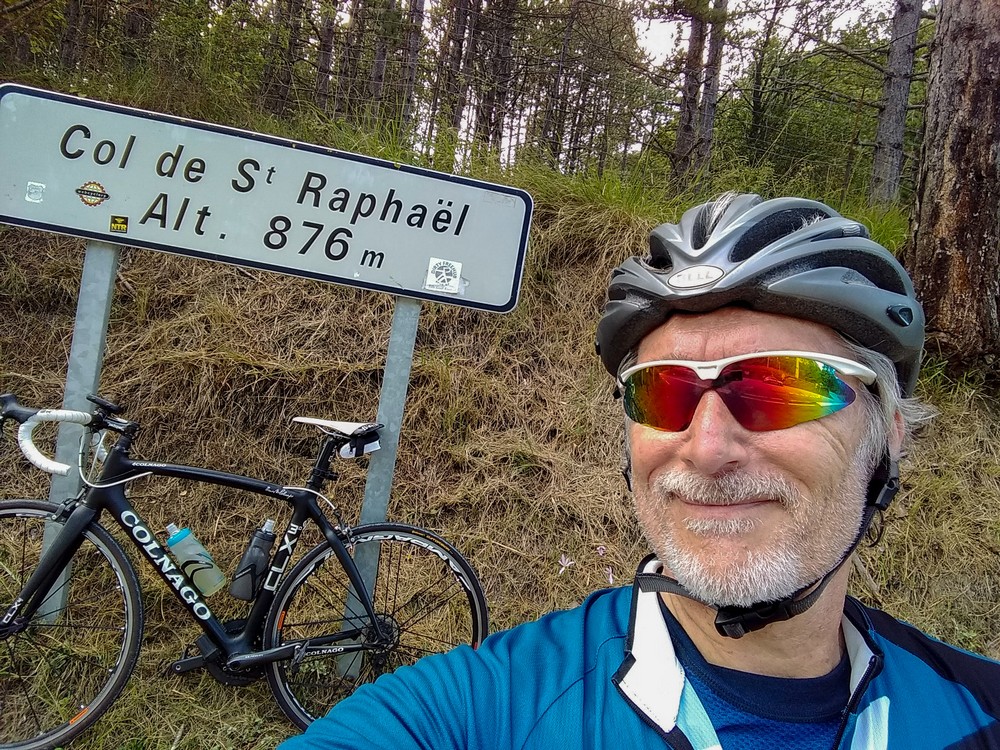 I’m now standing here getting cold as I’ve worked up a bit of a sweat. Time to ride on (brother..) 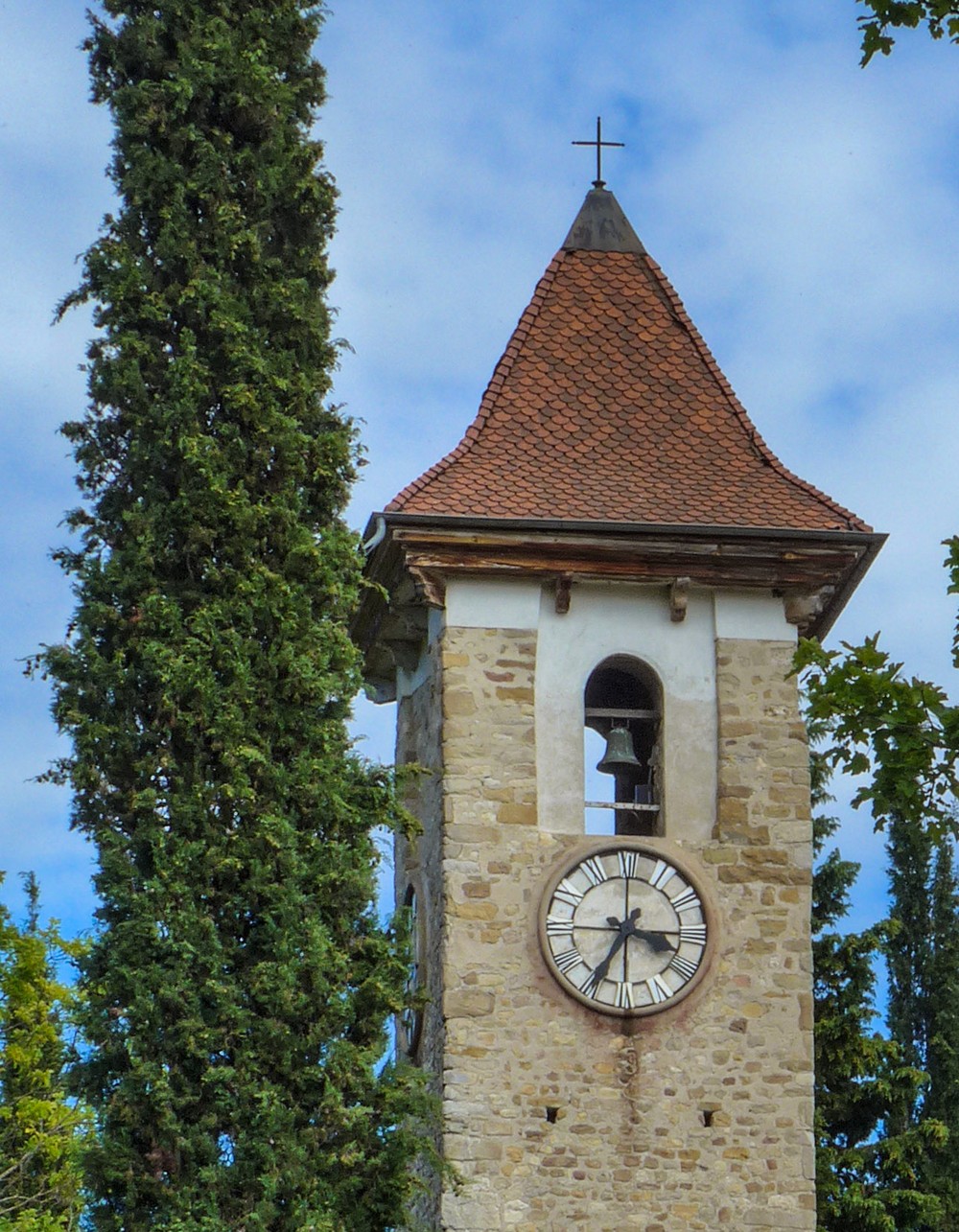 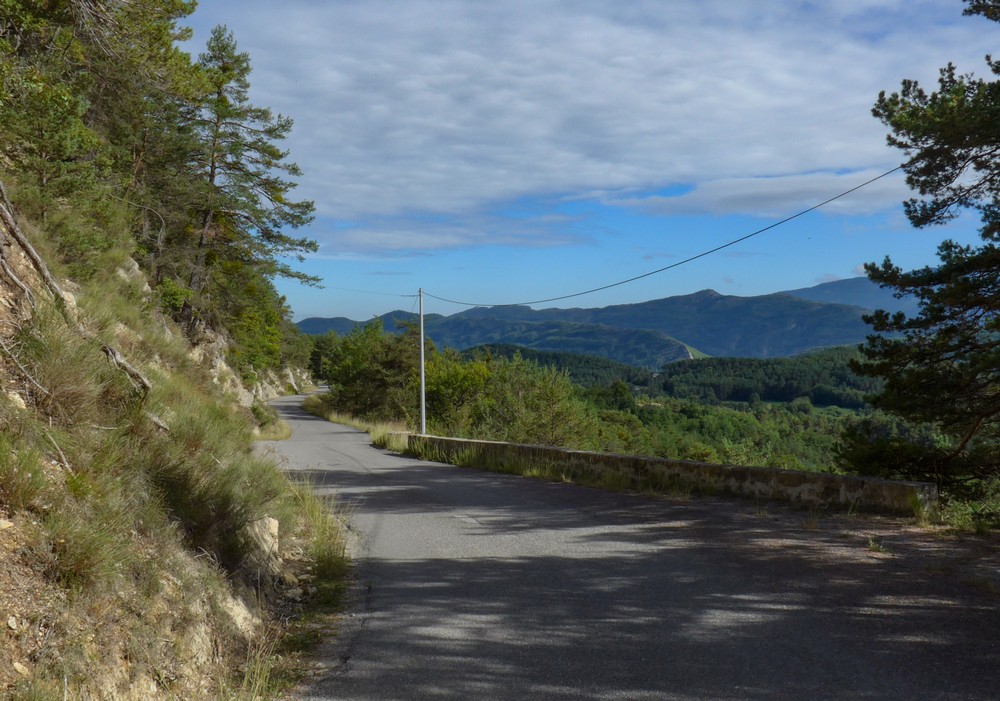 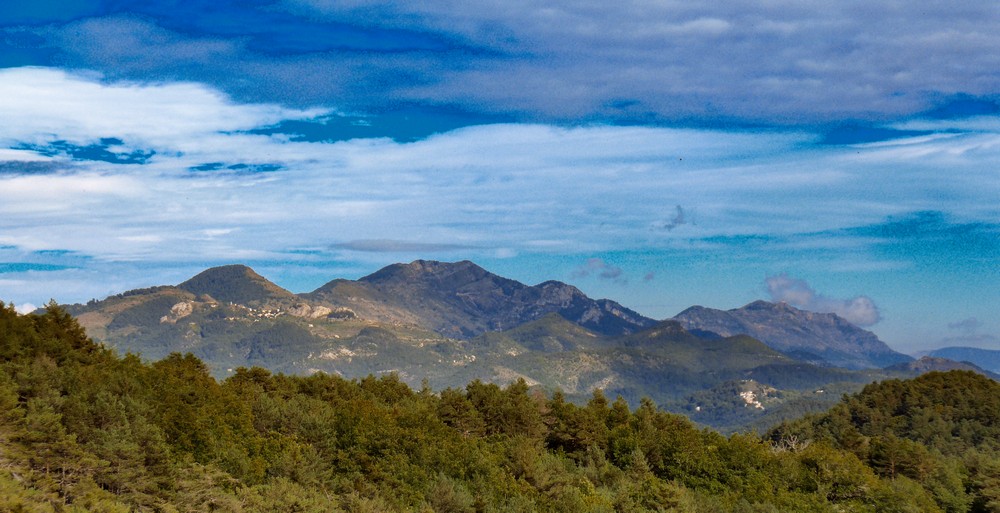 Just stopped at the 15-mile mark, about a mile outside of La Rochette, 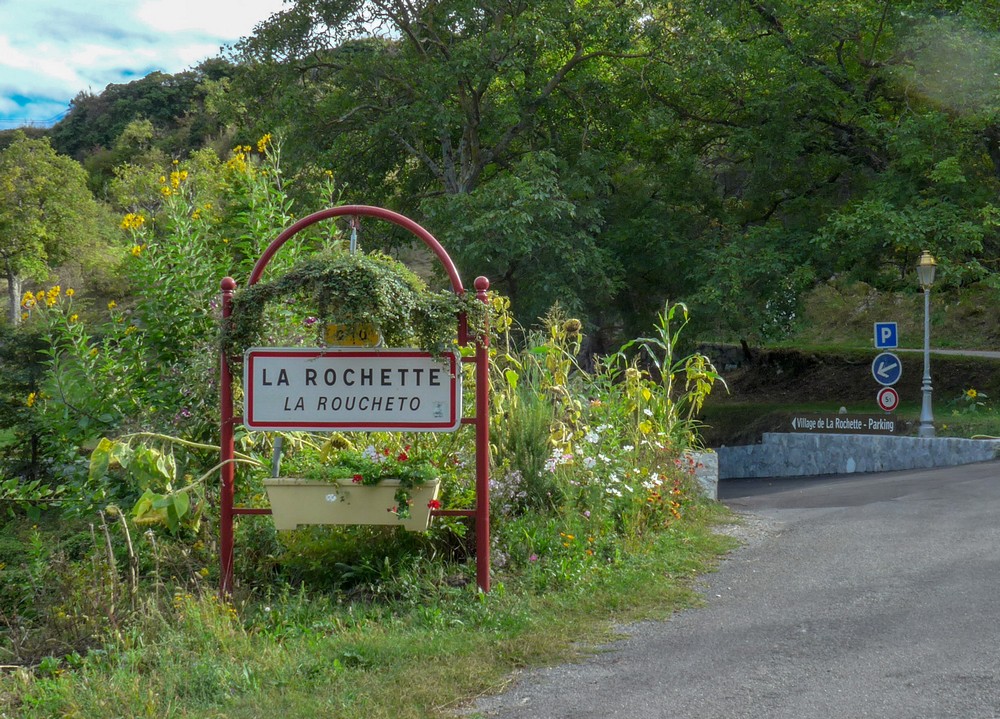 a lovely small village perched on a hillside. 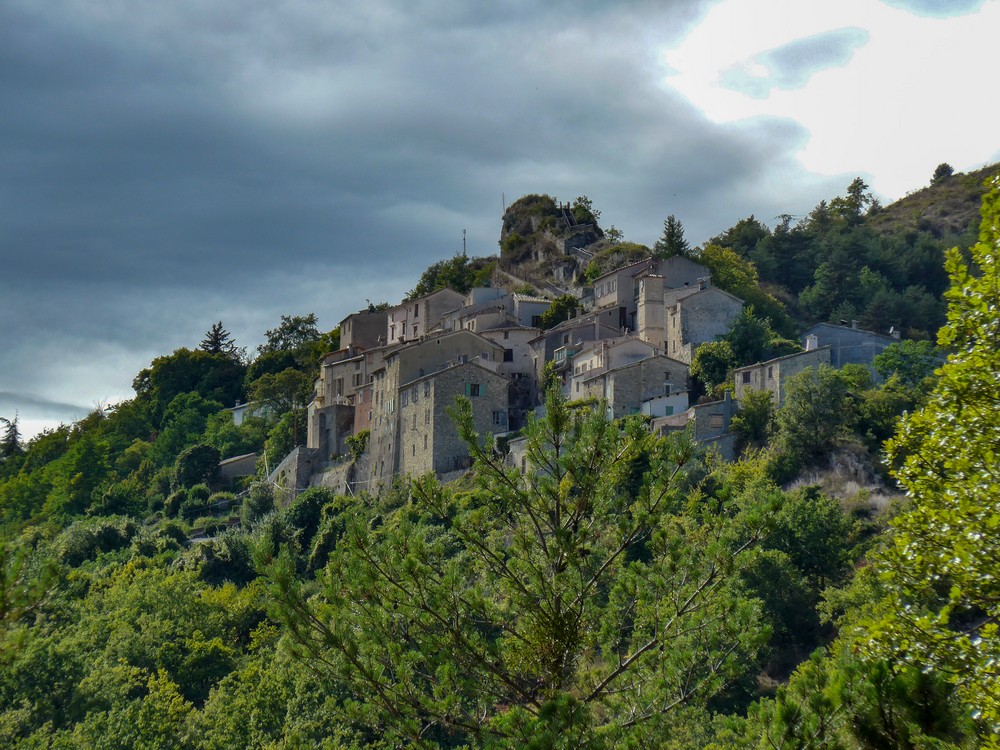 I passed three people chatting so I decided to turn around and go back and ask them to make sure I was still on the D10. I thought that should be easy to say in French but I was pronouncing the ‘D’ wrong – I was pronouncing it as in ‘de’ so they didn’t initially understand, but we got there in the end.  A few miles before that was a very small village of Saint Pierre 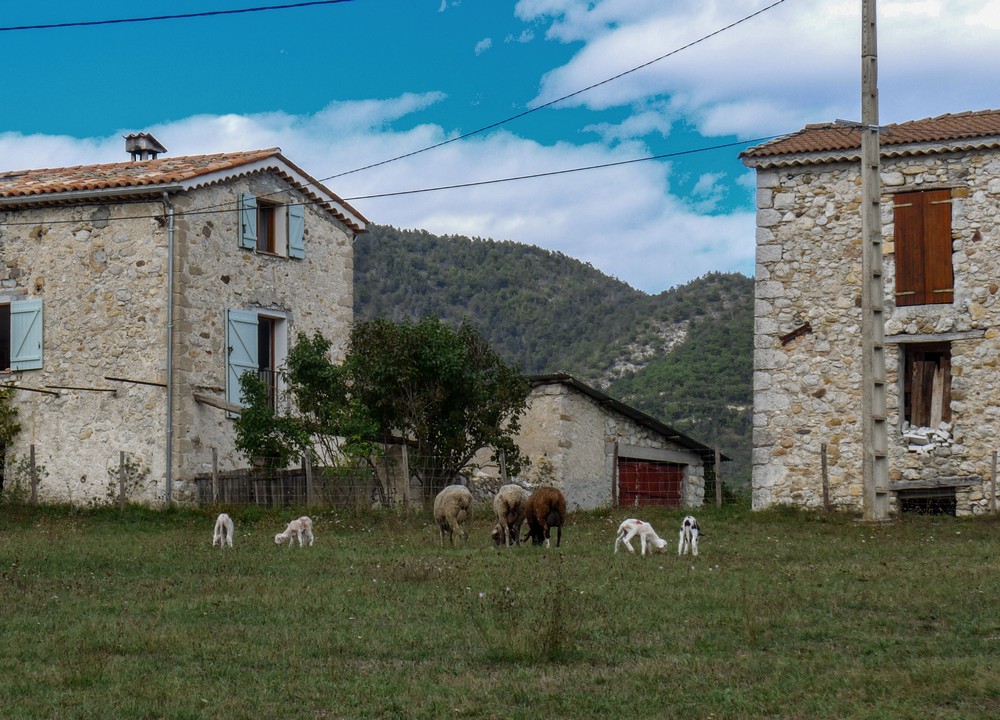 where the church chimed right next to me  4pm 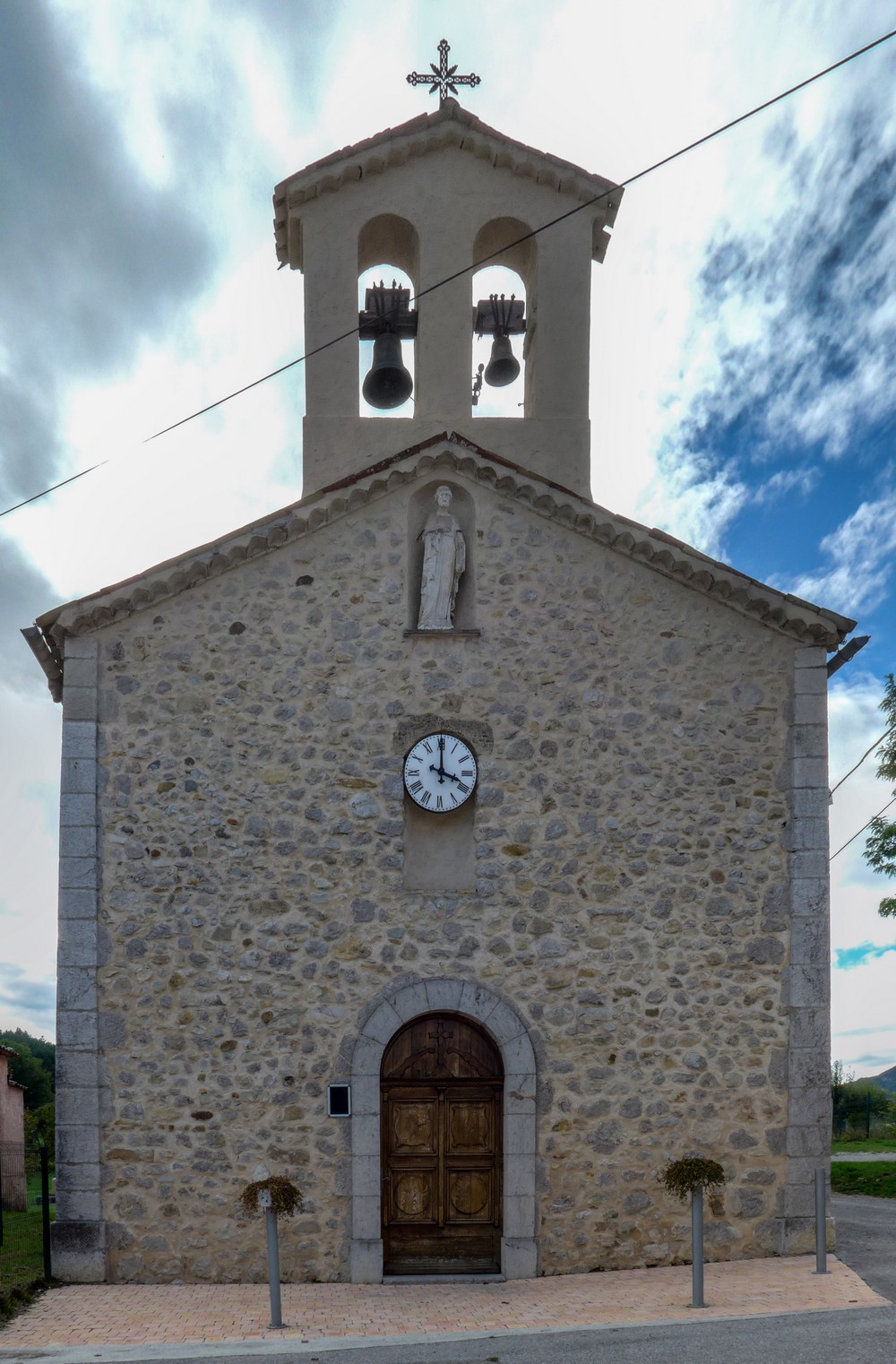 … and then again as I rode away. It made me realise that for some reason most hourly chimes chime twice. In other words there are four chimes at 4pm, and another four about a minute later, maybe in case you didn’t hear it the first time. This is a beautiful peaceful road winding among the hills, no traffic whatsoever just completely silent and the sun is shining as usual. 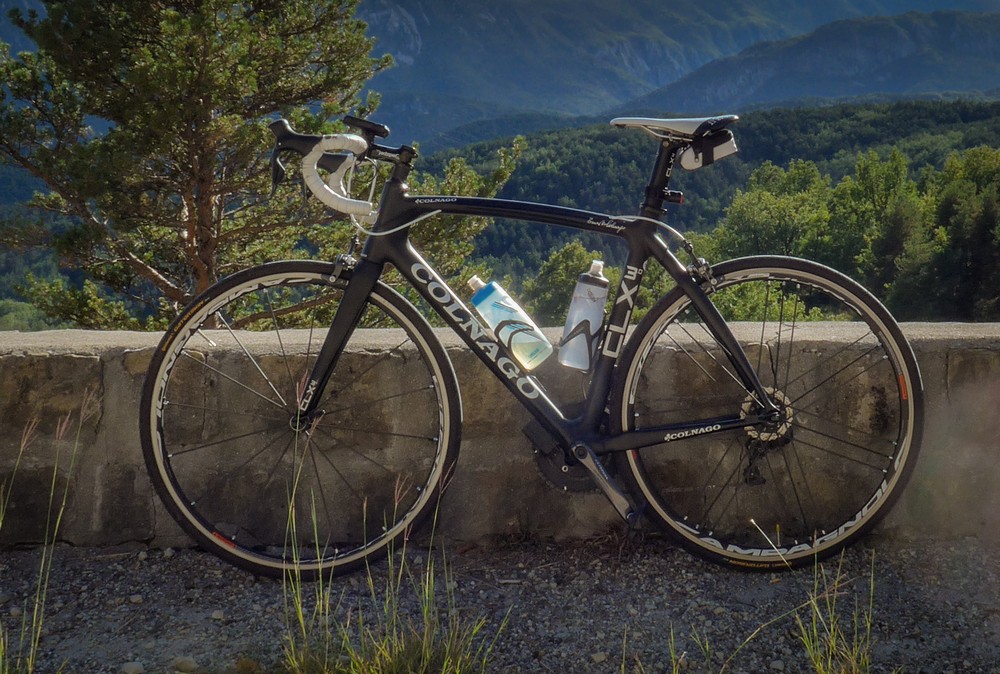 The Colnago is a complete revelation. I mean it’s a completely different bike to the Giant, especially on descents it’s fantastic because the handling and balance are so much better and the brakes are significantly better. Such a great bike to ride. I’ve just had the other half of that cheese and ham sandwich I had yesterday, even better after being squashed in my back pocket and another day older. Supplemented with a banana. 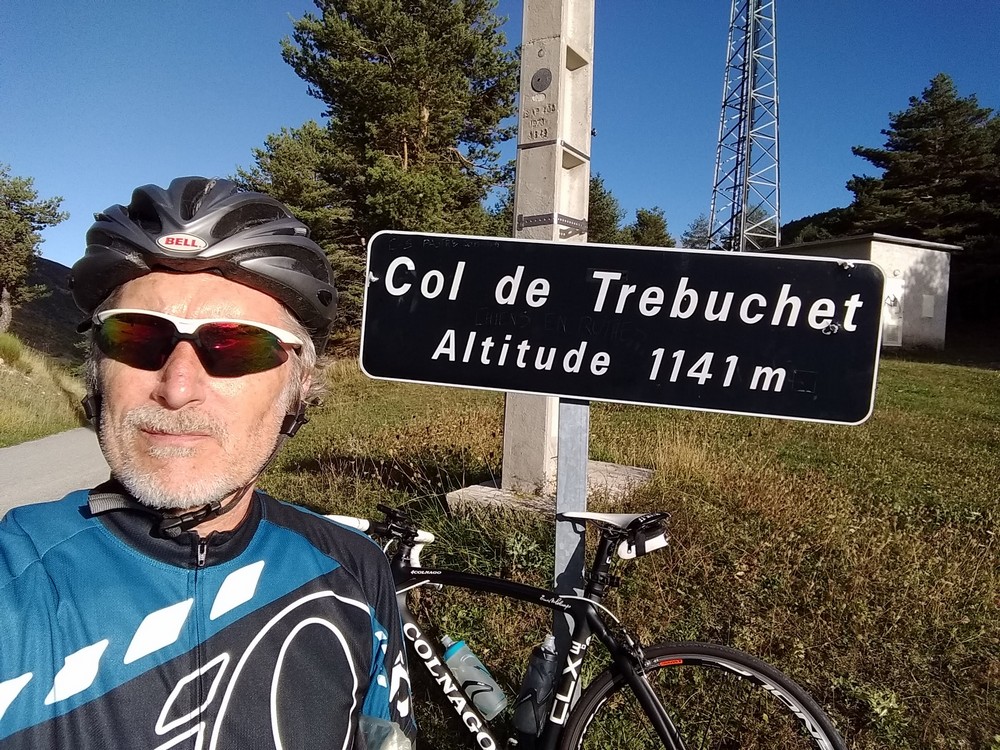 I got my col photo and then just went straight into the descent. All the descents have been amazing on the Colnago. I was worried that there was going to be a final climb. I sort of knew in the back of my mind that there was. 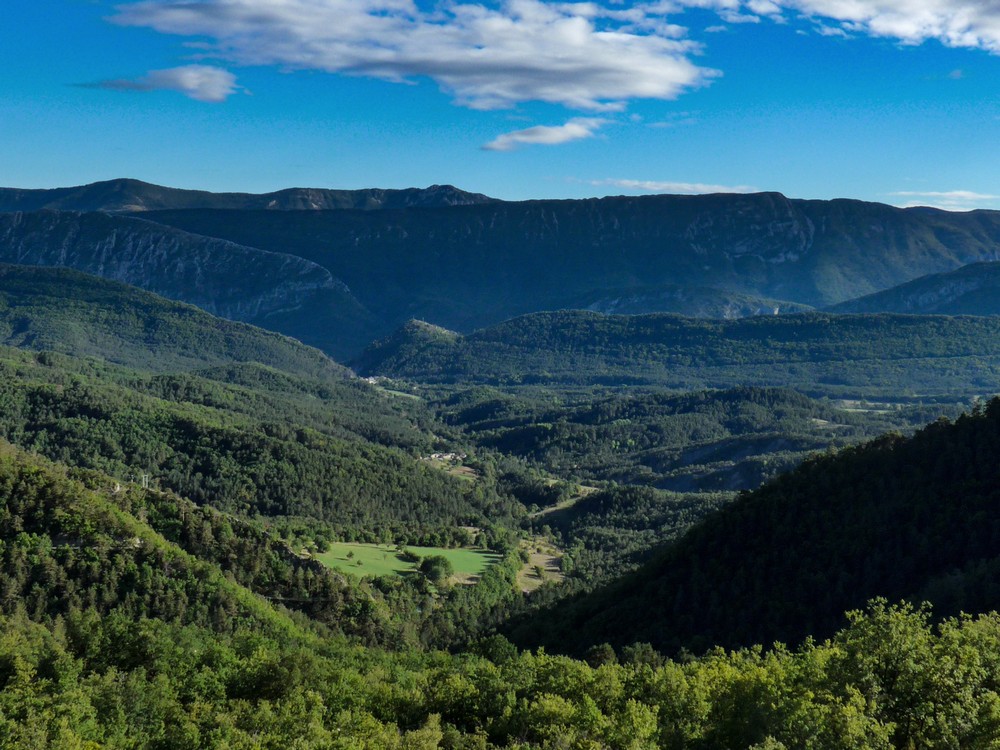 So when the shortcut part of this route re-joined yesterday’s route it started climbing up towards the Col de Félines. And then it was definitely downhill all the way into Entrevaux. Then I set a fast time all the way back to to Puget-Théniers along the main road. Averaged about 21 miles an hour.

Things to know about the Colnago – my right hand was going numb – don’t think that happened on the Giant. But my neck felt better. And my right foot would go numb now and again but that happens on The Giant anyway. If I thought that a bike fit would clear up permanently these couple of ailments I’d go and get one done. 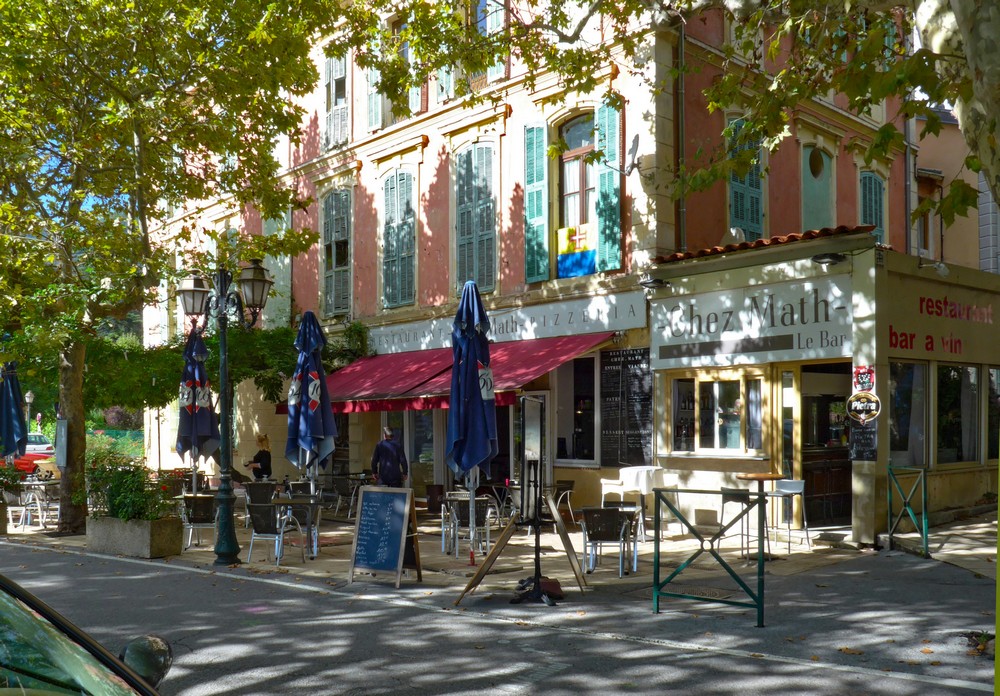 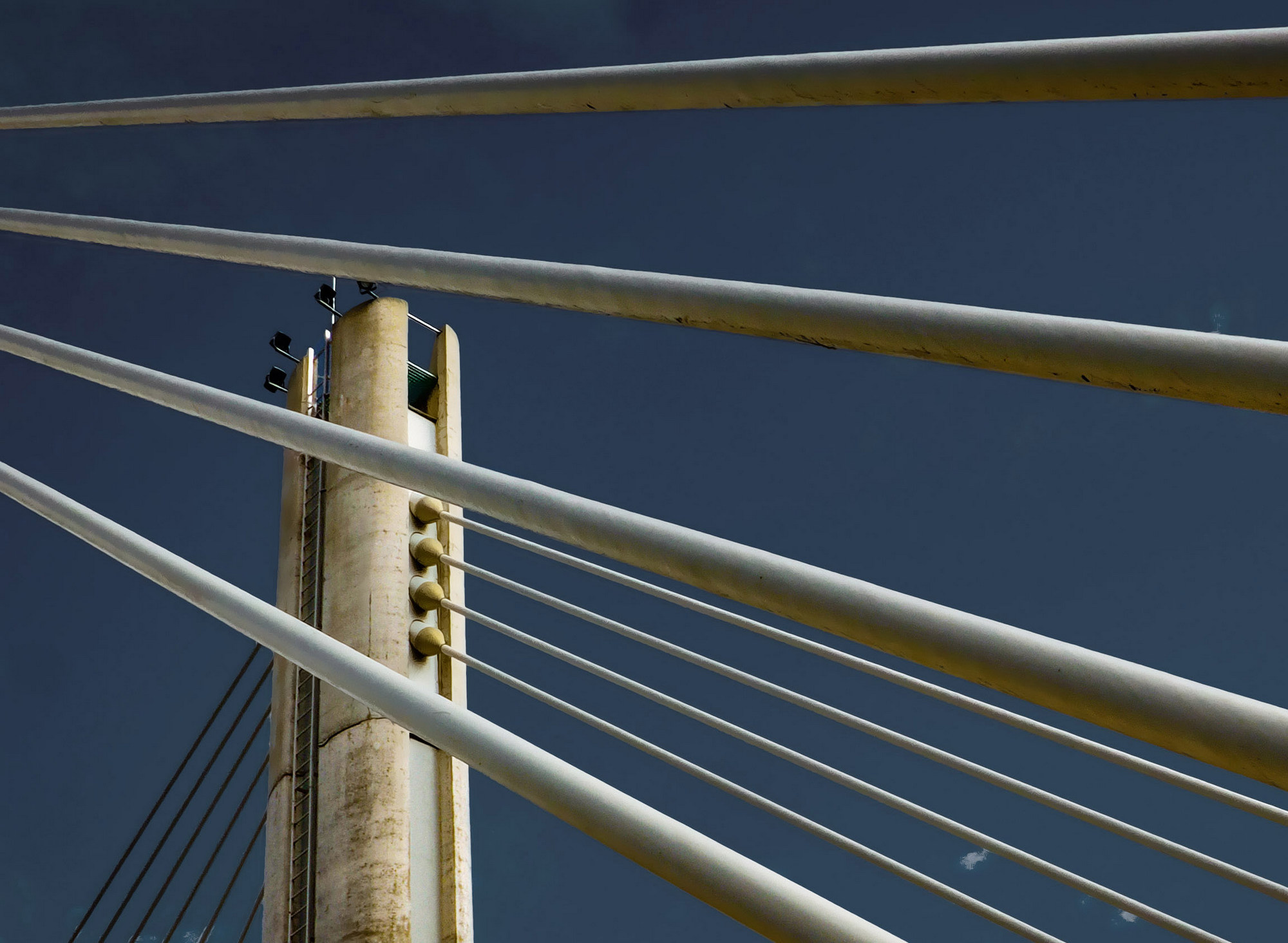