It was a lovely sunny day, about 5-8ºC, with a light westerly breeze. I rode into the wind for the outward leg, as usual. I planned a route that took in Toys Hill, but from the North side. I was pretty sure that would be easier than my normal climb from the South, but looking on Google street view, it still looked formidable.

I didn’t wear my knee-warmers but carried them just in case. It was quite a hilly start to the ride and my right knee did begin to hurt slightly. At 18 miles I stopped and put a knee warmer on over the outside of my leggings. And it did feel totally OK after that!

A couple of miles later I reached Chart Lane, the main climb of the day. Just as I was turning into the road there was a car on my side of the road reversing towards me – I had to swerve to avoid it. As I rode past I noticed a guy trying to push the car, with his partner inside, steering. I stopped and asked if he needed any help – I didn’t know how well I would be able to push it while wearing my cycling shoes. It was OK though. He had what sounded like a Dutch accent and I helped him push the car backwards into the busy road and then forwards so his partner could jump start it. Luckily it started on the first attempt.

Back on my bike I started the climb of Toys Hill. A few minutes into the climb a car went by and the Dutch guy was leaning out the window shouting a cheery thanks. The climb was pretty easy, certainly when compared to the South side, at about 5% average with steep bits of 9% or so. But it was long, at over two miles. 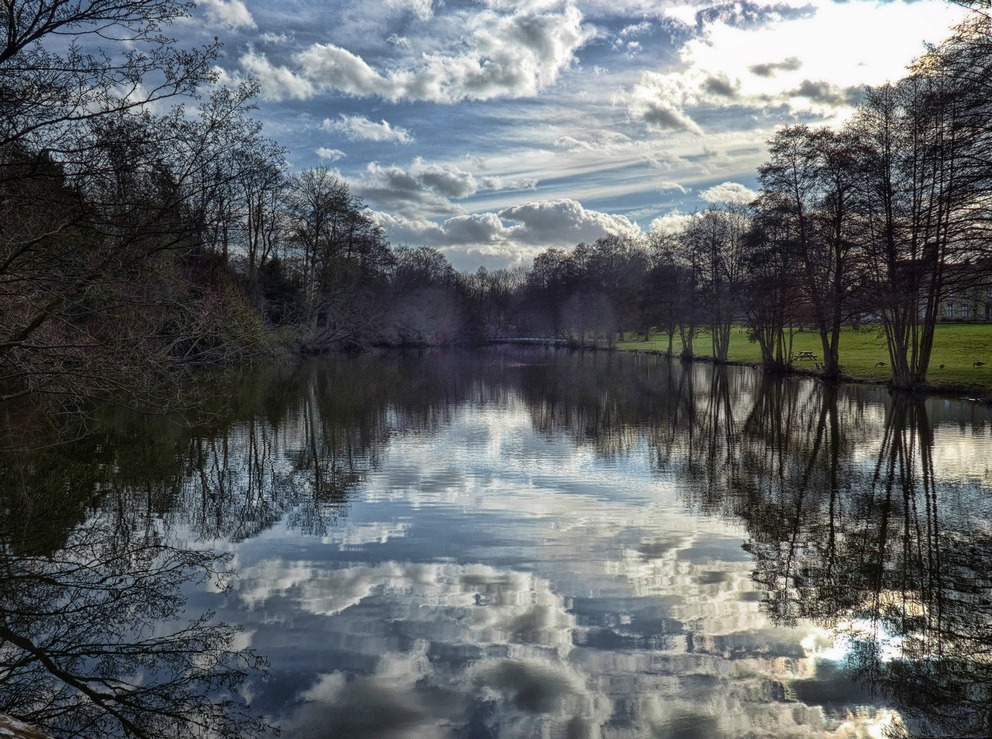 I felt pretty sluggish on this ride. I’m over half a stone heavier than this time last year and I could feel it! Even though it was sunny and dry, many of the back lanes had rivers running down them from the run-off from the fields and some were complete mud-baths. Consequently, my bike was totally covered in mud by the time I arrived home. 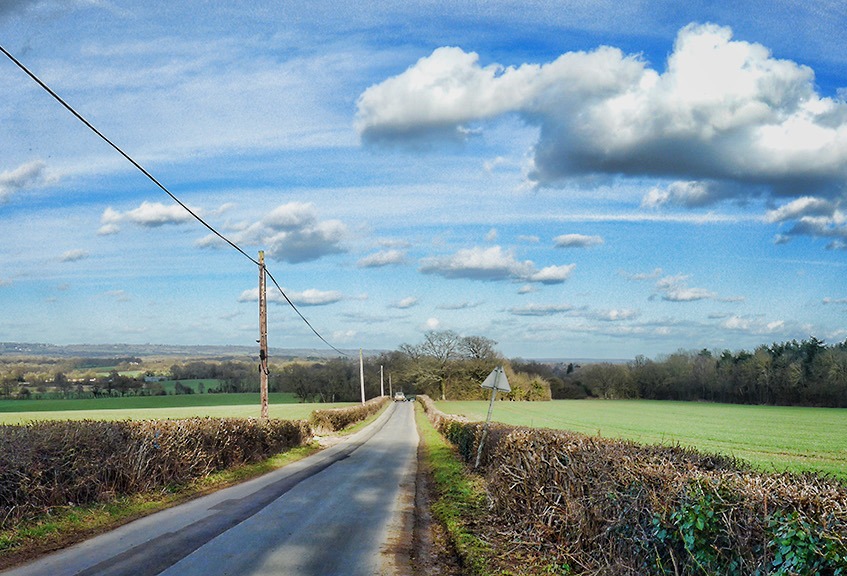