It was a sunny-ish day but not too warm. I wore a base-layer and arm warmers (+shorts). When I arrived in Marden there were eight others waiting. The ride out to Bodiam featured a couple of punctures 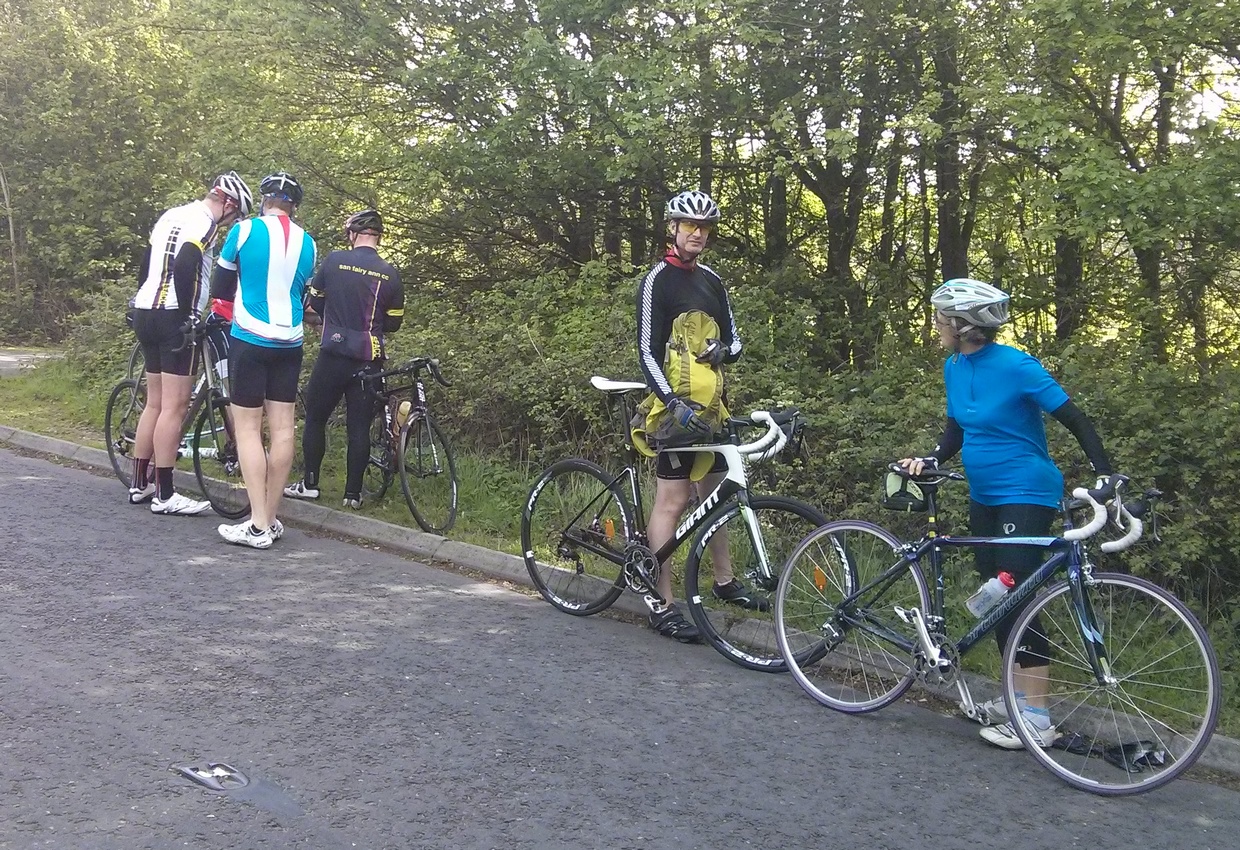 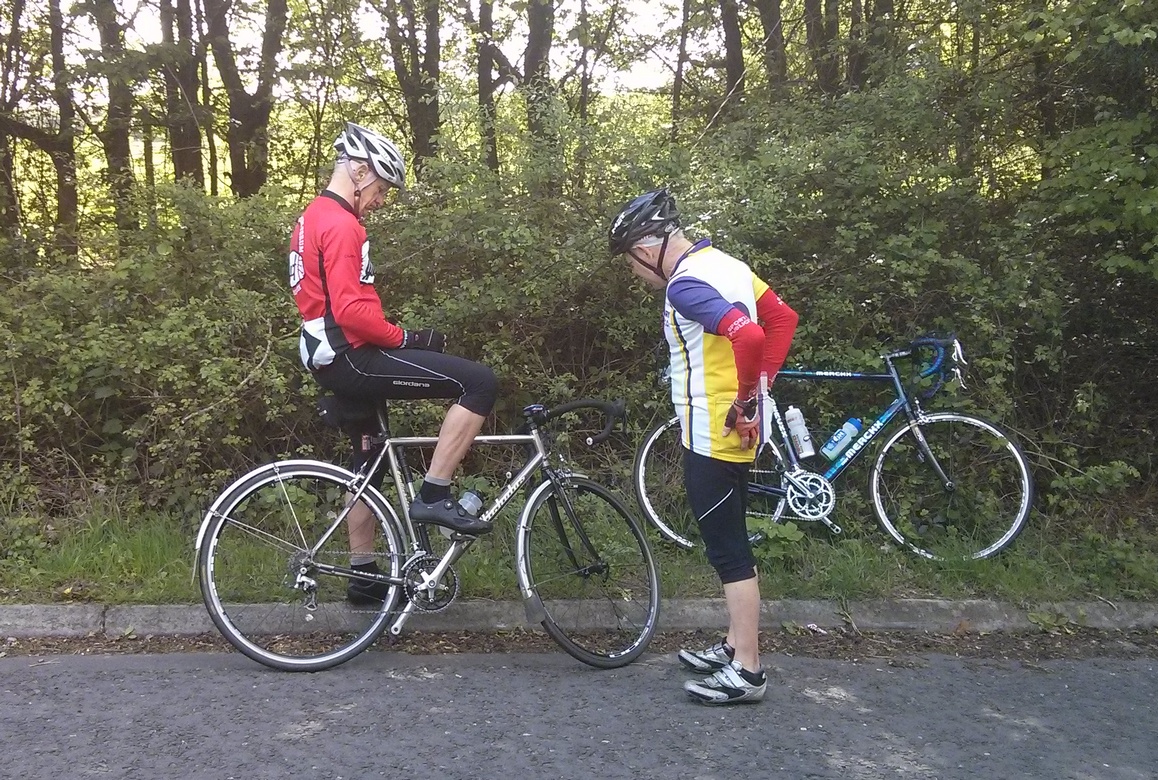 Additionally, one of the riders had a low battery on his Di2. At first this limited him to using the rear changer only. But the situation worsened and when he found himself stuck in one gear he decided to abort the ride. This was the first ride since injuring my wrist(s) last week. I was very careful on some of the rough downhill stretches, of which there seemed to be loads! In the main, my wrist was OK.

Despite the punctures we still arrived at the café before they were officially serving hot food, so I had a sausage roll and a scone (weird combo?). A couple of ducks were wandering around our feet as we sat outside eating. Or at least half of us were outside – the rest thought it was a bit too cold for that. 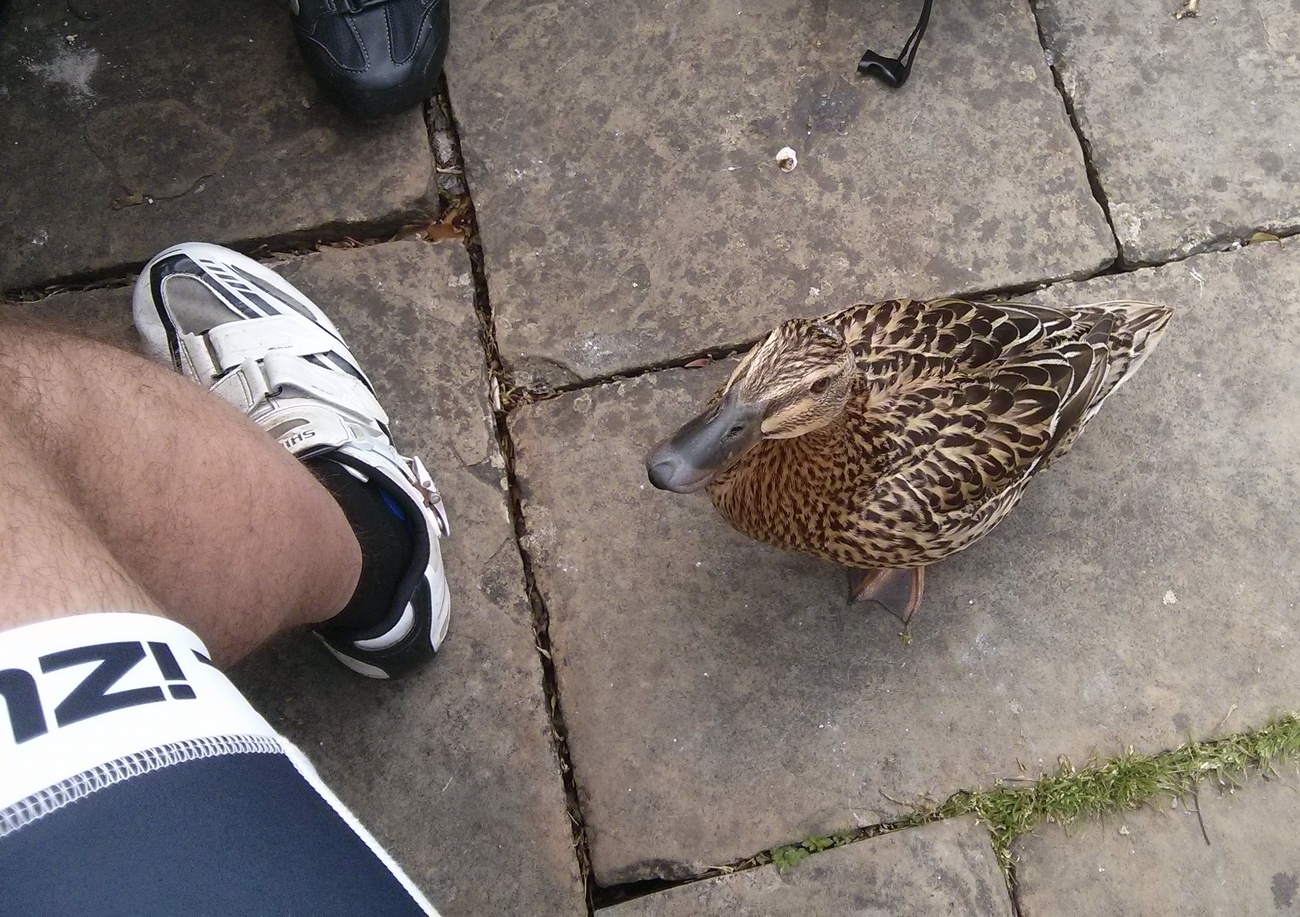 As we sat there, a steam train went by on the Kent & East Sussex Railway just over the river.

On the way back the pace quickened as we now had the wind behind us. Four of us working together made it back first. I felt pretty strong today.

There is a water tap outside at Bodiam
Always good to know. Available even when the café is closed