After having done a couple of short 25-mile rides earlier in the week, I decided it was time for a club run, or at least part of one. I arranged to join the Saturday Inters+ group part-way into their ride at the top of Hunton Hill. It was a lovely sunny morning when I woke up, 6°C, so little chance of any ice I presumed. By the time I set off it started to get quite foggy. I rode to the top of Hunton Hill, but instead of just waiting there in the cold fog I thought I’d ride down the road to meet them. By the time I got to the top of the steep descent I still couldn’t see them so I turned around and rode back up the road. Back at the top I turned around again. They were still nowhere to be seen so I stopped to get some photos of the foggy clearing in the woods. 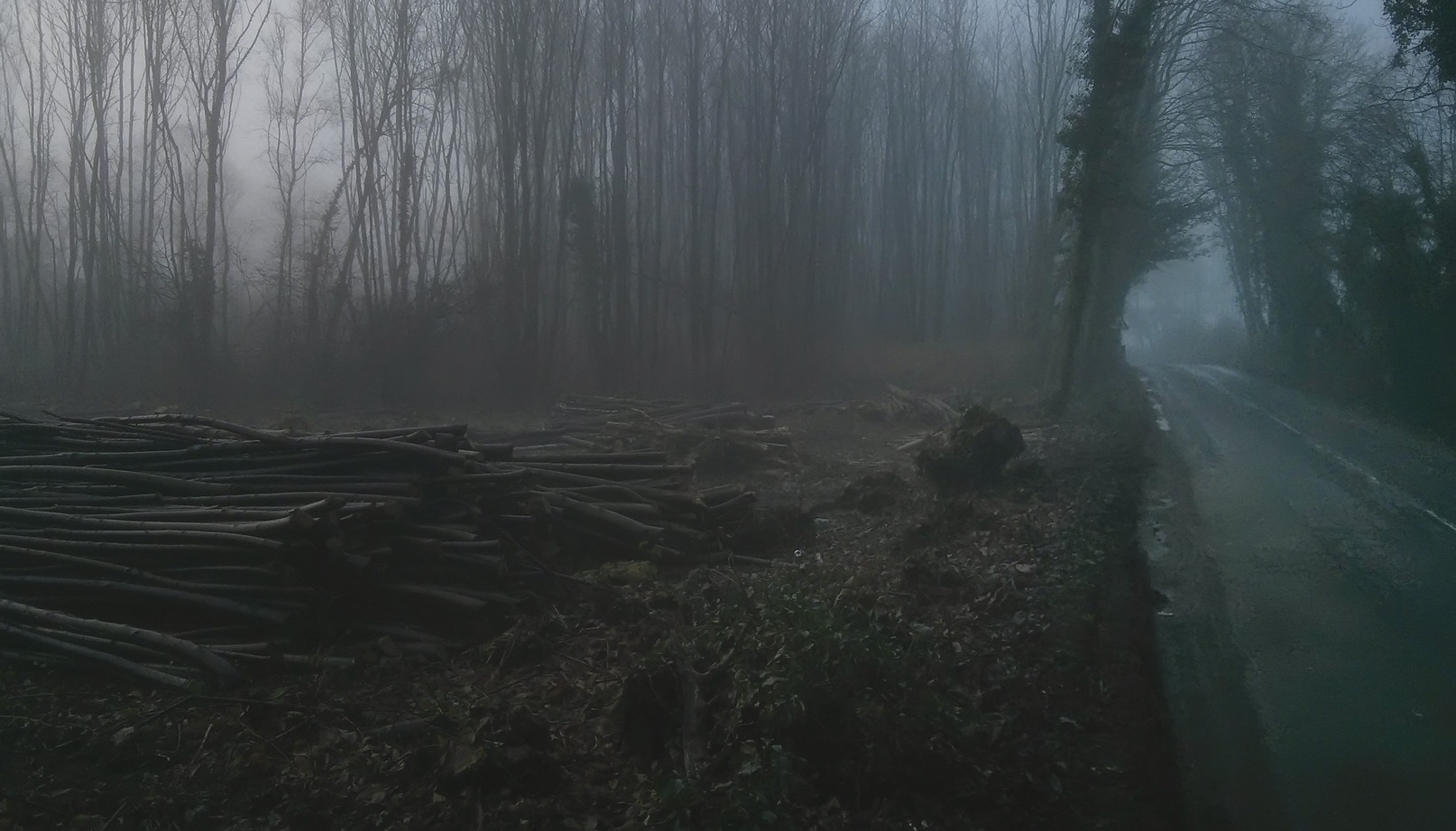 Just then I saw a lone rider coming up the hill. He said that there was loads of icy roads down in the Weald and that several riders had come off (including him, twice) and that the group I was waiting for may have aborted. I couldn’t understand how it could be so icy down the hill when it was totally OK up here. Quickly thinking what my new plans could be, I told him I’d probably ride out to Lenham, keeping ‘up on the (Greensand) ridge’.

After he rode off I decided to give the group a few more minutes in case they did eventually turn up, so I rode up and down the road another five times before giving up. I made my way to Lenham.

It was wet riding through the fog. I frequently had to clear my goggles. It was a slog through the cold, grey fog, but I pressed on and eventually clocked up 30 miles by the time I got home. 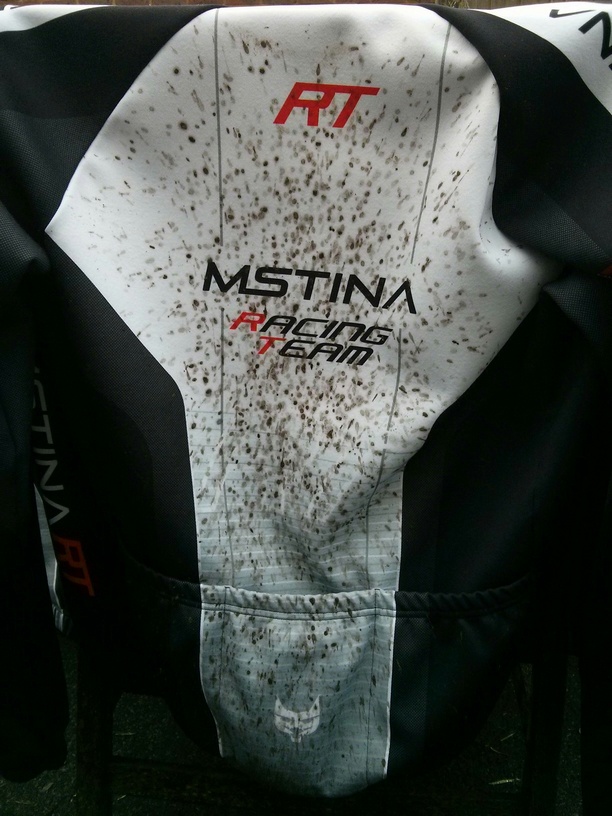 So I’m gradually winding up the mileage after my extended Winter break.

Later I found out that the group had done their ride but had taken another route to avoid the icy conditions, which is why I had missed them.

Fit front light if there’s the slightest chance of fog
Although it started clear, it quickly got quite foggy today. As usual I had my flashing rear red light, the most important one. But when I saw cars emerging, lights first, from the fog ahead I felt that it would have been safer to have a front light too.