I wasn’t going to go out today after yesterday’s ride, but it was such a beautiful day, I  had to go somewhere, so I quickly plotted a short ride, trying to keep it flat, but that’s impossible round here. I planned a 16-mile loop and then added on another climb to Correncon-en-Vercors in case I was feeling up to it.

It was 30°C+. I lotioned-up, put my neck-sun-shade thing on (from the start this time) and set off into the heat. The first six miles were downhill with a tailwind so that was effortless. It was a main road though – not that busy but still vehicles passing regularly. 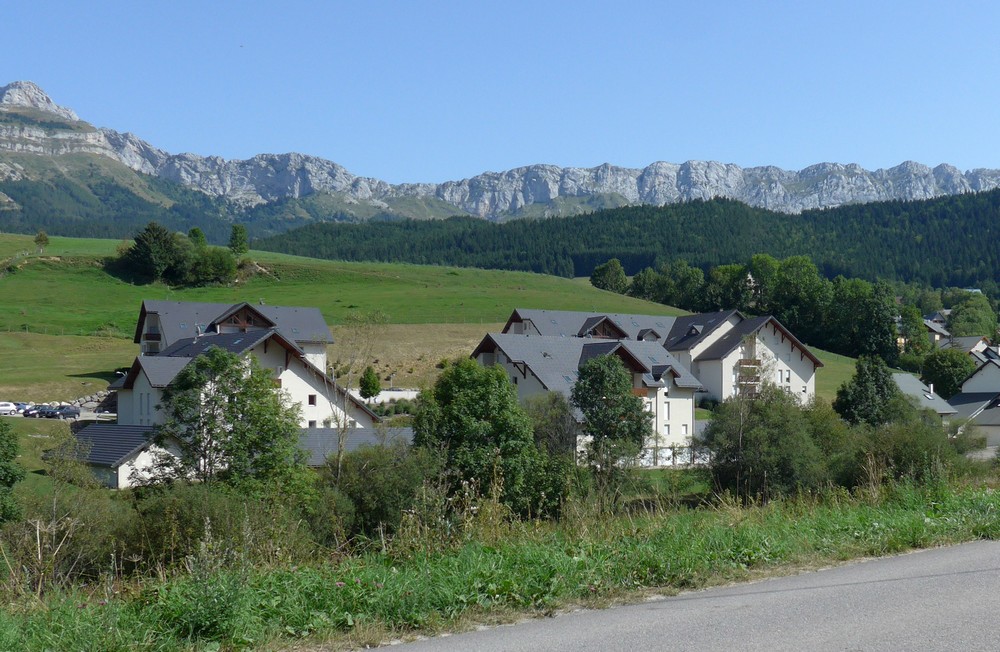 Just through the outskirts of Villards-de-Lans, I came to the point where I could choose to add on the extra climb to Corrençon-en-Vercors to the right. 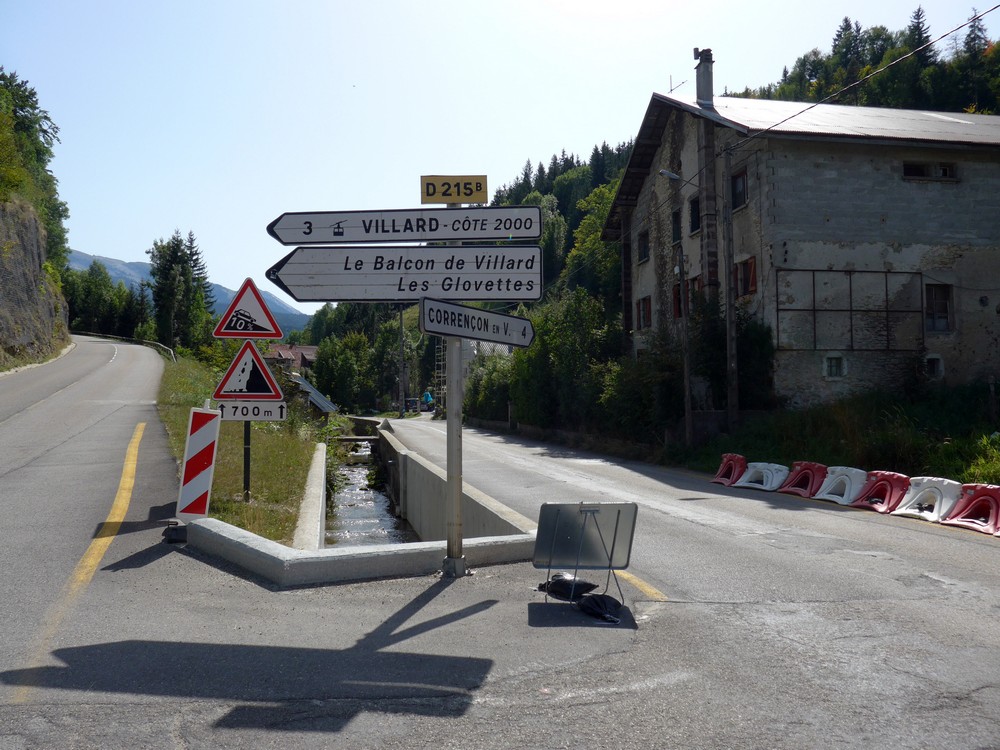 I thought no, I don’t really want to take on a big climb and then come back to this point and have to face this 10% hill – I’d rather do the 10% one now and keep it short. So I chose the left route. 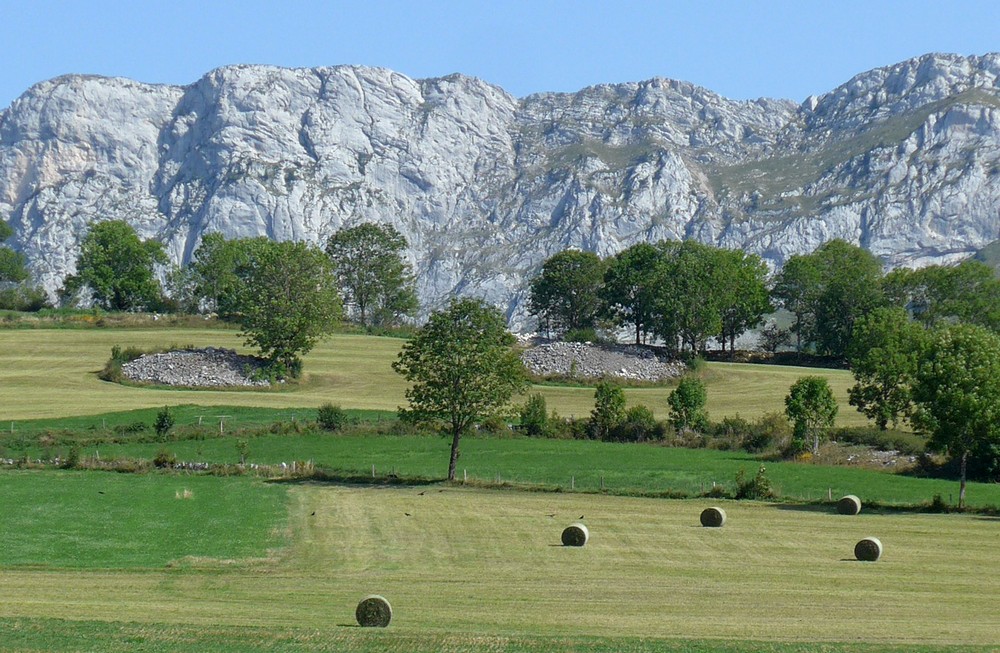 The steep bit only lasted a mile or so, and then backed off as I climbed to le Balcon de Villard, a ski resort with Thunderbirds-style buildings 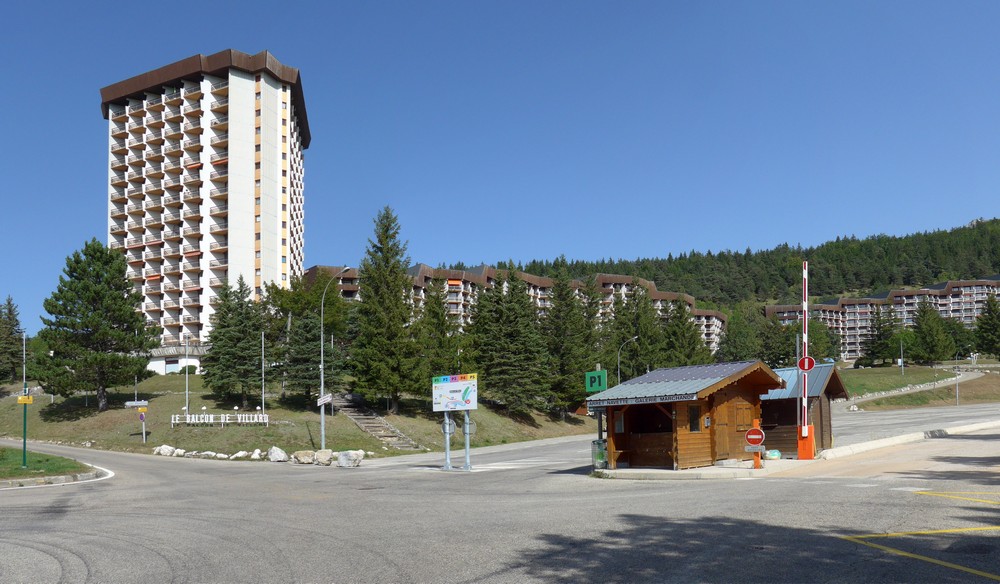 A series of switchbacks then led to the top of the ride at Les Glovettes, also a ski resort. Whereas the first half of the ride had been along a main road and up into the ski stations, the second half was completely different, following a road back along the same valley but higher up the hillside and more rural in nature. There was hardly any traffic. 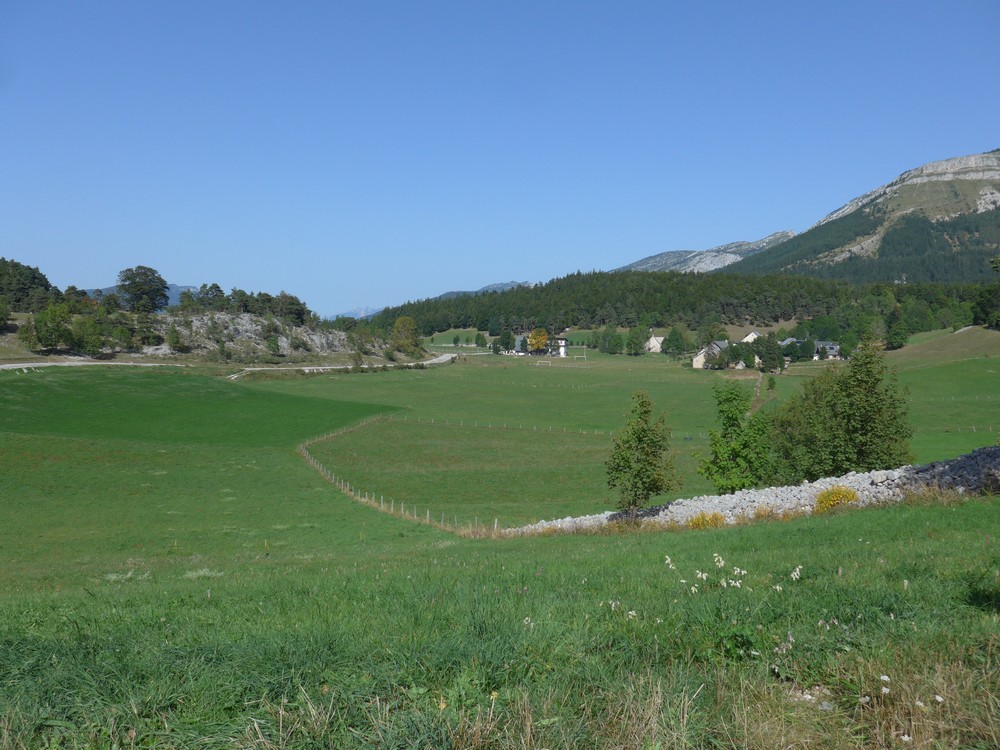 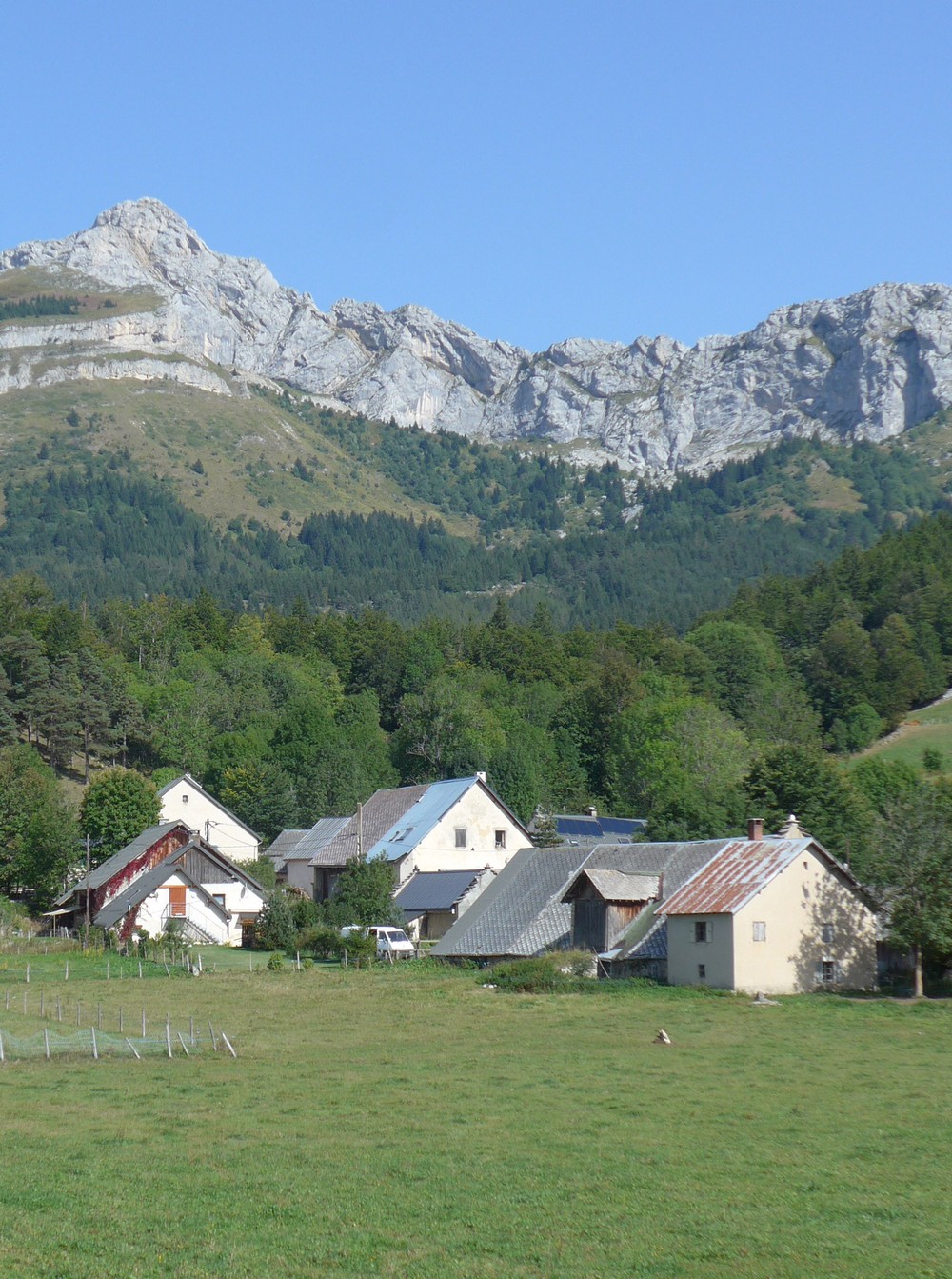 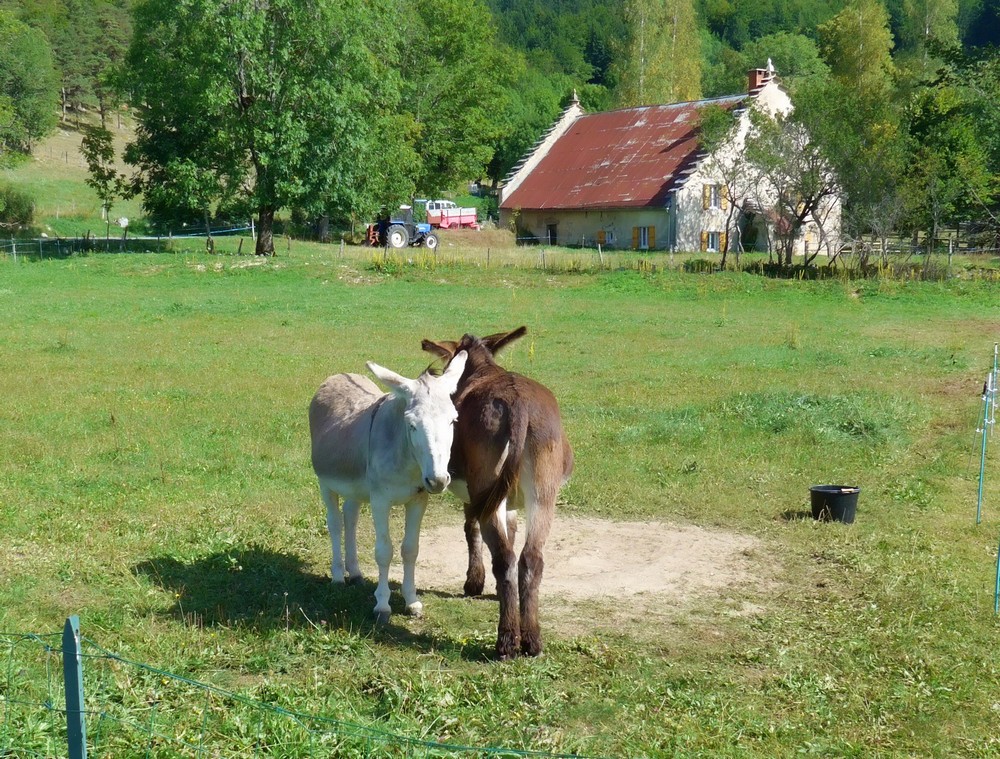 There was a twisty steep downhill section through forest 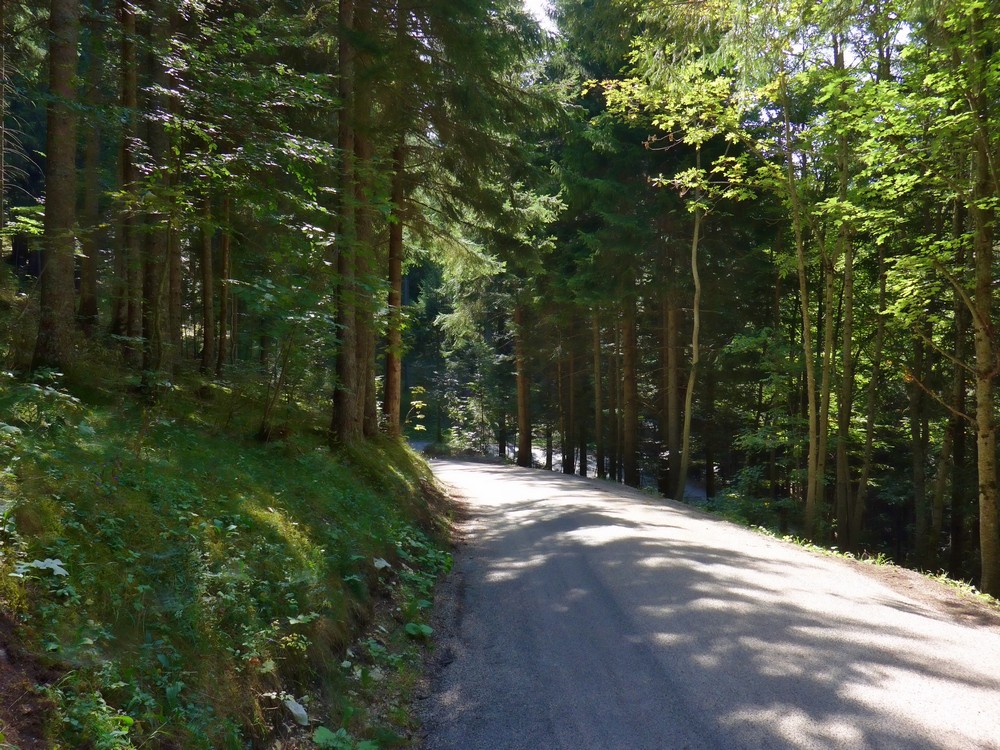 … before it skirted the eastern outskirts of Villards-de-Lans,

.. and then out into the rural hillside neighbourhoods, including a short, sharp, 20% climb between houses, which had me out of the saddle for a minute or so, before it levelled off along the field-covered hillside.

In the absence of any col signs, I just found any old thing to stand in front of 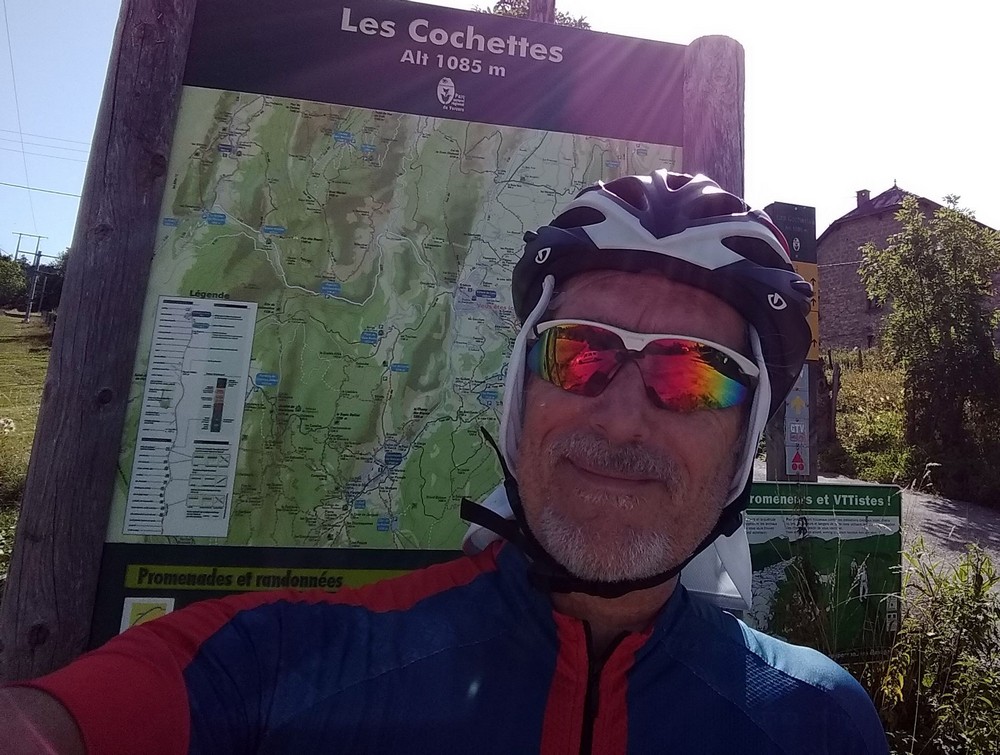 I was glad to be riding along this peaceful lane and not on the main road which I could see in the distance to my left.

Before I knew it, I was back at base. And I felt completely ok. So that was a nice little ride on a beautiful day.