Cloud and mist earlier in the day had given way to a sunny evening for the Summer Solstice. I went out for this leisurely ride:

It was the first time I had ridden around Brenchley. There is an amazing view from Crook Road where there’s a nice lookout point with benches and a 3D model of the view to help identify things in the distance.

Shortly after that I was enjoying an exhilarating descent down Pixot Hill and had reached 40 mph when I glanced down at my Garmin and noticed that I needed to turn left at a lane that  I was already right on top of. There was no way I was going to be able to slow down quick enough to make the turn so I overshot and slammed on the brakes, or at least to the extent to which you can do that on a road bike; which is to hardly any extent at all actually! 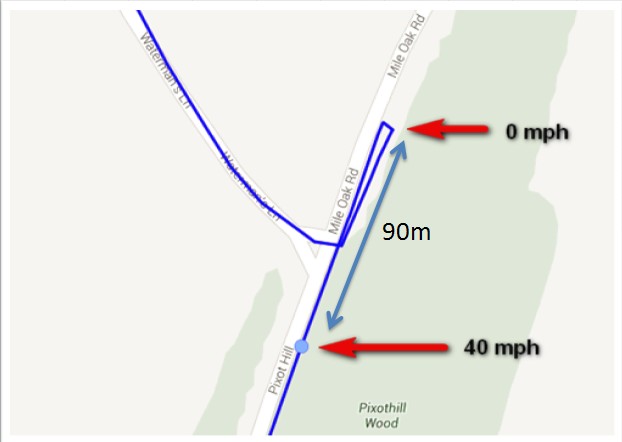 Using data from my Garmin I was later able to work out how long it took me to stop – 90 metres. The stopping distance for a car from 40 mph is 36 metres! Actually I could have stopped faster; I didn’t really brake hard until after I had passed the turning and even then it wasn’t exactly an emergency stop. But it still would have been significantly worse than a car. 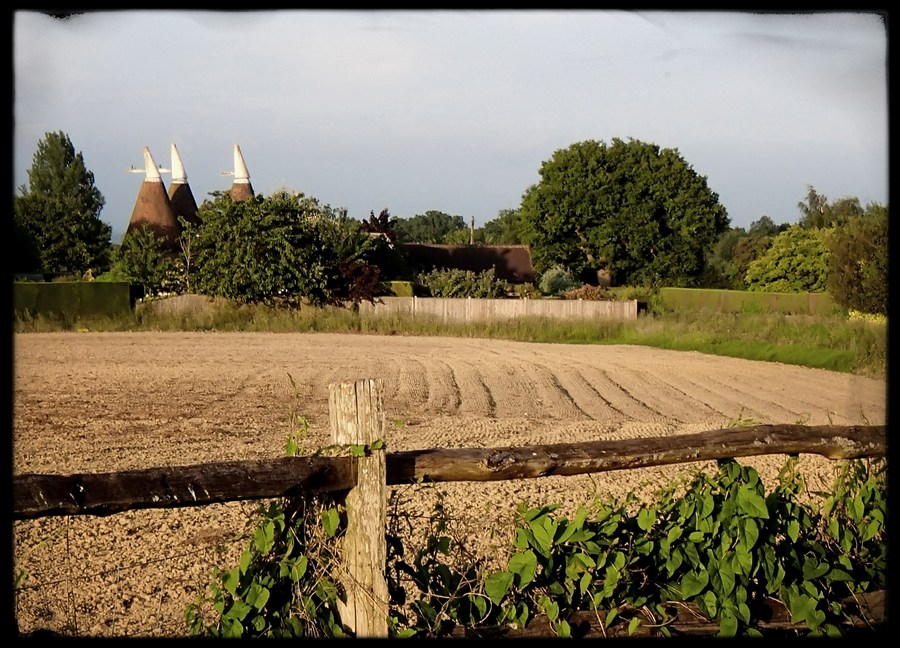 The best part of this evening was when I came to climb Barn Hill. I was really in the mood for it and went up most of it in third gear and blitzed my previous best time by 33 seconds. 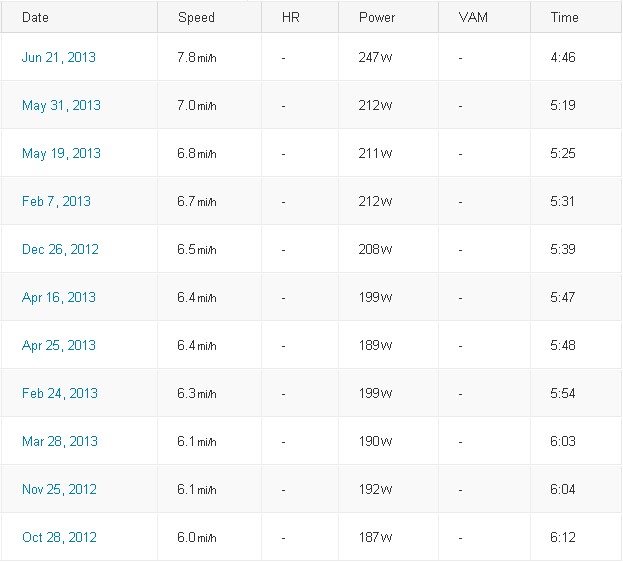 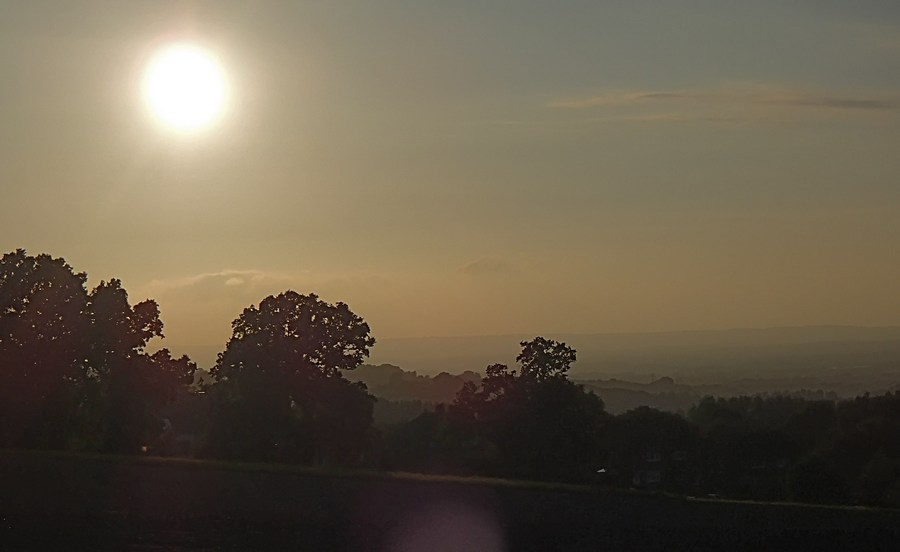 All in all it was un bon solstice d’été.