I left today’s ride until later in the day because there was a chance of it being much sunnier towards the late afternoon, according to the forecast. So I didn’t leave until 2pm. I’d been wondering whether to wear a base layer but then thought that I could always take it off if I get too hot. In fact it turned out to be a good choice to wear one because the air isn’t that warm – it’s probably early 20s °C.

I did the first climb to col de Morbieux in one go, for a change. It was nearly all through a forest with not much in the way of photo opportunities anyway. It looked like it’s part of a sportif because there were signs counting towards the top and one warning of the dangerous descent. 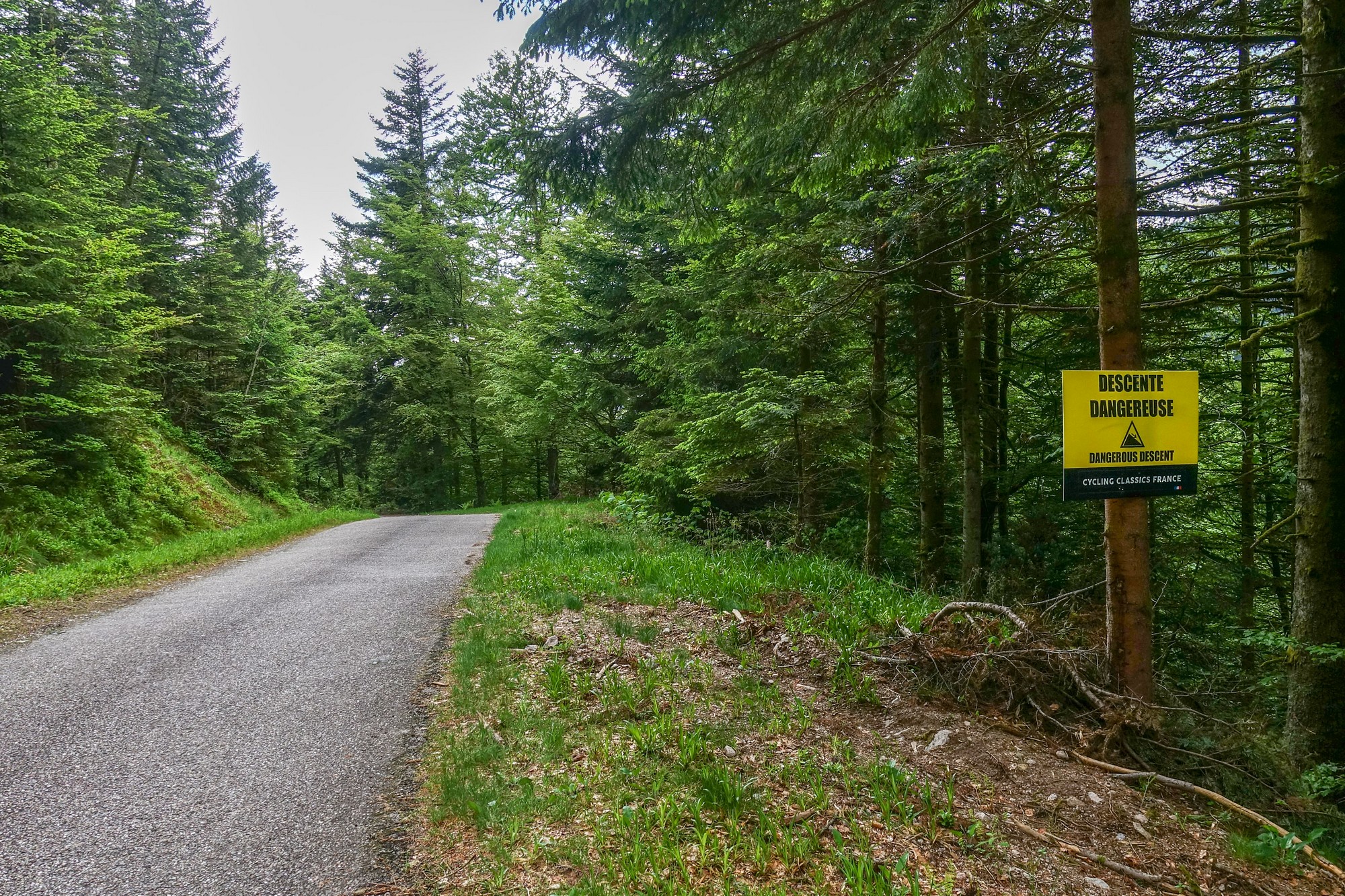 The air felt damp from last night’s rain. It was quite cool, but that was welcome, to counter the heat generated by the climb.

The last section of main road before this point was quite busy and not that pleasant. Anyway the sun has hardly been on me, which is good in a way. I’m just about to take an energy gel and some Ibuprofen and start the climb.

Ballon d’Alsace  is surely one of the climbs with the most consistent gradient. Every single gradient sign said 7%. The road is wide with an excellent surface. There was very little traffic. Often the only thing I could hear was my breathing and the birds.

I was going to do the whole thing in one go, but the saddle on the GT grade just isn’t as comfortable as the Colnago. I did get out of the saddle now and again and that helped slightly, but I had to stop once. So I took the chance to have an energy gel and half a slice of fruit cake.

The last km signpost was missing, so I kept looking out for it, thinking I had more than 1k to go (although my Garmin said different), then suddenly I had reached the top. 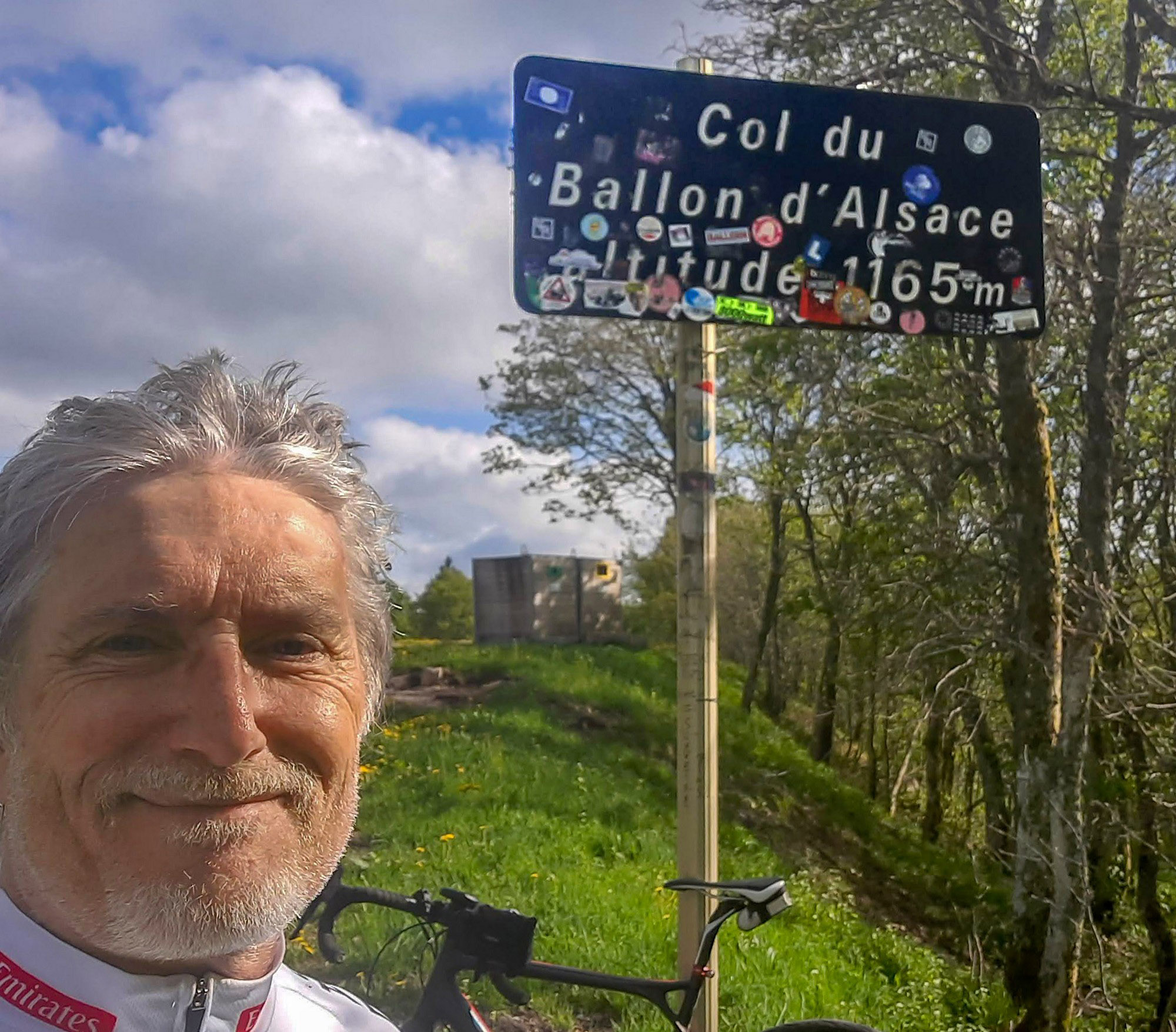 The sun still hadn’t come fully out but was trying to make an appearance. I rode further past the col to see if there was a better view, and there was. 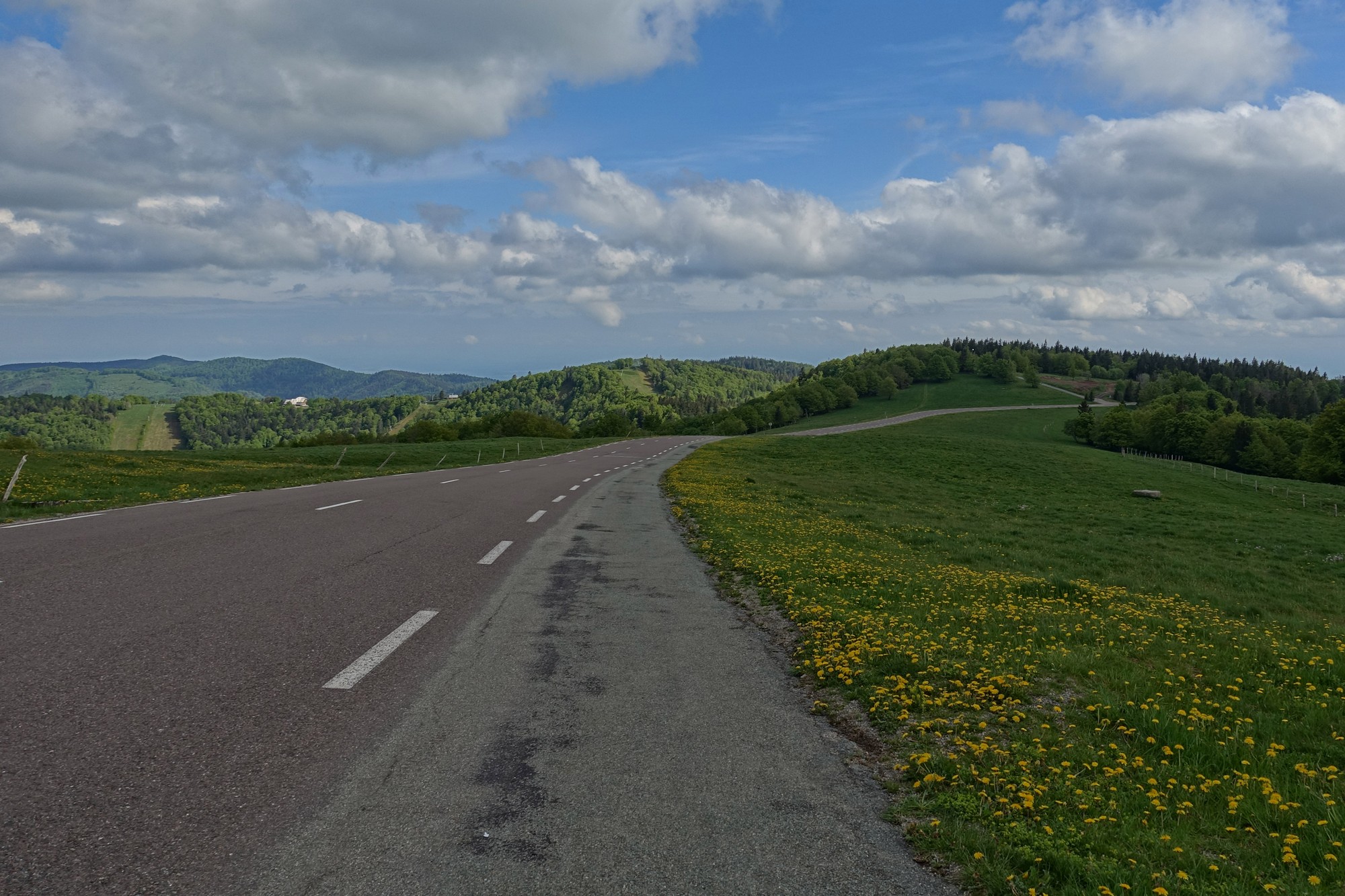 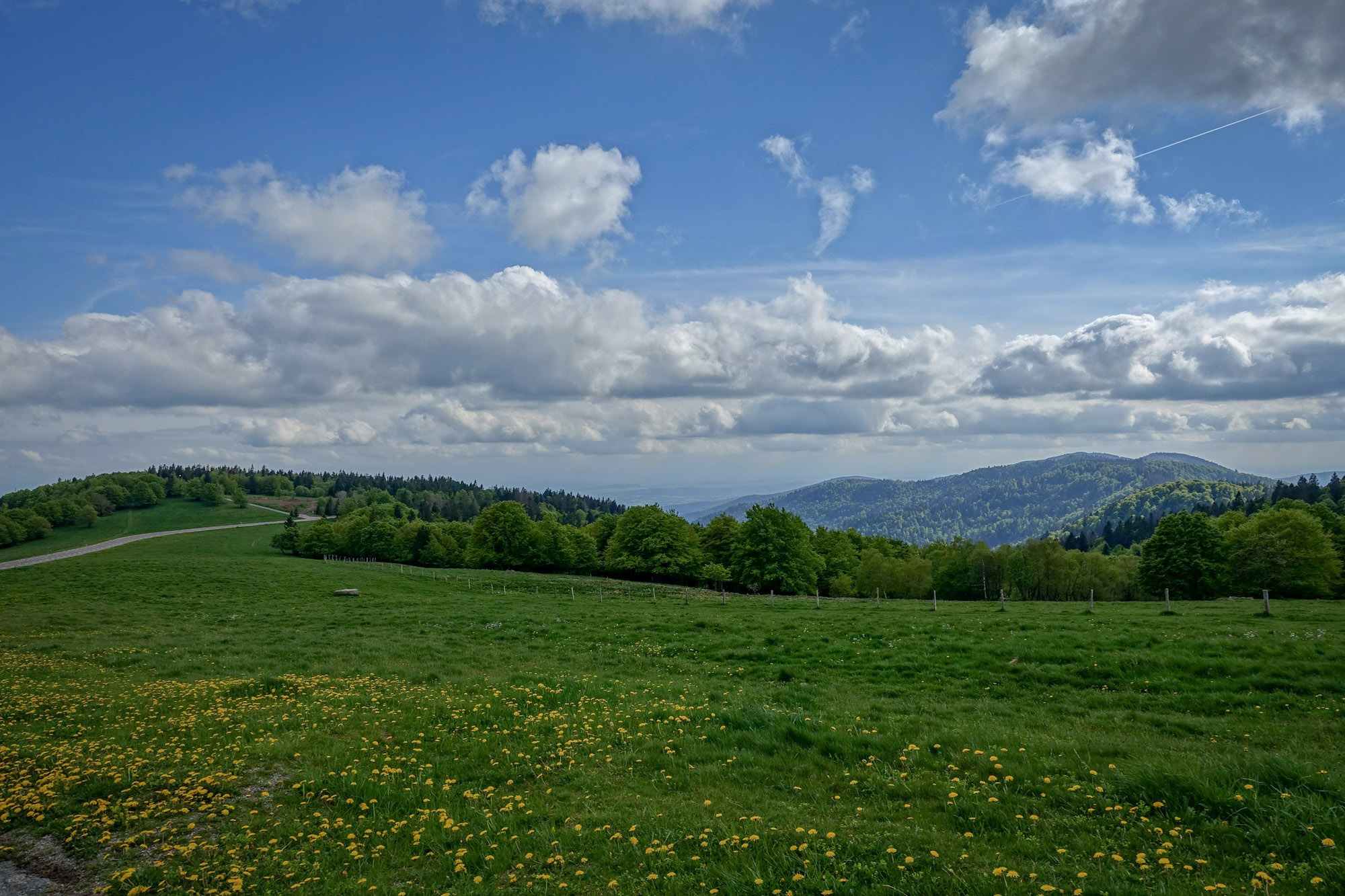 Back at the col, I sat near the war memorial and ate my sandwich.

After my sandwich it was time to descend. I was now concerned that I didn’t have my rain jacket for the descent. So I wore my neck protector thing round my neck like a bib under my jersey to keep my chest warm on the way down. It seemed to work OK. It was chilly but not freezing. And anyway I kept stopping to get photos, which allowed me to warm up a bit.

The descent was excellent. On a par with that from Mont Ventoux. With few switchbacks, just fast sweeping curves and that perfect road surface. 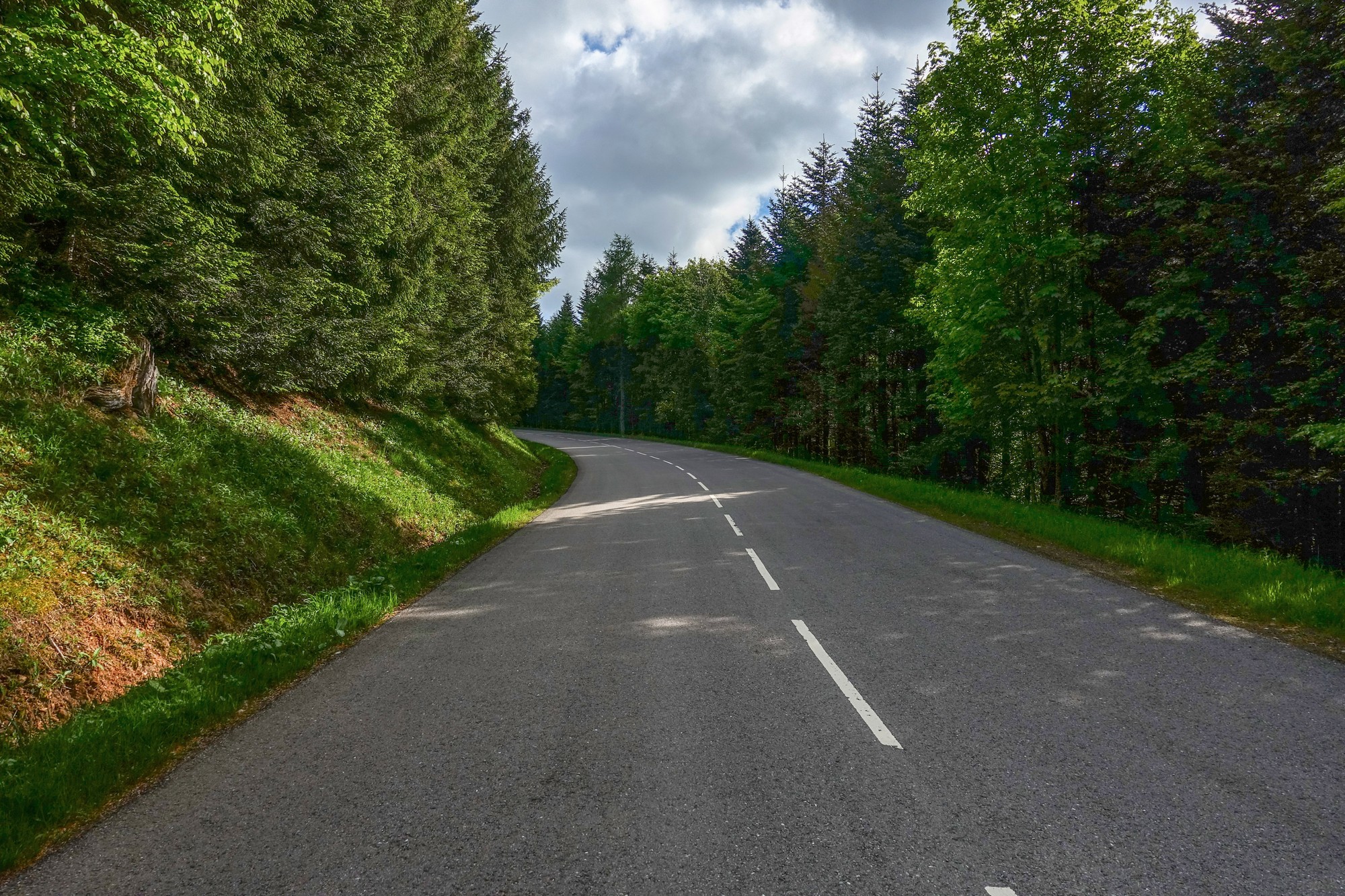 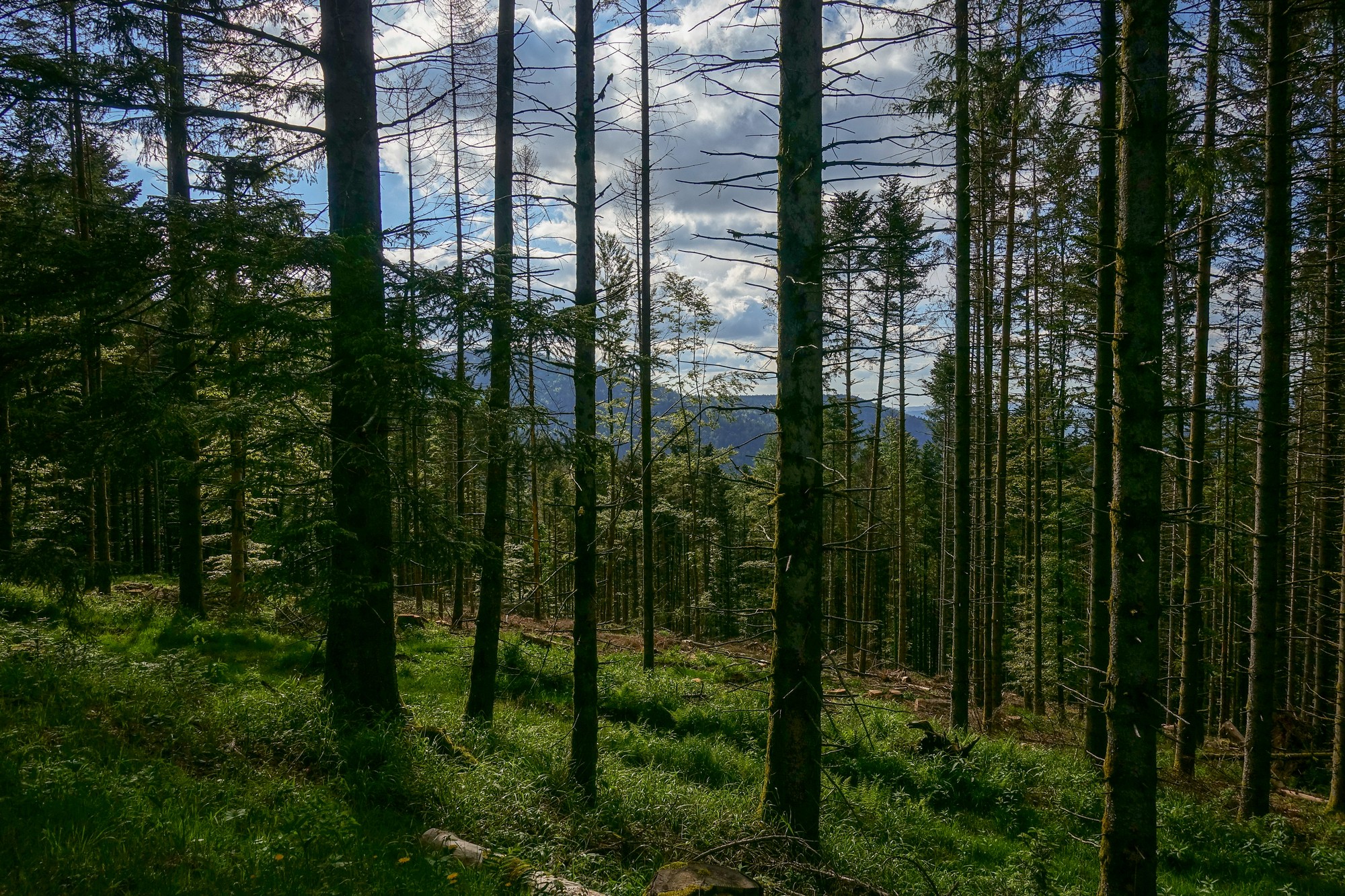 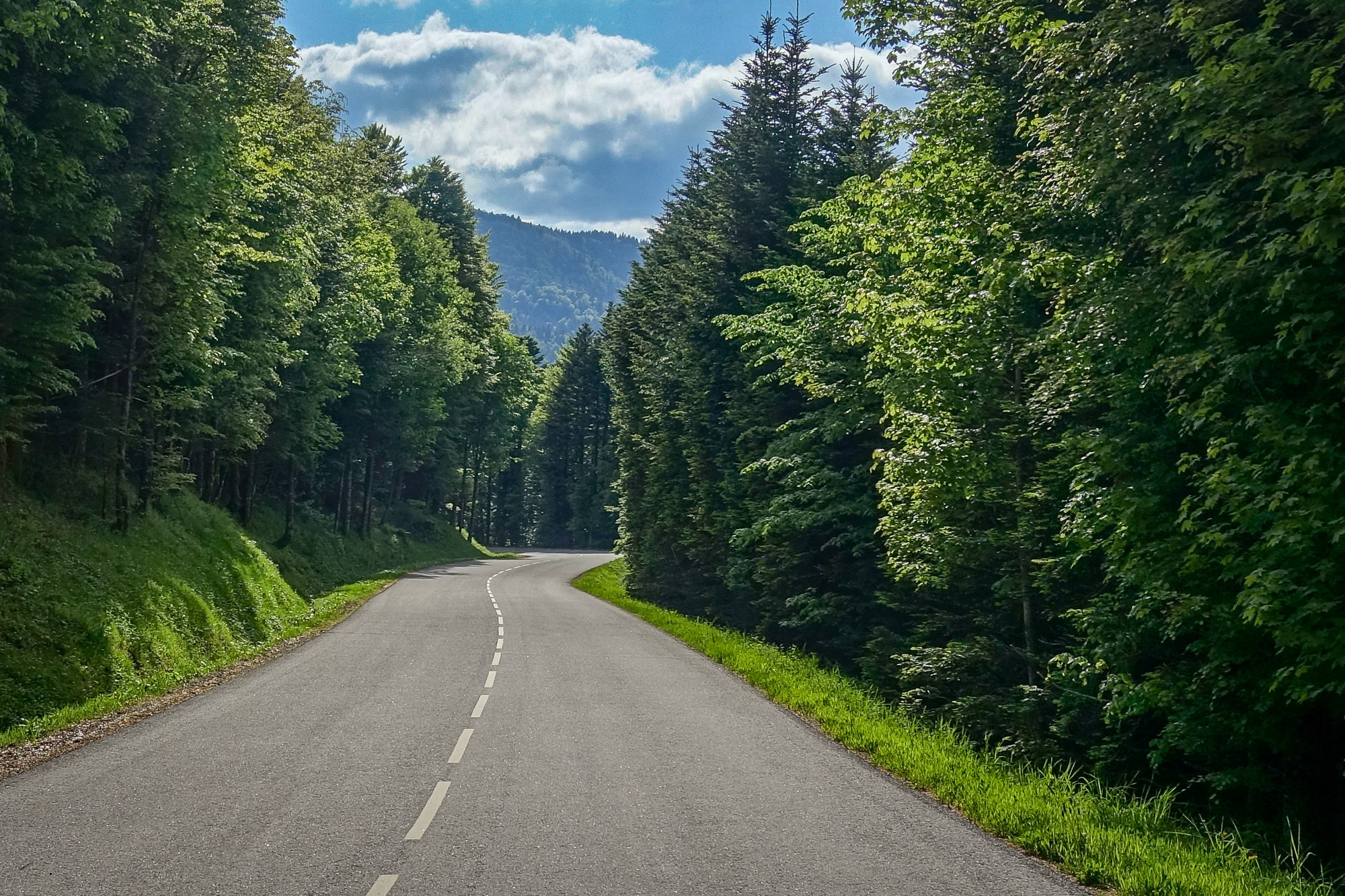 Down at Saint-Maurice-sur-Moselle, it was back onto the busy road to Le Thillot. Then back over the col du Ménil, which is not quite so fraught, and then the descent to Cornimont.

So it had been a nice ride taking in two wonderful climbs, but interspersed with busy traffic on roads I had no way of avoiding. Considering that the Vosges is well-loved by cyclists, I’m surprised there are not more cycle lanes on the bigger roads.