I was chatting to someone about the steep hills on the Greensand Ridge and I said that I thought East Hall Hill might be the steepest. “But surely Vanity Lane is steeper” they said. Needless to say, my next ride included Vanity Lane. I had never climbed this hill but had been down it a couple of times about ten years before. I was always amused by a sign about halfway down warning drivers to be careful of “Free Range Children”.

By the time I came to climb it yesterday I had already ridden 55 miles in 28°C heat, so probably not at my best. The first few hundred metres seemed easy. I looked down at my gears and saw that I was in fourth. “This is going to be easy” I thought to myself. Vanity Lane is one of those hills, like so many around here, that gently twists as it rises, so you can never see that far ahead.

Around one bend it ramps up, and in the distance you can see that it’s getting steeper. In all it has three distinctly separate and progressively steeper segments. The third, and steepest, section starts just before you ride under a strange footbridge spanning the steep-sided (or ‘sunken’ as I have heard it called) lane. 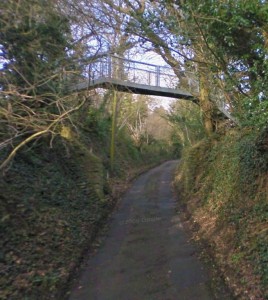 By the time I got to that part I had run out of gears, but I still managed to maintain a steady pace because now I could see the gradient easing up ahead.

Accurately calculating gradients is difficult, it seems. While most internet sites agree when it comes to distances, they vary wildly when it comes to gradients. Strava reports that the steepest gradient in Vanity Lane is over 20%, whereas Cob Lane only reaches 18%. Instinctively I feel that Cob Lane is much steeper than Vanity Lane. My own calculations for Vanity lane show the steep section as being about 15%. Suffice to say that it’s bloody steep. But it’s not as steep as East Hall Hill which is not only steeper, but sustains a steeper gradient for longer. 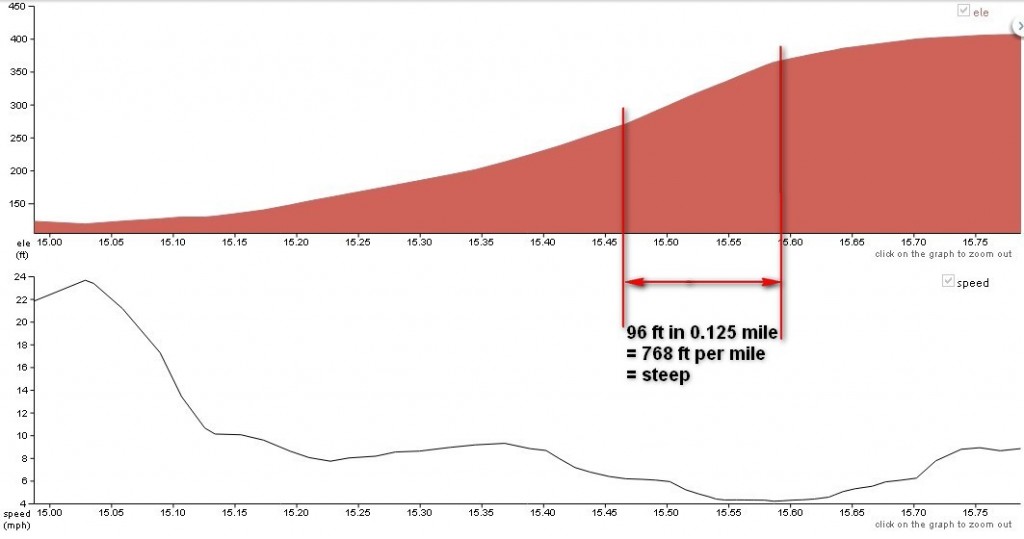