I decided to return to the scene of last week’s anguish, namely Vigo Hill. I also took in some other things that were on my list:

It was an overcast, but calm day; the temperature didn’t seem too bad at 12°C when I set off, but I was cold virtually the whole journey even though I had the same kit on as I did last week when it was cooler?? I took the Colnago, but really shouldn’t have done. The main roads were as dry as a bone but quite a bit of the route was on wooded back-lanes and these were covered in wet debris, mud and puddles. Summer really is over! 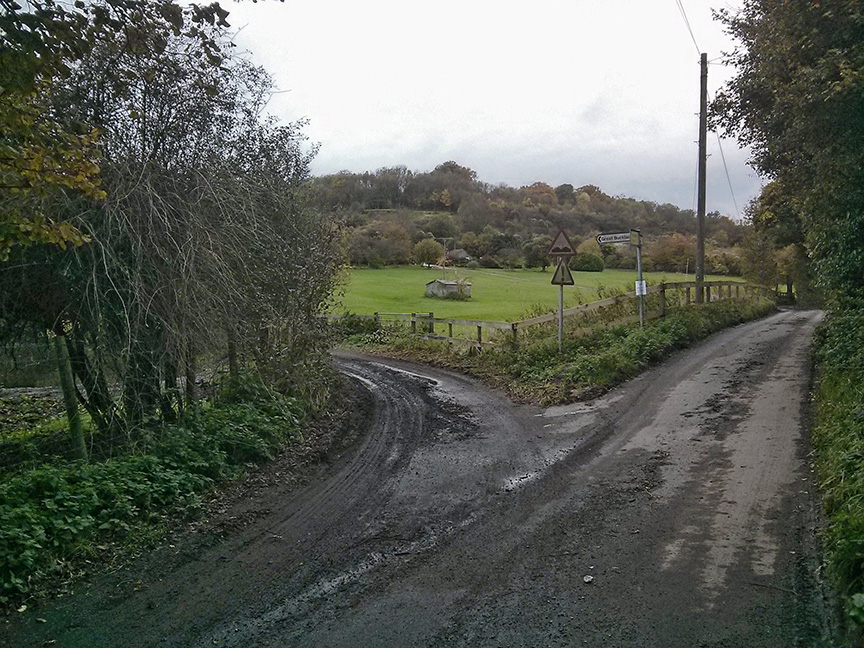 I set off later than planned. The route took me through Yalding, East Peckham, Borough Green and on to Wrotham village, after which I crossed the M20 using a footbridge. This bridge had quite high sides so wasn’t quite as scary as some others I have ridden across – I still found it almost impossible to look to my left or right while crossing it though! On the other side I climbed the A20 to the top.

A couple of miles after that I had a Liquorice-flavoured Mule Bar – it’s the first time I had tried that flavour – it was really tasty! That was to fuel me up for Vigo Hill, which was another three miles down the road. I was psyching myself up for Vigo as I approached it. At least this time I knew what to expect. From memory (no doubt distorted through the suffering), the steep bit leading up to the bridge was quite long, but when I came to climb it today I remember looking up and seeing the bridge and it was much closer than I expected and I thought to myself “Oh, is that all?” Obviously it was still a tough climb, but I knew that all I had to do was get to that bridge and then the gradient eases. In the end I did it 22 seconds quicker than last week, which isn’t as much of a improvement as I was hoping for. I’ll have to go back again!

The route then wended its way across the top of The Downs through Luddesdowne and Cobham, and on to Higham, after which the ride took on a distinctly more urban flavour. Sticking to main roads, the next 15 miles were through built-up areas as I rode through Rochester, Chatham, Waldeslade and Boxley en route to Maidstone.

By now it was getting dark and riding in the cold, dark conditions among busy traffic was not that enjoyable really. Once through Maidstone there was one last four-mile section of countryside before I got home, by which time it was nearly dark. 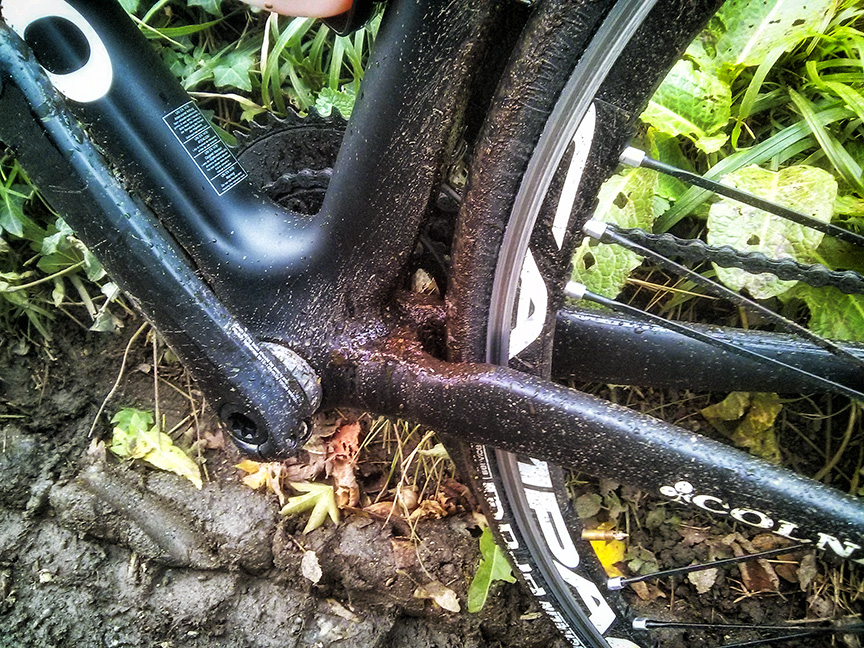 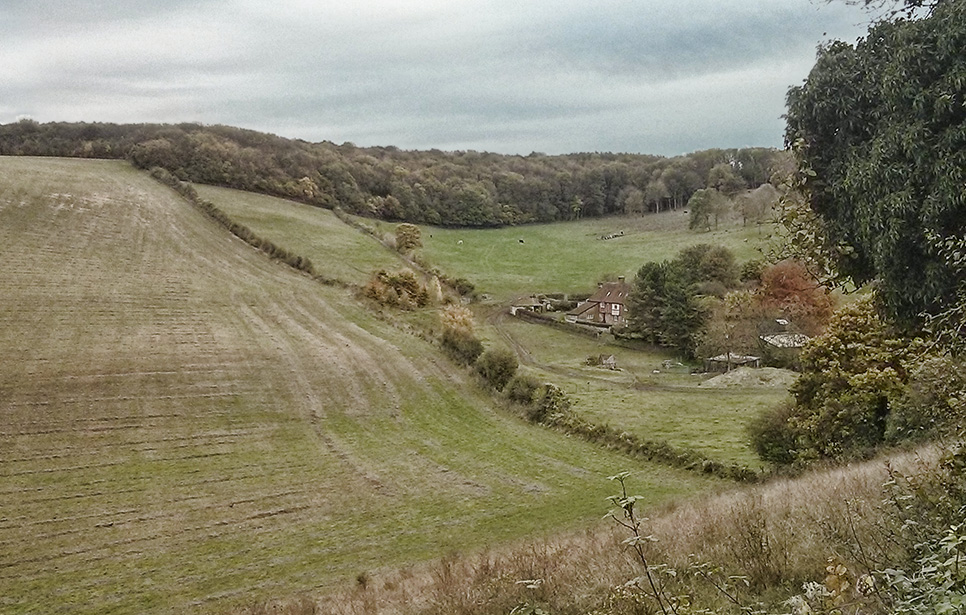 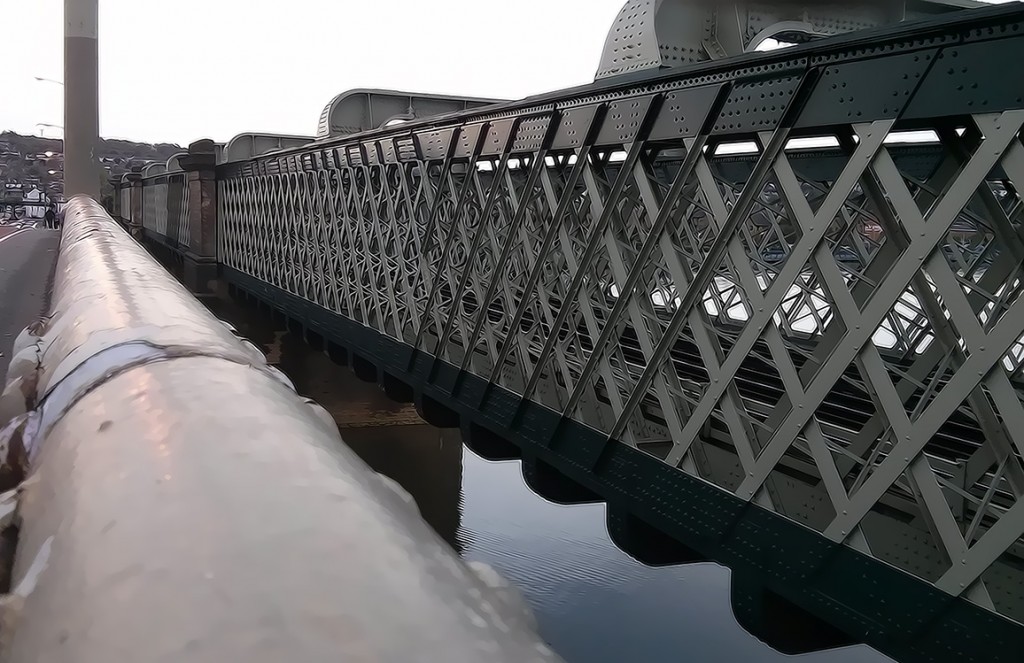 50-mile rides should start before 11AM
…at this time of year. Riding in the dark when it’s cold and damp is no fun.
Liquorice Allsports tastes great!
Tried the Liquorice Allsports Mule Bar today – it tastes delicious!
750ml bidon should be enough for 50 miles
For fairly easy-going 50-mile rides when it’s cold, 1 x 750 ml bidon should be enough. I only just finished a 610 ml one today and was OK, hydration-wise.
Keep eating!
It’s easy to forget to eat when you think you’re on the homeward leg of the journey, but often there are many miles to go and you can start flagging towards the end if you don’t keep up the intake. The last time I ate on this ride was 23 miles, or 2 hours, from the end! I started getting tired and hungry in the final stages.