I first heard about this hill whilst on a club run. It was described as one of the few ‘double-chevron’ hills in the area. 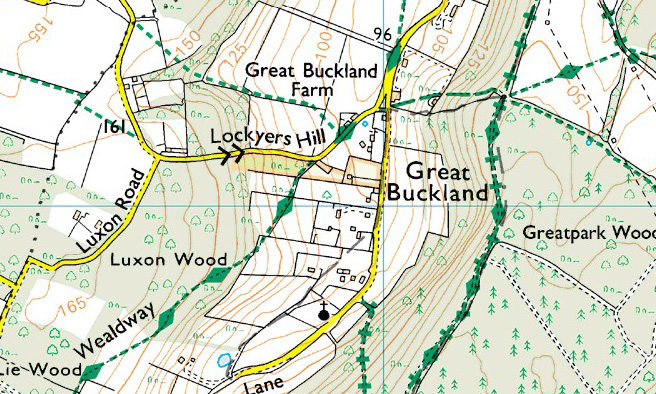 The double chevron symbol on an ordnance survey map indicates a gradient steeper than 20%. In this case it’s 25%!

It’s one of those hills that has trees and woods on each side. As you struggle to climb it there are no visual clues as to the severity of the gradient. The absence of any man-made verticals, like gate posts or brick walls, combined with the lack of long-range view makes it almost impossible to get any sense of how steep the incline might be. Your legs will let you know though! Standing on the pedals in your lowest gear, putting loads of effort in and going virtually nowhere fast are all the signs you need to tell you that it’s ‘kin steep. Like all good hills, this one gets steeper and steeper. And, as if you don’t already have enough to concentrate on as you grind your way up, the surface isn’t very good either, so you have to spend effort dodging the potholes and staying off the gravel.

And now for the good news: it only lasts three and a half minutes or less!

I climbed this hill during this ride. Although Lockyers is steeper at 25%, it didn’t feel as tough as Cob Lane, a mere 20%, which still holds top spot for the toughest hill I have yet encountered.