A cold, grey and blustery day. A pale, watery sun tried feebly to make an appearance but was ultimately powerless behind the dark grey clouds. (Well you’ve got to admit it makes a change from “it was a beautiful sunny day….”!)

I didn’t really know what to expect on this ride. My last attempt on Monday wasn’t a great success and, again, I didn’t know what effect this ride would have on my still recovering knee. I chose a route that had a hilly section in the middle which I could easily cut out if I didn’t feel comfortable by the time I reached it. But everything went well.

The roads were dry so I took the Colnago (any excuse!). Just before leaving I connected my Garmin to my PC and re-installed the old map. A new map I had recently installed made it impossible to see which road to take – in fact the only way to tell was to take an educated guess at the right road and wait to see if the Garmin beeped, telling me I was off course! Restoring the old map fixed this annoyance.

The first thing I noticed after setting off was how windy it was. The wind seemed to be directly in my face so at least I could look forward to a push home on the return leg. I could feel my knee twinging very slightly straight away, but it didn’t get any worse. I took a slight detour at the start of this ride to avoid having to go down the ever-wet-and-muddy Upper Barn Hill. Despite the breezy conditions, I was keeping a good average speed and by the time I came to the hills after about 9 miles my average was just under 16 mph and I felt fine. There was no question of my taking that short-cut I had factored in for emergencies. So into the hills I went. And my knee was OK. Obviously I still took it easy, with hardly any riding out of the saddle.

By the end of the hilly section my average had dropped to 14.3 mph but I managed to build it up again to 15.5 before the last set of hills at the end. I was determined to keep it above 15 mph by the end so I made a strong effort on the last climb, and even posted a PB on Strava for the last main hill, Kenward Road, beating my previous best by 25 seconds!

I was really pleased with today’s performance, especially with the way my knee coped with the ride. OK, so it’s not the same as the 16.3 mph I achieved on this route back in July. But I have extenuating circumstances to excuse that:

Hopefully this is a good sign that I can get back to the fitness levels I had a few months ago and start going on club runs again. 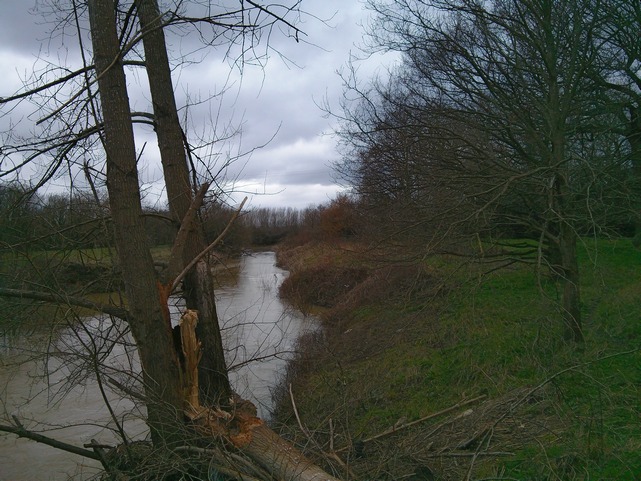 Strava not showing Personal Bests
When I uploaded the data for this ride I was surprised that Strava didn’t show any sort of achievement for my climb of Kenward Road, even though I could see from Strava’s own figures that it was my best time. Further investigation revealed that Strava doesn’t show personal achievements for segments that are hidden (as this one was). The way to fix this is:

Someone suggested a quicker method: change the ride to a hike, save, and then change back to a ride. But this workaround didn’t fix it for me.