The weather forecast predicted strong westerly winds, so I decided on a route that headed west. I modified an old route to Toy’s Hill from last year; I extended it and re-routed it to return through King’s Hill. King’s Hill is a modern ‘village’ built in the 1990’s and only has 2 roads into it and they are both on the same side, so there is no way to plan a route ‘through’ it without going off-road. So all my routes completely avoid the place. But today I decided to see if I could get through there somehow.

The weather was 16°C with sunny spells but felt cooler courtesy of the 24 mph westerly gusting to 36. I wore shorts and short-sleeved top with arm warmers – just right.

Despite the headwind I managed to average nearly 15 mph over the first 22 miles to Bough Beech Reservoir, where I scoffed a .

Two and a half miles later came the target of this ride. I think the wind must have been somewhat behind me as I climbed Toy’s Hill. It seemed relatively easy and I went up the steep bit at the top in second gear and I didn’t even get out of the saddle! I beat my previous best time by over a minute. 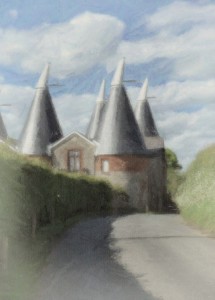 With the wind behind me on the return I got another really good personal best time up Long Mill Lane, which I ascended two minutes quicker than my previous best.

Eventually I came to King’s Hill. My Garmin guided me through its maze of roundabouts until the road I was on was blocked totally by a wire mesh fence running right across the road and off into the distance. It looked like a building site on the other side of the fence; there were roads and houses and stuff in an unfinished state. But there didn’t seem to be any way through – maybe I wasn’t meant to leave ‘The Village!’. I felt like walking up to and shaking the fence shouting “I am not a number!…etc”. Instead I rode across a grass field alongside the fence and eventually there was a way through. Then I could cycle back to the other side of where I had previously been. I rode through an almost-completed section of the village until my Garmin led me down behind some houses and to a distinctly seedier side of town. 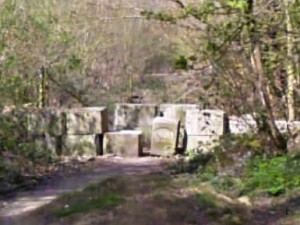 And then I was on a rough overgrown footpath covered with rubbish and broken glass.

Eventually I came to a formidable barrier constructed from large concrete blocks, on the other side of which was…. the road to freedom! Well, Teston Road anyway! I had managed to achieve what never did in The Prisoner.

As I cycled to freedom along Teston Road I could almost hear that iconic theme music playing in my head.

During the 5 further miles to home I achieved another personal best by smashing my time along North Pole Road by over a minute and a half, at an average of over 20 mph. Again, the trailing wind must have had a part to play. The advantages of a windy day! 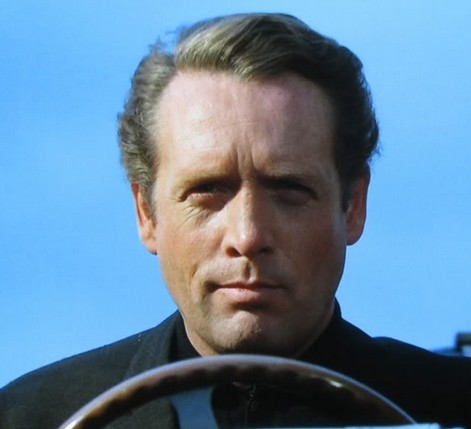